The renowned, international touring ensemble will play to a socially distanced audience in Manistee, with the show — sponsored by West Shore Community College — also live-streamed across the country. 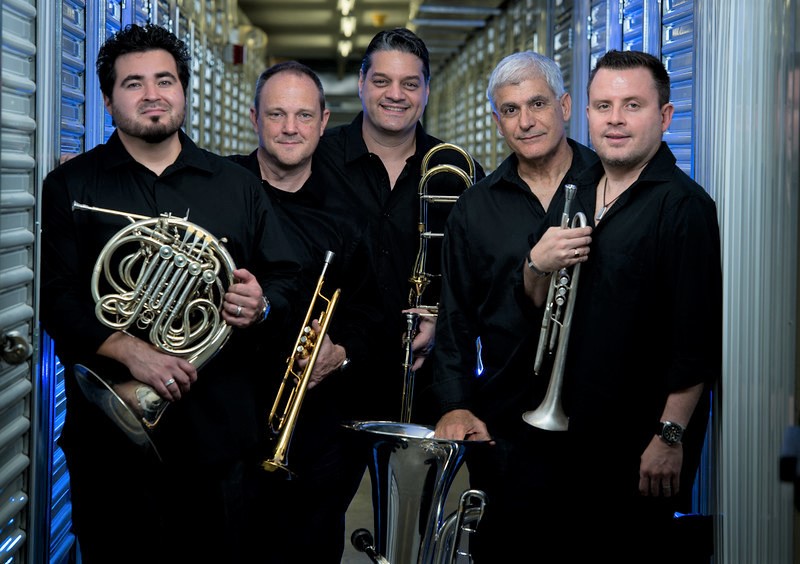 In this season of the pandemic, live performances have been all but scuttled.

Concert halls, nightclubs and arenas have all sat silent, and musicians have been relegated to live-streaming small shows from home.

Jeff Conner, leader of Boston Brass, said the brass quintet was used to criss-crossing the country to perform. While he bemoaned the loss of performances, he knew that artists weren’t the only victims of the pandemic’s shutdown of the industry. 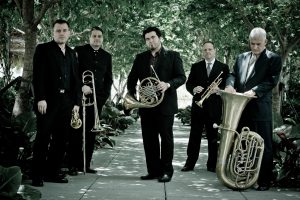 Broad Reach: The live-stream featuring Boston Brass will be hosted by more than two dozen entities across the country. (Courtesy Photo)

That’s when they came up with an idea.

What if the group was to put on a virtual show that would support these venues and be available to patrons of some of the places in which the group typically performs? The rest of the group — which is scattered around the country and typically records its albums in Florida — embraced the idea.

So did Xavier Verna, the executive director of the Ramsdell Regional Center for the Arts in Manistee, who had been contacted by Bryan Jao, his counterpart at the Midland Center for the Arts, regarding being one of the venues to “host” such a performance. Both are part of Michigan Presenters, a statewide coalition of non-profit organizations committed to the advancement and presentation of the performing arts.

Verna, in turn, spoke with David Middleton, manager of the Boston Brass and other groups. He suggested to Middleton the possibility of incorporating a live performance to a small, socially-distanced audience at Ramsdell Theatre with one streamed to a virtual audience.

“We could have virtual and limited capacity (audiences). He was intrigued because we could have some live people. He liked that,” said Verna.

West Shore Community College agreed to work with Ramsdell and be a sponsor.

The result: On Sunday (Oct. 18), Boston Brass will perform at 8 p.m. at Ramsdell Theatre for a maximum crowd of 125 people, with the show also available for streaming online through the Ramsdell and two dozen other facilities across the country — from Alabama to New Hampshire to Oregon.

Tickets to the live performance are $30 for the main floor, $20 for balcony and $10 for 18 and under, available here. The live-stream from Ramsdell is free, though donations are accepted.

A RARE AND SPECIAL SHOW: ‘IT’S GOING TO BE FUN’

“Because we have the live audience, it seemed to me (appropriate) to do the live-stream for free,” said Verna.

Boston Brass — formed by Conner in 1986 while a student at Boston University — has performed for more than 30 years, traveling to all 50 states and 30 countries. The group typically maintains a very busy concert schedule, and was on its way to a performance when the pandemic struck. 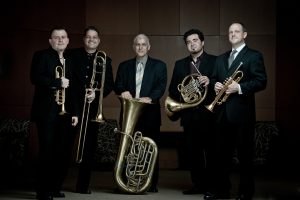 “We’re on the road 200 days a year. On March 11, we were on a plane to Chicago. We got off and the festival had been canceled. It was the first time I’d unpacked,” said Conner, of Boston.

The group is committed to teaching as well as performing, typically holding numerous clinics and master classes, often in conjunction with its performances. “The educational events are really important for us,” Conner said.

The group has offered some online educational opportunities during the pandemic, but Sunday’s show represents its first performance since that March cancellation and the first time all five members will have been together — in socially distanced fashion.

“We’re going to be more spread out than usual, six to eight feet apart,” Conner noted.

The program at Ramsdell will include a variety of pieces from classical, jazz and the popular idioms. Among them will be “Wachet Auf” by Bach, “Caravan” by Duke Ellington, “Milonga de Angel” by Astor Piazzolla, even the theme from “The Green Hornet” by Billy May.

“We haven’t played in six months,” he said. “It’s going to be fun. It’ll be great to see each other.”

For more information about the group, visit BostonBrass.com. For tickets, go to RamsdellTheatre.org.