The Grammy-winning guitarist and singer wowed a capacity crowd in her return to Grand Rapids, with another legendary guitarist, Richard Thompson, adding to the star-studded night. 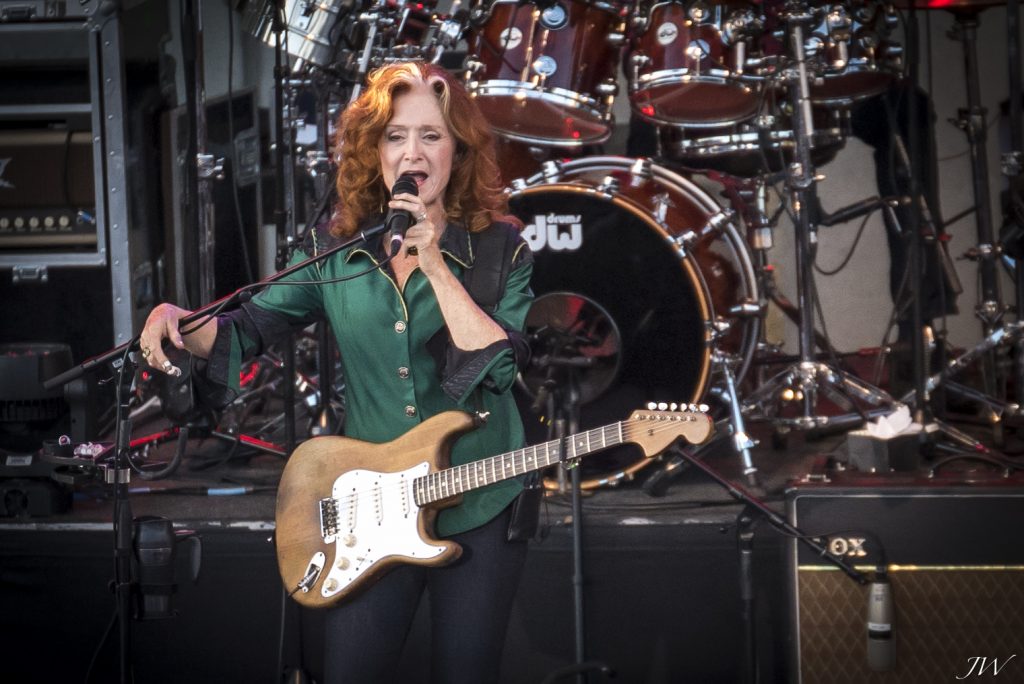 The inimitable Bonnie Raitt sets the bar remarkably high whenever she tours, unfurling spellbinding vocals and classic slide-guitar riffs backed by a top-drawer band that oozes upbeat camaraderie and professionalism.

Not only that, but her performances at Frederik Meijer Gardens & Sculpture Park over the years have paired her with living legends (Taj Mahal in 2009 and Mavis Staples in 2012), who’ve rejoiced in the graciousness of an artist who relishes putting influential but oft under-appreciated artists in the spotlight.

Wednesday night was no exception, as English guitarist-singer Richard Thompson got things started with aplomb, earning a deservedly warm welcome from the sold-out crowd of 1,900 as he led his trio through classics such as “1952 Vincent Black Lightning” and “Tear-Stained Letter,” the latter which appeared on his post-Linda & Richard Thompson solo album, 1983’s “Hand of Kindness.”

The 45-minute set, featuring Thompson’s eye-popping guitar work, served as the ideal warm-up for Raitt’s resplendent set, which launched with a rock-propelled cover of INXS’s “Need You Tonight” – from her latest album, “Dig in Deep” – and closed with The Talking Heads’ “Burning Down the House” and “Your Sweet and Shiny Eyes” about 1 hour and 42 minutes later.

It also naturally and appropriately saw Thompson return to the stage to perform “Dimming of the Day” with Raitt and her band, a song that Raitt dedicated to her longtime pal, Mario Leon, of Grand Rapids.

“I’m not going to even try to duplicate Richard Thompson and how magnificent he is,” Raitt had said early on.

Nevertheless, she proceeded to do that anyway, following “Need You Tonight” with a striking version of “Used to Rule the World,” a Randall Bramblett cover from her 2012 album, “Slipstream,” and proving definitively that she still rules the stage like no one else, with her singing as well as her tasteful slide-guitar leads.

Elegant yet sensuous, Raitt exudes an ever-gracious, comfortable and audience-engaging stage presence that puts her in a class all her own – and the mostly baby boomer fans appreciated every minute of it, from covers of rousing songs such as Los Lobos’ “Shakin’ Shakin’ Shakes” to the poignant and melancholy “I Can’t Make You Love Me” that led off a three-song encore.

And when perhaps the sexiest 66-year-old guitarist in America croons a stunning tear-jerker like “I Can’t Make You Love Me” or the John Prine classic “Angel From Montgomery,” it seems like every word cuts to the depth of one’s soul.

Members of Raitt’s band — guitarist George Marinelli, keyboard player Mike Finnigan, bassist James “Hutch” Hutchinson and drummer Ricky Fataar – were equally at ease on those tender, slow ballads as they were on rousing barn-burners, including “Gypsy in Me,” “What You’re Doin’ to Me” and “Burning Down the House.”

The multi-Grammy Award-winning singer and guitarist chatted amiably with fans throughout the night, remarking on everything from their appearance (“You look so healthy and tan”) to the welcome break in humidity (“This is a blessing”) to bemoaning election campaign spending (“The system is broken; let’s fix it”) to commending her all-star band (“It’s a mighty quartet and I get to be the queen bee, spreading honey wherever I go”).

That sweet and smooth honey certainly was in abundant supply on Wednesday, with a reserved yet passionate musical fire simmering just below the surface of Raitt’s rootsy music and the songs she resolves to cover.

“Could it be any more beautiful than this?” Raitt had exclaimed at the beginning of the night, praising Meijer Gardens as “one of the most exquisite places” she’d ever been.

After Wednesday’s night’s performance, no one in the audience would disagree. 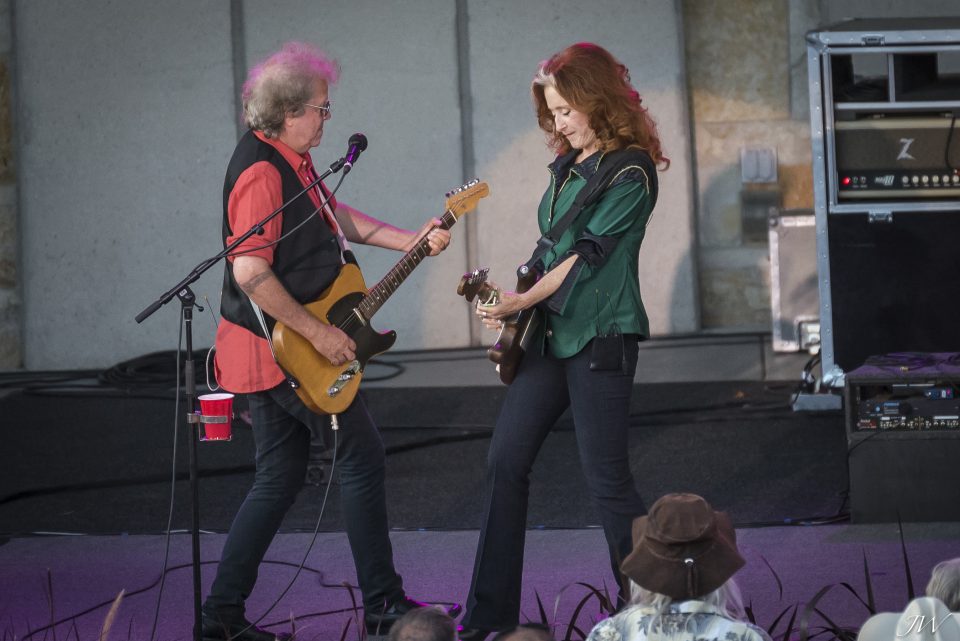 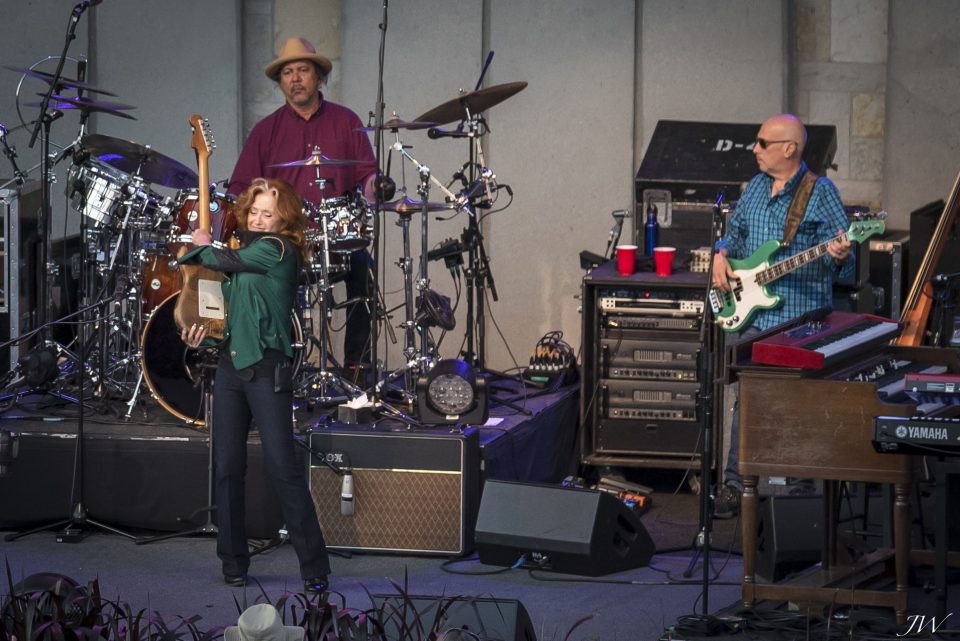 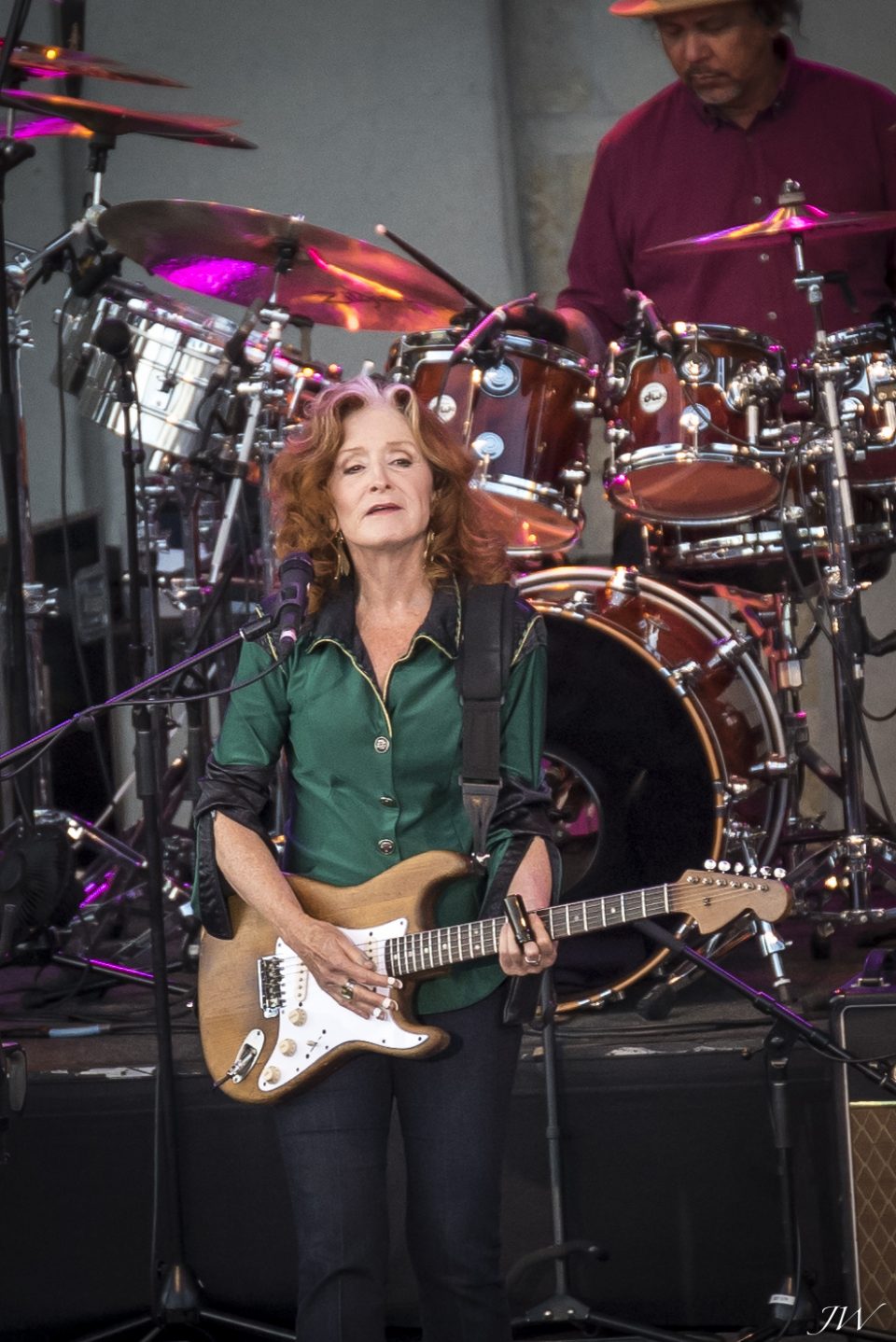 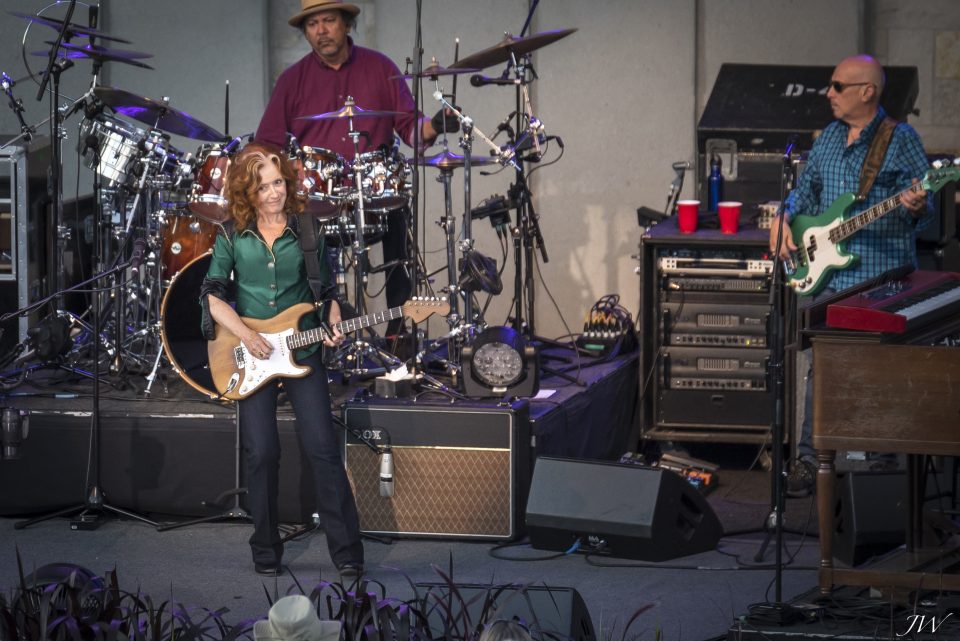 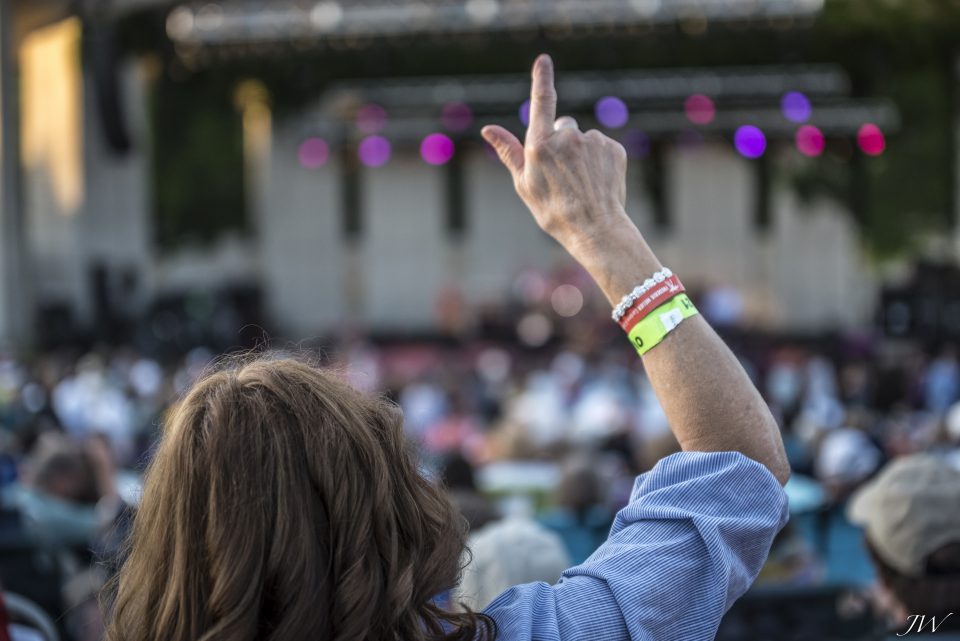 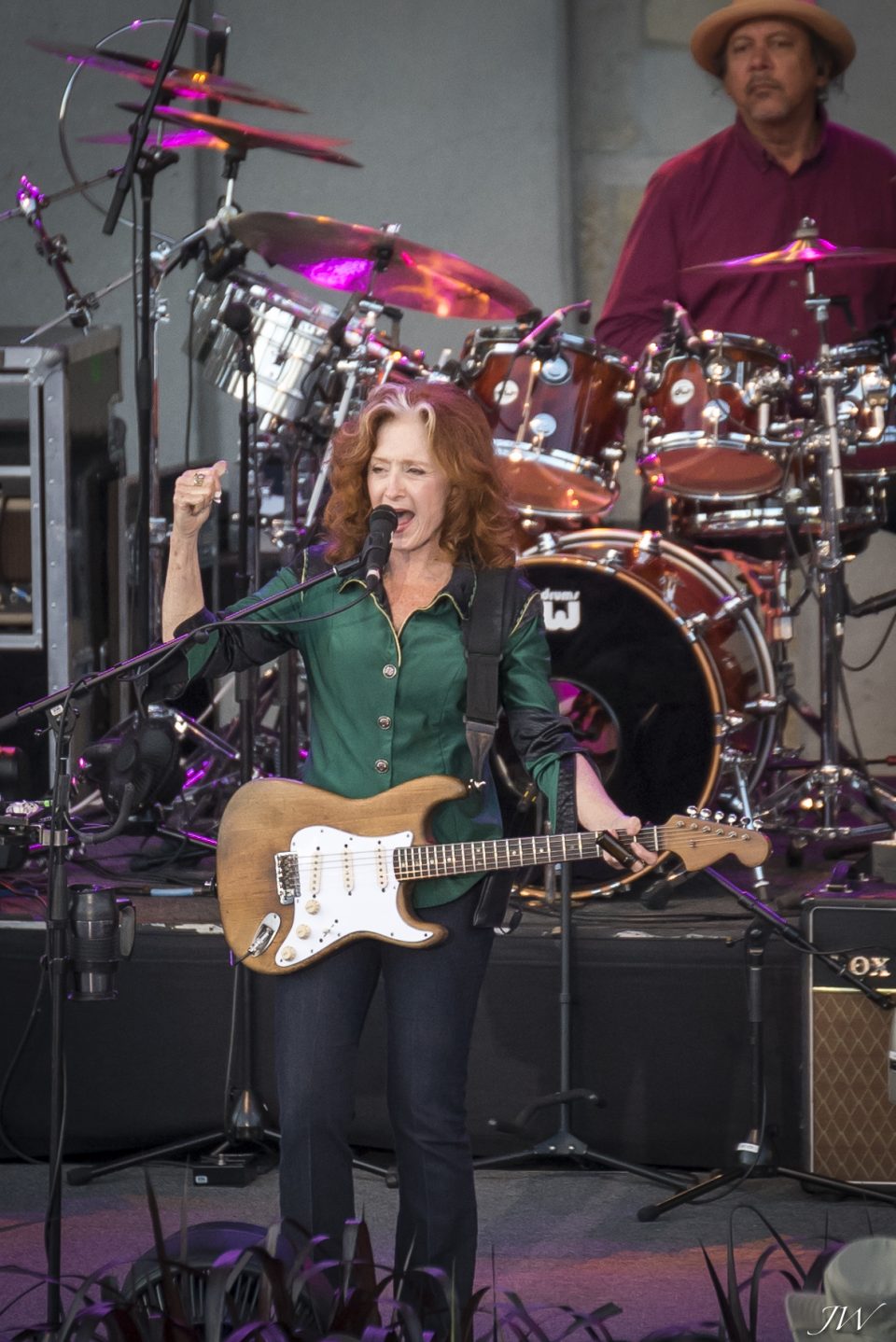 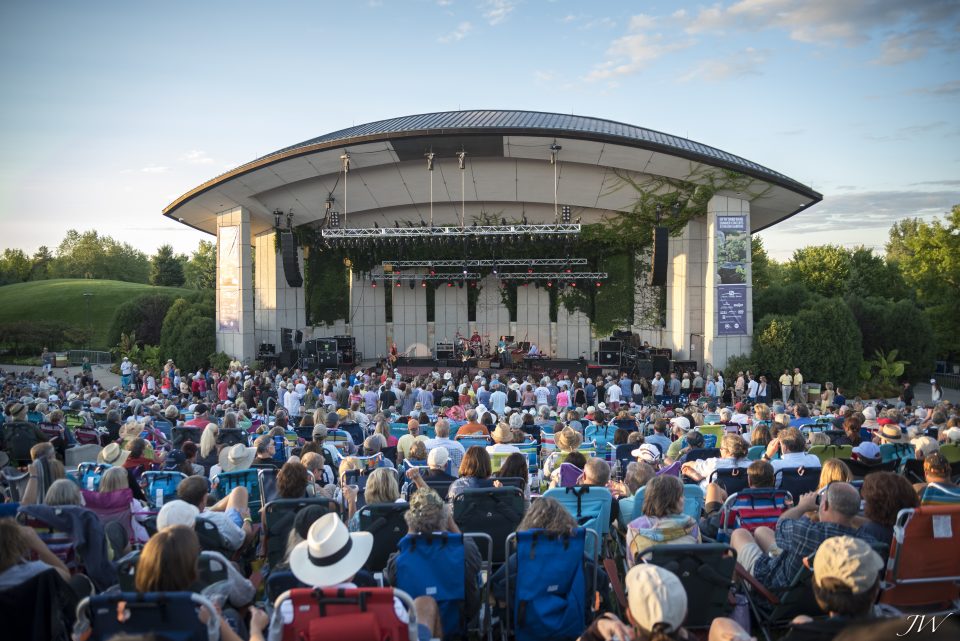 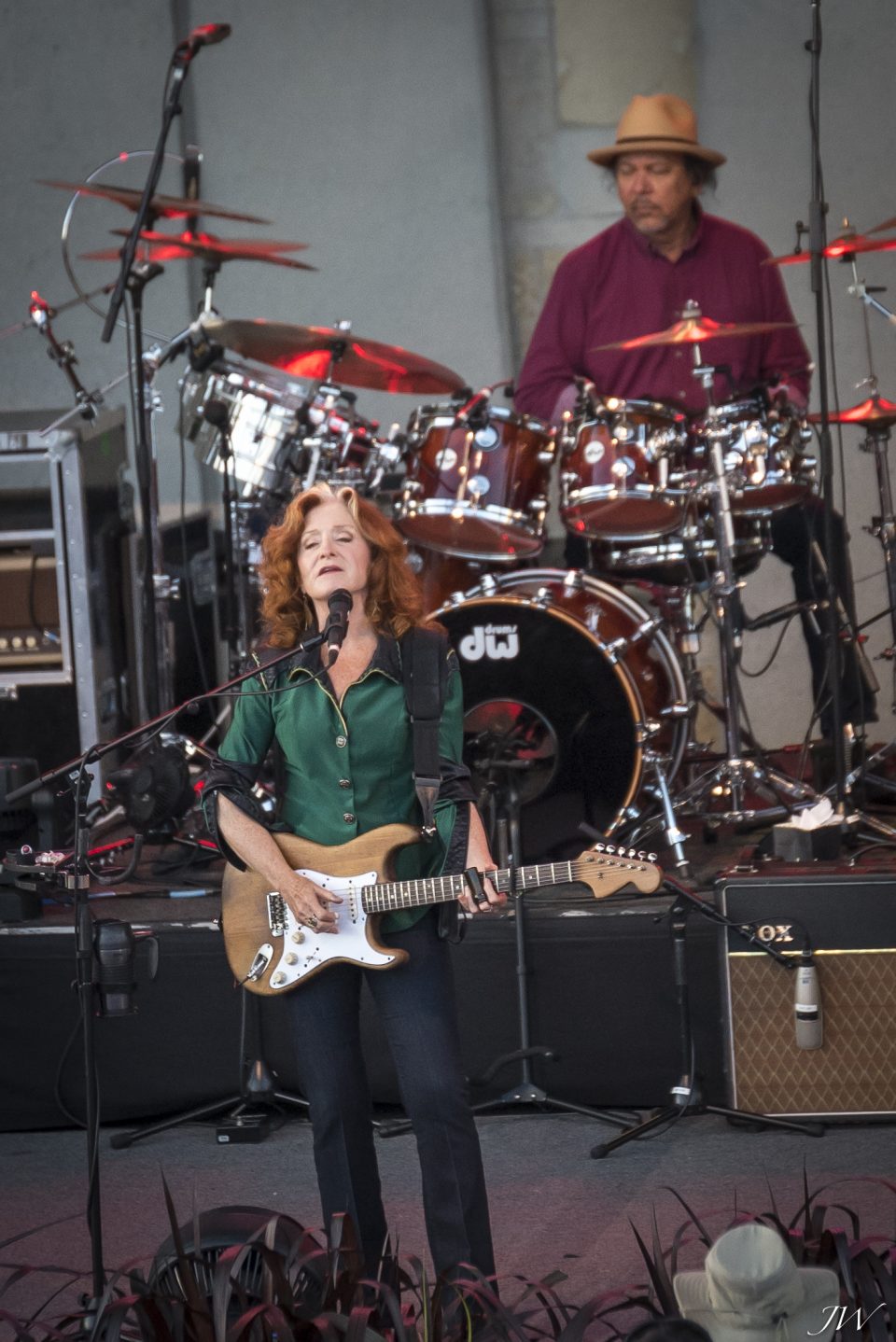 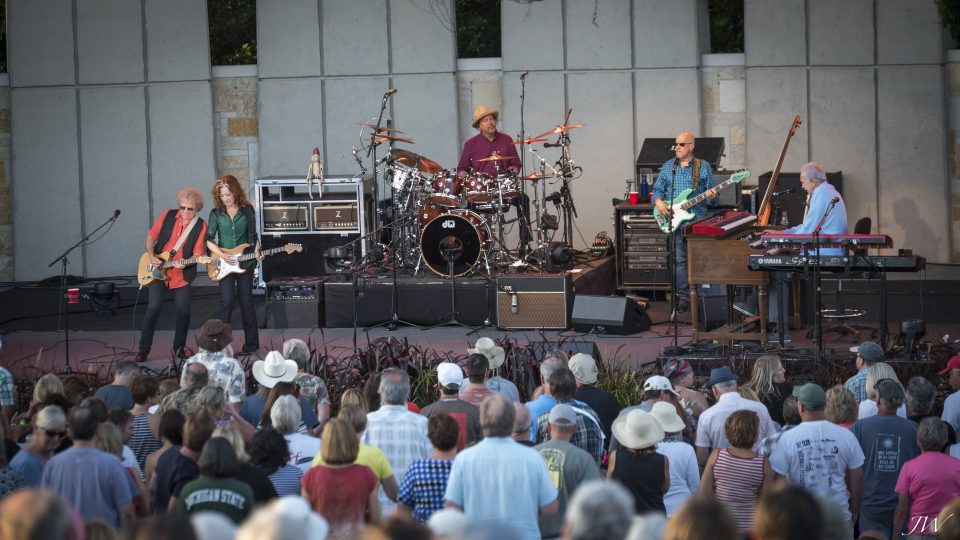 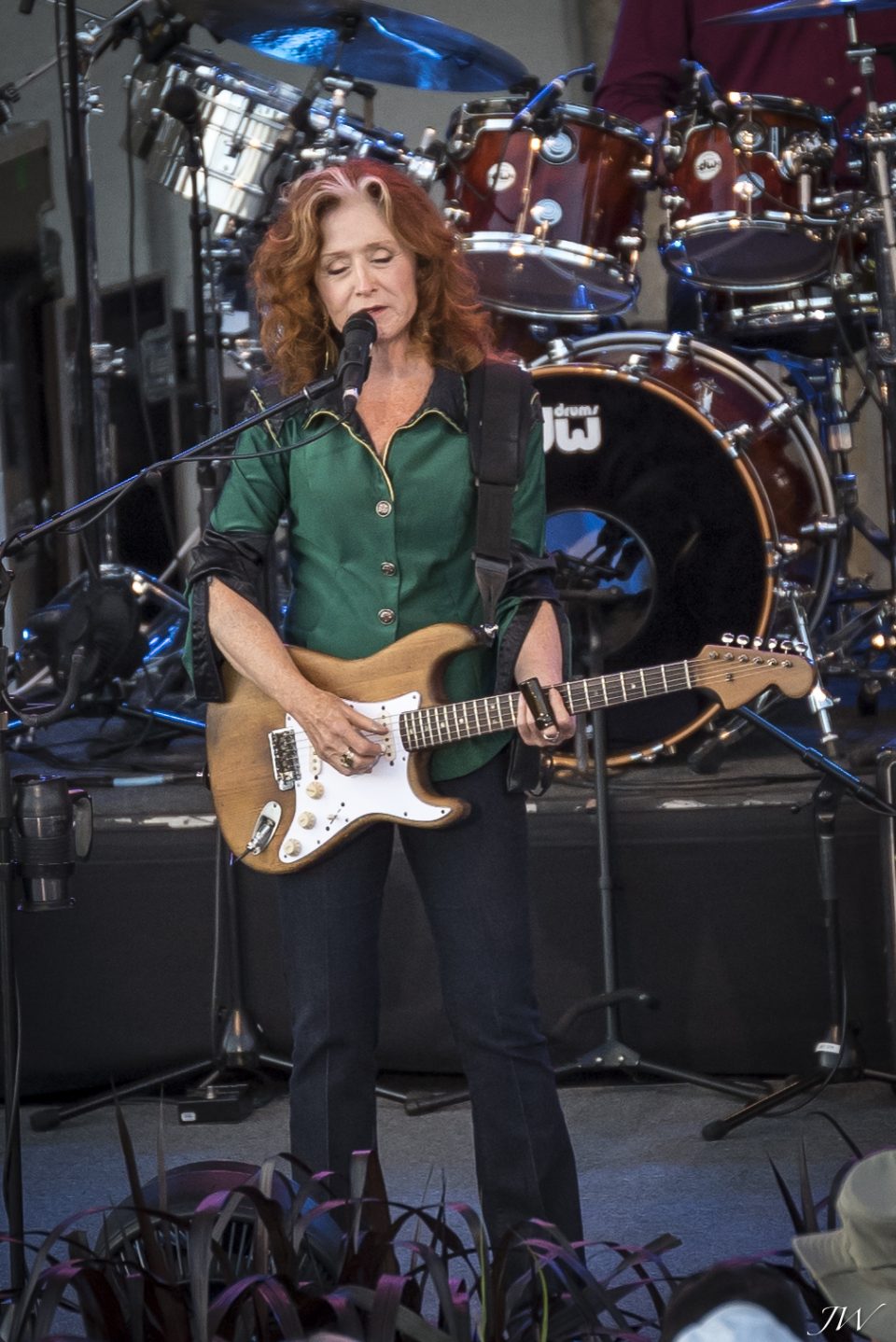 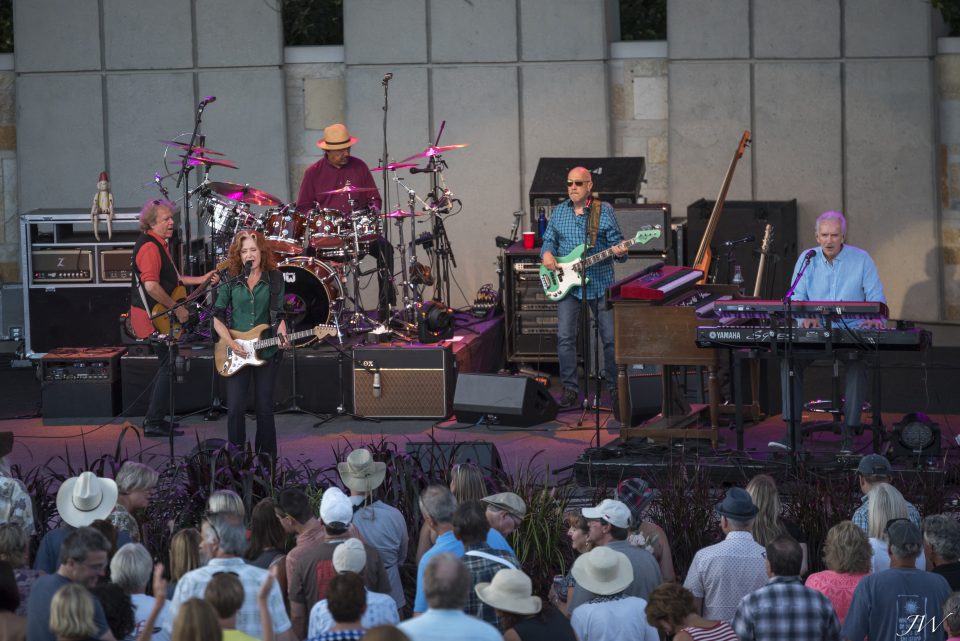 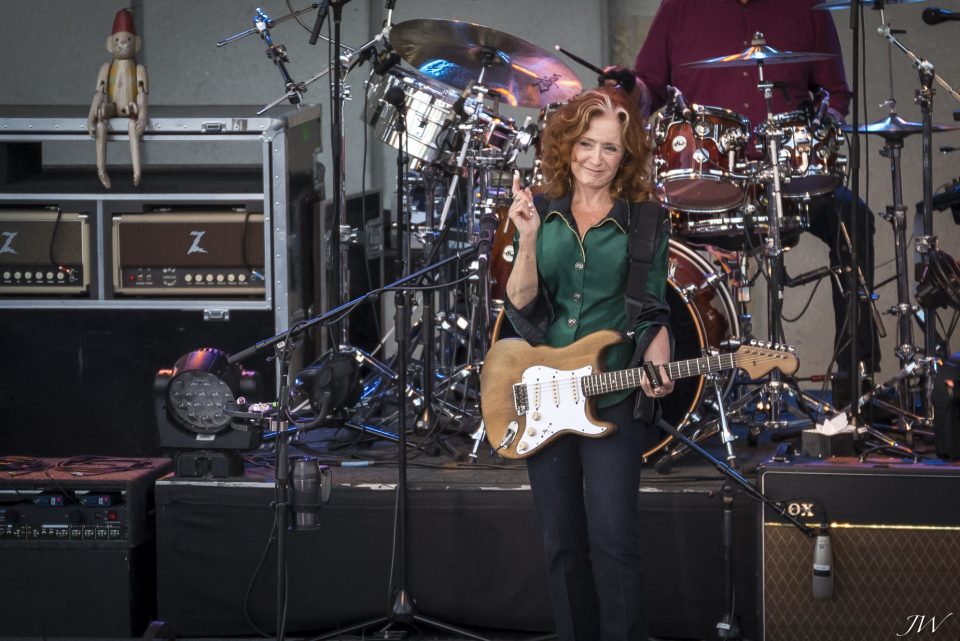 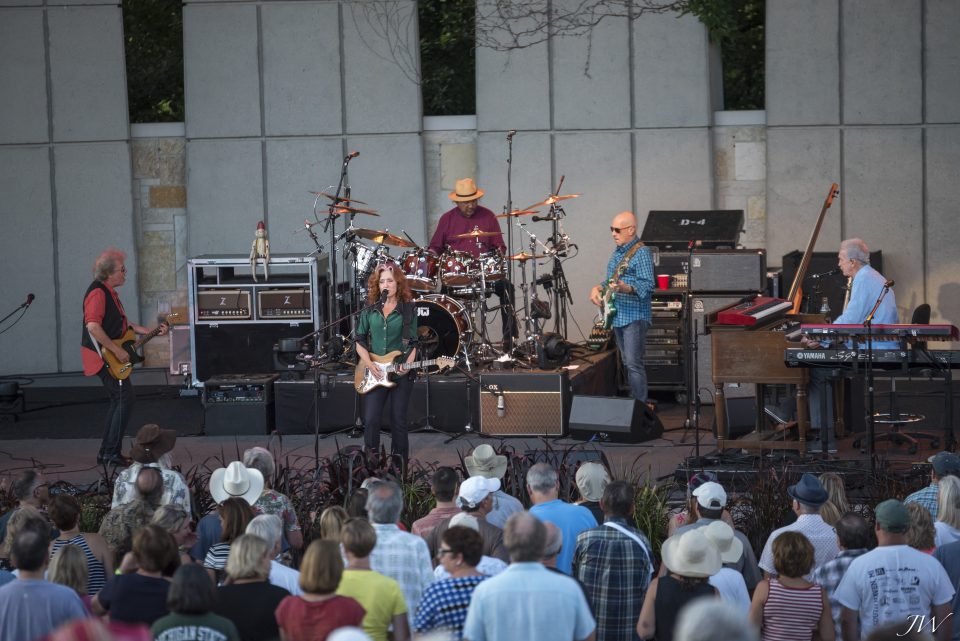 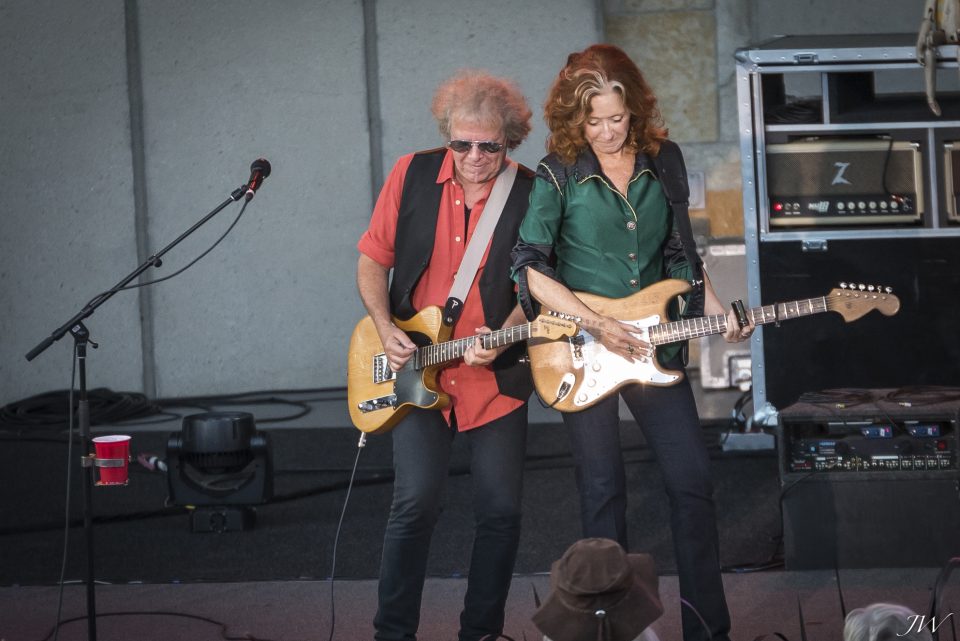 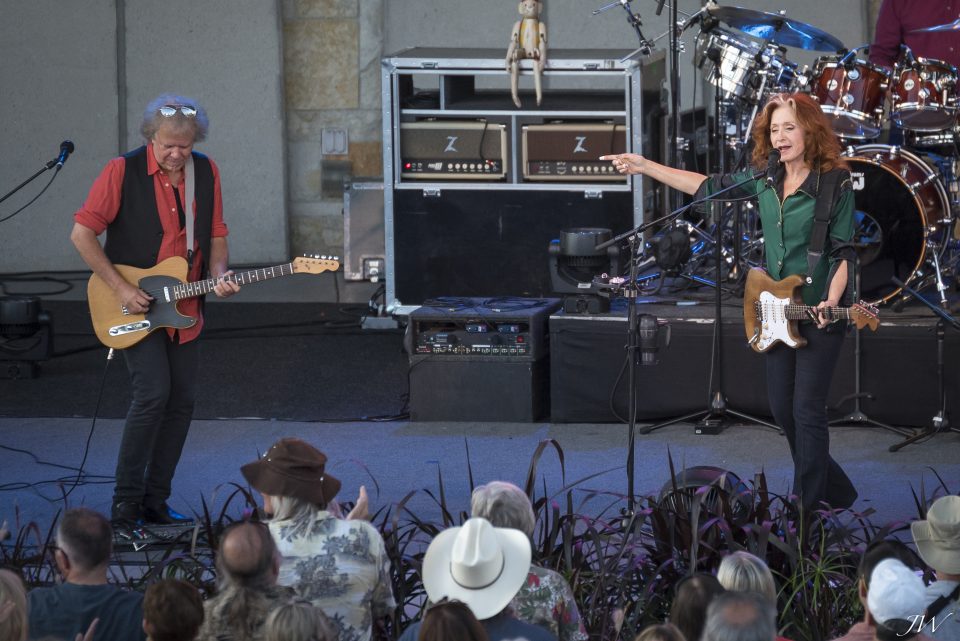 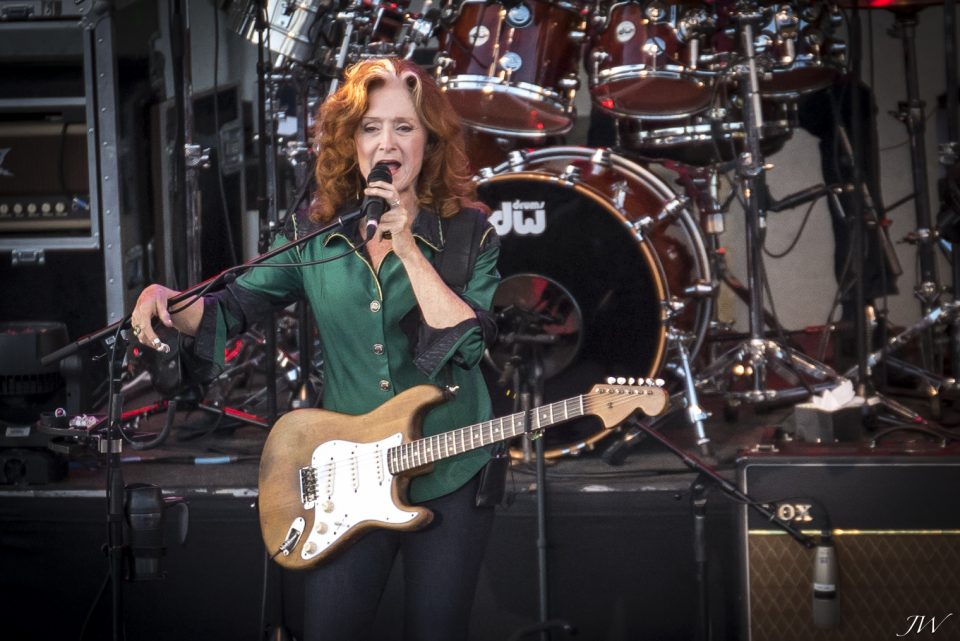 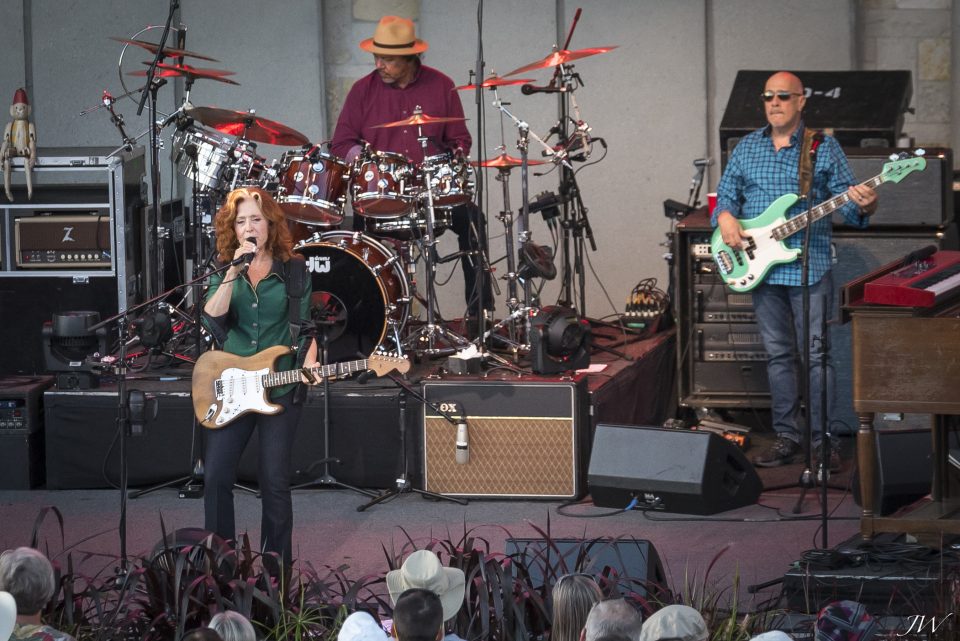 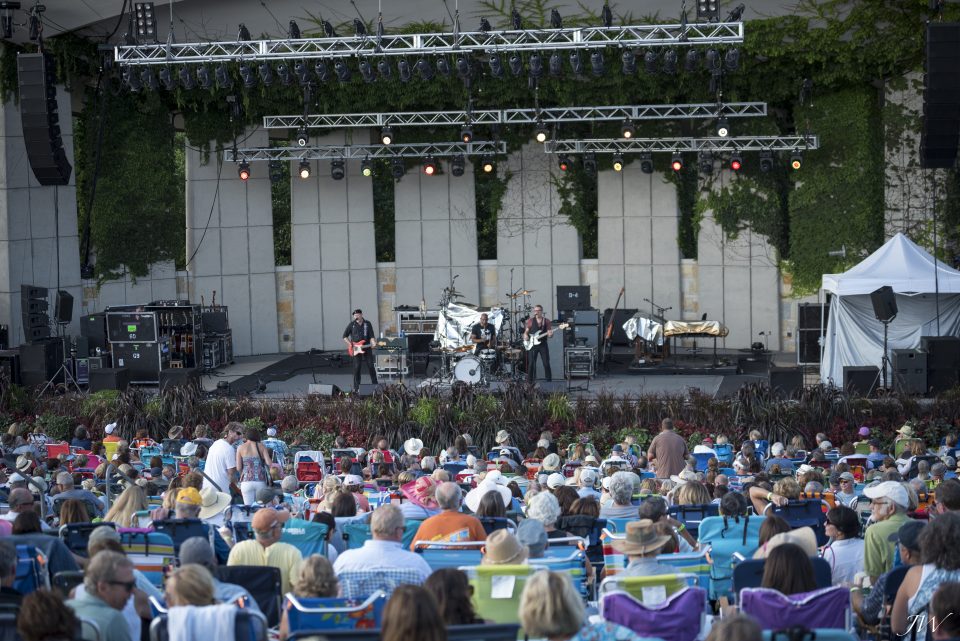 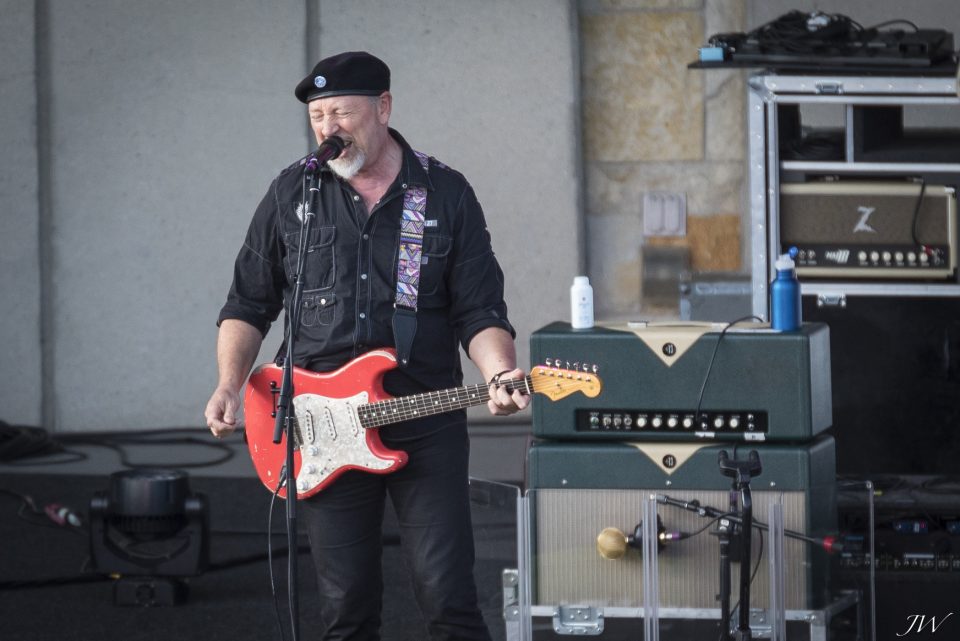 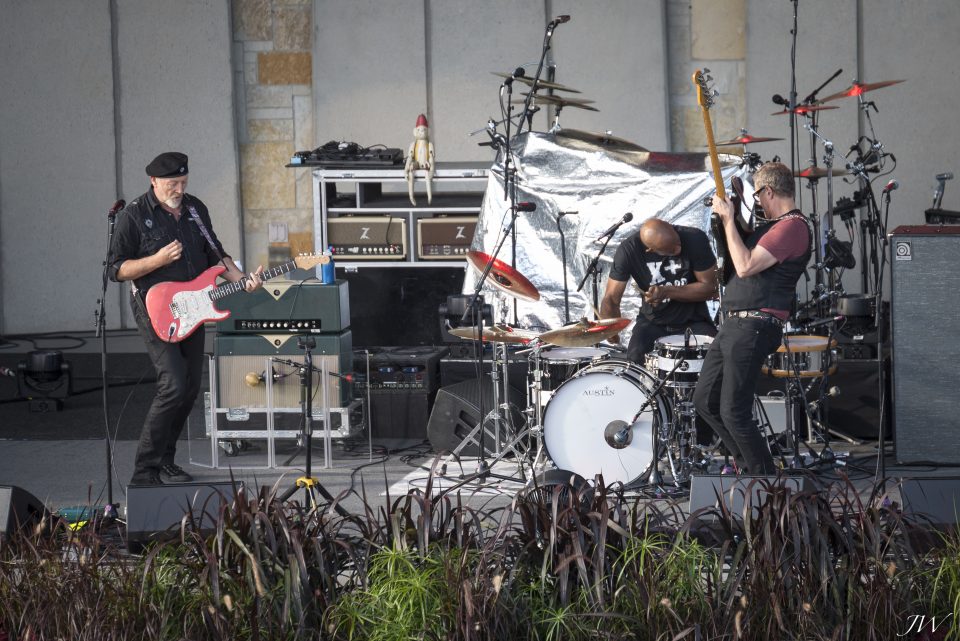 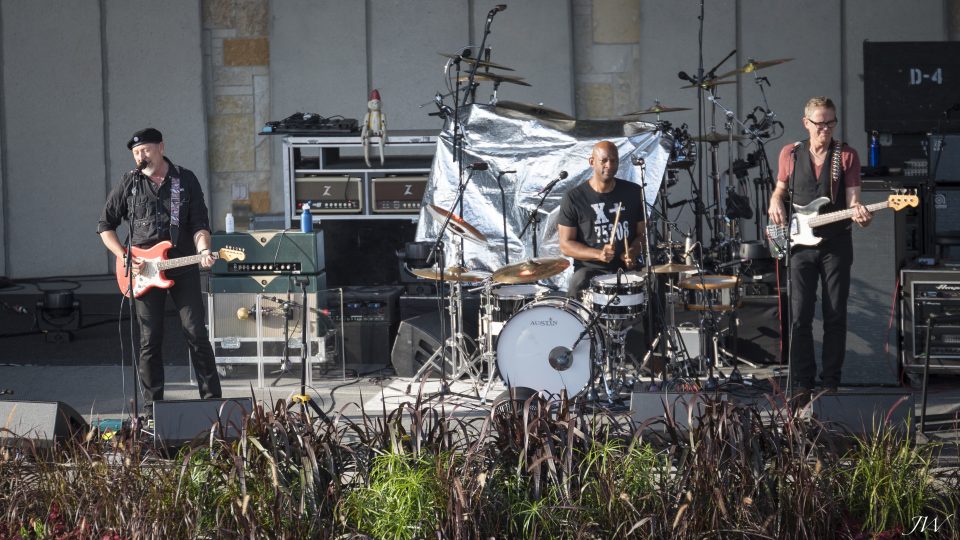 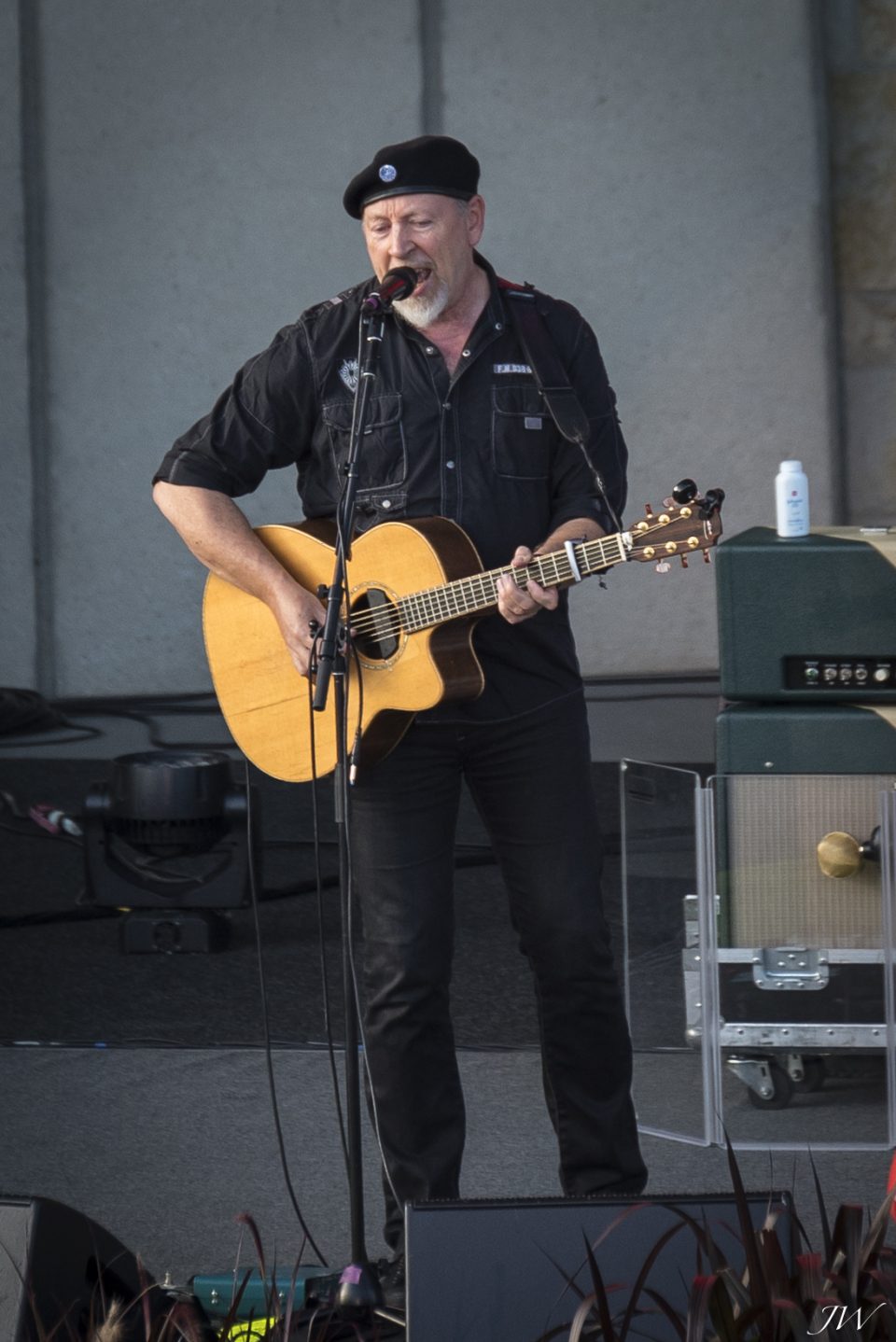 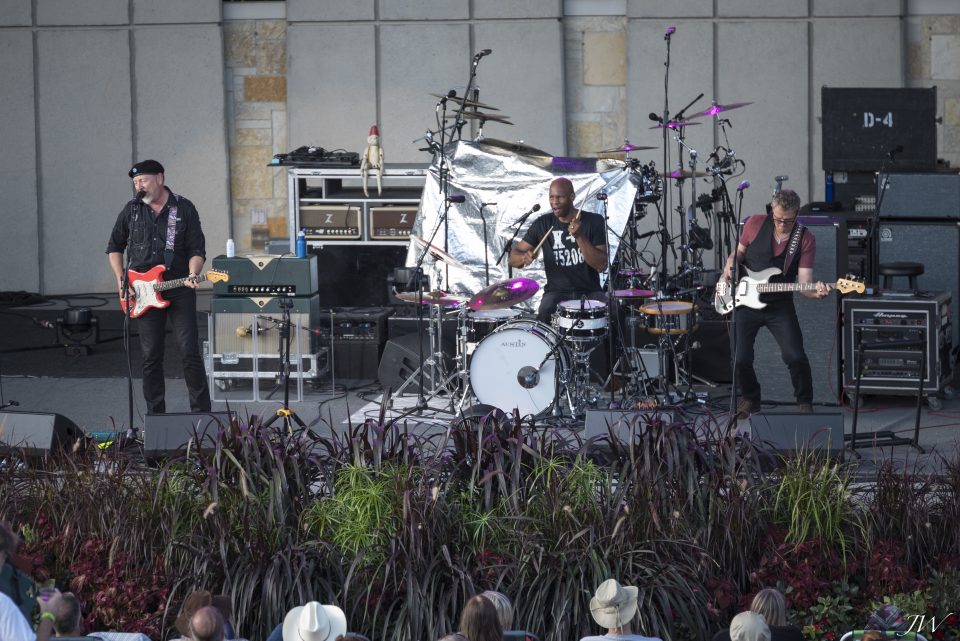 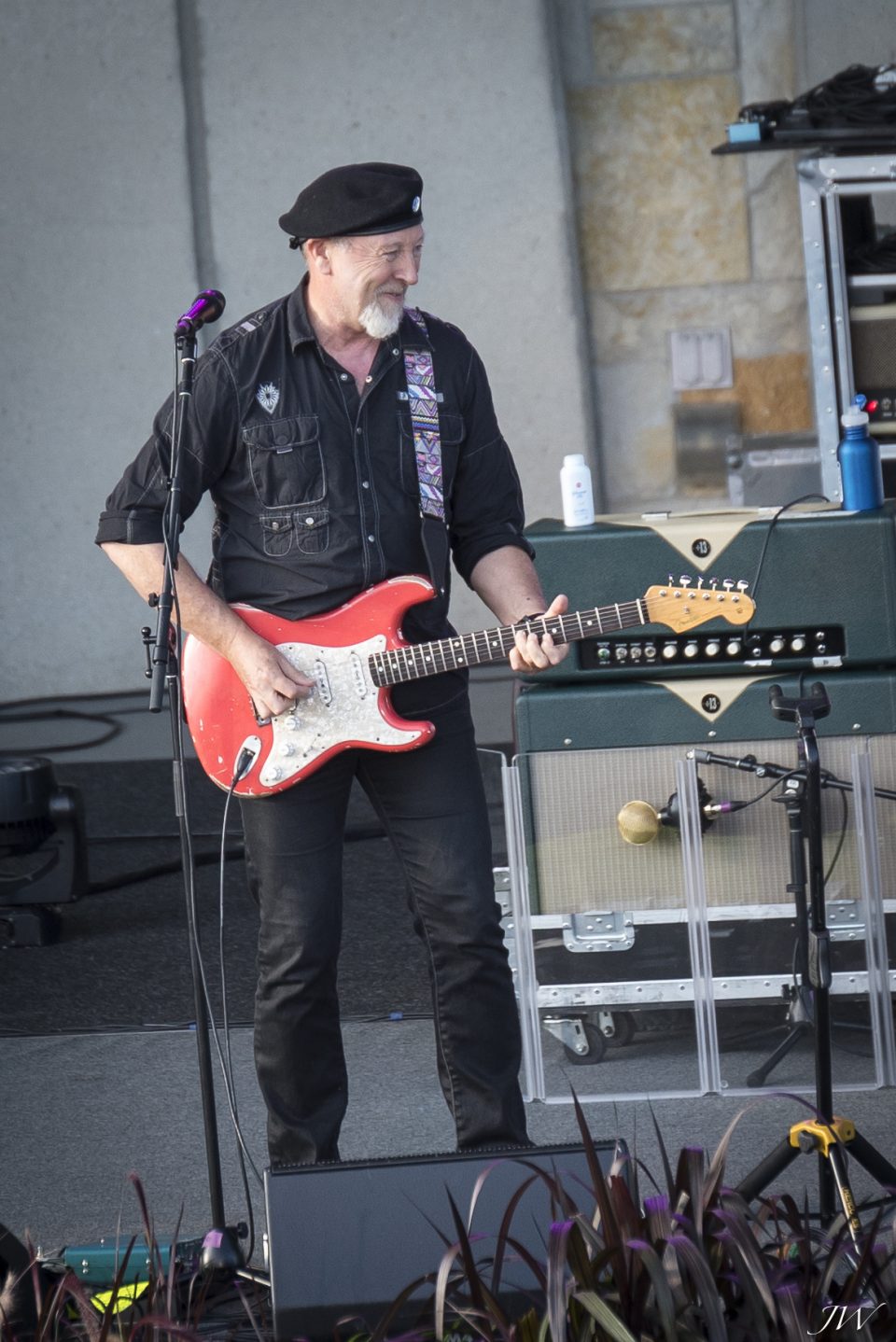 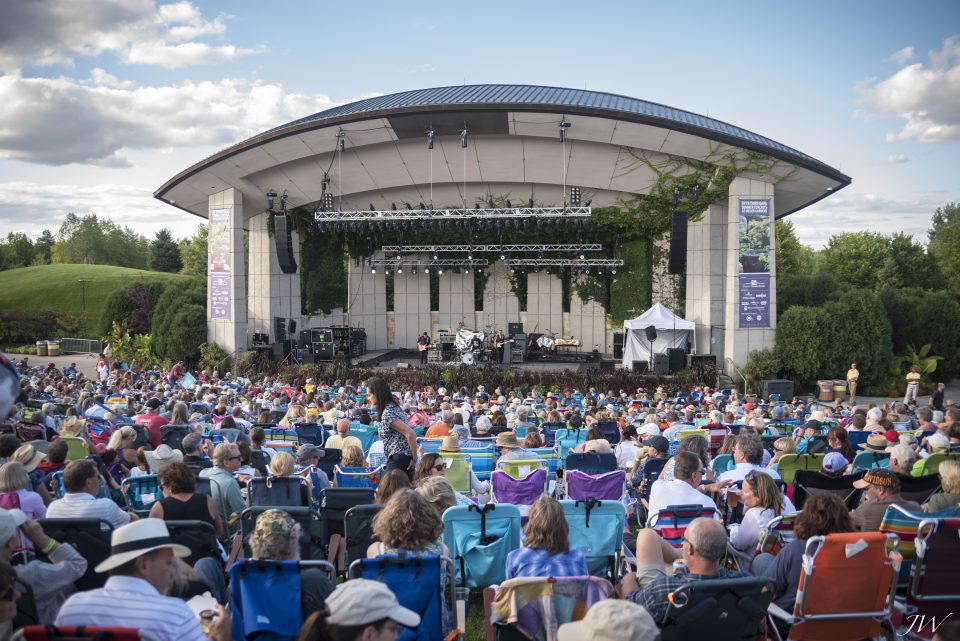 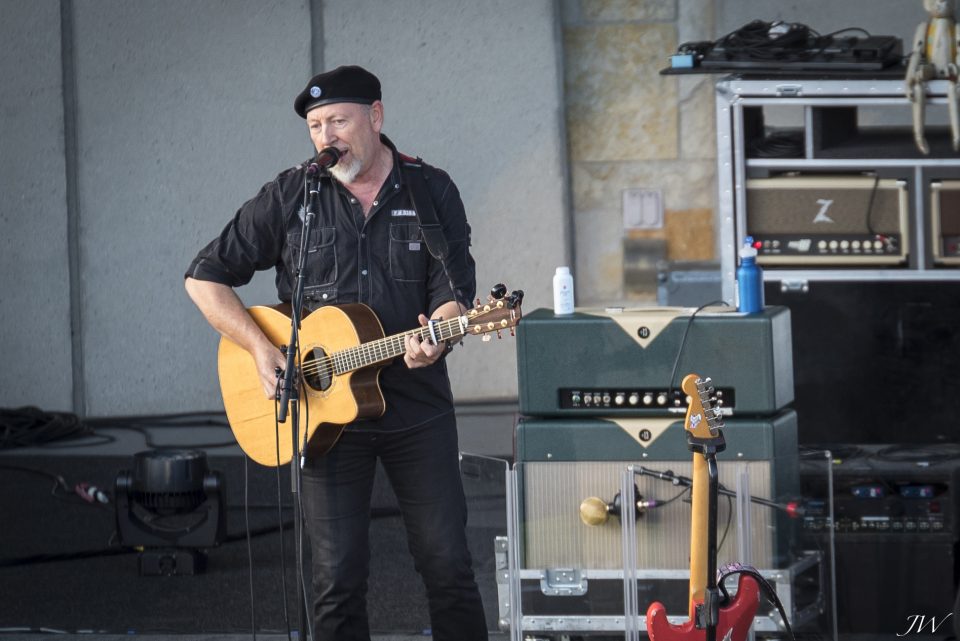 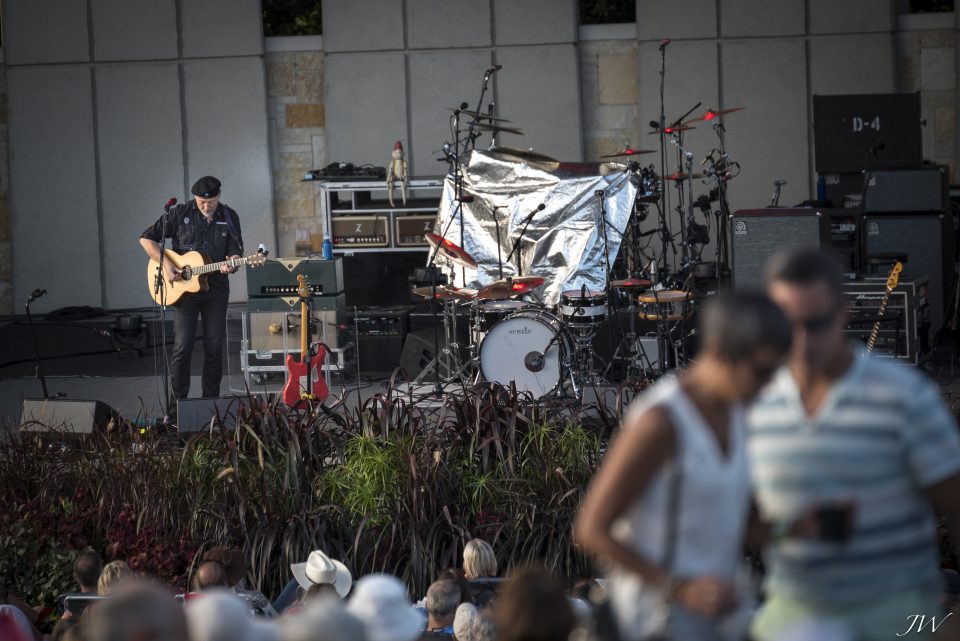 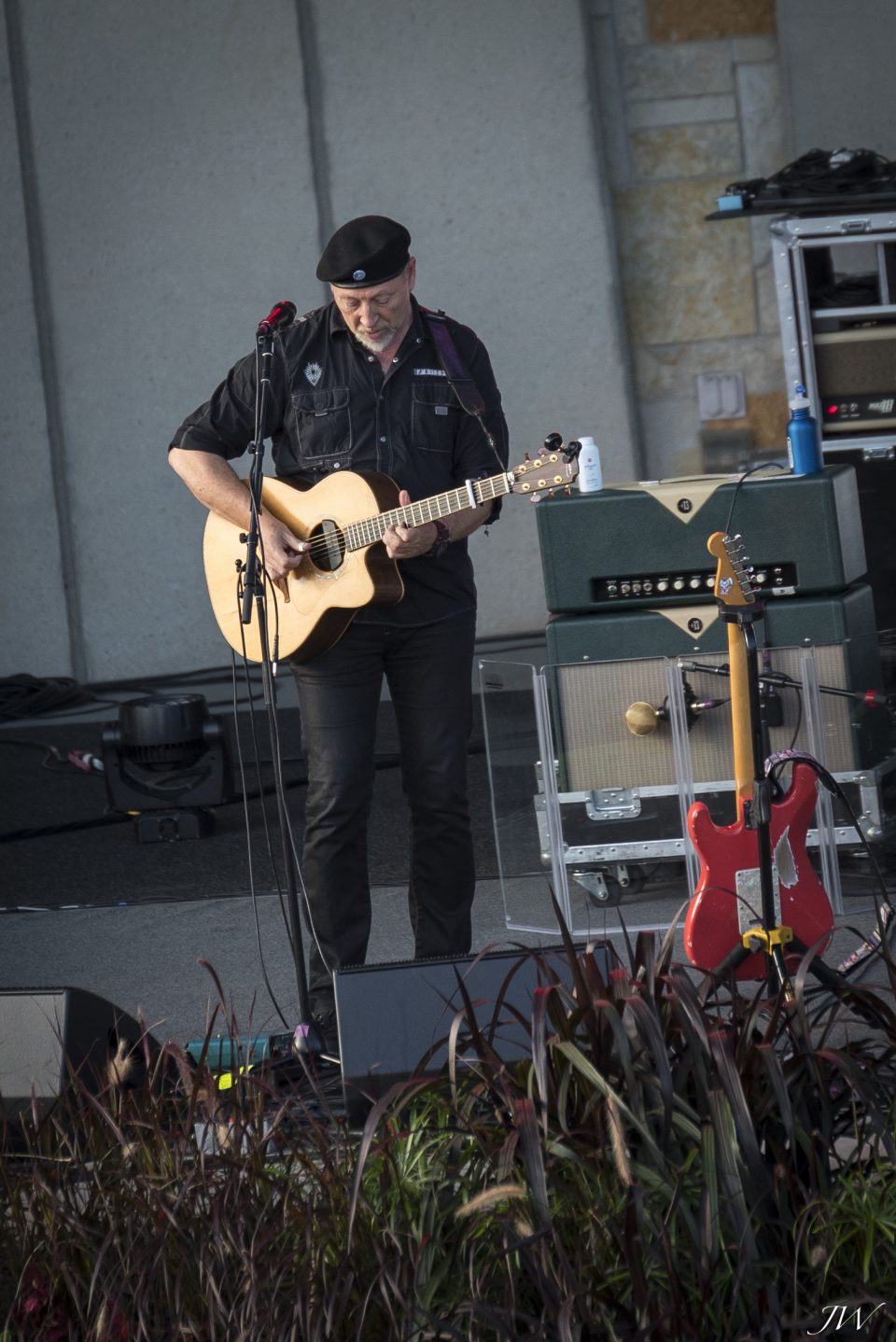