If the Detroit rocker really is getting ready to ‘Turn the Page’ on his career, he left West Michigan devotees on Tuesday with an upbeat, heyday-spanning memory of a lifetime. Review, photo gallery. 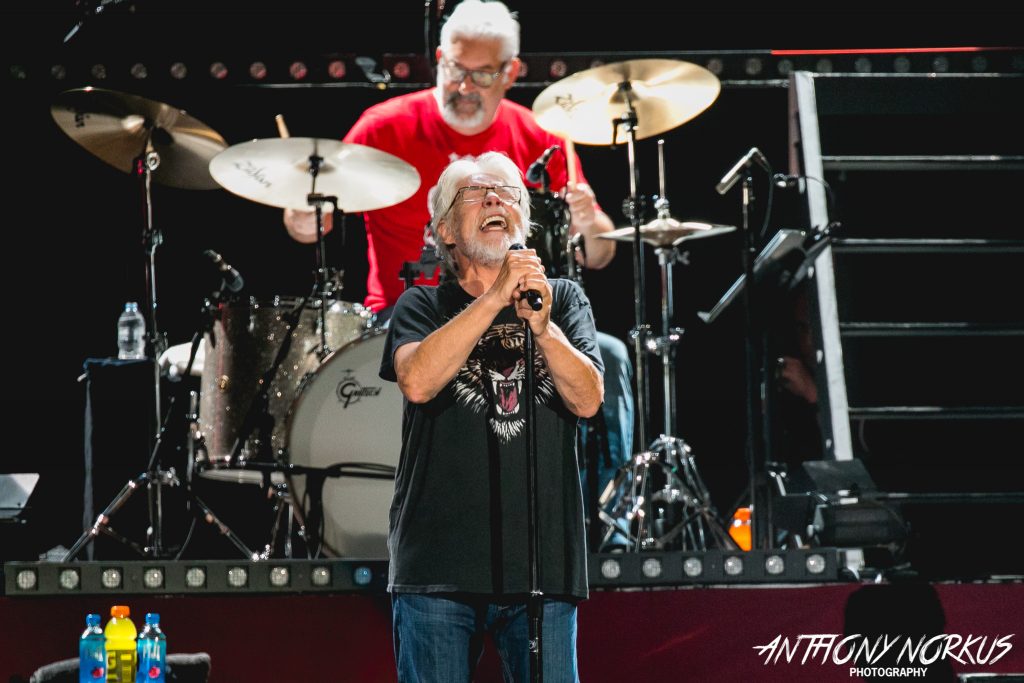 There comes a time when a rock ‘n’ roller eventually must lay down his microphone, unplug his amp and move on.

If that time just happens to come later this year for 72-year-old Michigan rocker Bob Seger – after his current U.S. tour wraps up – then his final concert at Grand Rapids’ Van Andel Arena was a fitting farewell, a worthy, heyday-spanning display that, as usual, wholly charmed the singer’s ardent West Michigan fan base. 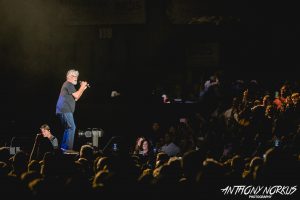 The Fire Inside: Bob Seger has had that for more than half-century. (Photo/Anthony Norkus)

With the sold-out Tuesday night crowd wallowing jubilantly in nostalgic musical bliss for nearly two hours, Seger and his Silver Bullet Band expertly and dutifully delivered a bevy of hits that essentially spanned the “glory years” between 1968 and 1986, with a couple of exceptions (1991’s “The Fire Inside,” 2006’s “Face the Promise”).

And while much of the set list was familiar, so was the warm reception accorded this raspy-voiced icon: Hundreds of fans captured key video highlights on their cellphones (the opening “Roll Me Away,” Alto Reed’s saxophone-enhanced balladry of “Turn the Page”) and/or sang lustily to a boatload of radio-friendly favorites.

For his part, Seger’s voice sounded better and more confident than it did 11 years ago when he launched his “comeback” tour following a decade-long hiatus, and his 14-piece band (including the Motor City Horns) performed nearly flawlessly, with lead guitarist Rob McNelley in particular deserving a gold star for the evening. 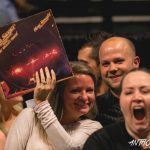 What’s almost indescribable is the level of adoration that Michigan fans have for this old-school rocker with a Motown soul, this lovable, grinning fellow in a black tiger T-shirt with a Detroit Tigers cap who quite obviously loves them all right back — which also makes you wonder if he can ever really give it all up. (One note: The sleeveless Harley Davidson shirt he donned midway through the show is not a good look, but it’s also pure Seger.)

Leave it to Seger, one of rock’s most unpretentious stars, to acknowledge his Silver Bullet comrades late in the evening, proclaiming “how privileged I am to play with all these people on stage” – including several bandmates (Reed, bassist Chris Campbell and keyboardist Craig Frost among them) who’ve played with him for decades.

PAYING HOMAGE TO A MICHIGAN ICON

Tuesday’s concert on the “2017 Runaway Train Tour” came just four days before another nostalgic, much-ballyhooed “hometown” show – a sold-out Saturday appearance at The Palace of Auburn Hills, the final concert slated to take place at that arena before it closes. Of course, you couldn’t ask for a more appropriate Detroit-area artist to play such a milestone concert. 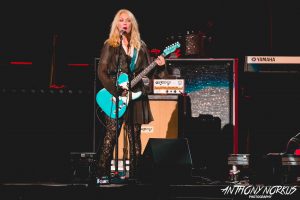 Although the same “if this was their last show” conjecture probably doesn’t apply to the 63-year-old Nancy Wilson of Heart (partly because her new band, Roadcase Royale, doesn’t even officially release its first album until later this week), the guitarist left a lasting impression of her own Tuesday.

With singer Liv Warfield leading the way, Roadcase Royale opened the evening with a soulful-styled rock set that Wilson said in a Local Spins interview “evolves from heavy rock and R&B.” Not only did the 45-minute set fire up some catchy new material, but the six-piece band romped impressively through part of Heart’s catalog, including “Even It Up,” “Straight On” and the crowd-pleasing “Crazy on You.”

It’s not that Ann Wilson’s vocals weren’t missed, but it was refreshing to hear these familiar, blast-from-the-past songs filtered through another band’s spirited chops and Warfield’s soaring vocals.

But beyond just a simple nostalgia trip, Tuesday’s concert was more about Michiganders paying tribute to the much-beloved Bob Seger, a down-to-earth, blue-collar rocker who’s never been anything but loyal to his home state and whose musical legacy does the Great Lakes State proud.

So while the strains of his final song eventually faded away in what could be his final Grand Rapids soiree, the message remained loud and clear: “Rock and Roll Never Forgets.” 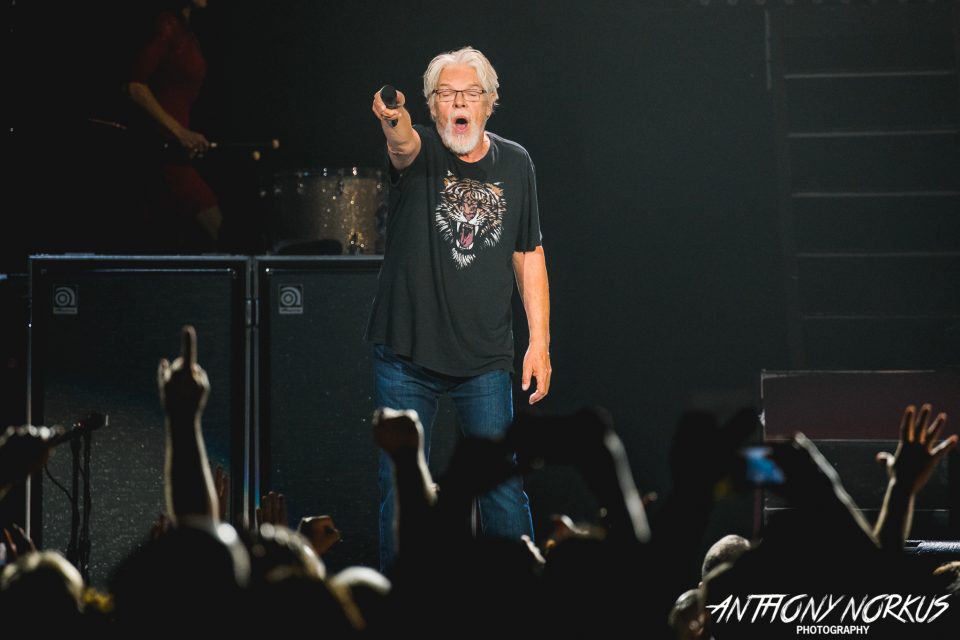 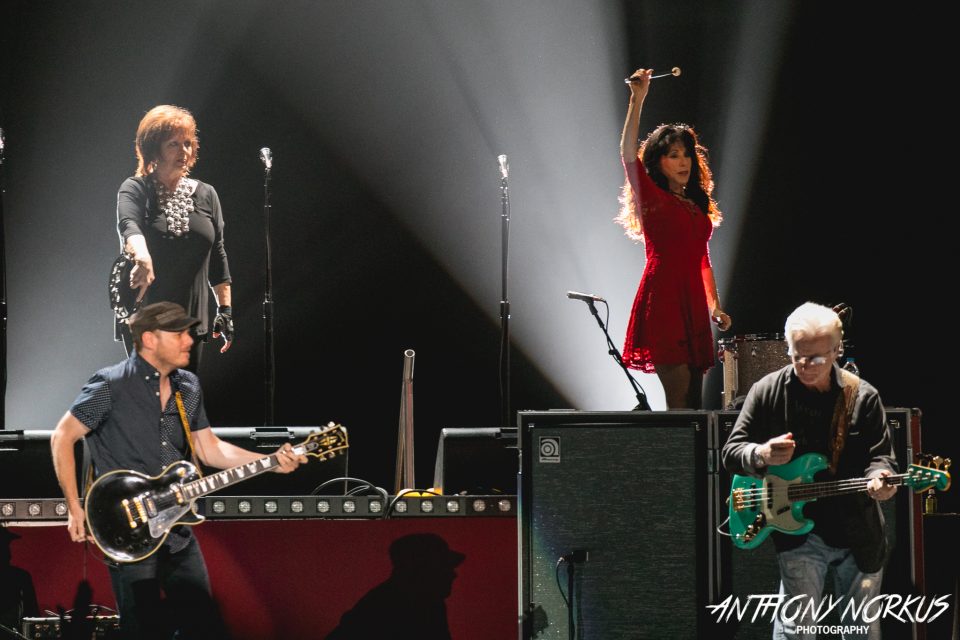 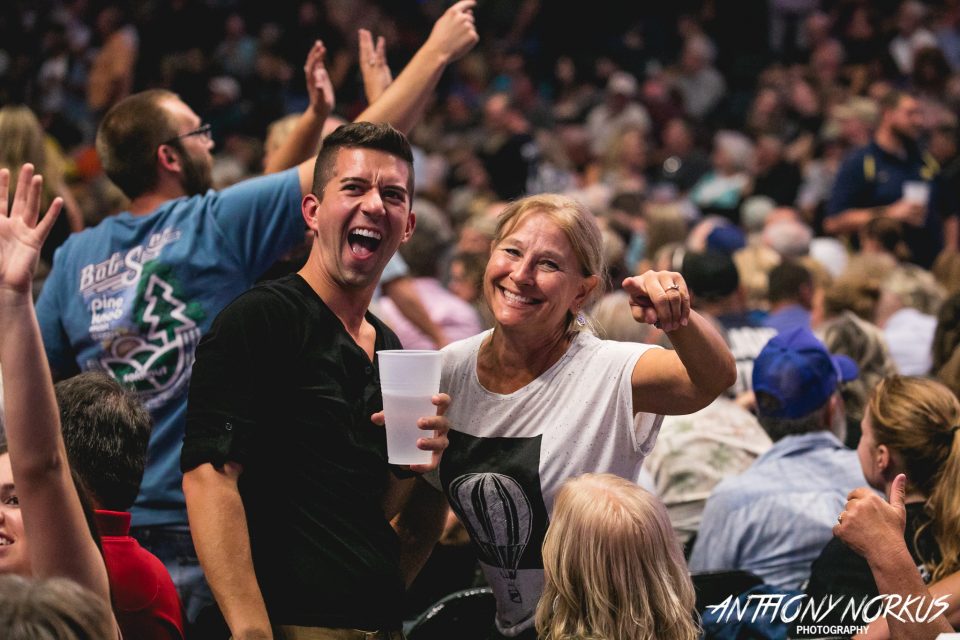 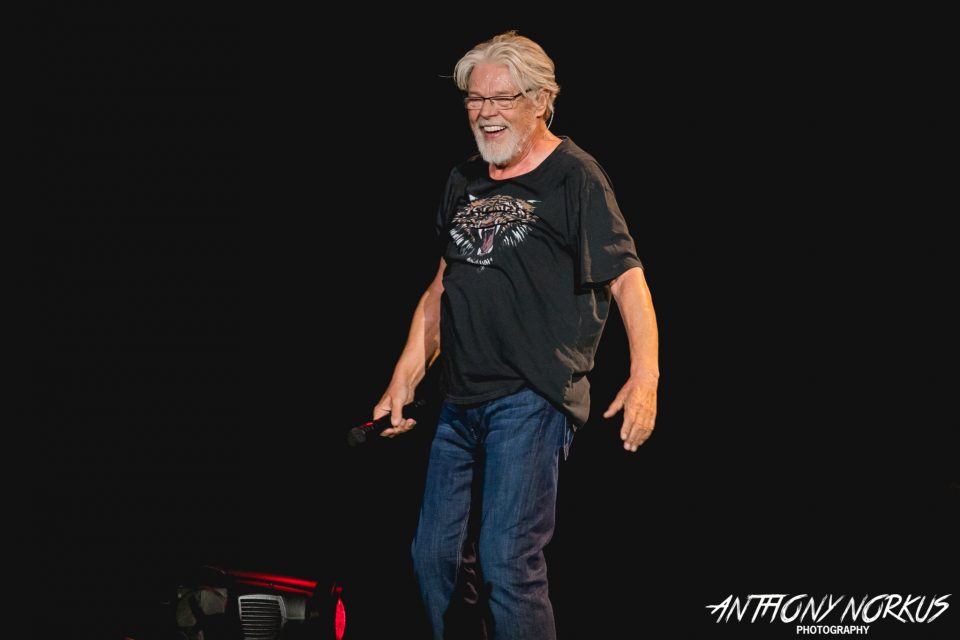 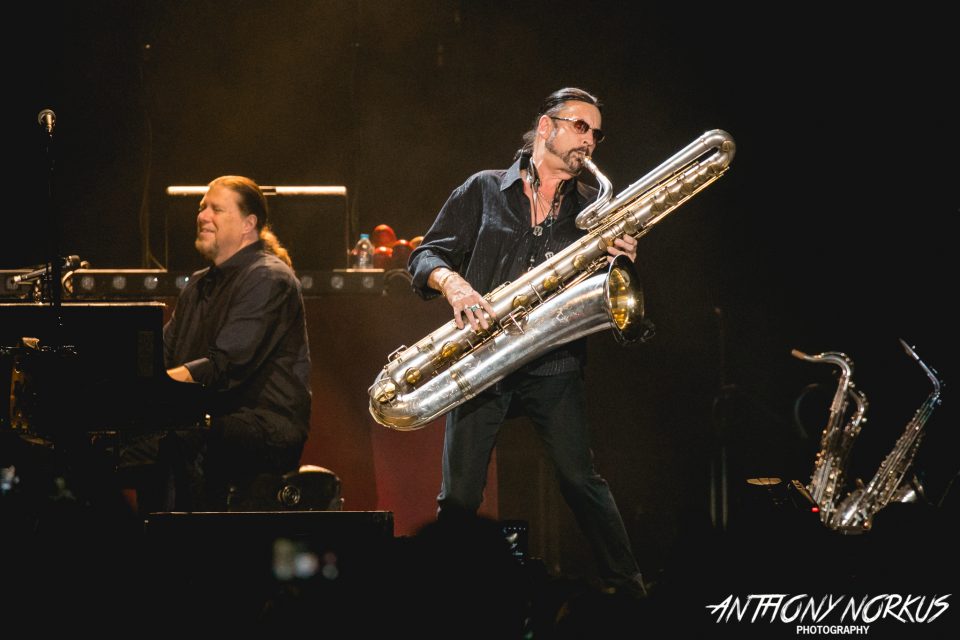 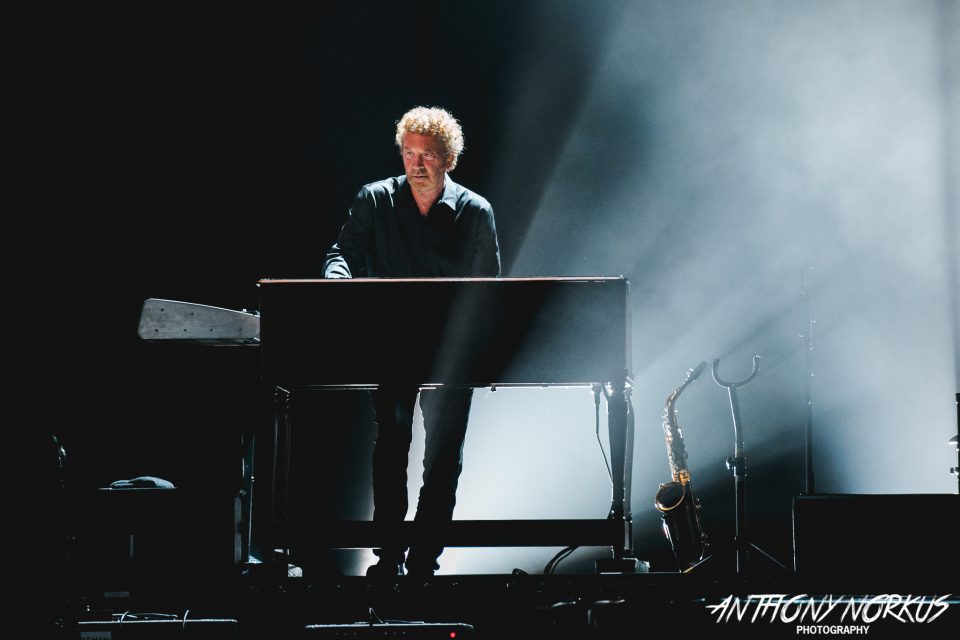 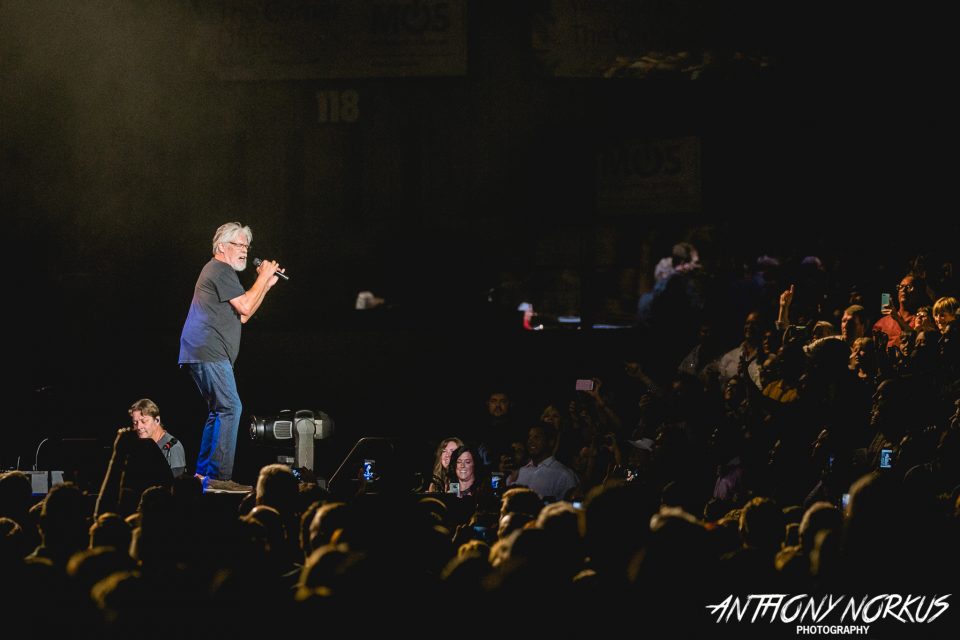 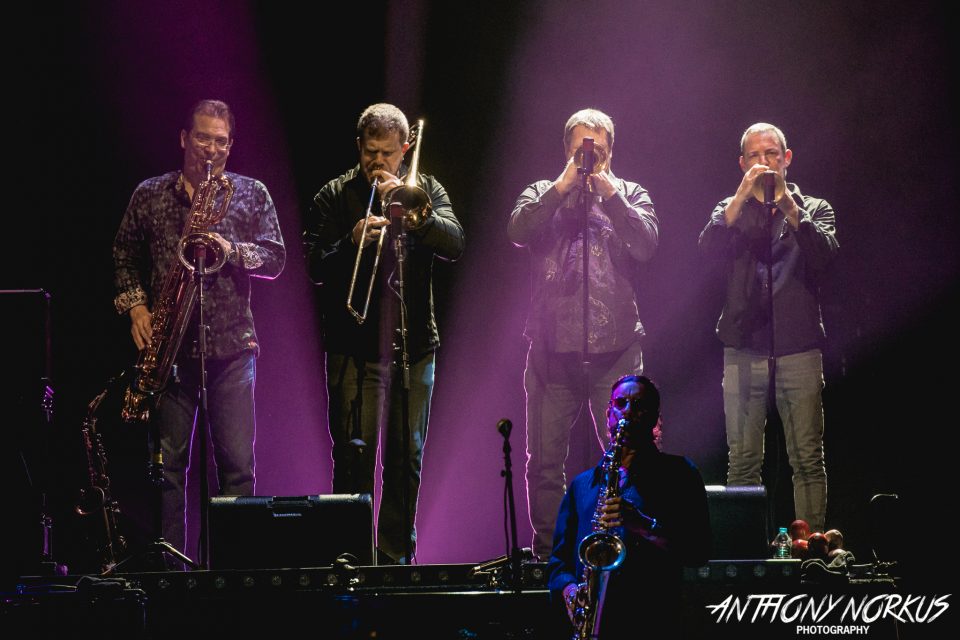 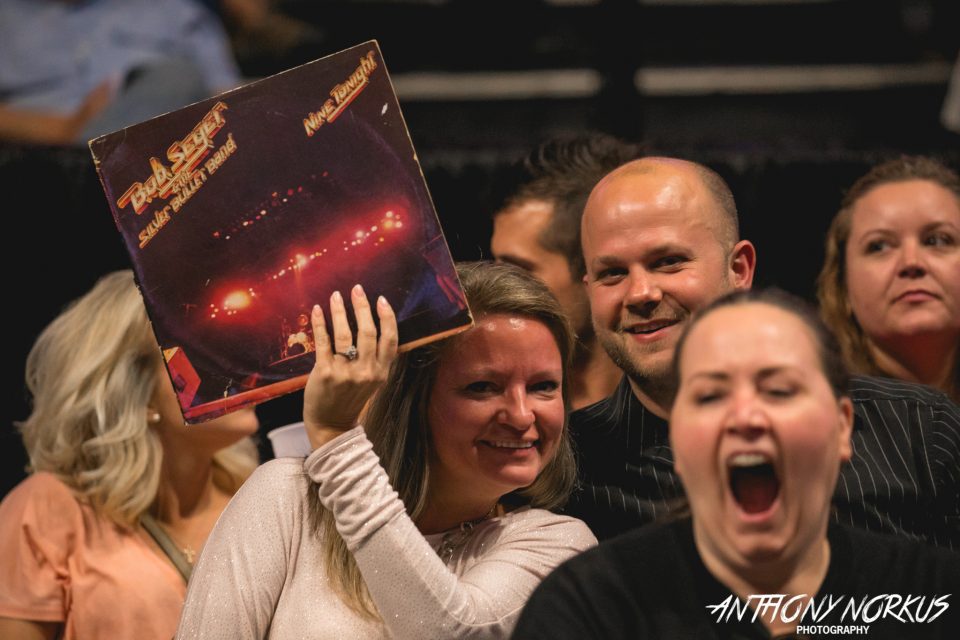 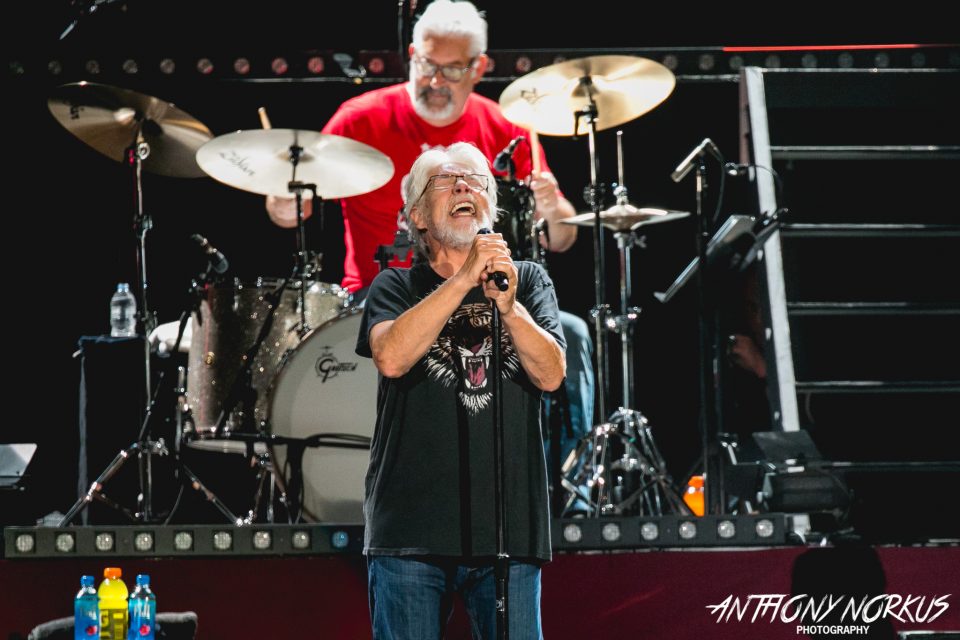 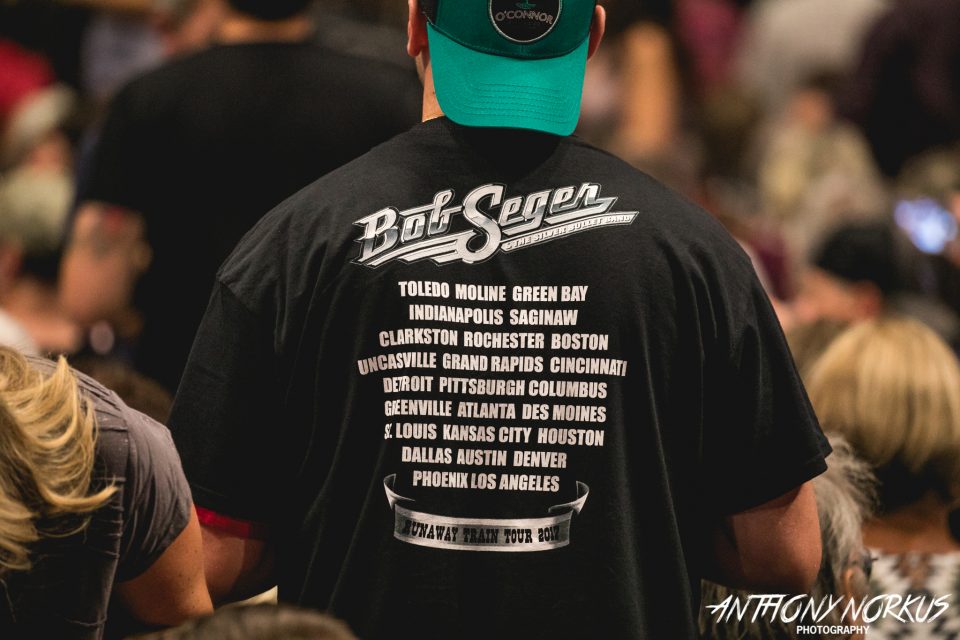 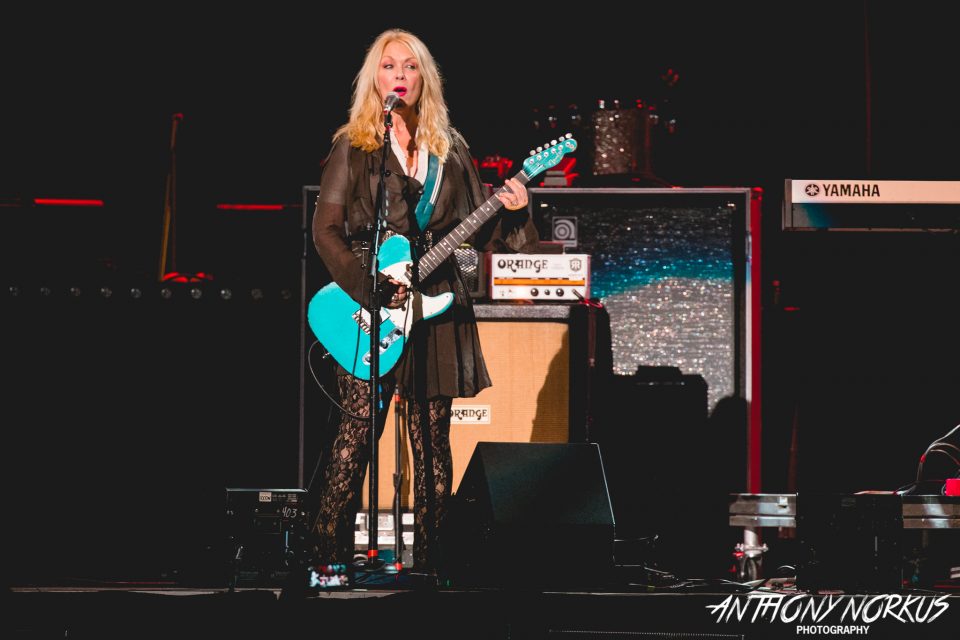 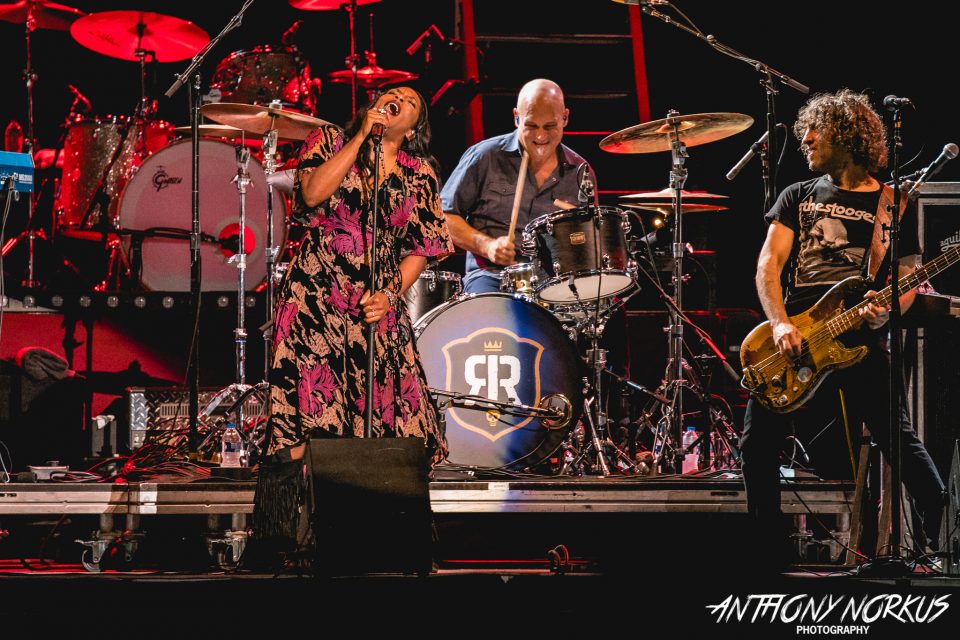 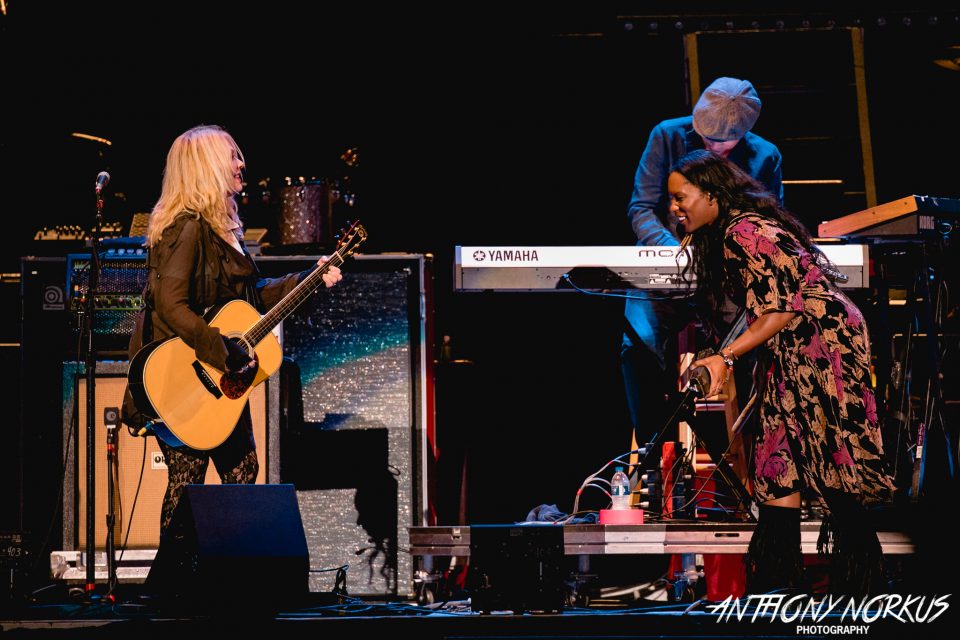 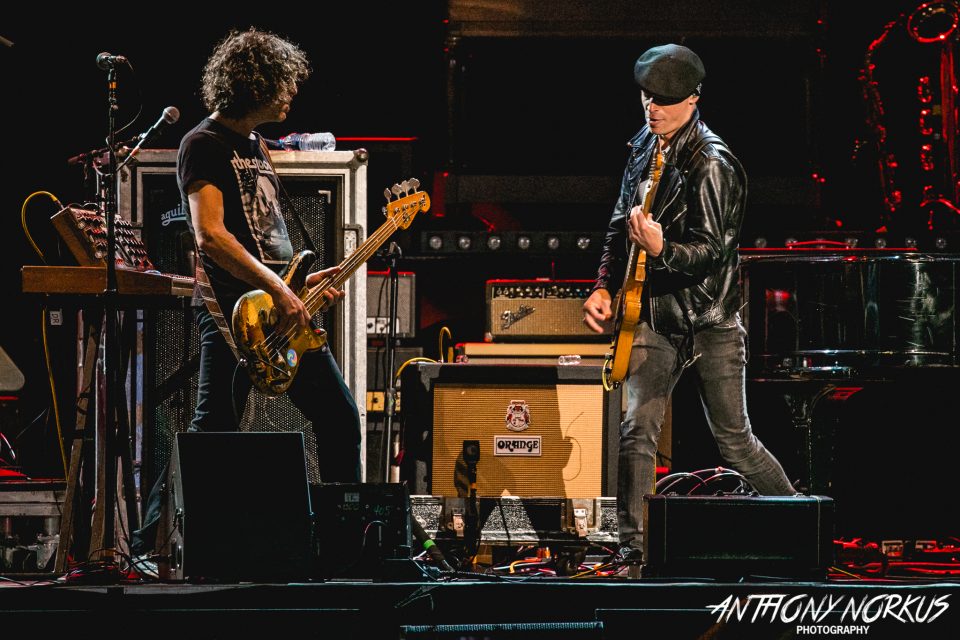 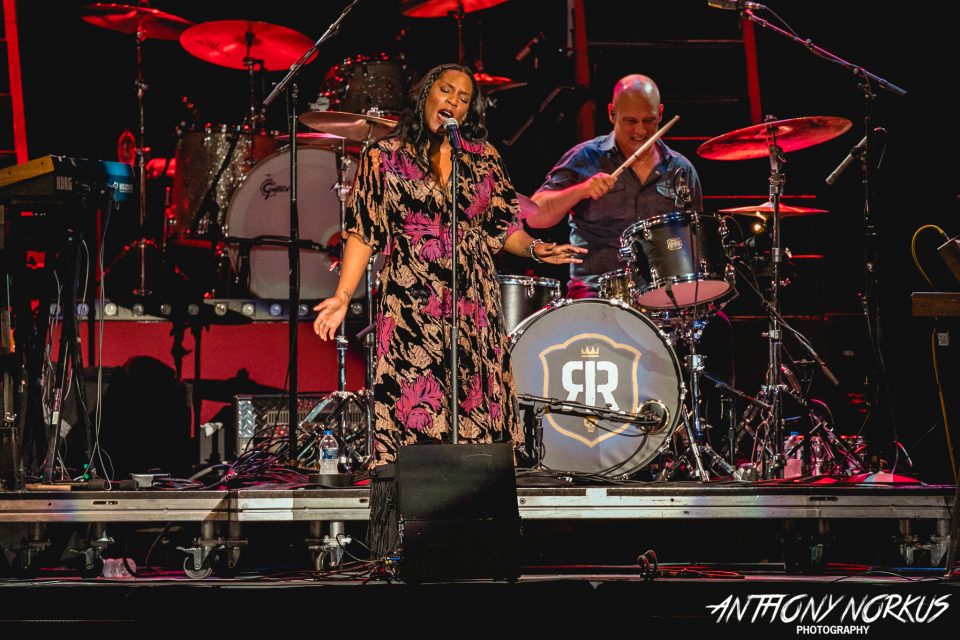 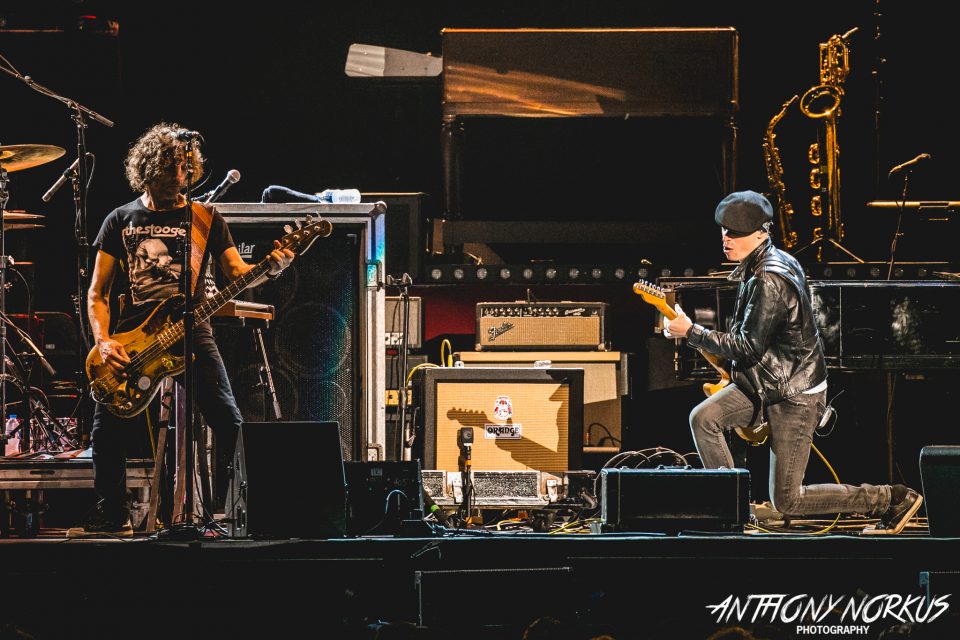 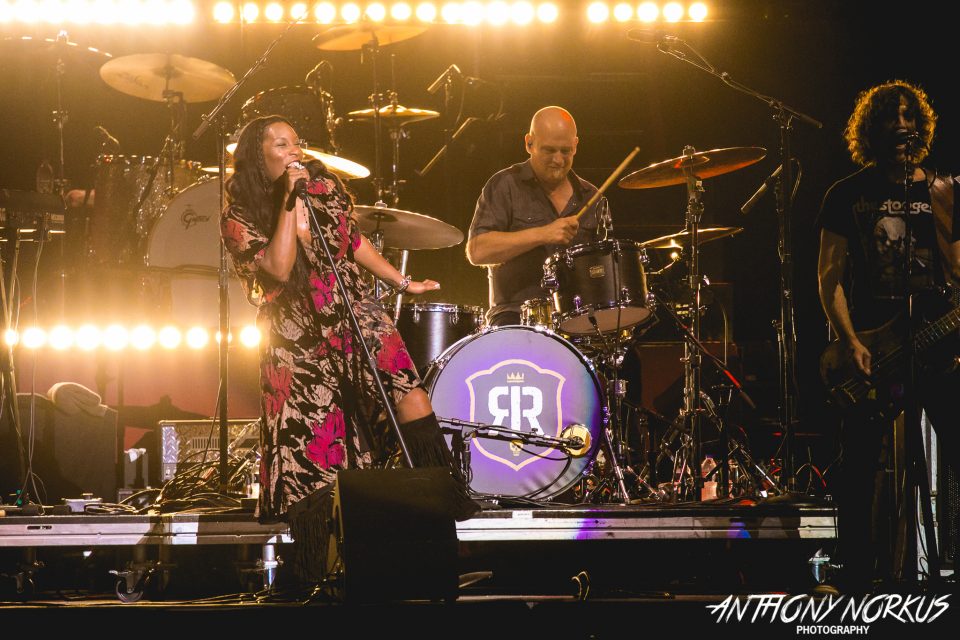 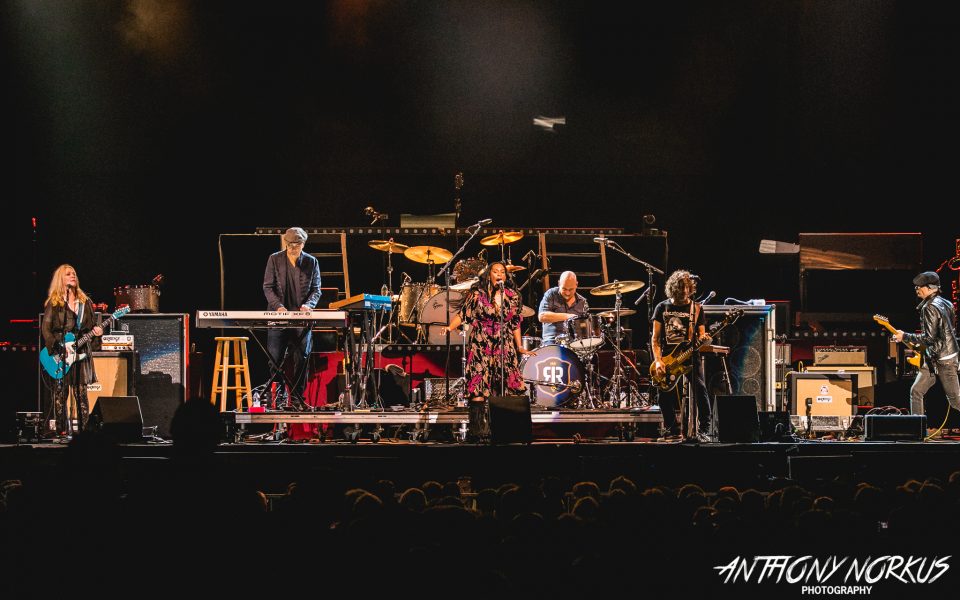 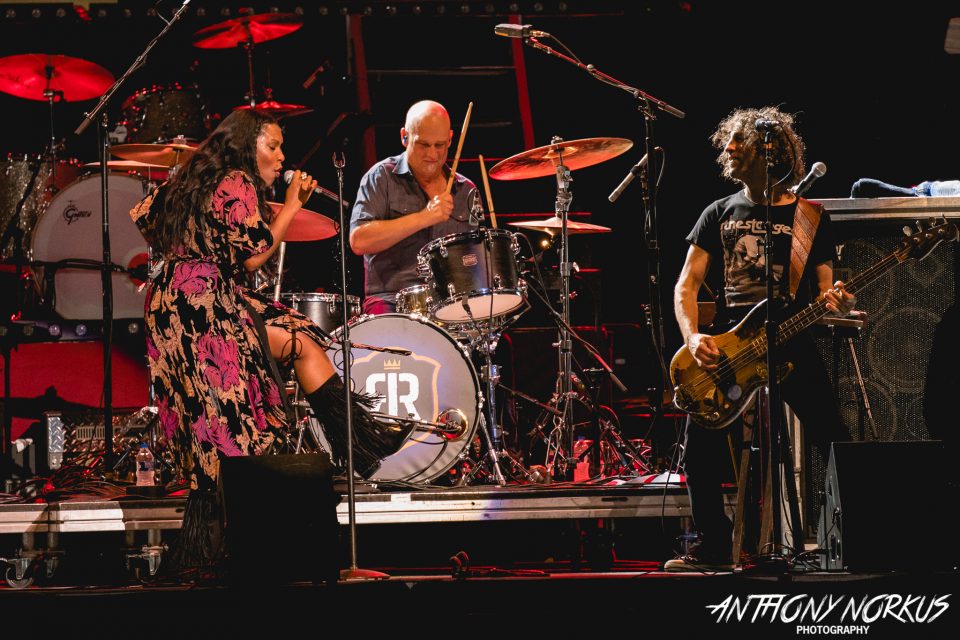 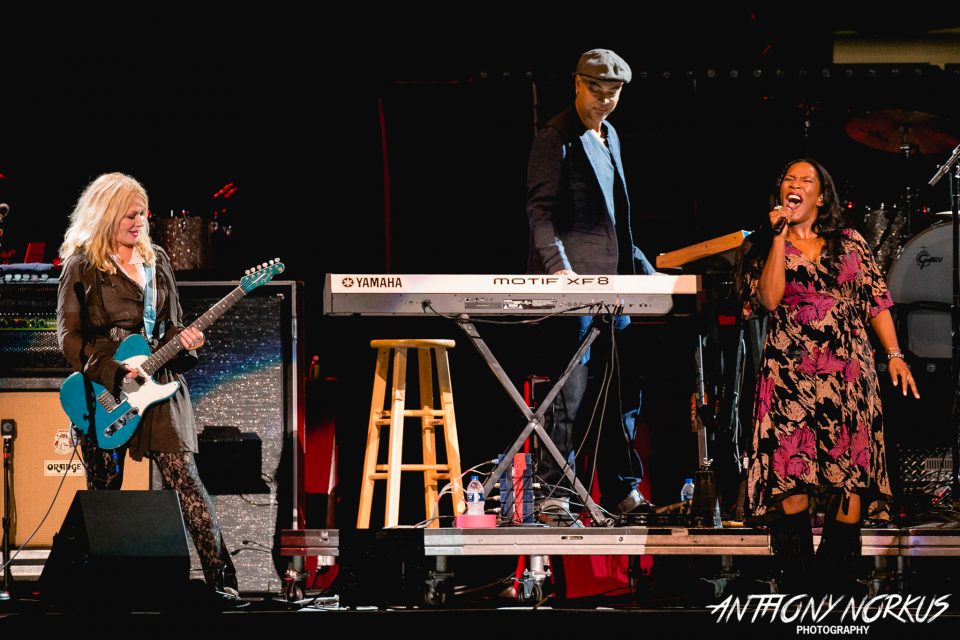 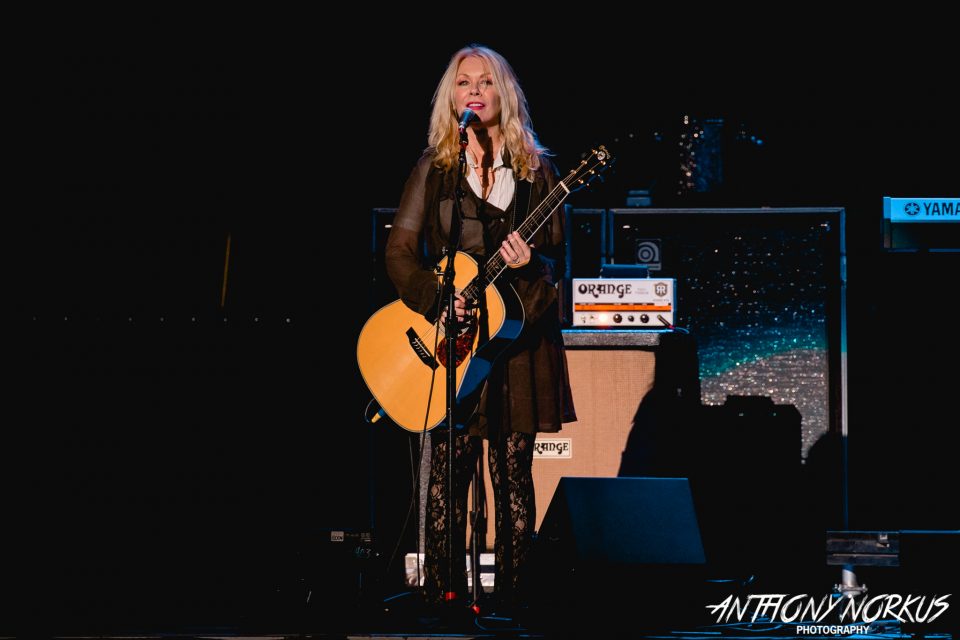