With the media deterred from covering the legendary Bob Dylan’s concert at Van Andel Arena on Saturday night, Local Spins asked some fans to offer up their takes on the 76-year-old icon’s tour stop. 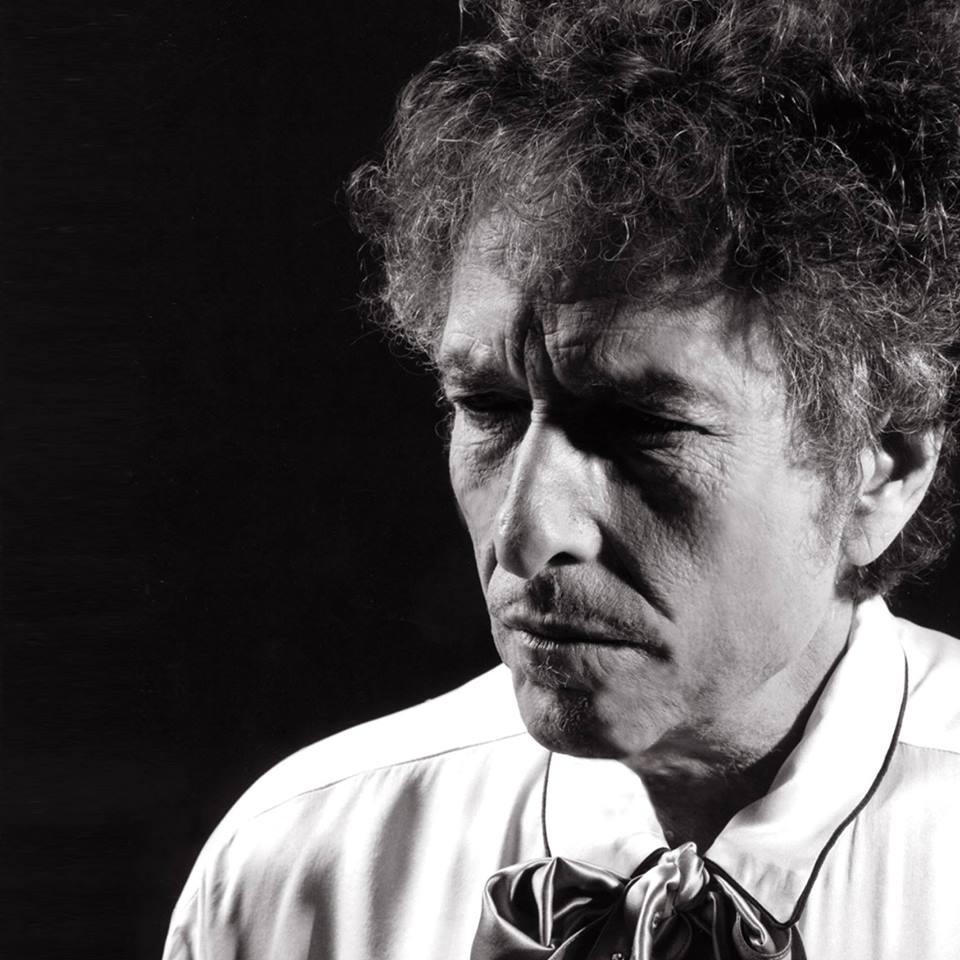 As has been Bob Dylan’s M.O. on tour over the years, the influential singer-songwriter prohibited photography by media outlets during Saturday night’s concert at Grand Rapids’ Van Andel Arena and declined to issue media passes for coverage of the show.

So, Local Spins asked some concertgoers and diehard fans to offer up their takes and mini-reviews on the legend’s return to Grand Rapids, with another icon, Mavis Staples, opening the show. Here are some of their mostly unfiltered assessments of the performance in front of an audience that filled about one-third of the arena.

MIKE ENSING – Having seen Bob Dylan a half-dozen or so times over the years (first at Pine Knob in the ’80s with Tom Petty, Seger showed up for LARST), I know he’s the polar opposite of somebody like Bruce Springsteen for crowd interaction. It’s about the songs: the excellence of the writing, the genius of the rearrangements, the word games of figuring them out. The ’40s standards interspersed were sung really well. Nothing will ever top “Blind Willie McTell” from “Bootleg Series 3,” but that’s just me…

CALIN SKIDMORE – Bob Dylan has been performing his music for the public for nearly 60 years, and for nearly all that time patrons and critics have been telling him that he’s doing it wrong. The current incarnation of his Never-Ending Tour made a stop in Grand Rapids on Saturday night and a small but responsive crowd was treated to what fans who have followed these live shows for at least the 21st century have come to expect: a tight and efficient band backing up an iconoclastic trickster fully committed to recreating and reworking his body of work with often interesting and occasionally thrilling results.

Highlights included completely new and daring arrangements for a select few classic canonical tracks like “It Ain’t Me, Babe” and “Tangled Up In Blue”, the latter a condensed, four-verse version featuring a large amount of new and different lyrics that Dylan clearly relished in dropping in and that induced delighted reactions from attentive audience members. Several other classics (“Highway 61 Revisited” “Blowin’ In The Wind” “Ballad of a Thin Man”) got more straightforward treatments, or at least similar to arrangements that Dylan has favored for the past several years. “Desolation Row” found Dylan playfully improvising on the piano to the point of almost re-arranging the tune on the fly with chromatic scale climbs and drawn-out vowels.

There were also fresh takes on more recent compositions including driving, syncopated bluesy versions of “Early Roman Kings” and “Pay In Blood” from his most recent album of originals, 2012’s “Tempest,” as well as several songs from his turn-of-the-century renaissance albums “Time Out Of Mind” and “Love and Theft,” including a lovely bluegrass-tinged take on “Summer Days” and an excellent new arrangement of “Tryin’ to get to Heaven.” Mixed in with all this were several tracks from his recent recordings of classic American songbook standards which received respectful, almost congratulatory cheers from the crowd. It is with these tracks that Dylan was at his most swaggering and proud, he obviously enjoys singing these songs and his famously ragged voice actually sounded clear and strong while lending his particularly masterful phrasing style to vintage hits like “Melancholy Mood” and “Why Try to Change Me Now.”

As always, there were also visibly frustrated audience members, confused and upset at both the difficulty in recognizing the new arrangements of old songs and with his utter refusal to engage directly with the crowd. The latter is not an unfair point: from the ominous warning at the top of the show that any cell phones, cameras or videos would “not be tolerated” to the stage design that essentially keeps the whole band and Dylan in particular in backlight for most of the show, making him little more than a shadow. He never acknowledges the audience with anything more than a head nod and a casual hand on the hip pose; no “thank you” or even a bow, no introduction of his excellent band led by silky smooth guitarist and frequent collaborator Charlie Sexton. Even when he took center stage to perform the standards while leaning into the mic stand like an old crooner he wandered far upstage. None of this is unexpected or abnormal for the shows Dylan has been performing over the past two decades, but for those coming in trained on the full rock star productions of his contemporaries can be understandably miffed.

People still expect Dylan to be doing what so many of his generation have for the past decade: rolling out greatest hit collection concerts and basking in fan adoration. But Dylan has never done what was expected, in fact subverting expectations and refusing to be pinned down are the only true constants throughout his long career. … They walk out now when he sings standards or rolls out a new arrangement of an old favorite even though he has been rearranging and altering lyrics of most of these songs from the day they were first performed. If the mind-boggling amount of music released over the past 20 years as part of the official “Bootleg Series” has proven anything, it’s that Dylan himself has never considered a song finished. The versions that ended up on the records were always just that, and he has always continued to let them grow and change. The songs Dylan performed on Saturday were quintessentially Dylan, even the ones he didn’t write himself. Mysterious, angular, confrontational, sometimes confounding but always unflinchingly committed to an expression that his specifically his own. There are some who question his relevance in today’s musical climate. Yet here is an artist who refuses to rest on past success and continues to practice his art in a way that makes sense to him. He is still searching for something new, and finding new ways to express old ideas. At 76, he is still reinventing himself, moving in starkly new directions and challenging notions of what an artist can or should be. Bob Dylan is communicating his truth without apology, and I can’t think of anything more relevant than that.

RICHARD B. KELLEY – Better than the last couple times (he was in Grand Rapids). Contempt for the audience remains unchanged. Guy behind us kept hollering for “Tangled Up in Blue” and Bob finally played it. Then the guy sort of muttered, “OK, how about ‘Subterranean Homesick Blues?’ “Tangled” was unrecognizable.

As usual, too much needless reinterpretation, even of recent stuff like “Thunder on the Mountain.” Trippiest part was the American Songbook stuff presented like “Tuesday Night at the Airplane Lanes Lounge.” Bizarre, but those songs are among the very few on par with his.

Staging and lighting were brilliant. Played a grand piano with greater confidence than I’ve ever seen him play keys. No guitar or harp. The stage utilized real antique movie set lighting, a circle around the band with a massive red velvet curtain. The crazy bastard had his Oscar on the stand behind him.

We didn’t have to sit through the umpteenth rendition of “Like A Rolling Stone,” “Watchtower” or “Rainy Day Women” which was a nice change.
I can’t abide or forgive the pointless “evolution” of his arrangements however. Contempt for the audience masquerading as art. “Tangled Up in Blue” was totally vandalized and “Summer Days” unrecognizable.

Other fan comments I picked up: “Different like Dylan always is,” from Alexis Mackey of Portage. “‘Love Sick’ was a nice change. First time in a while,” from Ron Schwenn of Grand Rapids.

STEPHANIE CLAPHAM – This was my first Dylan show and it absolutely did not disappoint. I did find him a bit hard to understand at times, but I more or less expected that. His band was phenomenal and I loved the variations on a few of his classics. Also, Mavis Staples was such a powerhouse opener. All of Van Andel was ready for her to “take us there.”

TONY TAGUE – Spot on for band and voice (but) deprived the audience of the Dylan we know. No hits all night long. I know him quite well and did not recognize many songs. My group agreed. Also, security coming around telling us no phones or lights on.

NICHOLAS JAMES THOMASMA – I don’t think I’ve ever said “wow” so many times at a Bob Dylan show. I’ve seen him 12 or 13 times now and I’m always amazed at the way he updates his arrangements and melodies. The set list was broad and unexpected, with a few gems in there. The band was on fire tonight and you could understand Dylan’s raspy and worn vocals with crystal clarity. This is the third time I’ve seen him at Van Andel Arena and hands down the best.

ISAAC POWRIE – I liked the show. Finally got to see “Desolation Row” live. I like that Bob does a lot of songs from Time Out of Mind on. The standards where good to see live and the arrangements worked well for his voice. Encore of “Blowin’ in the Wind” and “Ballad of a Thin Man” was a good ending. His band was really good. Glad I attended this show.

EMERSON BIGGINS – I guess I wouldn’t want my picture taken if I looked like a pissed grandma. Also, Van Andel is a horrible venue for a Dylan show.

GLENN WARNERS – No spotlights, nice set. White coat and shoes and a fro crown. Printed up the lyrics of the set list beforehand. Professional restrained band, hot lead guitar. No spoken words. Unimpressed. First Dylan concert in 50 years. One is enough. I’ll read it instead.