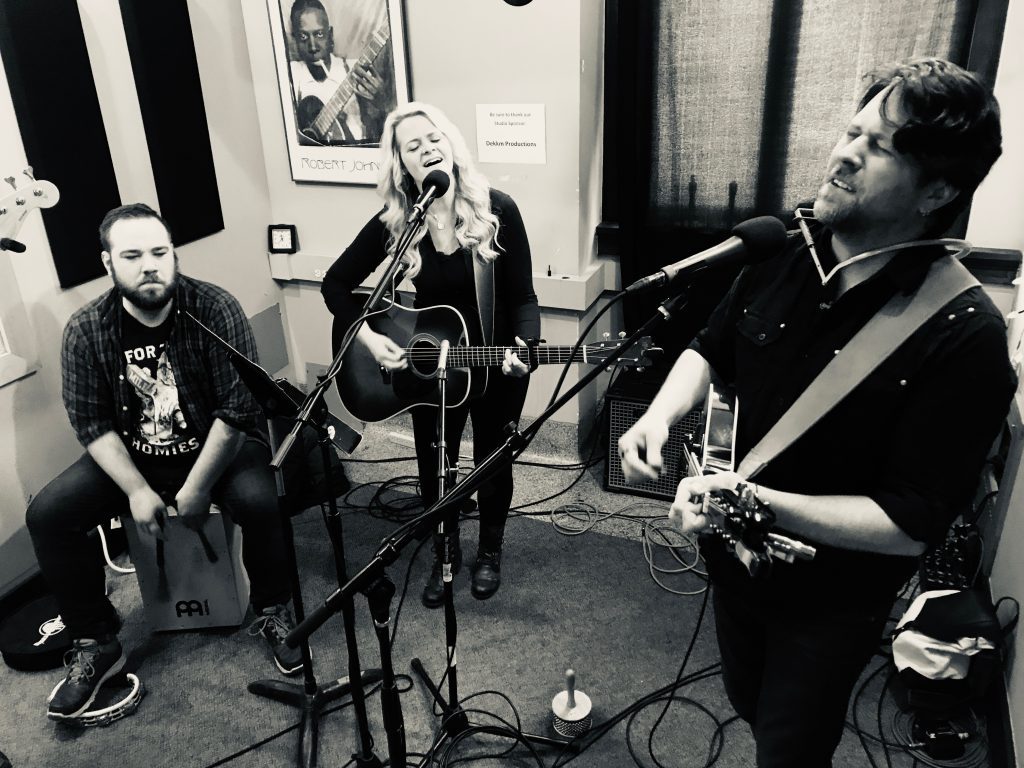 It also nearly derailed the promising career of Annagail, the West Michigan band she fronts with her husband, Jared, after they scored a hit single, tried their luck in Nashville and toured the United States, Europe and South Africa.

And if the crazy ups and downs of a touring and recording band aren’t enough to endure – and the Adams have experienced a series of bizarre setbacks over the years, including a house fire – the Zeeland couple never imagined how Lyme disease would become an all-consuming battle that would affect their family and their music.

But now, the five-piece band is back performing across West Michigan regularly, is set to release a live recording, and later this month will wrap up songwriting for a new studio album.

“We hope to keep expanding and playing out,” said Jared. “It’s fun to reconnect with some of the people who are still out there playing. We’re dusting off a lot of old friendships. It’s been life-giving to come back.”

The band showed off its harmony-driven, genre-spanning music – which Jared suggests “lives somewhere between the Foo Fighters and Emmylou Harris” – during this week’s edition of Local Spins on WYCE, performing the songs “So Called We” and “Once Removed.” Watch the video for “So Called We” here and listen to the full radio show podcast below.

VIDEO: Annagail, “So Called We”

There was a time not long ago when none of this seemed possible.

While attending a 2009 Indigo Girls concert in Nashville, Jennifer was bitten by a tick, went to emergency and had it removed.

“In about two weeks, I came down with the weirdest, strangest symptoms,” she recalled, noting the right side of her face developed Bell’s palsy and she even came down with pertussis, also known as whooping cough.

“I started to forget my name, my right leg started dragging. It was one thing after another. It was two years and 21 different specialists till we finally got the correct diagnosis of Lyme disease so I could get the proper treatment. But by that time, it had already wreaked so much havoc on my organs, that now it’s became chronic. It’s something that we deal with on a daily basis.” 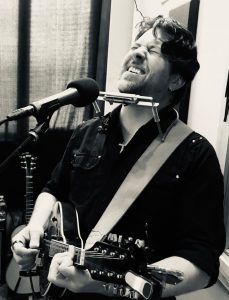 Added Jared: “It consumes you and nothing’s covered by insurance.”

The disease and its debilitating effects forced Annagail to take time off from performing and recording because “the grind of it was exhausting.”

But Jared said slowing down “to make space for healing” also “minimized something in our lives that was bringing healing”—in other words, music. So they started making music again.

“We realized how much strength and life there is in music and performing,” said Jared, noting the band has assembled 50-plus new songs despite Jennifer’s illness. “We didn’t stop writing.”

Jennifer has made progress, including rehab work to help her play guitar and sing again.

“This year, I have probably made the greatest strides in terms of controlling my strumming again,” she said, noting she also consulted with a vocal specialist in Chicago. “I’ve had to learn to sing all over the again. It feels like we have come full circle.”

Jared calls it “the most inspiring thing I’ve ever seen. On top of being the greatest rock ‘n’ roll mom, she’s played shows where she can’t sing, as it attacks her vocal cords, and we carry her on and off stage. A trooper for sure.” 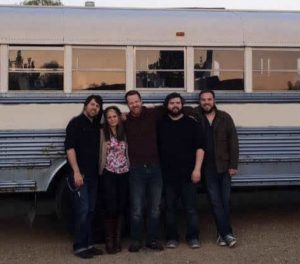 The Band: Back on stage and on the road. (Courtesy Photo)

“Stepping away from and profoundly returning to your passion is a wild ride,” Jared conceded.

“We’ve been doing this for 20 years so we have a pretty good sense of ourselves and are seeking to make the best music possible in spite of it all. We’re bringing all of this into this next album … and looking to capture an audio snapshot of a life well lived despite pain and troubles. Life that is hard, relentless and wonderful. A paradox for sure. We’re on a musical journey to, as the late great Leonard Cohen says, to ‘ring the bells that still can ring.’”

The May 3 edition of Local Spins on WYCE – which explores local and regional music at 11 a.m. Fridays on 88.1 FM – also featured the on-air debut of tracks by The Howlers (Grand Rapids), The Real Ingredients (Petoskey), The Press Delete (Zeeland) and Eliza Thorp (Petoskey), as well as music from Melophobix, GRiZ, Max Lockwood, Bermudas and Hank Mowery. Listen to the full radio show here.