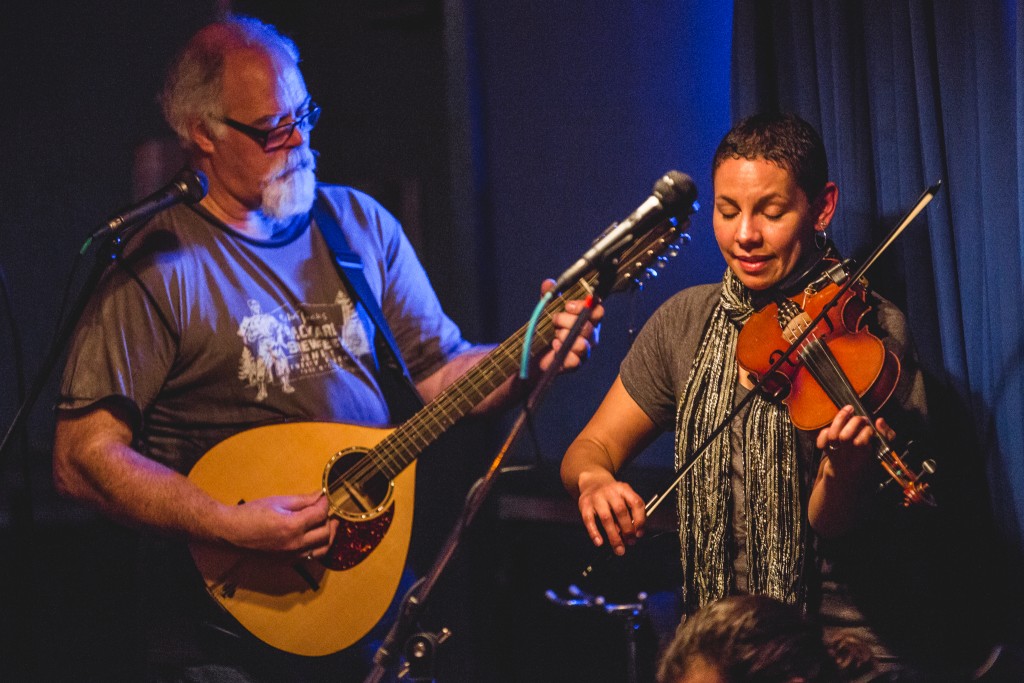 An Dro on Steroids: Jim Spalink, left, and Michele Venegas will be joined Saturday by a bevy of special guests. (Photo/Anthony Norkus) 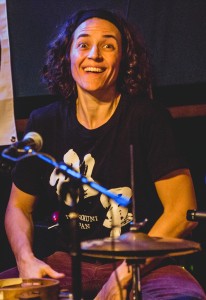 Based on 13 tunes composed by band member Jim Spalink, the Celtic music group spent more than a year recording the album in four different Michigan studios with contributions from more than a dozen guest artists and musicians who give this orchestral compilation a cinematic, lush milieu.

Spalink says “The Music of James Spalink” features mostly songs he’s written over the years that have been “parenthetical” to An Dro’s approach and “didn’t really fit into” the band’s usual folk dynamic. As such, he initially created synthesizer-based orchestral backing for the tunes – until bandmate and percussionist Carolyn Koebel convinced him to enhance the material with “real, live, breathing” musicians.

“She has a lot of contacts and she knows a lot of people that play a lot of instruments,” Spalink says, joking that it’s “kind of terrifying” to have so many other musicians performing his songs.

That enterprising attitude will also be reflected in An Dro’s official CD-release show on Saturday in an impressive setting: Fountain Street Church in Grand Rapids.

A bevy of notable musicians will join the trio – which also features fiddler Michele Venegas – on stage, including former band member Fred Willson on guitar and mandolin, Cara Lieurance on accordion and flutes, Roger MacNaughton on keyboards and a small string ensemble. In addition, the show will feature projects to really give it a cinematic flavor.

“We are going to project all his (Spalink’s) imagery and film and home videos and Michigan naturescapes, and be able to play these compositions with the orchestration with which it was intended” Koebel says.

The An Dro & Friends concert begins at 8 p.m. Saturday in the Fountain Street Church sanctuary, 24 Fountain St. NE. Admission to the show is a donation, with copies of the new CD available for sale.

Spalink and Koebel discussed the album and upcoming concert during Friday’s appearance on Local Spins on WYCE. Listen to the podcast here: