At Spins on Music, the arrival of the new year offers the perfect opportunity to look back AND forward with the third and final installment of my year-end Local Spins reviews of releases by Michigan bands and solo artists. That’s because this batch of reviews not only features albums released in 2012, but previews a few brand new recordings set for release in early 2013 (aka, Willamena, Thirsty Perch Blues Band, Kris Hitchcock and Small Town Son). And in the spirit of looking back, make sure you return Friday to Spins on Music for the big announcement of The 2012 Local Spin of the Year, certainly better than a Leg Lamp.

If you missed ’em, check out Part 1 of the Local Spins roundup here, with Simien the Whale, AG Silver, The Koh Kohs, and Part 2 here, with AOK, Tokyo Morose, The Real Lazy Genius and more.

Links to artists’ websites are included, with access to music samples and online CD purchases, a must to keep West Michigan musicians doing what they do so well. And check out my featured reviews in REVUE Magazine, including those in the new 25th anniversary January edition. 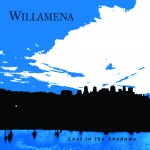 Willamena
“Lost in the Shadows”

The title of Willamena’s latest, much-anticipated studio album being released in mid-January could describe the plight of the Kalamazoo rock band as it navigated the winding, pothole-laden path toward elusive regional and national success. Shoot, I remember listening to the band’s fine 2004 release, “Far From the Current,” with some confidence that these guys, with their traces of Ryan Adams, Gin Blossoms and Tom Petty, were on the verge of a real breakout. 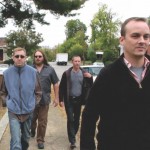 Several years of recording later, they’re still in the game and maybe savvier for sticking with it: By cleverly meshing infectious pop hooks with rootsy-yet-anthemic music that beats with a Midwestern heart, the band – Lukas Ross, Chad Hendrickson, Chris Newman and Ted Mitchell – emerges with an ambitious 10-track affair that leans on renowned producers Kevin Beamish (Nashville, Tenn.) and John Seymour (Hoboken, N.J.) as well as their own well-honed studio skills.

Revolving around themes of loss and redemption, the album embraces the notion that “life goes on and you need to move along with it or find yourself lost in the shadows,” notes Newman, bassist for the band that’s still based in Kalamazoo but with members living as far away as Florida and North Carolina. Delivering some “emotional weight,” as Hendrickson puts it, the standout tracks “She’d See Everything,” “Broken Heart,” “Falling Through the Sky,” “Oklahoma” and “A Heart Just Weighs You Down” could do some serious damage on U.S. radio in 2013. And that means there are songs on this album you’ll likely be humming in your sleep.
Websites: willamena.net, facebook.com/Willamenaband 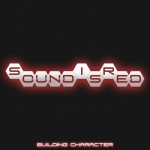 Pump up the volume, indeed. With guest singer-violinist Karisa Wilson imploring listeners in that regard on this album’s second track,“TITQ,” SoundIsRed’s debut moves Grand Haven’s Kevin DePree smack dab into the spotlight as one of West Michigan’s most impressive electronic/dance artists. As DePree describes it, SoundIsRed aims to create a “fictional universe” exploring the digital music world, with each track boasting its own characters, twists and turns in an album mixed at Matt Geroux’s Feverbell Recording and mastered by the renowned Glenn Brown. Suffice to say, those turns are ever-inventive in a Euro-dance sort of way and, yes, beg to be played loud.
Websites: soundisred.com, facebook.com/SoundIsRed,

If the walls didn’t collapse and the Walker cops didn’t get summoned, I’m guessing “Uncle Jack’s basement” never felt any groovier than it did when The Legal Immigrants recorded their debut album there in early 2012. With an earnest, guitar-fueled urgency that recalls Jack White, Jet and even Led Zeppelin, guitarist-vocalist Joe Bockheim, lead guitarist Ian Dodge, bassist Jeff Armstrong and Tony Lubenow deliver the rock ‘n’ roll goods with good-natured ferocity and an instrumental maturity way beyond their years. It’s the first volley in what West Michigan can only hope will keep these guys in green cards for a long time.
Websites: thelegalimmigrants.com, facebook.com/thelegalimmigrants 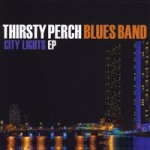 It has to be said from the outset: This is country that rocks. Singer Kari Lynch and her bandmates – guitarist Ryder Jones, acoustic guitarist Matthew Kok, bassist Jacob Meekhof and drummer Sam Briggs – already have established themselves as one of West Michigan’s most energetic and promising acts on the country music scene, and this three-song EP recorded at Mackinaw Harvest Music showcases all that they do so well: hook-filled songwriting, tight musicianship, dynamic guitar leads. Led by Lynch’s fiery vocals, the track “Sincerely Gone” should be a staple on country radio, period, and “Cyanide” pushes country to fresh places with delicious, funk-rock underpinnings.
Website: facebook.com/karilynchmusic 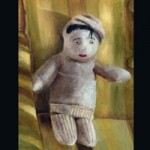 With a dreamily eclectic ensemble approach, haunting vocals, special effects and a psychedelic aura, Grand Rapids’ Sam Kenny has created an avant garde folk album unlike any other. Produced by Mike Kirkpatrick, and recorded at Rax Trax Recording, Le Studio Deluxe and Derty Nerdz Studios, the 17-track project assembles a bevy of West Michigan musicians and singers. At times, the songs hint at some of Bright Eyes’ most inventive efforts, but mostly Kenny captures his own singular, musical milieu of laid-back acoustic beauty and choral magic. (The album’s available at CDBaby, Amazon and other online outlets.)
Websites: facebook.com/samkennymusic, samkenny.com 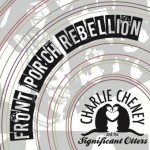 Fremont guitarist-songwriter Charlie Cheney and his bunch – mandolinist-singer Craig Van Otteren and washboard player-singer Vickie Van Otteren (with bassist Tim Foley pitching in for live shows) – deliver musical stories told on front porches, the sorts of tunes that inspire sing-alongs around campfires. Sometimes funny, often poignant, Cheney’s folk songs – which have garnered kudos from the likes of Jackson Browne and Freedy Johnston – are small-town-styled nuggets: tunes about fortune-tellers, bridge tenders, that “cheat” Jimmy Dugan,” a song with the tongue-in-cheek lyrics, “I’m going to cut you up, Buttercup, and stick you in my trunk and drive out to the desert and dig a hole.” Entertainingly loosey-goosey at times like any engaging front porch jam, the collection – recorded live at Milwaukee’s Makin’ Sausage Studios – oozes charm.
Websites: significantotters.org, charliecheney.com, sbunitedsite.com 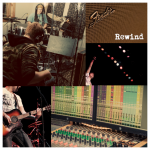 Recorded in Nashville, the award-winning Kris Hitchcock and Small Town Son’s sophomore album kicks this talented singer-guitarist’s game up more than just a notch, balancing heartfelt ballads (“What Songs Are For,” “Don’t Tell Georgia”) with uptempo country-rockers drenched in twang (“Haywired,” “Wild Honey” “Taking a Chance”). Hitchcock labored on this MagmaTone Recording album for a long time in Nashville with well-known producer Jimmy Dulin, and it paid off with a hefty assist from uber-talented fiddler Susan Belliel and guitarist Ian Szarafinski.
Websites: facebook.com/krishitchcock, krishitchcockmusic.com

Kris Hitchcock and Small Town Son host a CD-release concert on Jan. 24 at The Intersection in Grand Rapids; $5 advance, $7 day of show. 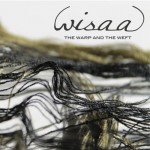 Wisaal
“The Warp and the Weft”

Asamu Johnson
“Got to Go”

At 62, Asamu Johnson has likely lived his share of the blues, though his version of it might be galactically different from the rest of us, judging by the most unusual track on his 2012 solo CD: “I Seen It,” a musical ode to his sighting of a UFO. Founder of Grand Rapids’ Fatt Lapp Blues Band, the singer and bassist’s website for the one-time Asamu Johnson Project accurately notes that his tunes are written “with a lot of wisdom and a sense of humor,” certainly evident on the tracks “Funny Money” and “I Seen It.” They’re also performed with rich-sounding authenticity.
Website: tatemusicgroup.com