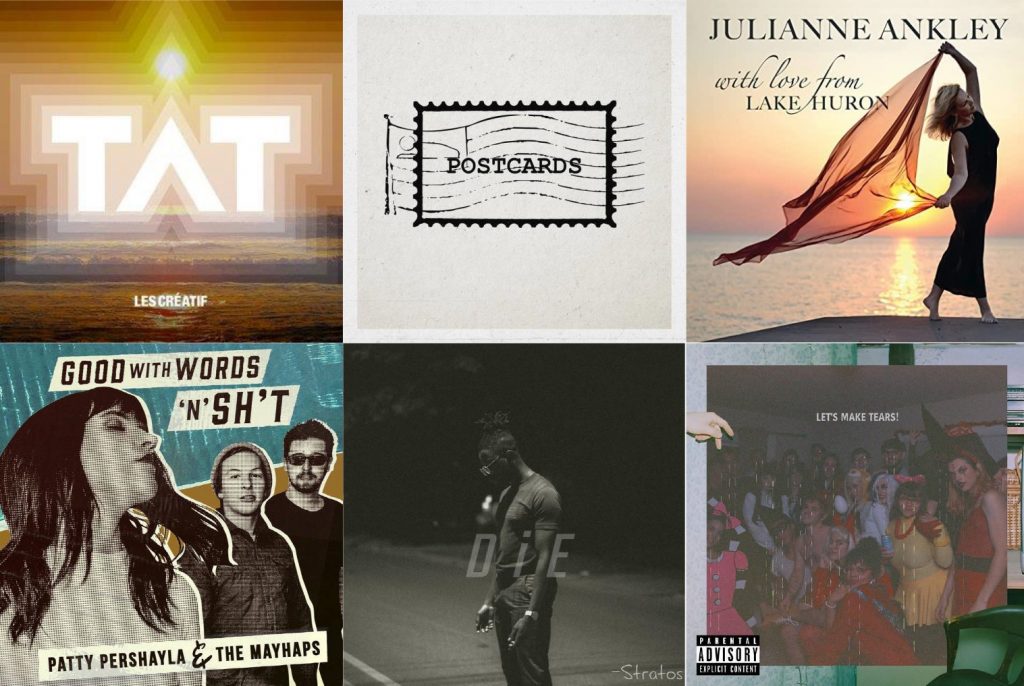 That means there’s no better time to snuggle up to some new releases, so Local Spins today showcases six new albums and EPs by Michigan artists, with audio from selected tracks to help you explore each of the featured artists.

Check out previous reviews of releases by local and regional artists at Local Spins here. 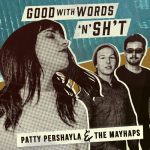 What Stands Out: Patty PerShayla has quickly become one of Grand Rapids’ most promising indie songwriters. Wielding a rough-around-the-edges, rock ’n’ roll attitude, PerShayla’s presence as the leader of a snarling band is a spectacle with gravitational force. With their full-length debut, the Mayhaps have carved a smoldering record from raw emotion. Opening with the frenetic “Get my Good Side,” it feels as if the band is standing inches away, blasting their songs at full volume and bearing down on their instruments. The song’s main guitar riff is reminiscent of Jack White’s rumbling guitar tones. Wild and brimming with energy, the track befits the kickoff to a rip-roaring album. A couple of songs later, “Apostrophe” takes its time, sauntering along during the verses with a bluesy guitar riff that repeats while drums groove along steadily. PerShayla’s playful vocal performance is highly entertaining and at times verging on theatrical. One of the album’s strongest songs, “Real Problems” expertly displays the band’s wide-ranging dynamics. The verses are smooth and inviting, with PerShayla leaning towards a mellower vocal approach to deliver a sequence of juxtaposing lines of self-reflection. The chorus rocks out with crunchy guitars and a gravely refrain before the bridge blasts off to space with a dreamy guitar lead that floats into another atmosphere. “Midnight Line” closed things out, driving deeper into grungy rock ’n’ roll territory. With a brief but impactful length, the track brims with lumbering, heavy guitar leads.
Digging Deeper: Patty PerShayla & The Mayhaps blaze their own trail with this no-frills rock record. It’s lean, mean and ready to fight the machine.
Perfect For: Maxing out the volume on your car stereo; bench pressing societal burdens off your beating chest; anything that has to do with fire. – Ricky Olmos
Website: http://pattypershayla.com/home
Listen: “Get My Good Side” 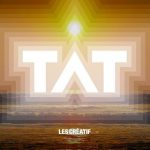 What Stands Out: Crickets can be heard at the beginning of “Row.” It’s ironic, of course, because while that calming ambience persists, Les Creatif’s “TAT (The Aaliyah Tape)” is anything but boring. The double single is the first music from Les Creatif – the brainchild of Grand Rapids hip hop/funk/jazz musician Dante Cope – and features Eyrnestine, Ariana Charlene and Plymouth Williams. Both “Row” and “My Needs Don’t Set at Dusk” combine a mega-groovy rhythm section with smooth, melodic saxophone and nautical imagery (the lyric “rock the boat” is sung on both tracks). Though, perhaps with a line such as “part the seas like Billy Ocean,” that imagery would better be defined as nautical swagger.
Digging Deeper: Have you ever wanted to hear a richly produced song in greater detail? Cope and company afford the listener that luxury with instrumental and a cappella cuts of both songs. Hearing it all on a streaming service such as Spotify, that quirk becomes more of a feature than a bug. It’s a treat to hear the nuance in the many vocal layers of “My Needs Don’t Set at Dusk (A Capella)” as well as the spacious arrangement of “Row – Instrumental.” All six tracks in order make for a rather artful listening experience. (The album with references to late R&B star Aaliyah also shot straight to the top of the Local Spins Hot Top 5 Chart for September.)
Perfect For: Fans of D’Angelo and Tyler the Creator – Devin Anderson
Website: facebook.com/lescreatifmusic
Listen: “Row” 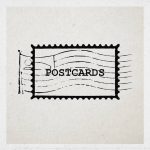 What Stands Out: Introducing an album with a spoken-word piece is a bold choice. But The American Hotel System is a bold band. They’ve done the spoken-word intro thing twice now – once on their 2019 debut album, and once on this “Postcards” EP, released on Oct. 2. Both tracks bear the name of the Grand Rapids band as an acronym, so at first glance it may seem like “Postcards” is cut from the same cloth as its predecessor. But this EP was born during the quarantine, when expectations are stripped away and normalcy is redefined. The words “Locked up inside with nothing but thoughts / my fears come alive when facades fall off” serve as the introduction to this 2020 edition of TAHS — emotionally raw, rustic and unabashedly modern.
Digging Deeper: The five proper tracks pull together elements from blues, Americana, folk and contemporary indie, but the band’s unique artistic voice is never obscured by its influences. There’s no pretense here, just honest reflection. “How can I know that I’m right?” asks “Nothing Is New.” And standout track “The Poison” takes a look at some universal problems within the context of our modern modes of communication. The narrator is seemingly reconciled by the end of the song, deciding it’s better to “savor the sweet” than be consumed by bitterness, a fitting reminder for a year that contains so much of it.
Perfect for: Introspective listening and fans of stripped-down rock and folk. – Devin Dely
Website: https://www.americanhotelsystem.com/
Listen: “The Poison” 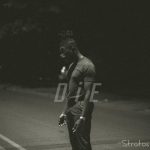 What Stands Out: Award-winning Kalamazoo saxophonist, producer and composer Eddie Codrington (also known as “Stratos”) describes “DiE” as “written and recorded during the COVID-19 pandemic. During this time, the Black Lives Matter movement saw a massive resurgence following the death of George Floyd. The jarring tone-shifts from track to track represent the uncertainty and failure to cope that an individual, especially a black one, can face during such a time.” The raw emotion behind each tune cannot be understated, utilizing a blend of acoustic and digital instruments paired with some skilled collaborators to really help fully express the vision behind this album, with a final polish from mastering engineer Samuel Peters. Drummer Madison George is featured on “Sum’m,” a tune centering around an odd-meter groove and Eddie’s layered wind parts. “Shine” radiates with warmth and power, featuring Eddie’s skillful saxophone playing, the influences in the arrangement, and guest vocalist Nashon Halloway’s relaxed delivery. “Thoughts I.” shifts into a meditative tune, steeping the listening experience in a beautiful choir of winds, vocals provided by Julia Moffa, and electronic processes that combine into one beautiful, expressive breath of a musical moment. “I Hate This Bird App” drives forward with a solid, syncopated funk backbeat from guest bassist Daniel Durst. The title track, “DiE,” abruptly shifts the tone to death, anger and a righteous fury detailed in the frenetic saxophone lines, distorted guitar riffs performed by Patrick Arthur, and the clear awareness to the black experience spoken in poetic dialogue, biting at criticism from external forces while digging deep introspectively to glean perspective and strengthen resolve in the face of adversity. The final track, “Lover Boy,” is a beautiful send-off for the album with a moving bass solo from John Hebert.
Digging Deeper: “DiE” wonderfully captures the moment in which these tunes were crafted and recorded – art that so beautifully reflects the artist’s environment that it further strengthens the messaging in spoken passages. Leaning on the raw power and talents of the players, the tunes in this sonic narrative are sculpted by a perceptive individual who has proven time and again his ability to craft engaging musical moments.
Perfect For: Those hungering for unfiltered expressions of modern jazz artistry found in the examination of the black experience surrounding 2020 – Dutcher Snedeker
Website: https://www.eddiecodrington.com/
Listen: “DiE” 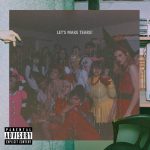 What Stands Out: Look no further than its title track to make some sense of this album’s characteristic spirit: a joyous indulgence in sadness. “Let’s Make Tears!” is a deep dive into the psyche of Bronze Wolf, aka Eric Tempelaere, with musings of identity, dreams, self-doubt and equality. Tempelaere’s voice sounds fantastic, delivering deeply emotive lyrics overtop gorgeous synth-pop beats. It’s certainly not a sonic palette that many fans of West Michigan music are used to hearing. That refreshing uber-modernity in both sounds and lyrics makes the album a standout of 2020.
Digging Deeper: It’s easy enough to blast “Let’s Make Tears!” on a car ride and just enjoy its pure catchiness and meticulous production, but having a dedicated listen while reading along with each song’s lyrics (available on Bronze Wolf’s Bandcamp) really gives the album its due. “Dark Recess” grapples with the role of the “unnerved” individual amid a strange political and social climate. The line “shapeless ensconced impalpably” thrives in the esoteric, where other lyrics soar over the song’s intricately layered percussion with clarity: “I seem to recall a single dream where there’s peace for all kinds with a beating heart inside their chest.” The title track and “Bury Your Dreams” are other standouts.
Perfect For: Fans of James Blake, Porches and dancing at home alone on a cold, cloudy day. – Devin Anderson
Website: bronzewolfmusic.com
Listen: “Dark Recess” 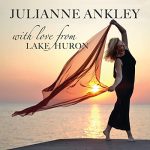 What Stands Out: The super crisp sound of modern country music immediately jumps out on Port Huron-area singer-songwriter Julianne Ankley’s new album, “With Love from Lake Huron.” Recorded in Nashville and produced by Ankley, the album’s tight rhythmic bedrock is decorated with tenderly played organ, electric keyboard and lap steel as well delicious and authoritative guitar licks played unmistakably on a telecaster. It’s as authentic as a country record could sound, and with it, Ankley’s voice and songwriting are a match fit. The resounding sonic signature of the album feels like something of a warm smile.
Digging Deeper: While Ankley sings of gratitude and contentment on much of the album (“Paint a Beautiful Life”), “With Love from Lake Huron” is given deeper depth songs of sentimentality and longing. The haunting ballad “Ghost of the Fort Gratiot Lighthouse” is told from the perspective of a spirit fated to operate a lighthouse for eternity. On the tender “Raining for You,” Ankley yearns for a loved one, singing “I’ll be counting on a storm to blow you home into my arms, where my heart keeps flooding over.”
Perfect For: Michiganders looking to relax with some easy listening. – Devin Anderson
Website: julianneankley.com
Listen: “Ghost of the Fort Gratiot Lighthouse”