The Grand Rapids ensemble’s latest project joins releases by Earth Radio, Crispin Campbell and Cameron Blake as new entries on the September chart. Listen to songs from each album at Local Spins. 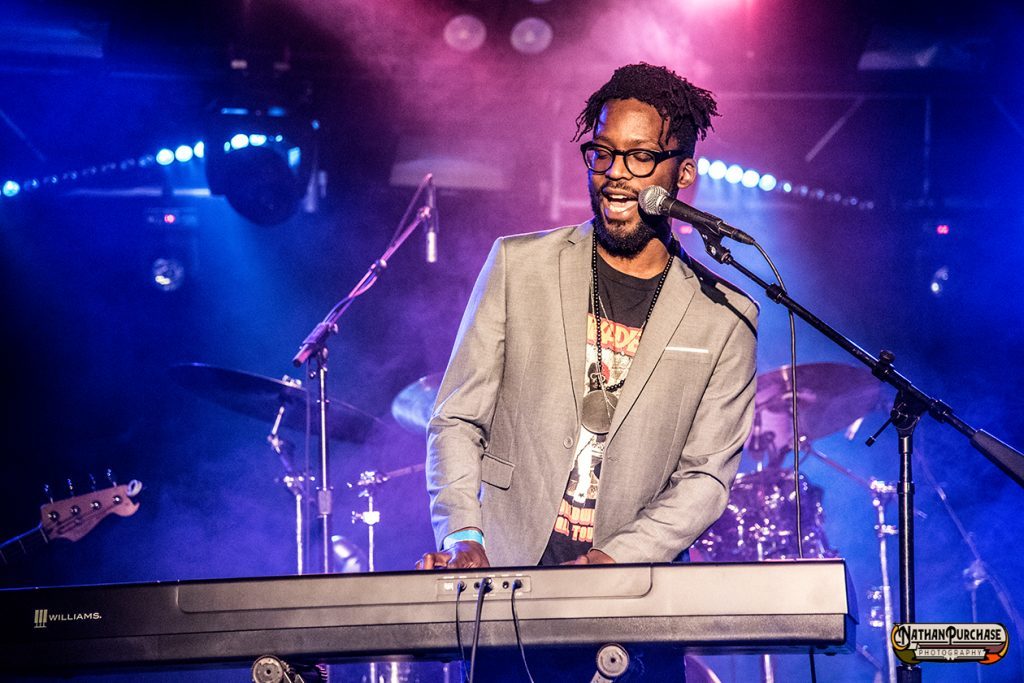 Watching Les Creatif perform on stage is like an out-of-body experience – a funky, hip-hop-driven, boundary-pushing, genre-crossing spectacle that left fans inside Elevation at the WYCE Jammie Awards mesmerized last February.

Appropriately, members of the Grand Rapids ensemble dub themselves “a band from space,” with their tantalizing, brand new recording, “TAT (The Aaliyah Tape),” lovingly described as “new funk for your mind.” 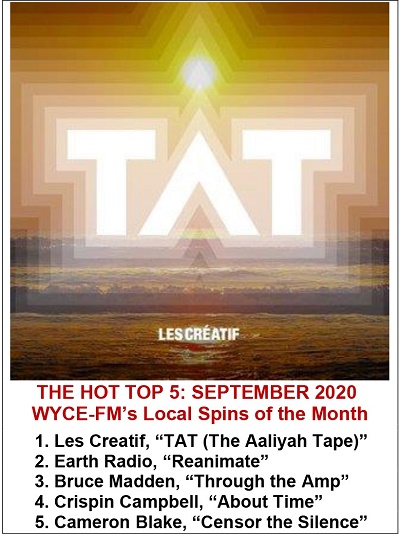 Four new entries on the chart for September.

That “new funk” approach clearly has won a growing audience: Les Creatif’s latest album soared straight to the top of the Local Spins Hot Top 5 Chart for September, representing the local or regional album that received the most airplay at WYCE (88.1 FM).

Multi-instrumentalist Dante Cope, aka Brandon Copeland, said the recording – which features three different takes on two songs – is so titled because both compositions have references to the late Aaliyah, an R&B/hip hop star who was raised in Detroit and died in a plane crash in 2001.

“The project is an ode to how Plymouth Williams, Ariana (Charlene) and I fell in love with music,” Cope explained.
“It’s formatted like a cassette single (with) two songs, instrumentals and a cappellas. It also signifies a change in the style of music we make – more funk-based.”

In recent years, Les Creatif has found a growing audience and broader recognition for its compelling work. 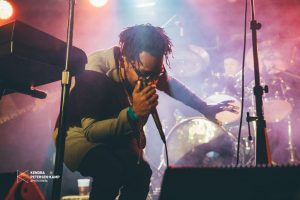 “We have been building and mobilizing our supporters for the past few years through dope music and an unapologetic creative process,” Cope said. “It feels great to share that with those who are new to the music we are creating.”

Les Creatif was one of four brand new entries to the Hot Top 5 Chart, with the award-winning Grand Rapids band Earth Radio’s latest release, “Reanimate,” entering the chart at No. 2, northern Michigan cellist Crispin Campbell’s jazz-propelled “About Time” at No. 4, and Grand Rapids singer-songwriter Cameron Blake’s upcoming “Censor the Silence” at No. 5.

Only one album – Bruce Madden’s bluesy “Through the Amp,” which moved up a slot from No. 4 in August to No. 3 in September – remained on the chart from the previous month. (Check out Local Spins reviews of several of these albums.)

Listen to tracks from all of the albums below, and scroll down to check out the list of new regional releases added to the WYCE-FM library.

THE CHART ON SPOTIFY: September 2020

Tracks from new albums by Bruce Madden and Cameron Blake aren’t available on Spotify. Listen to them here via Bandcamp.com.
Bruce Madden, “Ridin’ In the Moonlight”