This mid-December roundup of new releases by West Michigan artists ranges from the soothing to the rousing, and from the dreamy to the thought-provoking. Read the reviews, listen to selected tracks. 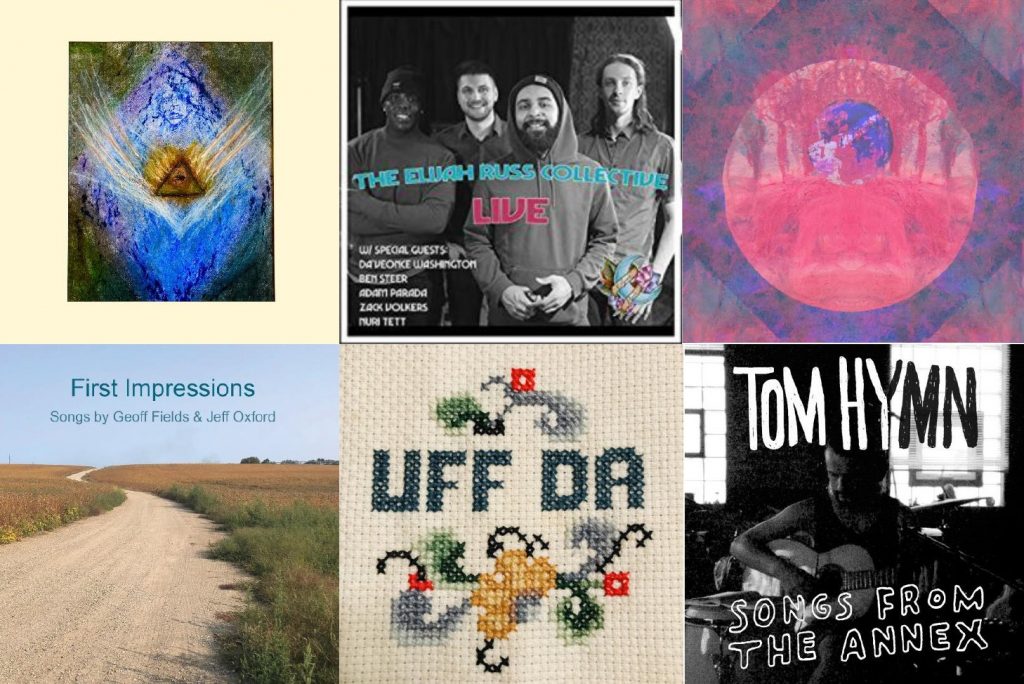 As 2020 draws to a close, Local Spins continues to showcase new music from West Michigan artists.

In this December roundup of new releases, reviewers delve into the latest from some well-known acts as well as the debut of brand new projects. 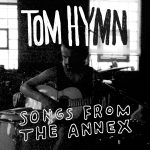 Tom Hymn
“Songs from the Annex”

What Stands Out: This is a record that delights in so many styles and in so many poetic, lyrical expressions – with Tom Hymn’s songwriting and instrumental performances standing alongside Austin Owens’ additional performing, recording, and mixing skills. Going into 2020, Chad Houseman, known as Tom Hymn, had already put out “A Shrine 2 Create” and later recorded the track “Sub Ek” for Hoom Hits’ “Quarantine Compilation.” Then, after losing a job during the pandemic, he devoted countless hours in “The Annex” (the name he affectionately gives to his apartment) to craft this album. The aforementioned single, “Sub Ek,” opens the collection, slowly building off of one riff, describing feelings of love masked in a hard exterior. “Dancehall On The 3rd Floor (For Tyler)” plays around with the emotions in isolation, from observations of his environment and friends to the frustration of not being able to regularly interact. “Et Na” waxes poetic to a driving groove, referencing Mount Etna, the Devil’s Wind, and even bullfighting around the need for a change in perspective. With acoustic guitar and various percussion, “Fear Among My Friends” creates a catchy music backdrop to the swirling, negative emotions felt during 2020. “Fourth Bonanza of Jelly Bean” captures the feeling of time passing while things are on fire, passing moments around various vices and finding some comfort in the consistency, while “Two Incan Queens” tells the story of Claire and Maria in a dreamy, lilting texture as they explore fear, love and deeper healing through eternity. Then there are tracks melding Spanish folk and garage punk, a tale of being pulled over by the police, and a Tom Hymn take on a relationship navigating the storm clouds ahead in life. “The Dance Against Death or Mary & The Planets or Stay In The Woods With The Devil” is the longest tune – chronicling love, life, and death in an almost theatrical way. “Analogue Lemon” closes the record, leaving with one final allegory to the state of the world, shifting from solo acoustic guitar and voice to a brief Latin interlude along the way.
Digging Deeper: This is an album that rewards deeper listening. On the surface, it’s a well-produced indie candy shop, with so many multi-genre, fuzzy, dreamy, and folksy treats to indulge your musical taste buds. The carefully chosen lyrics offers a delightful display of storytelling, prose and poetry all strung together to detail so many personal thoughts and experiences in such a tumultuous year.
Perfect For: Music fans hungry for passionate artistry that weaves a vivid tale and explores a wide palette of styles. – Dutcher Snedeker
Website: https://www.facebook.com/tomhymnmusic
Listen: “Fourth Vision Of Bonanza Jellybean” 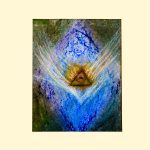 What Stands Out: Ben Hunter has been a staple of the Grand Rapids music scene for years in bands such as Head and Love Fossil. On “No Masters,” Hunter traverses an assortment of rock subgenres under his solo alias Brother Wolf. Freedom and unity through the lens of 2020 are at the heart of the album. From liberty and human rights to love and longing, there’s some real heart-on-the-sleeve songwriting by Hunter here. As a personal statement, it’s all the more bold that Hunter performed and recorded the album himself.
Digging Deeper: Hunter’s songwriting is fueled by thoroughly composed, guitar-driven rock music, combining unlikely genre elements from post punk to classic rock. “619,” a song about patience, creeps along with soft keyboard and echoey guitars in a sort of conversation. Hunter’s ghostly vocal delivery over an increasingly thumping rhythm section in the song’s chorus is a high point for the album. The aggressive “Sink In” borders on hardcore with some terrific drumming, but shifts to something more cinematic with an eerie, softly played piano outro. Seemingly out of nowhere (yet perfectly placed), the album closes with a faithful cover of David Bowie’s “Five Years.”
Perfect For: Contemplating what a strange and historic year it’s been; fans of ’90s rock and David Bowie. – Devin Anderson
Website: https://friendshiptothemax.com/
Listen: “Sink In” 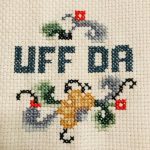 What Stands Out: Jeremy Ensley, known in the Grand Rapids music scene as the electronic artist Wicker Basket, asserts that he has “painstakingly manipulated a collection of vibrational patterns from deep within the hot cellar.” This new offering, “UFF DA,” recounts the journey of a man as he translates emotions and tonal curiosities into arrangements of nostalgic sonic textures. Sometimes funky, other times dreamy, this six-track instrumental sojourn unfurls in a sea of warm, panning pads, transporting the listener to a world of sonic vignettes and electronic patchworks that demand the highest quality headphones. “Metro Gnome” makes use of the stereo space by pouring different layers into each nook and cranny. “The Escapist” pulses with tempo-mapped delays gliding overtop rounded bass tones, creating a sensation of flying far away from whatever may have tethered you to the ground as you slip into space. In that save vein, “Days Without Sun” feels like a satellite drifting through space, slowly moving at a persistent speed as things pass it by while it observes them in a sea of breathy, swirling samples and punctuated synth stabs. To close the record, “Return to Zero” pulls away from the warmer synth sounds of the beginning of the record in favor of more spacious, colder pads dotted with slapback beats as a digitized melody line phases in and out of the soundscape.
Digging Deeper: Each track on “UFF DA” offers listeners a chance to sit back and soak in the transfixing layers of synths, beats and pads paired with a refreshing blend of effects. Even with each song feeling different, there is a through-line narrative expertly crafted by a seasoned bit-smith who offers respite from the outside noise.
Perfect For: Sipping a warm beverage with your headphones on, steeping your senses in warmer tones for wintered bones. – Dutcher Snedeker
Website: https://www.facebook.com/WickerBasketmusic
Listen: “Chapel Perilous” 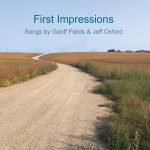 What Stands Out: The fetching indie-rock with a lilting pop flair that rolls out on this debut EP represents a truly unusual musical collaboration between Michigan artists. Written by Grand Rapids lyricist Geoff Fields with music created by Grand Rapids musician Jeff Oxford, these songs are actually performed, produced and recorded by northern Michigan guitarist, singer and multi-instrumentalist Jake Allen (who recently released his own solo project, “Affirmation Day”). It’s a partnership that fits like a glove, with Allen adding his production prowess and guitar fire to well-crafted slices of life about the road, the homeless and passing love.
Digging Deeper: Created and produced during this year’s COVID-19 pandemic, Oxford and Fields have written 19 songs together so there’s likely plenty more to come from this songwriting duo. As the title track puts it: “There’s a first time for it all; who knows where this might lead.”
Perfect For: Watching the snow dance to the ground on a cloudy winter day. – John Sinkevics
Website: https://oxfordfields.bandcamp.com/releases
Listen: “Bonfire, West 3rd” 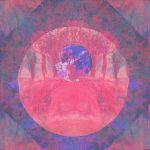 What Stands Out: After lending his talents to the Grand Rapids bands Gorgeous Oranges, Wala Gum and Bigfoot Buffalo, multi-instrumentalist Sean Stynes steps out with this mesmerizing, debut solo album, brimming with dreamy and psychedelic indie-rock. Weaving electronic effects and synthesizer passages throughout, Stynes creates an immersive, dream-pop milieu that gets heavier and edgier on tracks such as “Lines (Long Ago)” and “It’s All Around” without losing any textural beauty. Even more impressively, Stynes played all the instruments and recorded the tracks in his home studio.
Digging Deeper: There’s a deceptively simple, plodding vibe to parts of this collection, but all of it envelops, entices and narcotizes the listener. For the year of COVID, “Heal” is an appropriately titled musical salve for these troubled times. As Stynes sings on the Beatle-ish, piano-based “Let the Sun In”: “I want to let the sun come in today.” Don’t we all?
Perfect For: Fans of Sigur Ros, Beach House and the Beatles’ psychedelic-era releases. – John Sinkevics
Website: https://seanstynes.bandcamp.com/releases
Listen: “Heal” 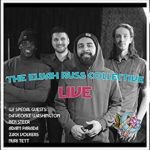 What Stands Out: Combining live session releases with a variety of regular collaborators, Elijah Russ continues to showcase his abilities as a singer, guitarist, songwriter and bandleader. The crew on this record includes talented young Grand Rapids artists DaVeonce “Dee” Washington on drums, Ben Steer and Nuri Tett on Bass, Adam Parada on keys, and Zack Volkers on additional guitar and vocals. The album splits into two settings, with a full band at Dogtown Studio and an intimate, acoustic listening session at Lions & Rabbits, recorded by Great Lakes Live. “Prelude” pulls familiar moments from Elijah’s catalog of songs, including his 2019 single, “Mind Your Business” (which makes an appearance on this release). He then goes straight into “Emilia,” an infectious number with a catchy chorus hook and driving rock sound. “Brilliant Mind” turns that sound up past 11 in this amped-up Latin rock number, complete with guitars and drums soloing throughout. There are other highlights, including the “Fur Elise” spin on the iconic Beethoven composition and “It Won’t Be Easy,” which keeps a driving rock groove even as electric instruments are swapped out for acoustics and the band becomes a trio, with Tett’s solid upright bass holding down the tune as Volkers accompanies Elijah. “Mind Your Business” closes it out, radiating power and the feeling of being captivated at a house concert with close friends.
Digging Deeper: While Russ has spent most his career as a solo artist, he’s surrounded himself here with a crew of musicians that elevates his songwriting and gels with his performance style. Each track shows a different part of his character and captures the range of his live performances.
Perfect For: Cranking up in the car on the drive home from work until you’re ready to transfer it onto the home stereo. – Dutcher Snedeker
Website: https://www.elijahruss.com/
Listen: “Brilliant Mind”