Western Michigan University’s jazz studies program adds another feather to its cap: Bassist Tom Knific is lauded by Musical America as one of the top 30 innovative music professionals of the year. 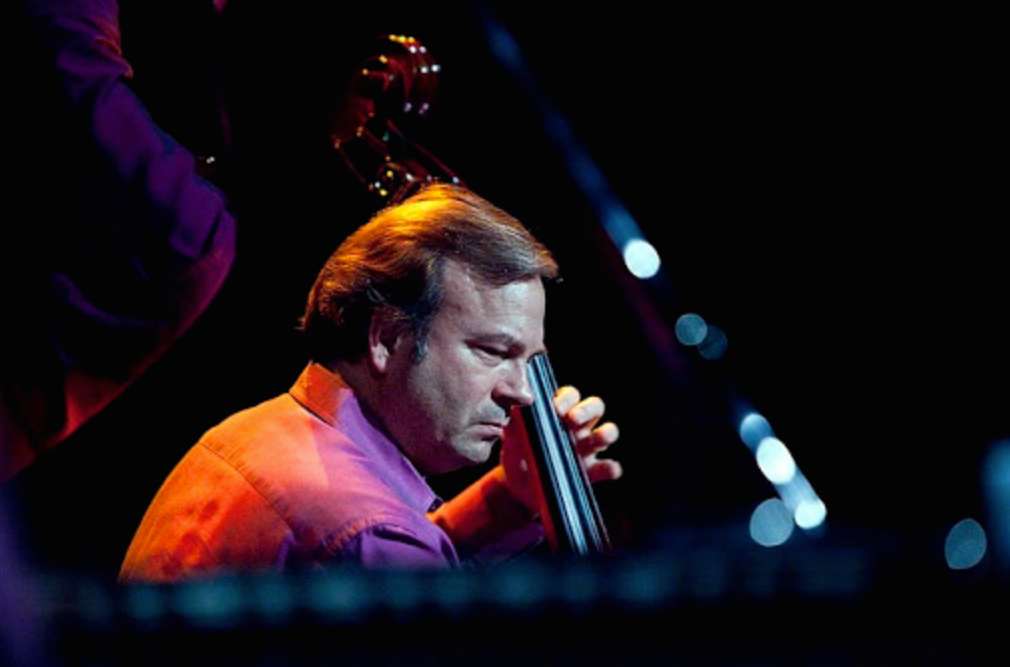 ‘Truly Humbled’: Tom Knific has shared stages with legends such as Dave Brubeck and John Scofield.

It’s almost as common as the improvisation one hears throughout the halls and auditoriums of Western Michigan University’s heralded jazz studies program.

The program, which has produced more than 125 Down Beat magazine student music award winners — among the greatest number for any school in the history of the award — has now had its longtime director singled out by one of the most prominent music publications in the country, Musical America.

Named by the publication as one of the top 30 innovative music professionals for 2016, Western’s Thomas Knific was both “delighted and stunned” by the honor, one he says he never saw coming. 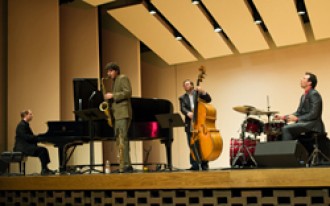 “You just don’t know who is paying attention, I guess,” said the double bass instructor who has headed up Western’s jazz studies program since 2000. “Growing up, Musical America was what you would go to in the library to see what was happening, not just in our country, but beyond, in terms of professional events, labels, who is doing what where, what is new. I’m truly humbled.”

Knific, in addition to performing alongside such greats as Dave Brubeck, John Scofield, Sunny Wilkensen and countless others throughout his career, has performed on five continents and released five CDs with the Western Jazz Quartet, a faculty ensemble he has been involved with since his 1987 arrival at WMU. (Watch a video of him performing below.)

His travels and studies have allowed him to write from a multicultural point of view, something that comes out in both his jazz and classical compositions, he says.

“It all feeds and nourishes each other,” he stated. “I just learned a ‘jazz’ work which I arranged for a fabulous bass sextet in Vienna, made up of some of the great players from their symphonies, etc., that call themselves Bass Instinct.”

PLAYING JAM SESSIONS WHILE GROWING UP, SNEAKING IN TO SEE JAZZ LEGENDS

The band used his work as the title track for their most recent CD, “Home Bass,” one of hundreds of examples of Knific’s music that has been published around the world. 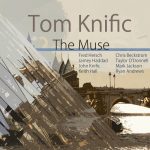 Knific’s own jazz roots can be traced back to his childhood, in which he grew up pining to take part in the jam sessions his father — a former professional bassist — hosted in the family living room. By the time he reached middle school, Thomas was not only participating in those jam sessions but also following in his older brother’s footsteps and playing professionally around Cleveland in nightclubs and bars.

Possessing a fake ID as a middle school student so he could check out local jazz legends with his various mentors, he was quickly surrounded by some of the top talent around. He studied for seven years with Lawrence Angell, principal bassist of the Cleveland Orchestra and soaked up knowledge on guitar from jazz legend Bill DeArango, who had recorded with such icons as Charlie Parker and Dizzy Gillespie.

AUDIO: “A Bridge for Mostar” by Tom Knific

The writing was clearly on the wall for the young musician. By the time he had finished his undergraduate work at the Cleveland Institute of Music he had already toured Brazil and been appointed principal bassist of the Cleveland Chamber Symphony. Nearing the completion of his graduate studies, he was not only teaching at Interlochen Arts Academy at the young age of 24, but also directing the esteemed academy’s jazz studies program that he himself had been tasked with implementing.

Four years later, he landed at Western and despite his numerous world travels and guest teaching spots, Kalamazoo has been home ever since.

“It’s a pleasure and an honor to be able to make a living in an art,” he said. “To be able to do this for my whole life I don’t take for granted at all. People talk about living the dream. Nothing comes easy and there are always struggles, but the people I have been able to work with are those who have inspired me throughout my life.”

Check out Knific’s complete bio here, with a link to more of his music. Read the Musical America article here.