Bars of Gold, Bong Mountain, The Reptilian and dozens more will rev up Shakespeare’s Pub for this annual rock fest that’s growing with ‘mesmerizing,’ diverse talent. See the full schedule. 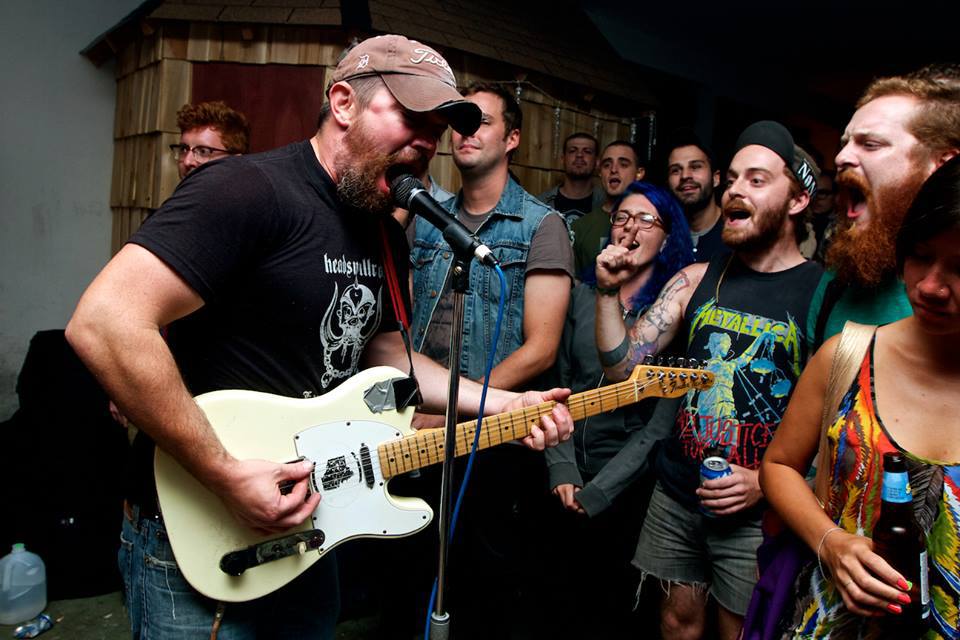 ‘Playing Their Hearts Out’: Bars of Gold is just one of dozens of bands playing Fat Guy Fest this weekend.

Kalamazoo’s Fat Guy Fest 2 is all about the music: 47 bands in four days on the lower level of Shakespeare’s Pub in downtown Kalamazoo. 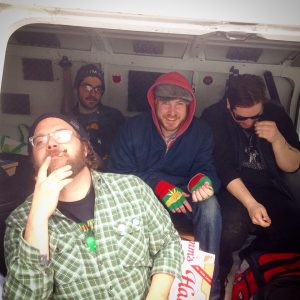 Fat Guy Fest 2 “is like packing two months of shows into four days,” said festival organizer Charley Lavelle. “These bands tour endlessly and don’t make any money. They come out to play their hearts out.”

Though there are dozens of bands on the bill, starting with hometown band Mold at 6 p.m. Thursday and wrapping up with another local band, Bike Tuff, at midnight Sunday, Lavelle called out a few bands that he considers some highlights of the weekend.

“We have Bars of Gold, featuring former members of Bear Vs Shark, The Reptilian and Bike Tuff, both from Kalamazoo, and Bong Mountain from Grand Rapids,” Lavelle said.

Sophie Smith, program director at Kalamazoo’s WIDR (89.1 FM) said a lot of the bands could quickly be labeled as punk, but that’s still a pretty broad description.

“Punk undersells it,” she said. “There’s so much diversity within punk.” 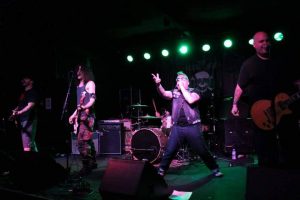 Some of Smith’s personal favorites are perfect examples: Mold is a blend of prog-rock and punk, the Hex Bombs are classic-style punk, and as contradictory as it sounds, Bike Tuff are “punk emo.”

Kalamazoo’s Jake Simmons & The Little Ghosts, playing at 8:40 p.m. Saturday, churns out “Americana but also punk.” Its latest album, No Better, is a consistent part of the WIDR playlist, Smith said.

How did Fat Guy Fest gets its name?

It stems from the nickname for a house in Kalamazoo where Lavelle and some friends came up with the idea and it lends itself to plenty of good visuals for marketing. Launched in 2014, it’s always been Lavelle’s goal to make it an annual event with something new to offer every year.

For 2015, the festival at the 350-capacity venue expands to four days. Lavelle said he hopes Fat Guy Fest can attract more national acts to Kalamazoo, and maybe even host a show outdoors.

‘A GOOD TIME NO MATTER WHAT’: CAPTIVATING REGIONAL ACTS AND MORE

While most of this year’s acts come from West Michigan, a handful of bands are from outside the state: Chicago, Pittsburgh, Tucson and Austin.

Both Lavelle and Smith cited DIT Kalamazoo for its significant support of the festival. Do It Together Kalamazoo is a collective of performers and music professionals find venues, host shows and work together to book acts at sites throughout the city. 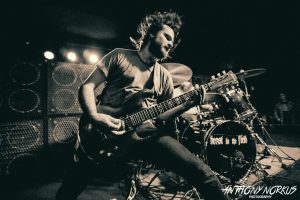 Heavy, Loud: Midland’s Beast in the Field turns up the amps after midnight Thursday. (Photo/Anthony Norkus)

Fat Guy Fest 2 also is sponsored by Kalamazoo’s two local record stores, Satellite Records and Green Light Music, WIDR, as well as Arcadia Ales, which is based in Battle Creek but has a production facility in Kalamazoo.

And by any calculation, Fat Guy Fest is an amazing bargain for concertgoers. “It’s a really good deal, about 55 cents per band, if you see everyone,” Lavelle said. (Tickets are $10 a day or $25 for a four-day pass. Shakespeare’s Pub is located at 241 E. Kalamazoo Ave. in Kalamazoo. Get details and tickets online here.)

It’s also proof, Smith said, that Kalamazoo has a strong music community, one that supports local bands and is vibrant enough to bring visitors in — both experienced groups and up-and-comers.

“Anybody But The Cops is mesmerizing; it may be my favorite band to see live,” Smith said. “There are new Kalamazoo bands (at the festival) like Dad Jeans and Shoto. People will have a good time no matter what.”

Learn more about the festival at fatguyfest.com. 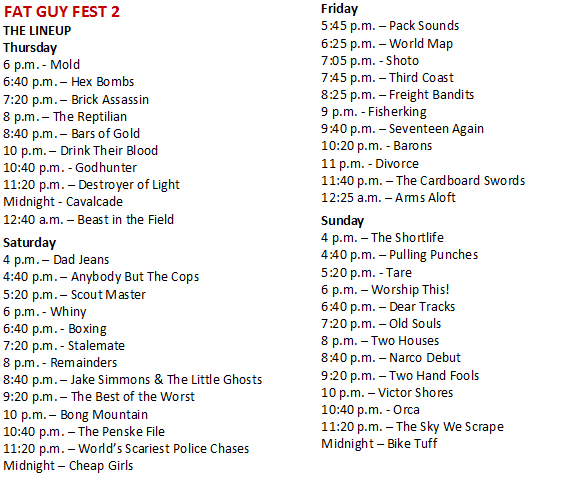 Save this schedule on your smartphone to take along.