After taking a hiatus in 2018, the popular and unusual festival featuring local and regional acts playing nearly two dozen venues is back. See the lineup, get details at Local Spins. 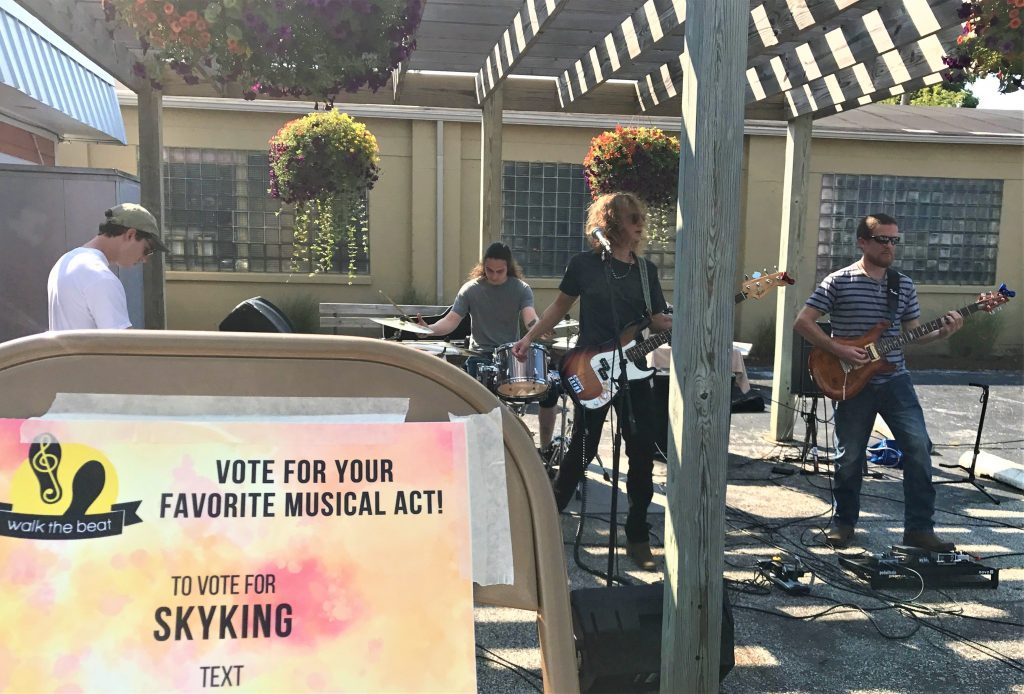 Returning to Walk the Beat: Skyking is among dozens of bands who will play Grand Haven on Aug. 10. (Photo/Local Spins)

With 46 regional bands set to play nearly two dozen venues in a single August afternoon, Grand Haven’s Walk the Beat festival is back for 2019.

After a one-year hiatus, the festival will return to the east side of Grand Haven on Aug. 10, with performers competing for a grand prize of 40 hours of studio time at Third Coast Recording Co. and fans voting by text for their favorite acts as they stroll between businesses hosting the bands. The second-place band wins $500.

Well-known West Michigan groups such as Hannah Rose & The GravesTones, Earth Radio, Boy From School, Luke Lenhart Band, Mannhattan, Project 90 and Skyking will join up-and-coming acts and dozens of other artists as part of the afternoon festival. See the lineup below. 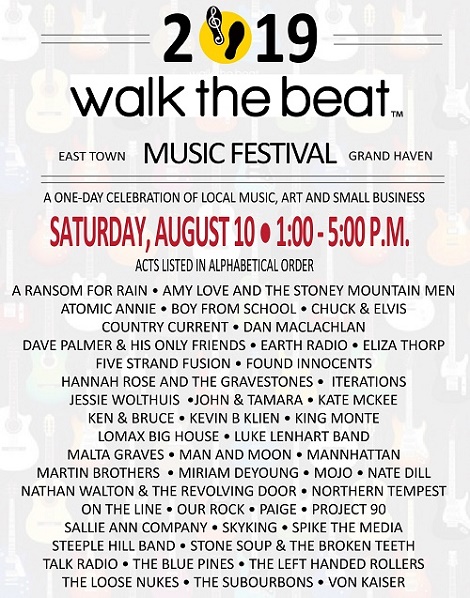 For Walk the Beat director Bob Moore, it will be his first festival at the helm of the Grand Haven nonprofit after taking over last year from his predecessor and Walk the Beat founder, Dave Palmer.

From 1-5 p.m. on Saturday, Aug. 10, venues along the Beechtree Corridor in Grand Haven’s East End will host bands and performers traveling from across West Michigan and beyond to compete in the festival’s “best band” competition.

There’s also a raffle with a $5,000 grand prize and door prizes for festival-goers. Raffle tickets cost $10.

The event and Walk the Beat organization raise funds for programs and outreach efforts across the region aimed at helping students who wish to learn to play an instrument and achieve their goals. Many might not otherwise have the means to do so.

Working with Loutit District Library in Grand Haven, Walk the Beat facilitates donations of gently used and refurbished instruments from the community and delivers them to students through the program “Repeat the Beat.” Walk the Beat also partners with Michigan Juvenile Detention Centers to provide musical opportunities to troubled kids and teens. 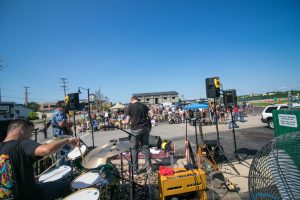 Described as “a one-day celebration of local music, art and small business,” Moore described Walk the Beat as a true, community-involving project, partly because many of the performances take place at Grand Haven businesses that don’t normally host live music.

“The Walk the Beat festival helps you meet a wide variety of people,” he said. “It gets so many other aspects involved, like the community members and local businesses.

“When does a heating and cooling place get the chance to support local music? Not to mention, with our office in Third Coast Recording Co. (with) the musicians and performers, the sound engineers, and managers that come through there, there is no end to the connections you can make.”

The festival offers incentives to concertgoers, with volunteers selling raffle tickets at each venue with a grand prize of $5,000, along with many door prizes. (Scroll down for a map of venues below.) 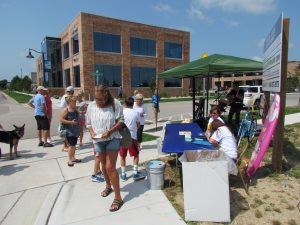 Walking the Musical Beat: The streets on Grand Haven’s east side. (Photo/Matt Marn)

Moore conceded there are many hurdles in organizing such an ambitious, multi-venue event.

“People don’t realize this about music,” said Moore, who is still seeking volunteers to help out. “They think it’s just a show. There is so much time and effort that goes into setting up and breaking down the venues and stages, with the sound checks and planning. Your two-hour gig is more like an eight-hour job.

“Walk the Beat is the same way. It’s not a four-hour gig: It is a year-round effort.”

For more information about Walk the Beat and to volunteer at the event, visit walkthebeat.org.

Grand Haven’s Walk the Beat has also spawned a sister event in another Michigan city.

Walk the Beat Albion will take place Aug. 24, with 30 acts performing — and competing for a $3,000 grand prize — at locations along Michigan Avenue and Superior Street.

Cliff Harris, an Albion professor and Walk the Beat Albion director, said this year’s event — the fourth — will be Albion’s biggest Walk the Beat yet. 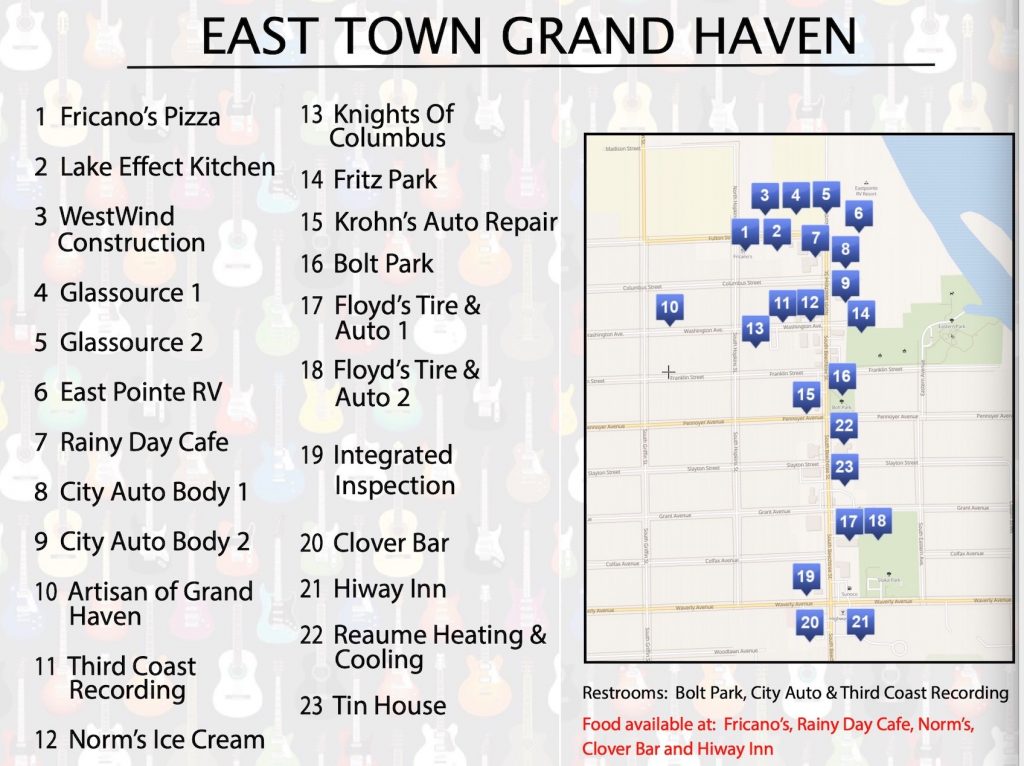