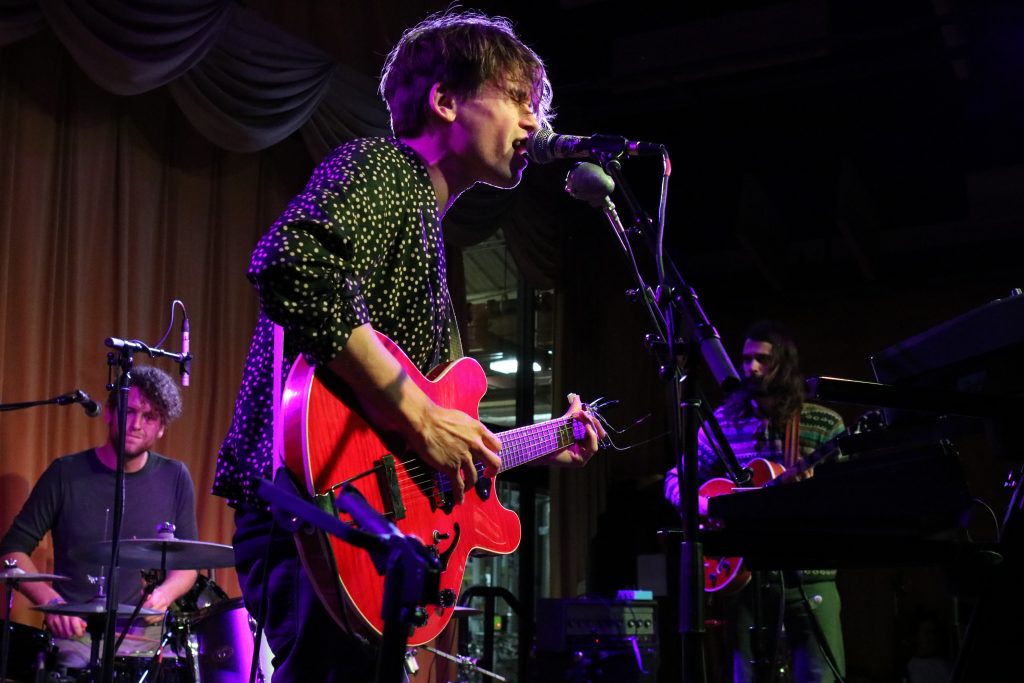 Performer and Host: Graham Parsons of The Go Rounds is organizing Farm Block Fest for the 12th year. (Photo/Anna Sink)

Farm Block Fest and Reunion is billed as an “intimate, multi-generational celebration of life and music” staged in one of “the most beautiful and pristine places in the world.”

The Go Rounds’ Graham Parsons should know, considering the Kalamazoo musician has organized the summer music festival on the farm where he grew up in the Keweenaw Peninsula in Michigan’s Upper Peninsula for the past 12 years.

And Farm Block 2019 may represent the most impressive lineup of regional acts ever showcased by the cozy, July 26-28 event in Allouez that raises money for The Dan Schmitt Gift of Music and Education Fund.

The 2019 Roster of Performers

“The festival is shaping up great,” Parsons told Local Spins. “This is our 12th year. Looks like the moon will be in a waning crescent phase so expect lots of stars.”

Parsons noted that OHMME, Cabildo, John Orpheus, Earth Radio, Timm and others will be playing the festival for the first time.

“The Keweenaw is one of the most beautiful and pristine places in the world and the fest site is only a mile or so from Lake Superior as the crow flies,” he said. “The food is top notch, Short’s Brewing Co will be there providing some libations, lots of informative workshops and fun recreational activities for people of all ages.”

Tickets are $80 for the weekend (with an extra $15 for RVs and camper-trailers). Day passes are $25 Friday, $40 Saturday, $25 Sunday, available online at farmblockfest.com. Admission is half-price for children ages 12-17 and free for those 11 and younger.

The Go Rounds, by the way, just released a new album, “Whatever You May Be,” and perform April 19 at The Livery in Benton Harbor, April 21 at Salt of the Earth in Fennville, and April 26 at Bell’s Brewery Eccentric Cafe in Kalamazoo. – John Sinkevics

BBQ, BLUES & BLUEGRASS TO FIRE UP MAY 18 WITH JD MCPHERSON, NORA JANE STRUTHERS

St. Joseph Today’s annual BBQ, Blues & Bluegrass Festival has become known for bringing in some big names to Whirlpool Centennial Park each May.

This year is no different.

Headlining Year 7 of the annual fest is retro-rocker JD McPherson, who will close things down with a sound that’s a little bit rockabilly, a whole lot of rhythm and blues, and yet also draws on influences ranging from the Pixies to Led Zeppelin. 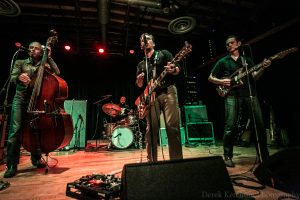 Joining McPherson on the May 18 bill will be bluegrass acts Che Apalache and The Special Consensus, along with a pair of soulful songstresses in Nora Jane Struthers and Tameca Jones.

No one on this year’s bill probably treads the line between blues and bluegrass quite like Struthers. The Nashville-based frontwoman and her band, The Party Line, serve up a blend of country and soul sure to reach all in attendance, while Jones may be the hardest rockin’ blues artist featured on the 2019 lineup.

The Latin-infused Che Apalache, which has members heralding from Argentina, Mexico and the US, began to make waves with its 2017 debut “Latin Grass” and will be releasing its sophomore effort, to be produced by Bela Fleck, later in 2019. The Special Consensus, meanwhile, is touring on the recent success of its 19th recording, “River and Roads,” a 2019 Grammy nominee for Bluegrass Album of the Year.

Visit stjoetoday.com online for more information on this year’s event and to purchase tickets.

The St. Joseph festival, which has a capacity of 5,000, has a history of selling out. Pre-sale tickets, priced at $20, are on sale now and can also be purchased by phone at 269-927-1221 or in person at the Mendel Center in Benton Harbor or at the Welcome Center, 301 State St. in St. Joe. Kids 8 and younger are admitted free. – Ryan Boldrey