For this week’s playlist, Local Spins asked Park Theatre to rustle up a roster of robust tracks that spotlight artists who’ve graced its stage along with other gems. 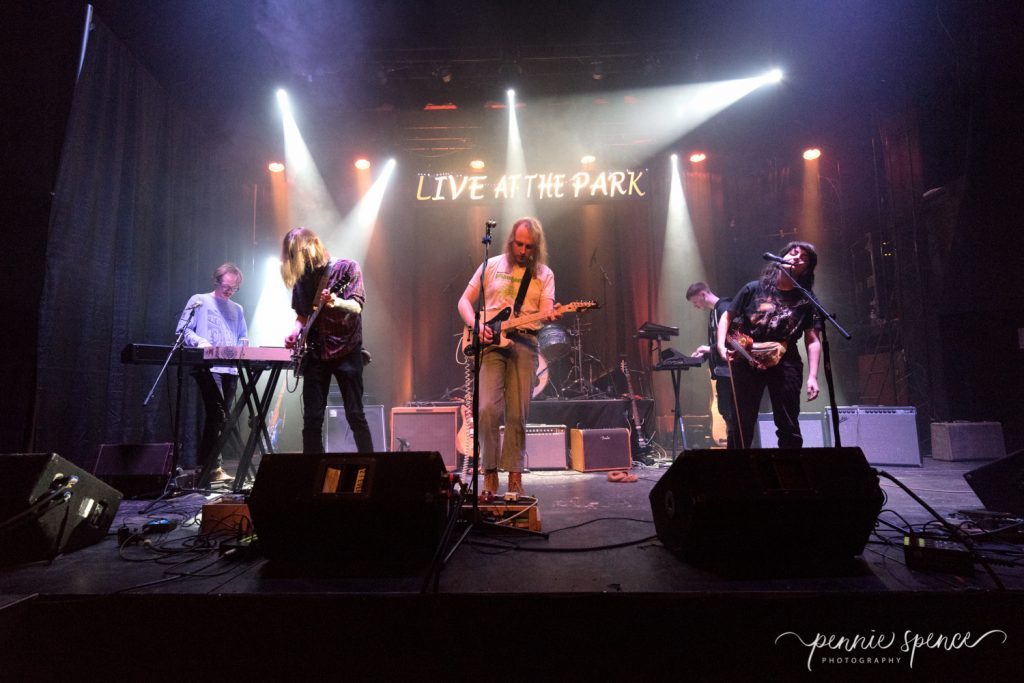 Holland’s Park Theatre — one of the 91 Michigan members of the National Independent Venue Association — has kept its doors closed during the 2020 pandemic.

On Halloween weekend, it even canceled its first scheduled show in seven months due to a recent spike in West Michigan COVID cases. But general manager Brandon Blank insists the theater will reopen when it’s safe to do so.

“We have been holding down this time with projects. Lots and lots of small projects that we think folks coming back, when it is safe, will notice right away,” he told Local Spins.

“COVID-19 has affected hundreds of businesses in our area differently. For us, we have had to place our entire team on standby until the virus stabilizes and we can return to being together. This has been a tough time, but we know when the time is right and we open our doors, we most certainly will be ready.”

Until then, enjoy this mix of music from regional and national stars as part of Local Spins’ Tuesday Playlist. Scroll down to listen to the entire playlist on Spotify.

1. Billy Strings, “All the Luck in the World” – We met Billy at the Park Theatre in the spring of 2016 with Don Julin. This guy is the real deal; his music hasn’t left our playlists since then. His latest release shows a genuine and pure side to his songwriting. We come to expect the supersonic pickings from this master, so it is rather favorable to catch that softer side.

2. Bob Dylan, “Blind Willie McTell” – There’s not much bad you can say about Dylan. But to receive a remastered album in the midst of a pandemic from one of the greatest storytellers to ever record, that is something truly special.

3. Flaming Lips, “Assassins of Youth” – This is a fun album to listen to from start to finish. But this particular song showed up three weeks ago as a “100 people in 100 bubbles” live event. It really makes you think: Could this pandemic change live music forever?

4. Sturgill Simpson, “I Don’t Mind” – Sturgill is, well, Sturgill even as this song is dressed up as a love song. This song hasn’t dropped from the playlist since the day his new bluegrass album came out. I think everyone can find a bit of solitude in his voice. The mandolin in this tune definitely has a way of making the song come to life.

5. Biomassive, ”Lunar Impressionist>Deep Forest” – Two words: bass line. And the ever amazing Randall Erno. These guys from northern Michigan have taken the elements of jam band and turned it into something truly exciting. Whether you’re driving the highway or cleaning the house, these guys will put a little groove in your step.

6. Full Cord Bluegrass, ”Downtown” – The pickin’ boys from Full Cord came in strong with their 2020 single, “Downtown.” This song takes you on a journey through your average town. A glimpse back at the days where you just roam around town to find something to do, something quietly taken for granted before this virus.

7. Crooked Spires, ”Can’t Stand it” – Our local boys from Holland dosed us up a debut album this year that we can’t put down. There’s just something about the way Christian plays those strings that draws you in. Something about this song has the feel of a smoky biker bar in the early ’90s.

8. Jesse Ray & The Carolina Catfish, “Chicago (Original)” – We absolutely love Jesse Ray. Admittedly, the industry could use a bit more rockabilly. This is a wonderfully written love song that takes a sweeter note to the band’s in-your-face style. The entire album, “Love & Luck,” is everything we would like to have from the band, but this song just hit a bit differently.

9. Mark Harrell & The Hundred Star Hotel, ”Yellow Ridge” and “Waste of Time” – We have been patiently waiting for the release of content from this Holland super-group. With COVID-19, we were lucky enough to get a bit of a sneak peek at a couple of songs to be released on their upcoming debut album. Dogtown Studios got the boys in their studio, and it’s most definitely a go-to at the workstation.

10. Further Closer, ”Time Fly” – Our friends at Further Closer, led by Jake Kalmink, released an album in early March just as everything began shutting down. We were able to get them in and change things up a bit to offer their album-release party as a live-streamed event. This song gets me right in the feels. Everyone has struggled at one time or another with the realization time is not on anyone’s side. This song explores that a bit, but also reinstates our own personal commitments to the art we create.