One of Grand Rapids’ most popular blues outfits plays a Local Spins show at SpeakEZ Lounge on Thursday night. Listen to the Local Spins Live radio podcast and watch the video. 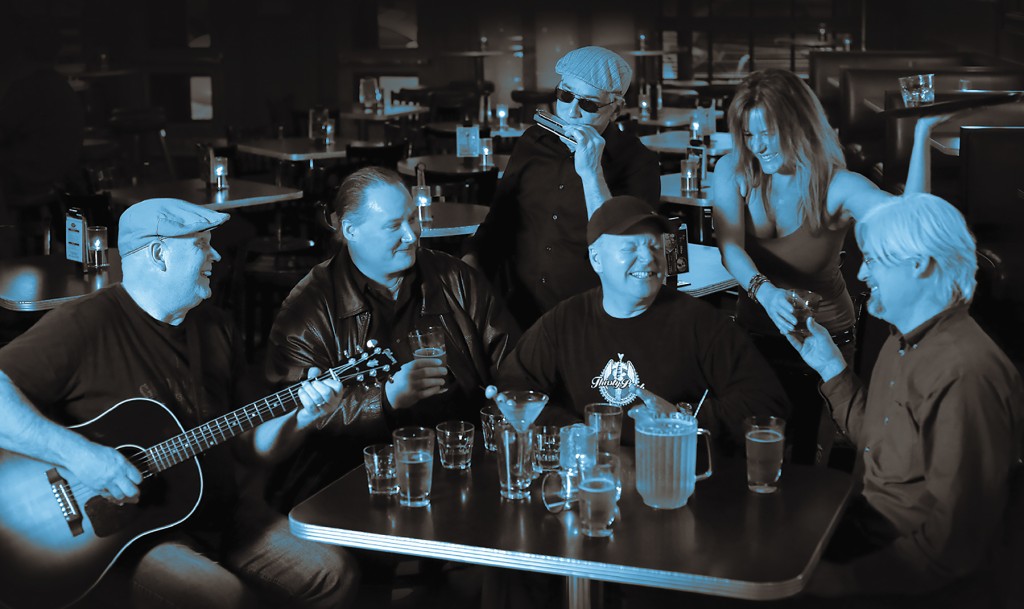 THE BAND: Thirsty Perch Blues Band
THE MUSIC: Rockin’ blues
WHERE YOU CAN SEE THE BAND: 8 p.m. Thursday at SpeakEZ Lounge in Grand Rapids; 1 p.m. Saturday at the Winter Beer Festival at Fifth Third Ballpark in Comstock Park

Leave it to the Thirsty Perch Blues Band to make the best of a snowy situation.

The band set to make its SpeakEZ Lounge debut for the Local Spins Wednesday series wasn’t about to let the biggest snowstorm of the winter thwart its appointed rounds — just delay it by 24 hours.

So, when treacherous travel forced organizers and SpeakEZ to postpone Wednesday night’s scheduled show, the gregarious band jumped in almost immediately and agreed to perform Thursday night instead for its “school of fish,” aka devoted fans.

Earlier on Wednesday, before the snow swept into Grand Rapids, members of the band — Chris Collins, George Ferguson, Chuck Luscombe, Chris Carr and Andrew Ogrodzinski (plus special guest, keyboard player Paul Lesinski) — made a stop at News Talk 1340 AM (WJRW) for Local Spins Live to talk about their music and perform the song “Conversation” on the air. Check out the video here.

The original tune is one of many that the band has churned out since forming back in 2008, and it’s something that continues as it works on material for its next album.

“We always seem to come home to roost (when it comes to) writing new material,” said Collins, who appreciates the band’s role in creating West Michigan’s vibrant blues community. “I think the blues scene here, it’s getting stronger every day.”

Listen to the full radio podcast below, then head to SpeakEZ Lounge tonight to catch the band live.