The double-album with 30-plus tracks by Mitten artists raises funds for the Bowles family. It gets released Monday at GR’s Listening Room when members of The Accidentals play a new Local Spins concert series. 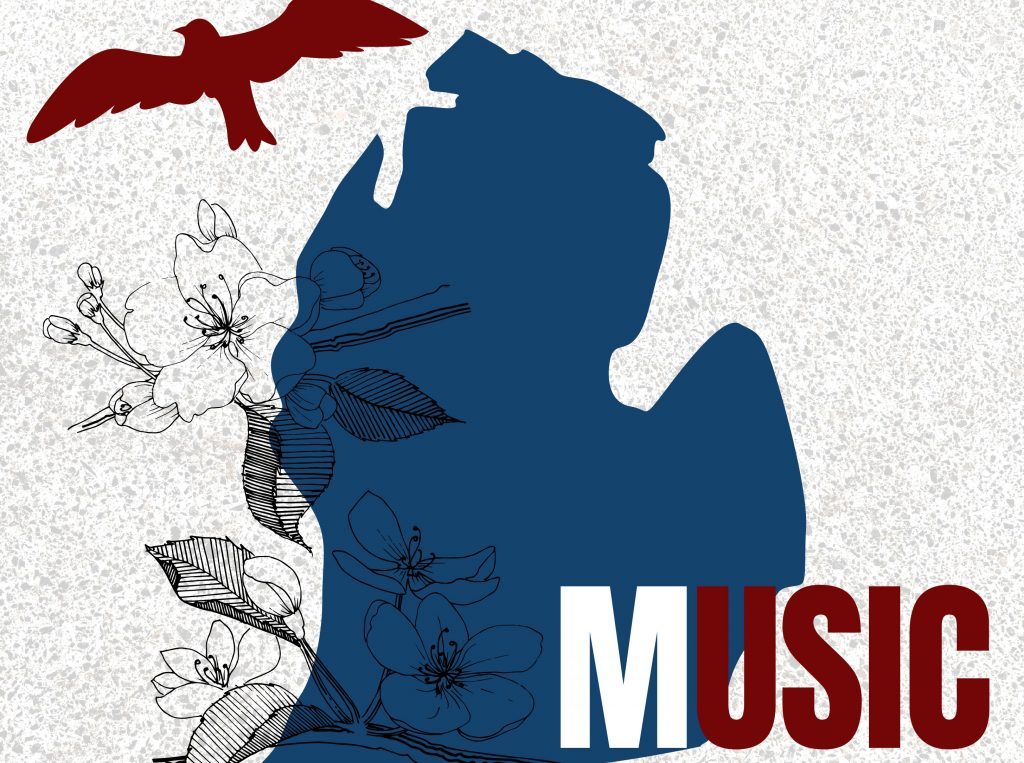 ‘Use it For Good’: 33 Michigan artists donated tracks to the double-album.

SCROLL DOWN FOR VIDEOS OF SOME ‘MICHIGAN MUSIC’ SONGS

When The Accidentals contacted some Michigan artists about contributing songs to an album that would raise funds to support iconic Grand Rapids singer-songwriter Ralston Bowles, whose wife, Cindy, is battling cancer, the response was almost immediate.

The artists appearing on the album.

“Some of the bands we asked to participate asked other bands that they were friends with and we ended up with a double-album. There are artists from Kalamazoo, Detroit, Grand Rapids, Traverse City, all the way up to Iron Mountain on this compilation album. It is a testament to the music scene in Michigan and to the impact Ralston has had on so many in our community.”

The final “Michigan Music” compilation features 33 songs on two CDs, including a classic from Bowles himself: “One More Holiday,” which first appeared on 2004’s highly acclaimed “Carwreck Conversations.”

“When we asked Joe Hertler for a song, he said, “Take whatever song you want. Use it for good. That’s what it’s for, right?” That pretty much sums up the entire Michigan music scene,” Buist said.

ALBUM AVAILABLE AT LISTENING ROOM DURING TIME OUT SHOW MONDAY

Physical copies of the double-CD — priced at $25 — officially will be available for the first time on Monday, when Buist, bandmate Katie Larson and singer-songwriters Stephie James and Megan Slankard play the first “Michigan Mondays” concert — a “Time Out” songwriters show — hosted by Local Spins at Listening Room in downtown Grand Rapids. Get tickets, $20 ($50 VIP), online here. 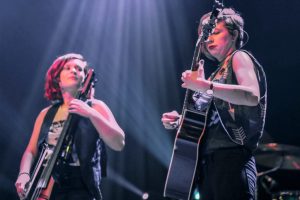 (Local Spins is showcasing Michigan artists from outside the Grand Rapids area once a month at the intimate new listening room, with artist interviews taking place midway through the shows.)

All proceeds from CD sales will go “in perpetuity” to support the Bowles family with medical bills and living expenses. For those that can’t attend the show, the double-album and individual tracks also are available online here via cdbaby.com.

Like many artists, The Accidentals have been impacted by the work of Bowles, a fixture in the folk and Americana scenes who’s long promoted and nurtured touring bands and singer-songwriters.

“When we first started as a band, Ralston would come out and support us by walking around the crowd with a handful of our CDs and selling them to people,” Buist said of Bowles’ longheld practice at Grand Rapids-area concerts. 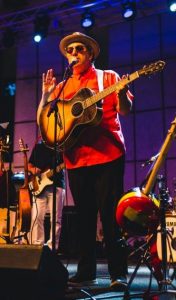 “He (Bowles) is an incredible artist in his own right and we are lucky to have had the opportunity to get to know him,” she said. “Hopefully, when the support shows up monthly, he will be reminded how much we all care about him.”

Bowles is a survivor of colon cancer himself, and his wife, Cindy, is currently under hospice care at home.

In addition to promoting the new CD, Monday’s Listening Room concert is also part of a “Time Out” series that Buist and Larson have performed in recent years with other songwriters, something Larson describes as “a big living room concert.”

‘MAGICAL’ SHOWS, THE TITLE SONG FOR A NEW MOVIE AND A HECTIC 2020

Buist said the shows have allowed them to grow as writers and storytellers, and gain confidence “from the connections we have made with the audience and other writers.”

“By November and December, everyone’s looking for a chance to relax, reflect and get inspired,” Larson said. “We all get to hang out with some of our favorite singer-songwriters and share with the audience and each other about what inspires the art. Some of those things are deeply personal and some are just hilarious. 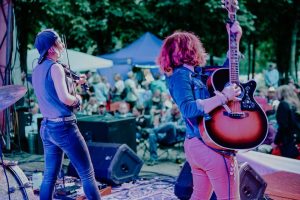 Hectic Winter and 2020 Ahead: The Accidentals plan to release singles and a new album next year. (Photo/Elle Lively)

“It’s the banter and the connection that makes it magical. It is a chance for us to turn off the bright lights and the hectic schedule, and strip the music down to its beginning, just a guitar and a song. To remember why it was created and to share that with a room full of family.”

That also reflects the mission of Local Spins’ Michigan Mondays series, aimed at giving fans exposure to Michigan artists from outside the Grand Rapids area in an intimate setting.

That “hectic schedule” for The Accidentals – who play more than 200 concerts a year – continues in coming months, with the release on Nov. 29 of the single, “Marrow,” which is the title song for a new feature movie, “Almost Home.” (Watch the video below.) The song also appears on the “Michigan Music” compilation album.

On Christmas Day, the band releases a cover version of The Beatles’ “Across the Universe” with Lily & Madeleine, following that with an appearance in January at the Folk Alliance International conference in New Orleans.

In March, they mount a West Coast tour and return to South by Southwest in Austin as they prepare to release their new studio album in September after a series of single releases. Tours of the United States and United Kingdom will follow.