Touring behind its sophomore album, the U.K. band is set to rock Grand Rapids Saturday with glam, bombast and big riffs. The Local Spins interview with frontman Luke Spiller. 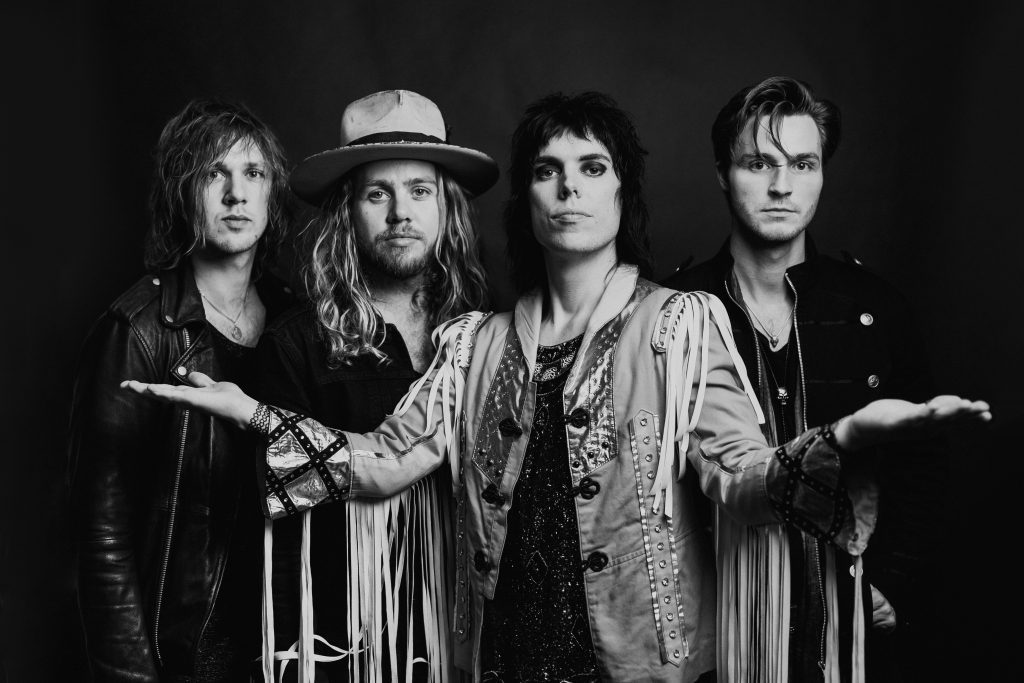 The Struts play 20 Monroe Live in Grand Rapids at 7:30 p.m. Saturday, with The Glorious Sons and JJ Wilde. Tickets are $28 and available online here. Doors for the all-ages show open at 7 p.m.

In the world of The Struts, the highs just keep coming.

And even when they’re not headlining, they’re the favored support band for The Foo Fighters’ Dave Grohl.

So with all that success under their belts, how big, exactly, are The Struts planning to get?

“Biggest band in the world,” frontman Luke Spiller proclaimed to Local Spins in a Thursday phone interview from somewhere in Ohio, his smile quite obvious even if unseen. “Watch it happen.” 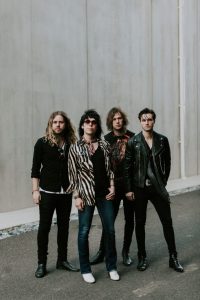 Millions already have with The Struts’ latest album, “Young And Dangerous,” landing in the Top 20 of Billboard’s Top Rock and Alternative Albums chart and the English rock band mounting multiple, attention-getting tours along the way, not to mention opening for the likes of The Rolling Stones, The Who and Motley Crue.

Getting to this point hasn’t come easy, however. Spiller conceded it was a little scary moving ahead with the sophomore album, “Young And Dangerous,” after all the difficulties and acclaim that came with the band’s 2014 debut album, “Everybody Wants.”

“I guess it’s my first second album, so it was definitely a challenge, but it was good pressure,” Spiller said. “We needed to show everyone that we can produce the goods once again, and I really feel like we did that in a lot of ways. But also not repeating the same formulas as well, which is quite important to me.”

While the change in sound — in particular, incorporating pop elements — has been much talked about in the press, Spiller insisted it simply shook out naturally in the band’s writing and recording process.

“I’m super proud, me and the guys are all really proud of it,” he said.

“We never really had an idea that we were gonna do this or that. It was just like when things had been made, we were tracking them, we were sort of working with a lot of different producers because of our schedule, really. So doing something here and then doing something there led to us experimenting a lot when we didn’t think that we were going to do so. But it turned out to be quite exciting.”

NO TIME TO REST BUT ‘DEFINITELY WORTH IT’

Nevertheless, “Young And Dangerous” was a nightmare to record, recorded amid the hectic touring schedule for the band which features Spiller, Adam Slack, Jed Elliott and Gethin Davies.

“It was an absolute mindf— and something that I’m not in any hurry to repeat,” Spiller said.

“It was really tough, we would go out on tour, and then we would have around five or six days off which would essentially be just in the studio, writing songs in the studio, and then tracking them as fast as we could. So basically, that was the process for a year or so, so we didn’t have any time to breathe or to really rest, but it was definitely worth it in the end.” 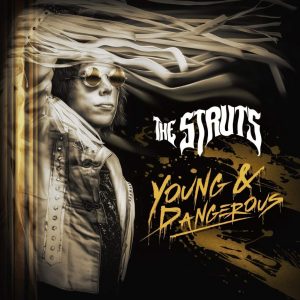 The Struts, “Young and Dangerous”

Now just over halfway through a country-crossing, 24-date tour, The Struts are set to rock Grand Rapids’ 20 Monroe Live on Saturday, along with support acts The Glorious Sons and Kitchener Ontario’s JJ Wilde.

And with glam and bombast serving as The Struts’ live bread and butter — bolstered by hits such as “Body Talks” and “In Love With A Camera,” plus a new cover of “Dancing in the Street” — fans can expect big riffs, bigger flared jeans, belted sing-alongs and over-the-top rock-star flair. (Watch videos below.)

The inclusion of singer JJ Wilde, a songwriter touring in support of her debut EP, “Wilde Eyes, Steady Hands,” was important to Spiller.

“We just wanted to get some good female artists on the tour. I just think it’s time that the world has some new great female acts coming up. So we decided let’s just do it, let’s just get some good strong women out on there, give ‘em a stage and give ‘em a good audience and let’s see what they do.”

Of course, one could argue The Struts are wise to continue to embrace feminine energy after the smash hit single of the new album “Body Talks” was helped along by a collaboration with Kesha, another artist who Spiller greatly admires.

“I think it’s something that’s really unique and that particular collaboration was really kind of special.,” he said. “She’s a real force of nature; we’re kinda like glitter-sisters, you know? It’s quite strange how much we have in common.”

Spiller said he’d embrace more musical collaborations in the future, with one artist in particular at the top of the list.

VIDEO: The Struts, “Dancing in the Street” (Live on ‘Good Morning America’)