The rambunctious blues and rockabilly duo brings its fiery music to River City for a blistering in-studio session and interview. Story, podcast, video and photo gallery. 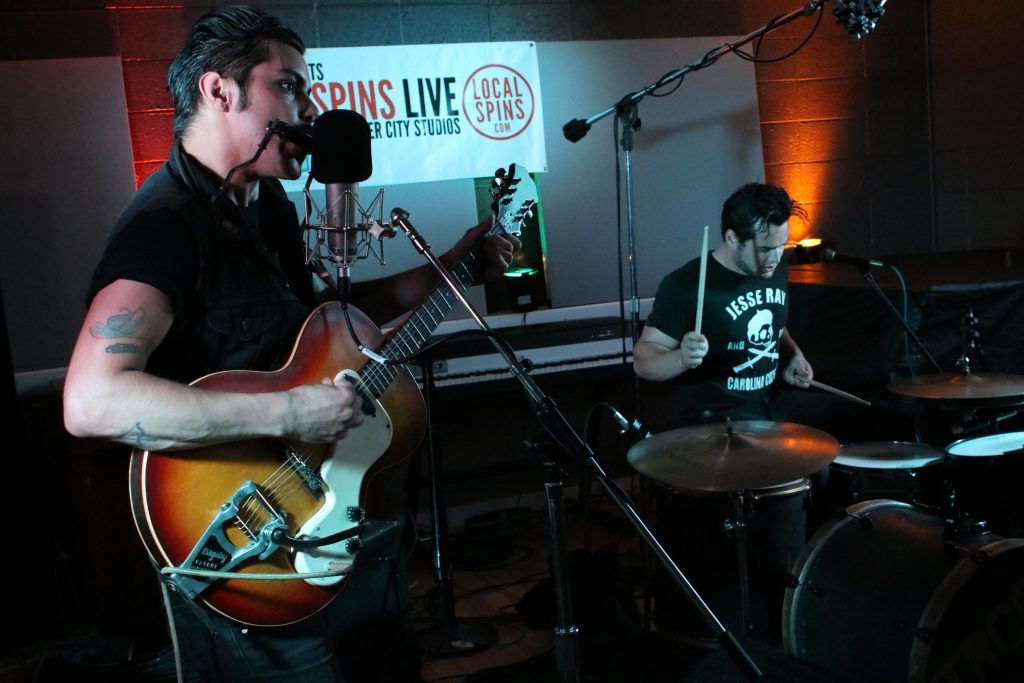 Jesse Ray & The Carolina Catfish ooze ferocity — a tenacious musical attitude that combines the stage-trashing legacy of The Who with the slicked-back rockabilly of a young Elvis Presley. 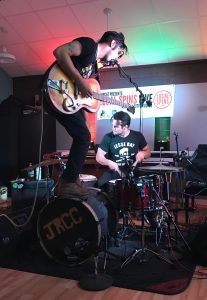 So, what’s inspired this two-man freight train of raw, audience-grabbing rock and blues, with frontman Jesse Ray Cahue diving off stages and kick drums while Brandon “Dingo” Hopp flails away with his sticks?

“I was never allowed to jump on the bed when I was a kid. I guess it’s just a way of getting back at my mom,” jokes Jesse Ray, who concedes that he’s often caught up in the moment while performing. “I was always inspired by The Who. I just love that rowdy energy.”

So do audiences across the region who’ve embraced the loud, head-turning rambunctiousness of this Grand Rapids duo, most recently exhibited on its latest studio album, “Angry.”

They brought that “rowdy energy” to the intimate confines of Studio A for a recent session of HopCat presents Local Spins Live at River City Studios, playing in front of a small studio audience and talking about their journey as musicians. Watch a video of the interview and robust in-studio performance here, with the full podcast and photos below.

Jesse Ray, who concedes he was a bit of an outcast as a teen growing up in Cedar Springs, claims he’s “been singing since I came out of the womb,” spending long hours busking on street corners for a time in Portland, Ore., and playing open-mic nights in Grand Rapids.

He formed Jesse Ray & The Carolina Catfish with drummer Josh Worsham in 2013, and after lineup changes (including the addition of a bassist for a short period of time), the singer, guitarist and harmonica player found instant chemistry with Hopp, who actually dropped out of college to join the band. 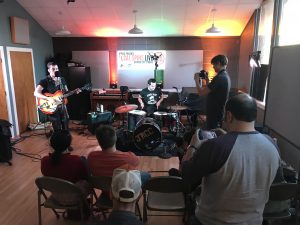 The Setting: The band revved it up for a cozy crowd during the River City session. (Photo/Anna Sink)

“I started off as just a fan,” says Hopp, who grew up in the Upper Peninsula and previously played in a cover band and sludge doom metal outfit. “Rockabilly (with Jesse Ray) was the only one where it was play faster, play louder, so it kind of worked out.”

For Jesse Ray, the duo’s approach has progressed over the years from “a cutesy, rockabilly ripoff kind of sound to more of a sound influenced by Delta blues with a swing beat.”

The band, now pursuing music full-time, is working on new material and performing across the region. The duo opened for rockabilly star Bryan Setzer at Frederik Meijer Gardens & Sculpture Park earlier this summer and will open for roots music rocker JD McPherson on Friday night (Sept. 8) at Bell’s Brewery Eccentric Cafe in Kalamazoo.

“We’re just focusing on working hard, making sure that we put on the best performance possible every single time,” says Jesse Ray, “and trying our best to connect with any sort of fan base that we may have currently or any fan base that’s looking for the style of music that we play.” 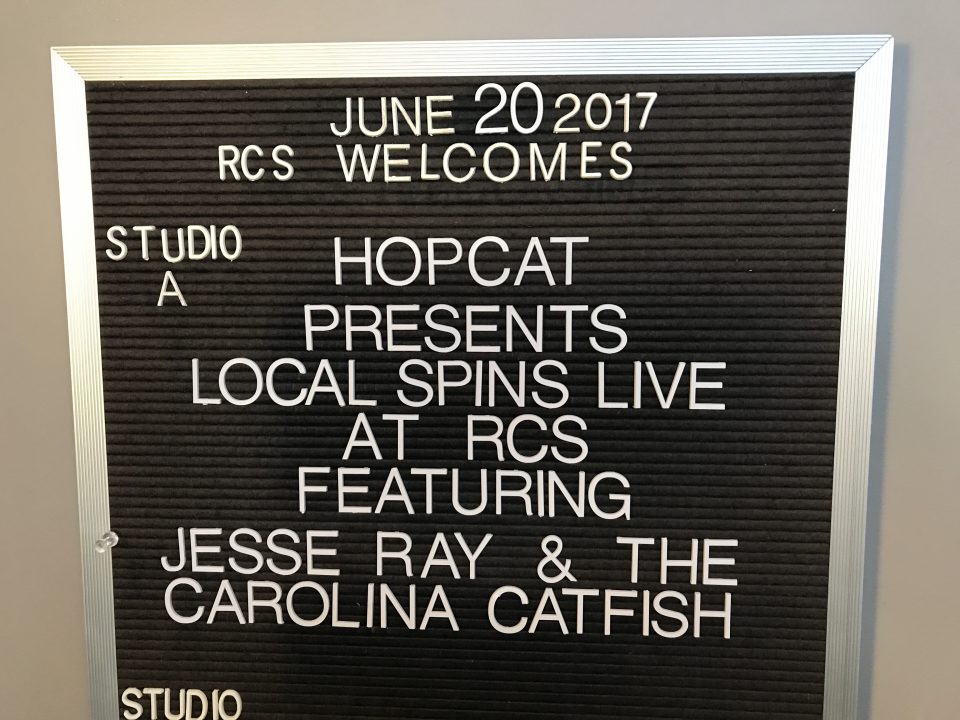 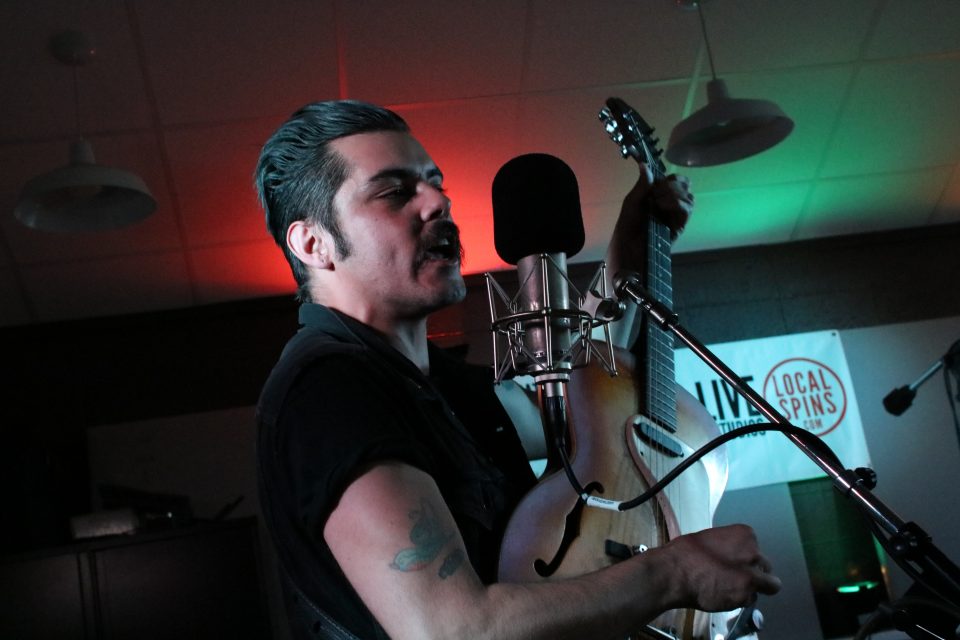 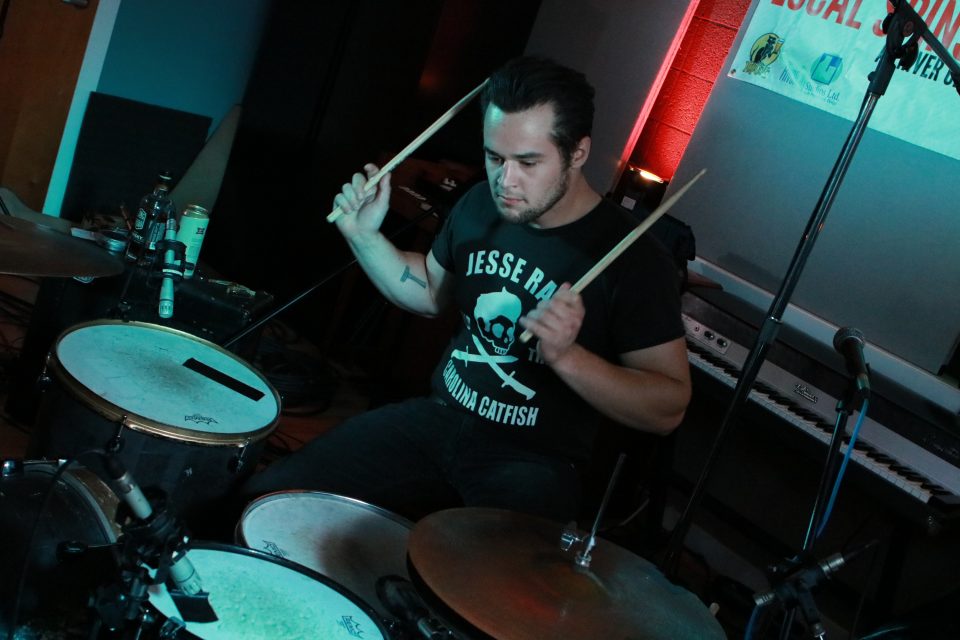 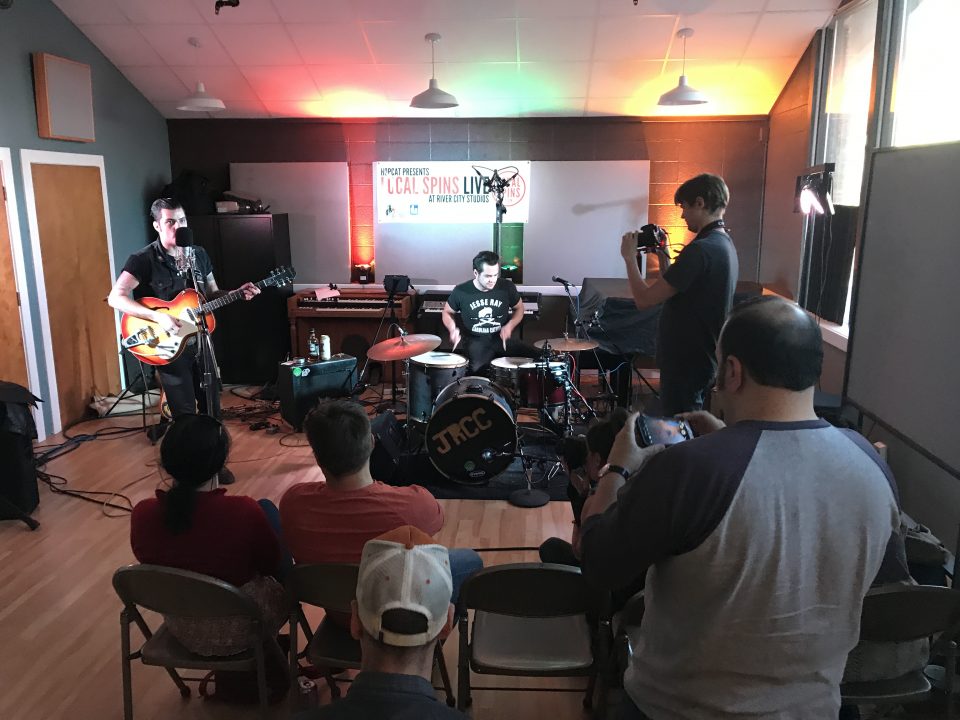 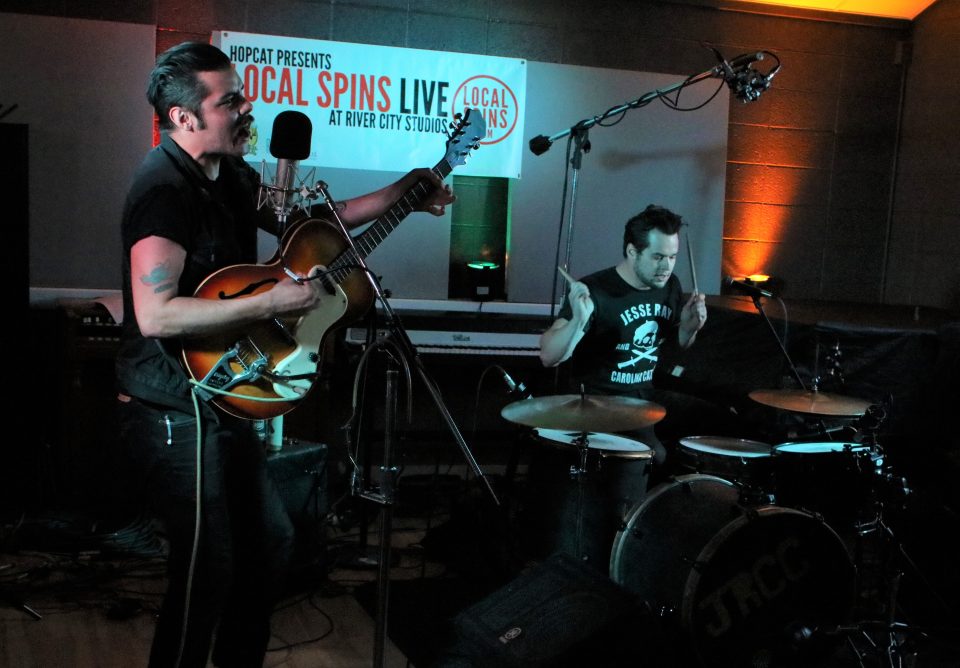 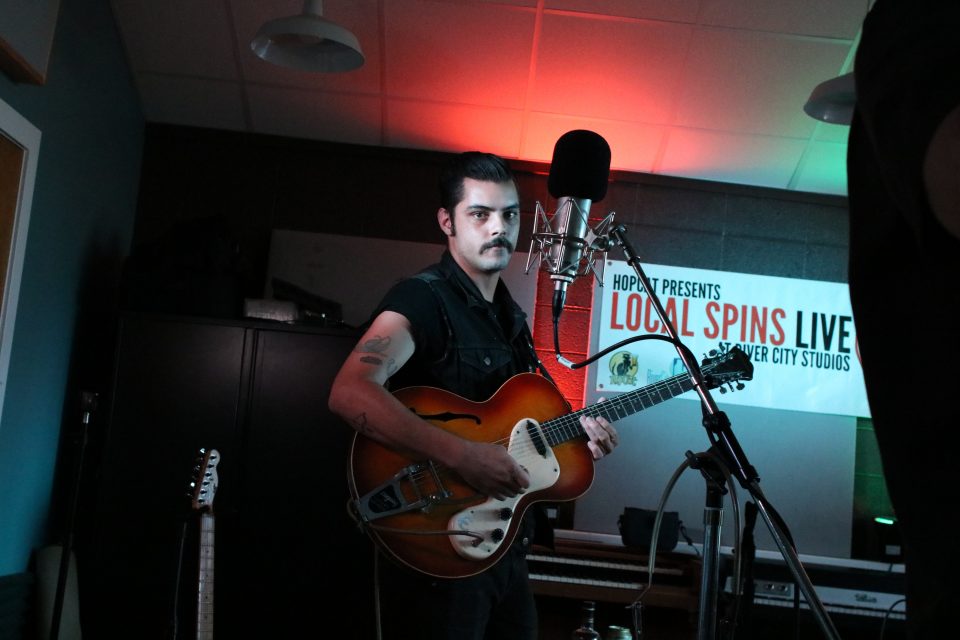 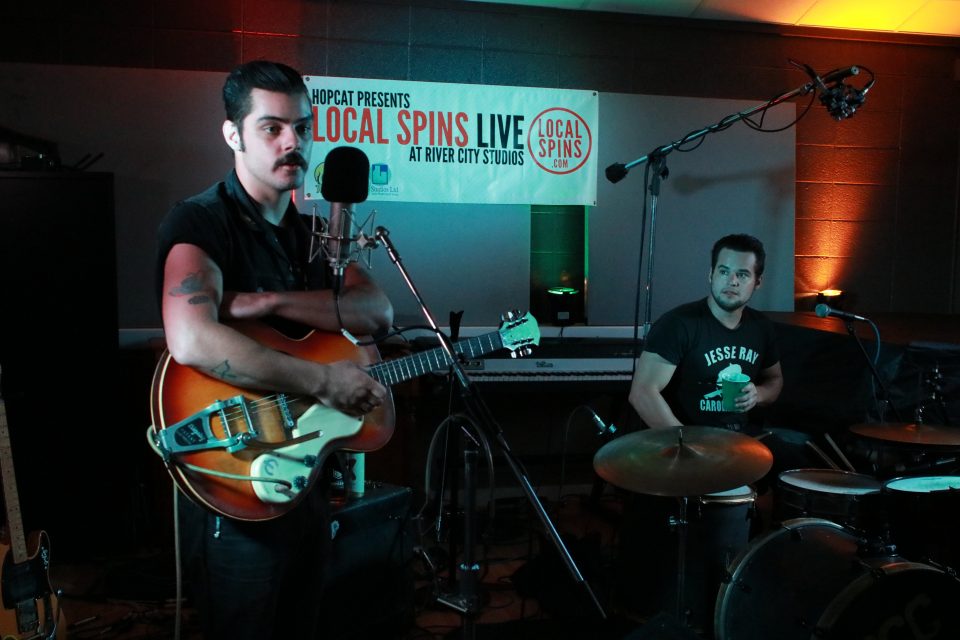 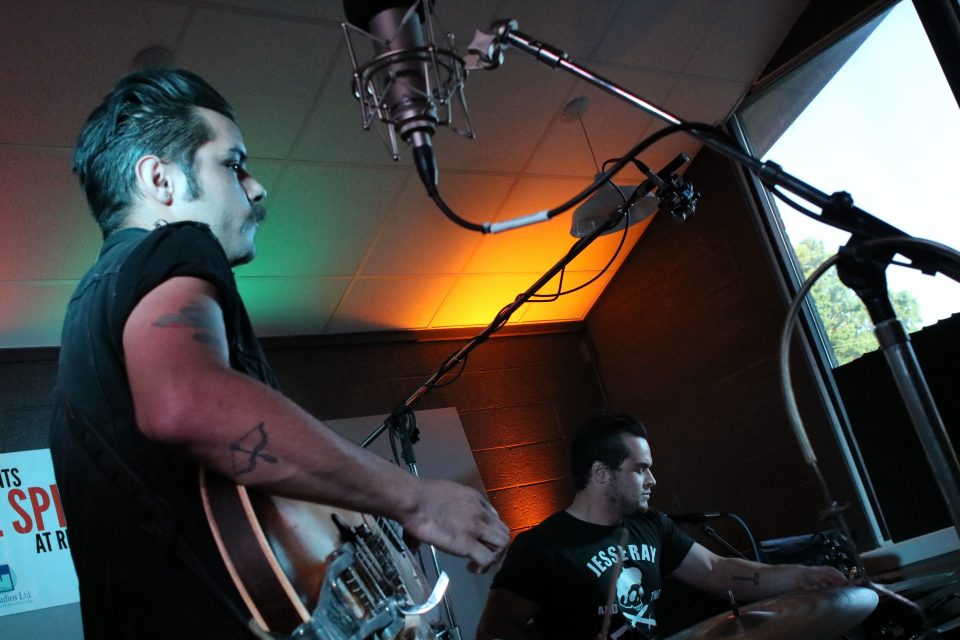 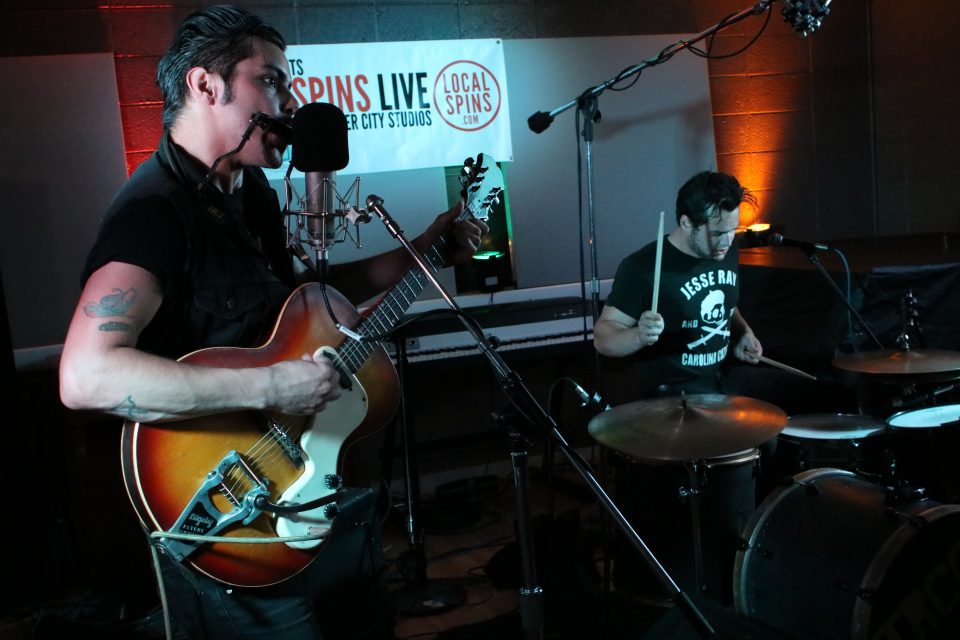 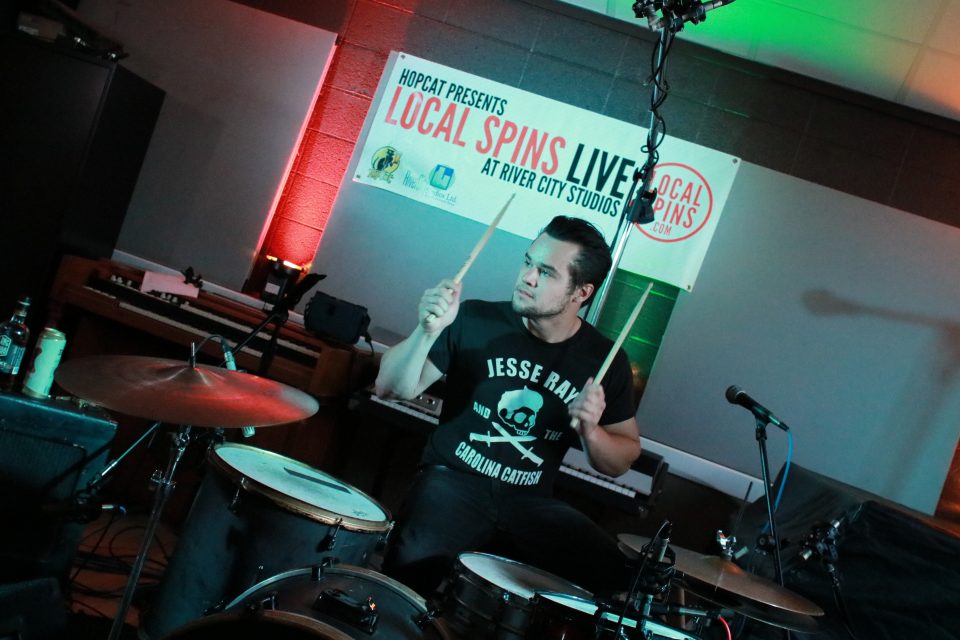 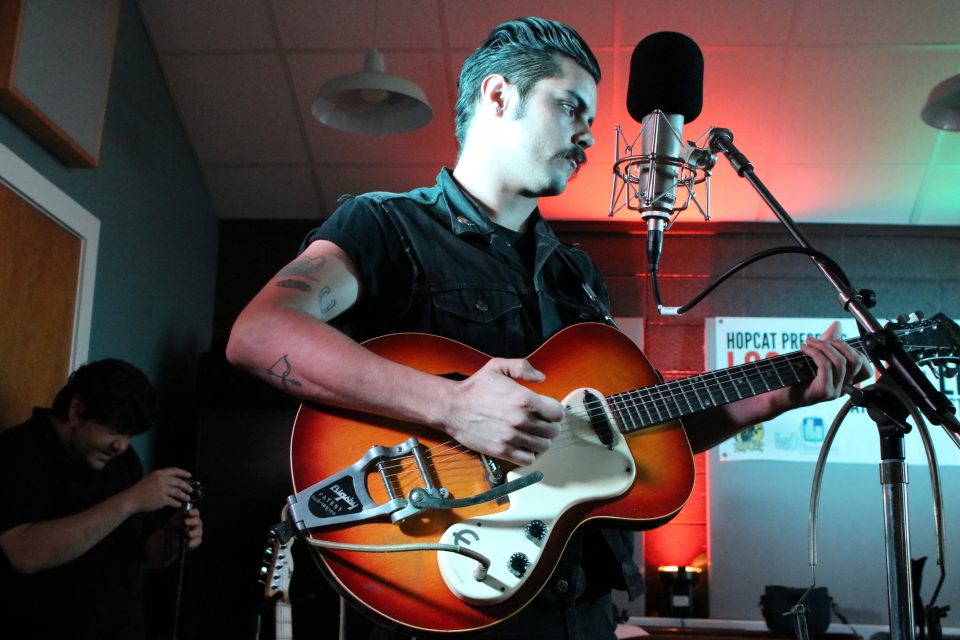 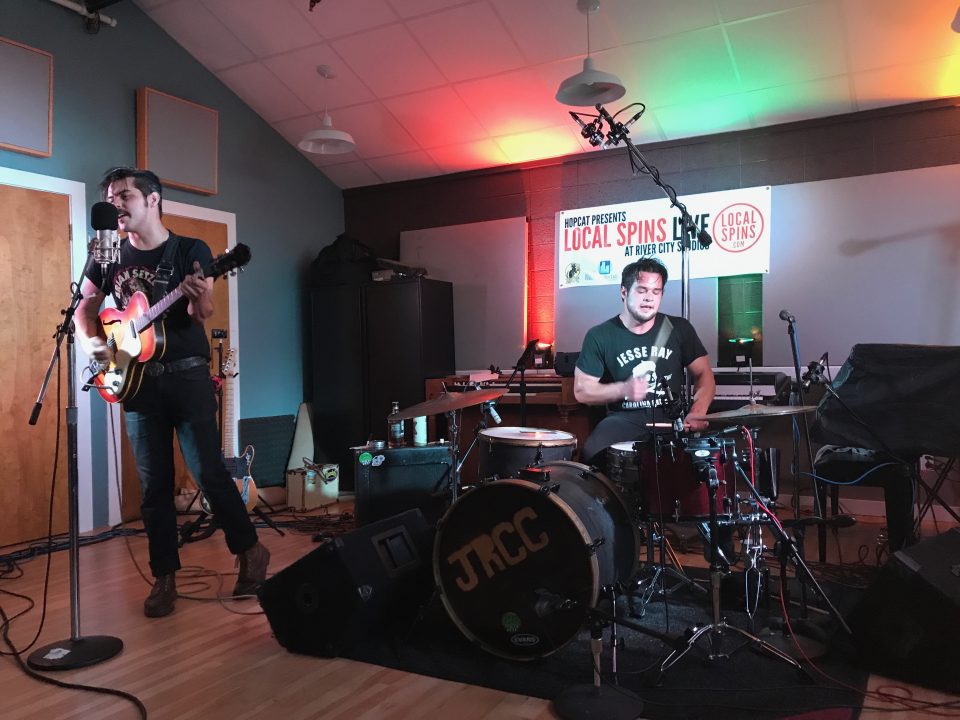 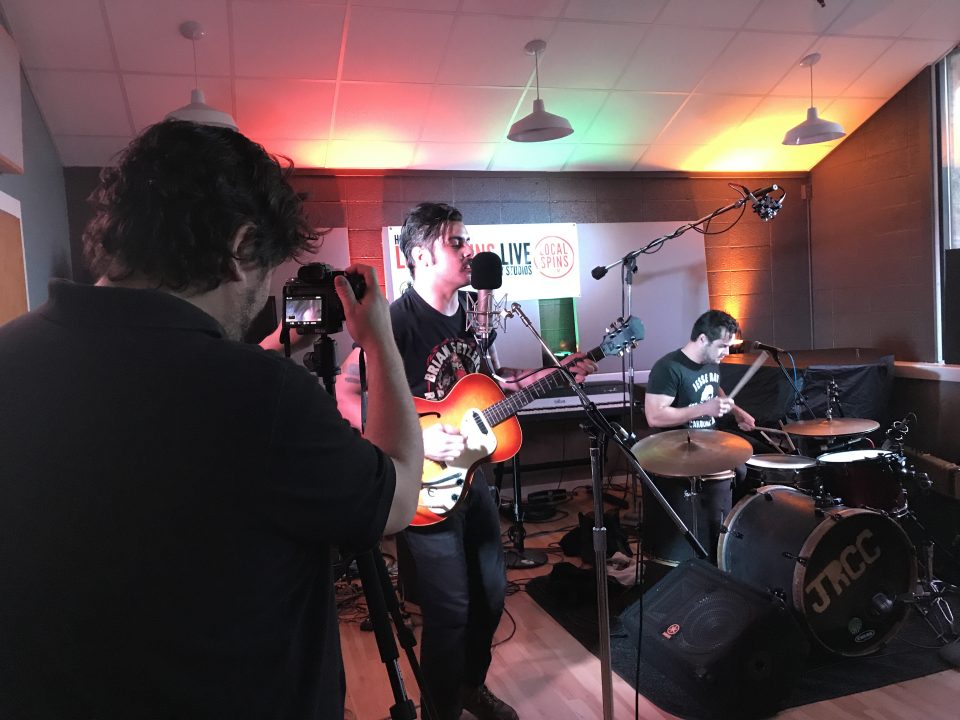 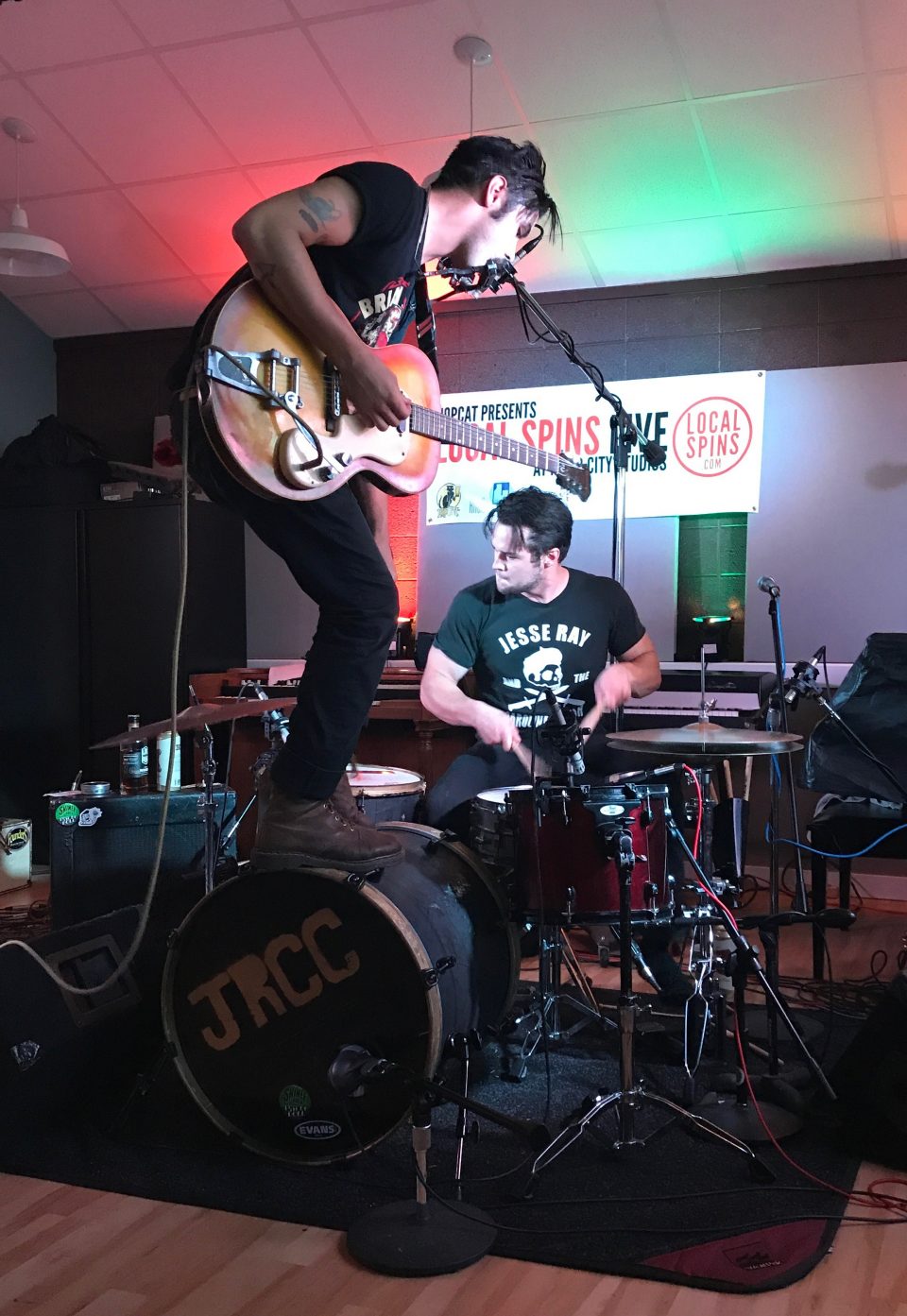 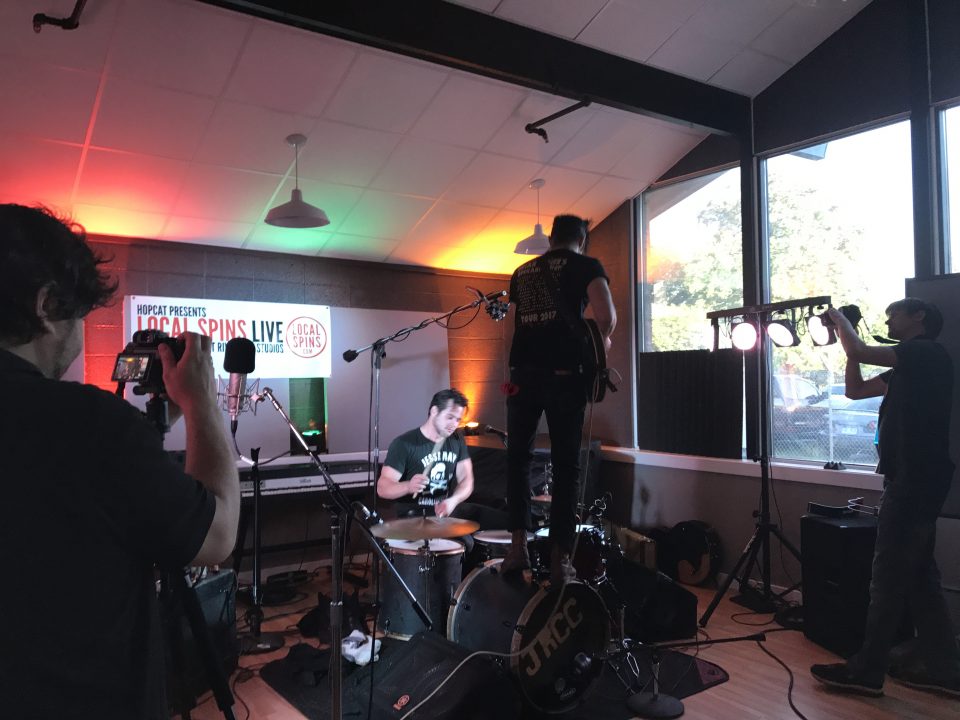 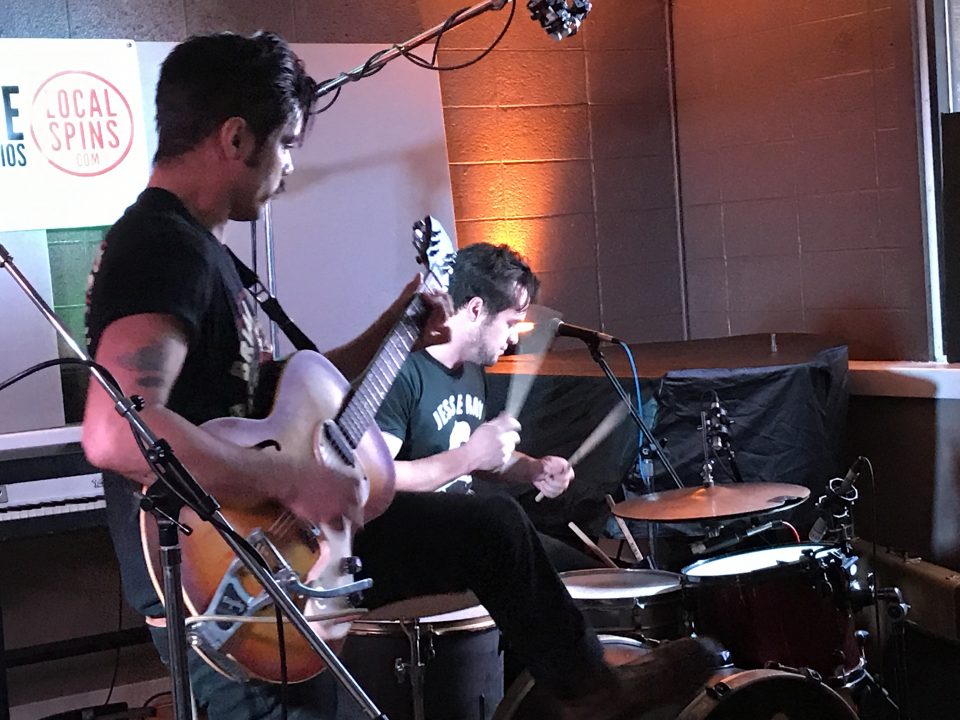 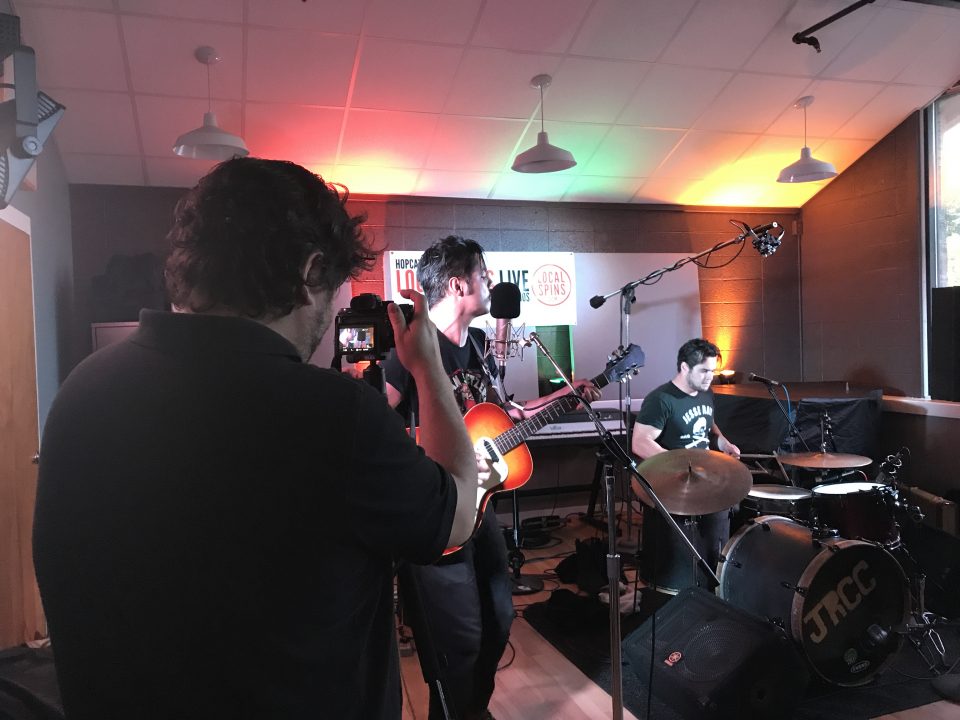