The songwriting brothers spent a decade on the masterwork showcased for Local Spins on WYCE, which also debuted tracks by Biomassive, River City Narrative, Oliver Scott Draper and more.

Near and Dear to Their Hearts: The subject matter of PAWL and ttypes’ new studio album. (Courtesy Photos)

With so many intriguing tales behind the new album from eclectic Grand Rapids musicians and brothers PAWL + ttypes it’s hard to know where to begin.

There’s the family-owned, Lansing-area motel and the unusual guests that served as inspiration for the 15-track recording assembled by songwriters Paul and Tim Krauss, who grew up amid the 1950s-style roadside business.

There’s the intoxicating Americana- and pop-infused indie-rock that swirls through the concept album – the first time the brothers really immersed themselves into those stylings.

“If the Fleet Foxes got drunk and played a little bit more hardcore, than this album might fall in that genre,” quips Paul, aka PAWL. 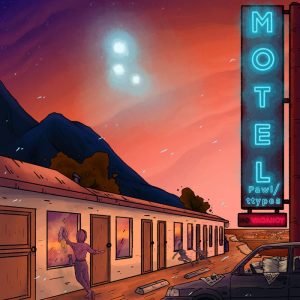 Inspired by Their Parents’ Business: “Motel”

And then there’s the ambitious nature of the project itself: The album took a full 10 years to complete, from start to finish, with various parts recorded in different locations in Michigan and Arizona.

“It was kind of like building a layer cake over time,” suggests Tim, aka ttypes.

The resulting album, “Motel,” which began as Paul’s “pet idea” back in 2010, resonates with a retro charm reflecting “the rough and tumble trailer-park underbelly” of the brothers’ hometown.

“I’m sure everyone involved would describe the album differently,” Tim says. “I would describe it like this: a pastiche of rock and pop spanning the 20th Century, with a clean and pristine production style inspired by Peter Gabriel, and an earnest and bleeding heart hanging from its sleeve.”

With each brother releasing and collaborating on numerous recordings covering everything from electronic music to hip hop and neo-soul over the years, the duo finally released “Motel” in April, and talked about the endeavor for this week’s edition of Local Spins on WYCE. (Scroll down for the full radio show podcast.)

“It was definitely something I was passionate about from the very beginning,” Tim says of the album project, noting the family motel was “very near and dear to our hearts. It’s sort of the landscape of my childhood dreams. So emotionally, inspiration-wise it was an absolute joy.”

Growing up “in the cornfields surrounding Lansing” and attending Haslett High School, the brothers were steeped in music from a very young age. Their grandfather was a lifelong musician and their father tuned pianos for the Michigan State University jazz program, with players often jamming at the Krauss home.

The multi-instrumentalist siblings were exposed to numerous styles of music – from classical to reggae to Brit pop – and credited the high school choir program for assisting their development. 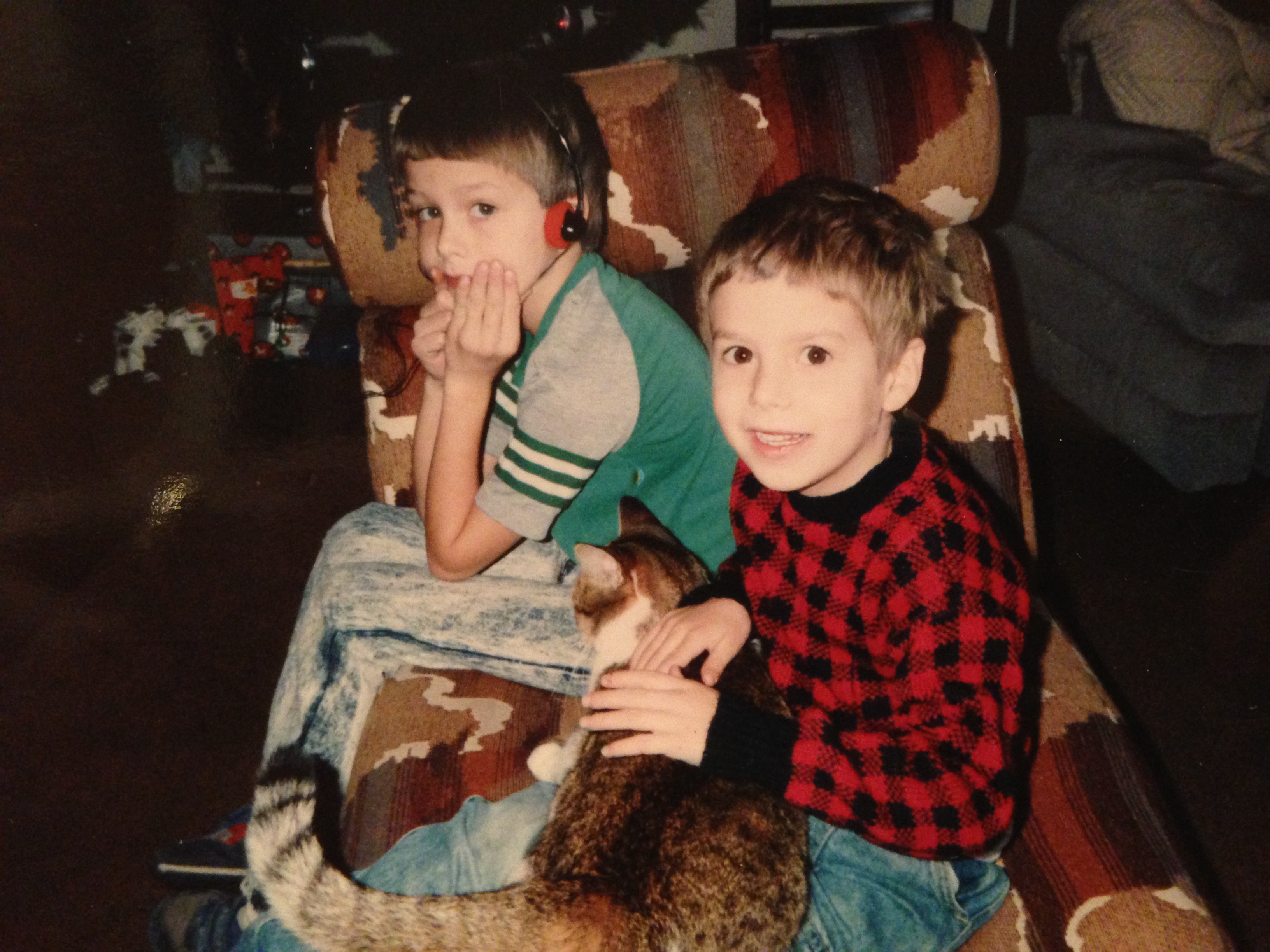 Growing Up Around a Motel and Music: The brothers at a young age. (Courtesy Photo)

Now in their 30s, each brother has performed with a variety of different bands and musicians over the years, while releasing numerous solo projects.

With Tim headquartered in Grand Rapids and Paul splitting his time between West Michigan and Phoenix, Ariz. (due to his wife’s job), the protracted “Motel” project saw the brothers and guest musicians recording in various locations – from piano parts at Keyboard World in Grand Rapids to most vocals and instruments at producer Jupiter Jones’ studio in Saranac to musician Chris Kennedy’s contributions at his home studio in Arizona.

“Technically,” Tim acknowledges, “it was an ordeal.”

And because live shows to tout the album’s release were scrapped due to the COVID-19 pandemic, Paul says the brothers plan to instead create music videos for all 15 tracks to help promote “Motel,” along with sending the album to radio stations and music publications.

Of course, both brothers are also working on other projects: Tim plans to release four singles in coming months and Paul is finalizing two album projects as well as work on a hip hop album that aims to raise money and awareness for the “Black Lives Matter” movement.

The July 24 edition of Local Spins on WYCE – which spotlights local and regional music at 11 a.m. Friday on WYCE (88.1 FM) – also boasted the on-air debut of tracks by Biomassive, Brian Koenigknecht (next week’s guest on the show), Oliver Scott Draper, River City Narrative, Asamu Johnson & The Associates of the Blues and The Gorgeous Oranges (this week’s musician’s pick by ttypes + PAWL), as well as older songs by Steve Talaga and The Soil & The Sun. Listen to the show here.