Local Spins’ third anniversary celebration in May will feature shows by some of our readers’ favorite bands, all of whom have much-anticipated new albums on the way. 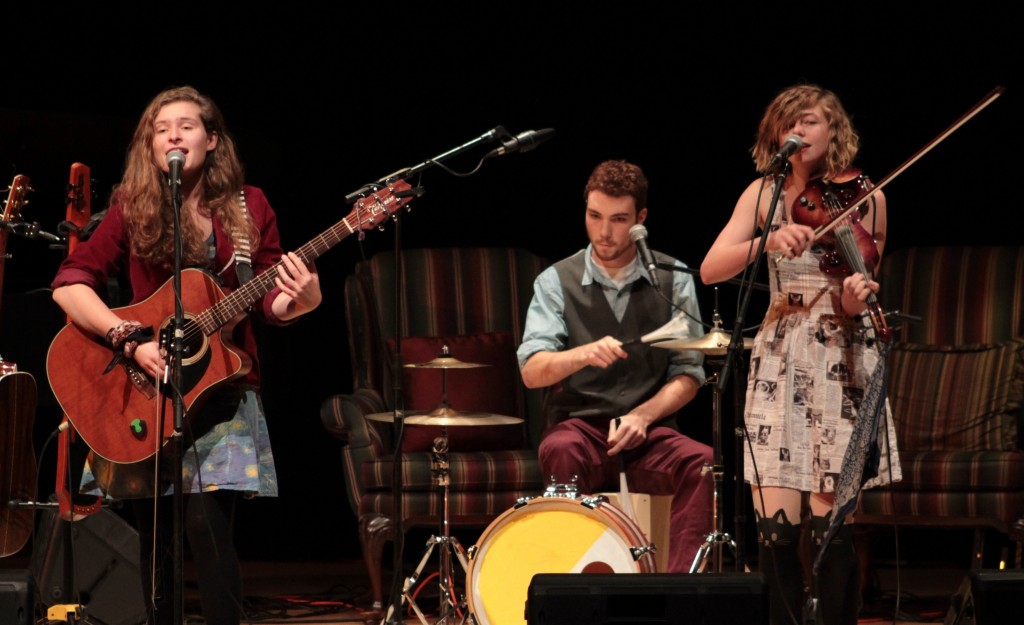 Not only did Traverse City’s The Accidentals come out on top of Local Spins’ completely informal poll of readers’ favorite local bands, but the up-and-coming trio will kick off the website’s third anniversary celebration next week with an intimate concert at SpeakEZ Lounge. 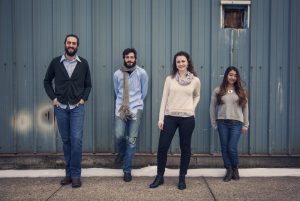 New Sounds: The Crane Wives will release a new album later this year and play SpeakEZ Lounge on May 27. They released a new video this week. (Photo/Leah Renee)

Another band appearing on the list of Michigan favorites – folk-rock’s The Crane Wives, with a new album on the way – has been named the headliner to close out Local Spins Month by performing at SpeakEZ Lounge on May 27, the same night that the Grand Rapids club will tap a half-barrel of the Local Spinsation Ale being created by Rockford Brewing. Tom Hymn will open the show.

In between, Local Spins will help host the annual Bob Dylan Tribute at Founders Brewing Co. on May 16 and unleash the official 3rd anniversary celebration rollout of the first-ever Local Spinsation Ale at Rockford Brewing in Rockford on May 22, with performances that night by Devin & The Dead Frets (another band listed among reader favorites with a new studio album being released soon) and The Honeytones. 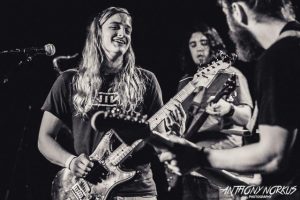 The winners will receive a Local Spins T-shirt, a Rockford Brewing gift card, a local CD, tickets to an exclusive house/concert podcast featuring The Accidentals and a pair of tickets to either May’s Bus Benefit presented by Buses by the Beach, June’s Founders Fest or August’s Hoxeyville Music Festival, courtesy of those events.

As for The Crane Wives, the appearance at SpeakEZ Lounge comes as the band prepares to release its next album in late August, recorded with Ian Gorman at La Luna Recording & Sound in Kalamazoo. Check out a video of a live performance of a new song from that album, “Rockslide,” below.

The popular, fast-emerging West Michigan folk-rock group – now performing as a foursome and revamping its sound following the departure of banjo player Tom Gunnells earlier this year – recently returned from a tour out West.

“Performing as a quartet has been a learning experience,” conceded guitarist and singer Emilee Petersmark, noting they also had the opportunity to play a show in Denver, Colo., with another Michigan-bred band, Lindsay Lou & The Flatbellys. 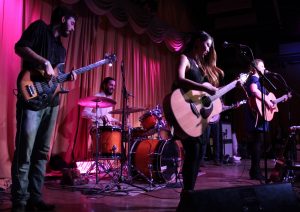 “I think in some ways it’s forced the rest of us to step outside of our comfort zone when it comes to performing and writing, forcing us to become better musicians. Both (guitarist) Kate (Pillsbury) and I have taken to adding color to our songs with an electric guitar, and I’ve started plucking at the banjo a little on the new tunes. It’s a new challenge, for sure, but I think it’s creating a new and exciting sound for us as a band.”

Petersmark, Pillsbury, drummer Dan Rickabus and bassist Ben Zito took that “new and exciting” approach into the studio, with guest artists such as Seth Bernard and The Accidentals, and Chicago singer-songwriter Steve Leaf.

There’s more to the story, too, with the band hinting at some more big news over the next week.

The Accidentals – who’ve crisscrossed the country over the past year and earned national attention as a result – also are on the cusp of releasing a much-anticipated new album later this year, after recording tracks with producers Stewart Lerman and Marshall Crenshaw in New York City.

The trio of Savannah Buist, Katie Larson and Michael Dause will play a free Local Spins show at 9 p.m. Wednesday May 6 at SpeakEZ Lounge, 600 Monroe Ave. NW, in downtown Grand Rapids, with Local Spins giveaways that night as well.