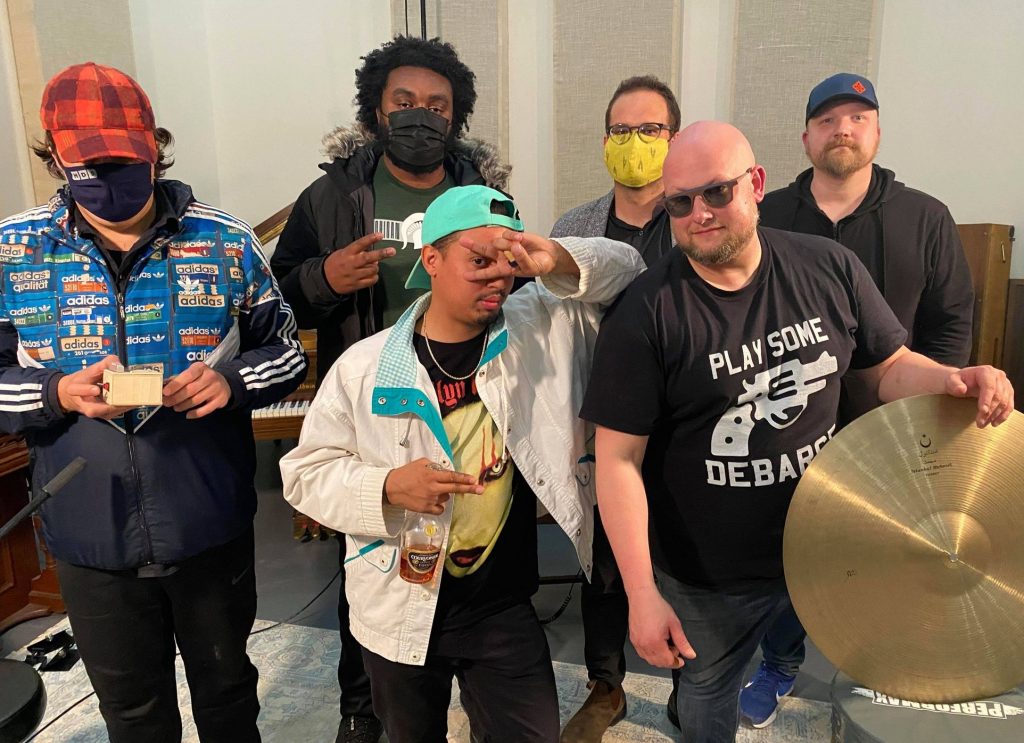 The Studio Crew: The Deep Stare and collaborators. (Courtesy Photo)

Describing the improvisational, jazz-based mélange of The Deep Stare demands more than the usual two- or three-word categorization.

“We’re definitely trying to push as many boundaries and get rid of as many genre labels as possible,” drummer Andy Szumowski said of the West Michigan-based band aiming to release its debut album later this summer.

Guitarist Travis Swanson calls it “an incorporation of all elements right up to the present moment. I think too often, composers and improvisers get stuck in stylistic periods. For me compositionally, I like so many different genres and so many different styles that I don’t want to get trapped into a box or a label.” 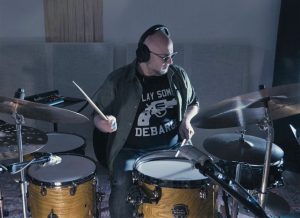 Formed a few years ago after Szumowski and Swanson met as part of trumpeter Brad Fritcher’s MOODS project, the band recorded its debut album, “Clarity in Chaos,” at Grand Rapids’ Local Legend Recording with owner and engineer Josh Kaufman.

For this week’s edition of Local Spins on WYCE, The Deep Stare debuted the tracks “Deep: Spirits of the Earth” (featuring Wuzee) and “Omage to Ralph Peterson.” Scroll down to listen to the tracks and the full radio show podcast.

An “abstract musical journey filled with the sounds of our lives – personal struggles, loneliness and community chaos” that somehow brings “clarity to the experience,” the intricate new album is being produced by Grand Rapids musician Cameron Blake, for whom Szumowski plays drums. The band also plans videos for some of the tracks.

As the band’s main songwriter, Swanson stressed that he wants “the music to be meaningful, too. It’s not just, ‘I’m going to write a bunch of weird, esoteric stuff just to prove I can do it.’ ”

It helps immensely, he said, to have talented musicians who can take this material and run with it.

All of them have the resume for that: Swanson, originally from Marquette, has a master’s in music from the University of Michigan; Szumowski attended Interlochen Arts Academy and Western Michigan University; Muir-Cotton is a product of the Jazz Studies program at Michigan State University. 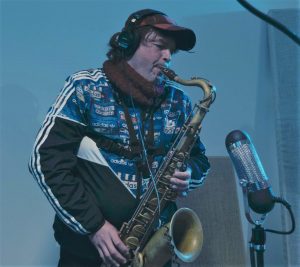 “Everybody is so fantastic on their instrument and bring their own style,” Swanson said. “The concept is simple: Put everything you like together and then sift through your being and see what comes out.”

Fans can expect to see and hear that same approach when the band performs live, scheduled to take the stage at 6 p.m. Saturday (July 3) as part of the inaugural Smiling Acres Music Festival in Trufant.

“There’s going to be an element of exploration always anytime you come to see us perform,” Swanson said. “I can guarantee it doesn’t sound like anything you’ve heard before.