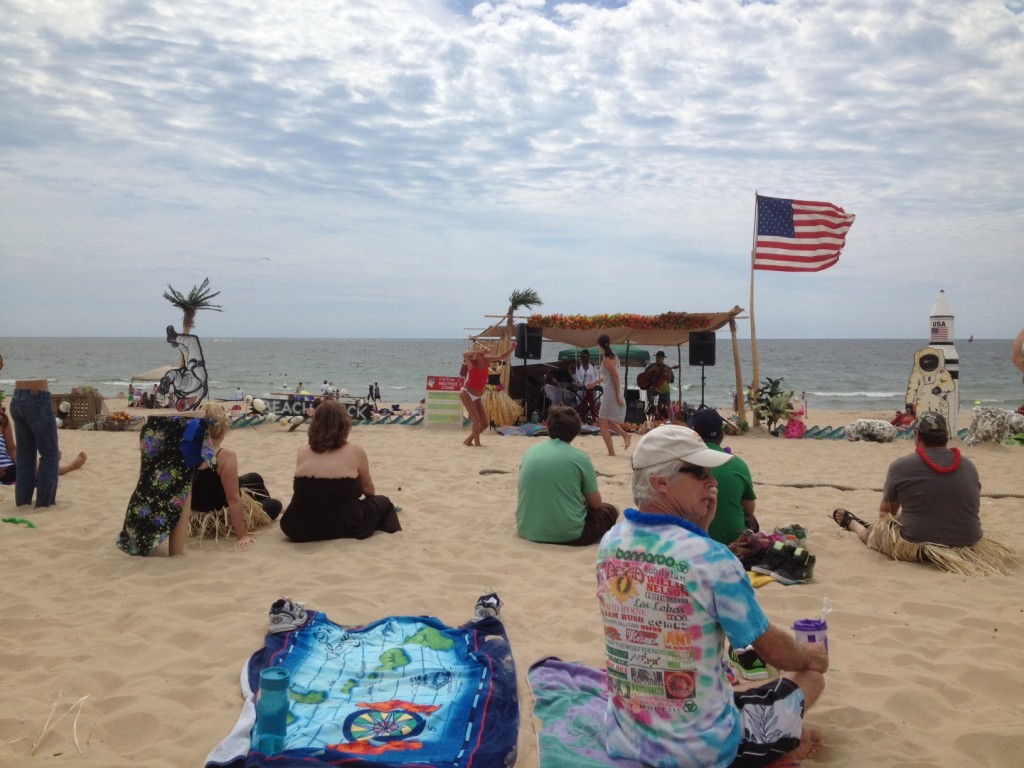 Celebrating Fourth of July Week on the Lakeshore: Pedro’s Pig Roast is just one of several musical ways to revel in the holiday. (Photo/Local Spins) 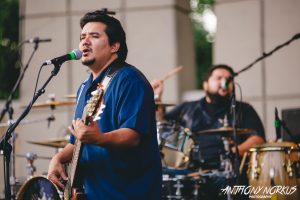 Get tickets online at sevenstepsup.com. The venue is offering the same advance ticket price of $50 for day-of-show tickets, available at the box office starting at noon today (Monday).

Touring behind the band’s latest release, “A Long and Happy Life,” Delta Rae is fronted by Liz Hopkins and Brittany Holljes. The North Carolina sextet, despite becoming a regular on the festival circuit in 2009, has been gaining momentum of late, and was recently named as “One to Watch” by Billboard, CMT and Rolling Stone. 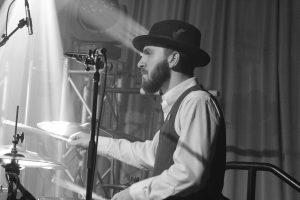 John Nowak, drummer for Grand Rapids’ Desmond Jones, a five-piece “American rock band,” makes his way from Electric Forest (where the band performed over the weekend) to Tip Top Deluxe Bar & Grill in Grand Rapids for the first night of his month-long Monday residency. The show will encapsulate a wide variety of local and regional artists highlighting bluegrass, folk and tons of acoustic music.

Nowak has traveled with his band all over the country and the drummer also sings and plays piano and guitar. Expect a night filled with Nowak and TWAN music (country, acoustic, folk), a full band playing Nowak originals and covers, and a vinyl dance party to top it all off. This is a 21-and-older show. Get more information online here. 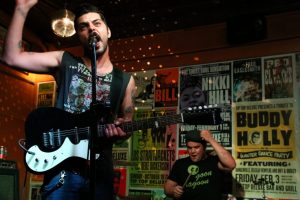 Michigan’s songbird May Erlewine played the special “dress rehearsal” show to open Meijer Gardens’ revamped amphitheater in early June, but this marks the official first show of the 2019 Tuesday Evening Music Club series which showcases local and regional acts every Tuesday night in July and August.

The series opens with a real bang, courtesy of the high-energy rockabilly and raw blues firepower of the Jesse Ray & The Carolina Catfish duo and the rollicking, Jammie Award-winning Americana of Roosevelt Diggs. Get details online here. 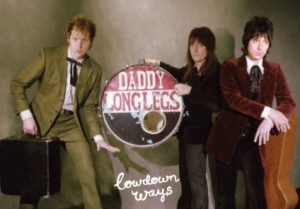 Hailing from New York City and St. Louis, Daddy Long Legs will bring their bluesy-punk to Grand Rapids. Joining the bill will be Grand Rapids’ own rock faves Talk Radio and The Zannies.

Doors open at 8 p.m. This is a 21-and-older show and tickets can be found at pyramidschemebar.com. 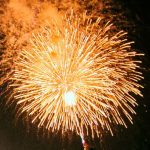 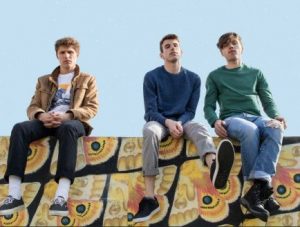 Four-piece Grand Rapids alternative/indie-rock band Pretoria is led by singer-guitarist Josh Bilisko, with bassist Rob Gullett and drummer Ben DeWitt, who all met in high school. After releasing its first self-titled EP in 2018, the band added Evelyn Timmis on synthesizer, guitar and vocals to hone its fresh indie sound. Earlier this year, the band released two singles, “Lafayette Avenue” and “Keep Two Stepping,” from a forthcoming EP, “Cape Town,” which will also display Pretoria’s take on a surf-inspired sound. Special guests on Friday will include Perren, McWeakerton and Skinny Limbs.

Doors open at 7 p.m. for this all-ages show. Get tickets and more information online here. 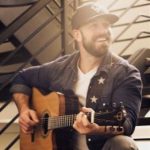 Homegrown country star Kyle Jennings is best known for songs such as “Jesus, Jack Daniels & Me,” “Day Drinkin,'” “Freedom Strong” and “They Don’t Make Love Like That No More.” The Kalamazoo-bred, Nashville-based country hero will be playing a free hometown gig in a place where good old country rock sounds its finest – a dive bar with history.

Joining Jennings on the Louie’s stage will be fellow Nashville musician Kevin Post. Post, who hails from Texas originally, has co-written with Jennings, Dave Fenley and others, and currently tours with Blake Shelton and plays in The Voice house band. Jennings and Post also perform July 4 at Admiral Jack’s in South Haven. 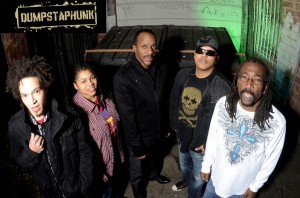 One of New Orleans’ funkiest bands — and that’s saying a lot — Dumpstaphunk descended from Neville family bloodlines. Featuring four-part harmonies, soulful melodies, and deep, gritty grooves, this band was birthed years ago on the New Orleans Jazz & Heritage Festival stage and has won over legions of faithful fans since.

They’ll bring the soul and spirit of the Crescent City to Bell’s Back Room Friday night for a special evening-with performance. There’s no opener, so get there early. For more information, visit bellsbeer.com. 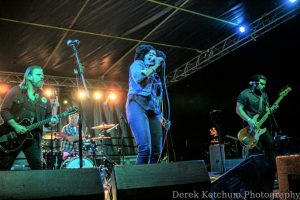 LOCAL SPINS TICKET GIVEAWAY: Congratulations to Local Spins reader Jennifer WolfSchwallie. She was the first person to email john@localspins.com with “NIKKI HILL” in the message field and won a pair of tickets to Friday’s show. Check The Big List every week for your chance to win concert tickets.

Fresh off of headlining at Buttermilk Jamboree, North Carolina’s Nikki Hill is back in West Michigan for another high-energy show at the Tip Top, her favorite Grand Rapids tour stop.

Hill has toured extensively for the past several years after the independent release of her “Heavy Hearts Hard Fist” in 2015. Hill’s unique voice is full of rock, honesty, soul, blues and passion, while her band provides a no-holds-barred approach to American roots music. Long-standing Grand Rapids blues band Hank Mowery & The Hawktones opens this 21-and-older show. Get tickets here. 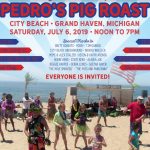 This annual party is back again for the 28th year. Pedro’s Pig Roast – which raises funds for The Little Red House in Spring Lake – features a headlining set by Muskegon’s Jetts, a “party band” that rolls out a mix of rock, reggae, pop, funk, blues, soul and more. The family-friendly affair on the Lake Michigan beach will also boast the return of Minnie Morey & The Pacific Island Dancers and a rendition of the National Anthem by Sasha Wheeler.

In addition, of course, there’s food (it IS a pig roast), tie-dye and treasure chest fun, beach blanket bingo and hula dancing. Get more details here.

This year’s Fourth of July fireworks display (sponsored by Soaring Eagle Casino & Resort) will also feature some musical entertainment along the Grand River in downtown Grand Rapids, making it a full evening to celebrate the country’s independence (and extending that celebration by a couple of days, considering Fourth of July falls on Thursday). 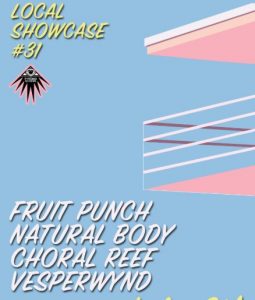 The Pyramid Scheme continues a long and valued series of local music showcases this Saturday.

Local Showcase No. 31 is a varied one. Fruit Punch is a genre-defying queercore act whose heart is on its sleeve as “a fruity, punchy rapper whose confessional, homoerotic songs take inspiration from global pop music past and present.” Choral Reef, formed only this year, brings a DIY attitude, and are joined by indie/garage rock act Natural Body and the debut of black metal band Vesperwynd.

Get tickets for this 21-and-older show here. 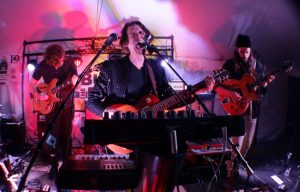 Kalamazoo indie-rock stars The Go Rounds make a swing up to Grand Rapids for this post-Fourth of July show. The Go Rounds recently released a new studio album and promises that this 21-and-older show will feature their signature “bits of all your favorite bands exploded into rock ‘n’ roll confetti.” 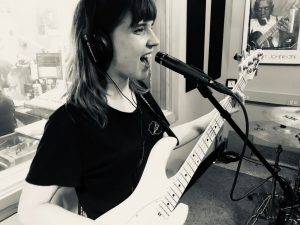 Returning for 2019 to the lakeshore is Ludington’s LudRock, which boasts performances by more than 40 regional bands and solo artists, including West Michigan faves such as Project 90, Talk Radio, Pretoria, On the Line, Hazard and Spike the Media, along with acts such as Ludington Ukes, The Boatman, Mike Luusua, Brynn Fortner and Brooke Angelina.

The volunteer-driven event began more than 20 years ago when a group of friends “made their way back to a small town on the shores of Lake Michigan to reunite through music and community” and grew from there. Ludington is about 90 minutes northwest of Grand Rapids. Get details about the festival at ludrock.com.

The Beths playing at The Pyramid Scheme in Grand Rapids 7 p.m. Tuesday, $15 advance, $17 day of show — The Beths, jazz majors from the University of Auckland, bring a unique twist on indie-rock to Grand Rapids.

Chicago indie-rockers Good Brother head up four-band bill at Shakespeare’s Lower Level in Kalamazoo, 9 p.m. Tuesday, $5 — Bringing a sound that has been compared to The Smashing Pumpkins, Guided by Voices and Sparklehorse, Chicago’s Good Brother is teaming up with a trio of Kalamazoo up-and-comers including The Krelboynes, Everyday Sensei and Nothing New for a Tuesday evening 21-up show at Shakes. 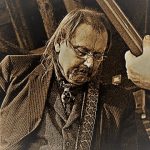 Stealin’ the Farm, an absolute steal at The Livery in Benton Harbor, 9 p.m. Saturday, pay what you want – The high-energy jam act offers up rock, reggae, bluegrass and funk stylings. Need a seal of approval? The latest LP features guitar licks from the one and only Jake Cinninger of Umphrey’s McGee. 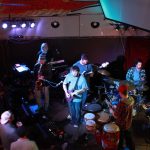 Biomassive, 8 p.m. Saturday, Creston Brewery in Grand Rapids, free – Electronic rock band Biomassive had such a good time at Creston Brewery that they’re coming back for another show. Get there for a night of progressive funky jams mixed with groundbreaking beats.

Grassfed and The Pinola Plowboys team up for double bluegrass bill at The Livery in Benton Harbor, 7 p.m. Sunday, $10 — Kansas City up-and-coming pickers Grassfed are fresh off an appearance at Blue Ox and have been busy touring across the country and world. Peter Nye heads up the three-piece Pinola Plowboys. 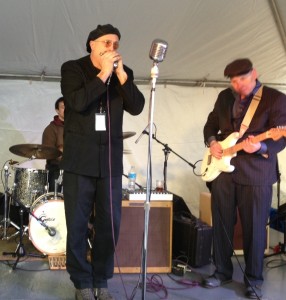 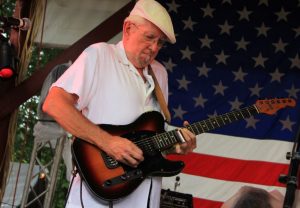 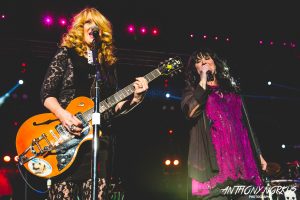