The Fretboard Festival Play-In Contest and shows by Tomas Esparza, Fast Hands Band, Erin Zindle & The Ragbirds and more are also on tap. And check out this week’s ticket giveaways. 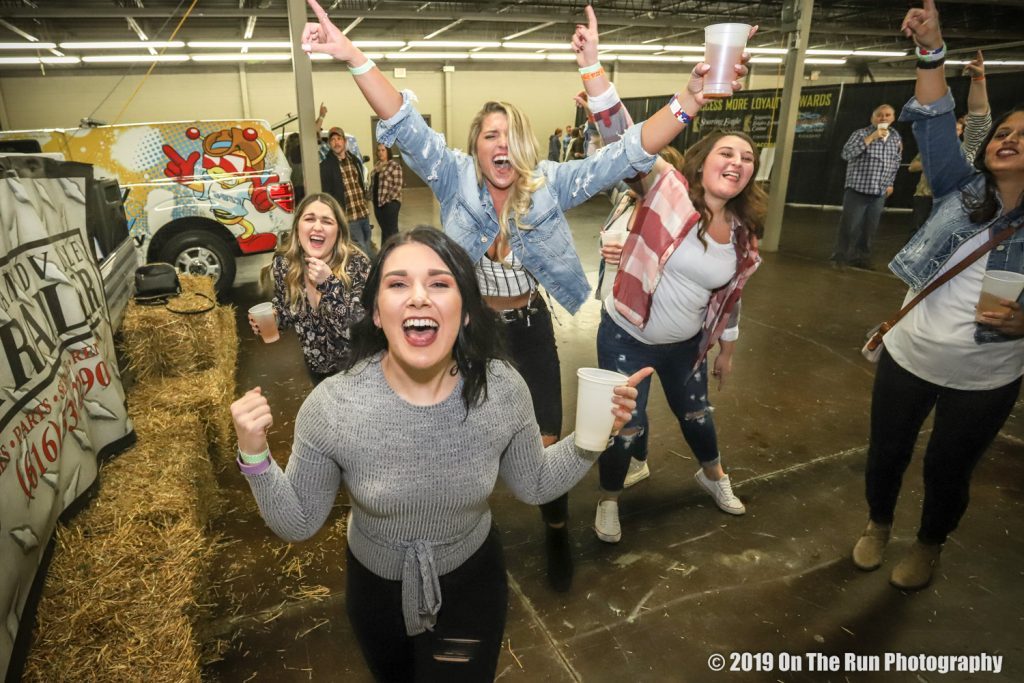 Country Frolicking in the Barn: B93’s Barn Party returns to the DeltaPlex on Saturday. (Photo/Eric Stoike) 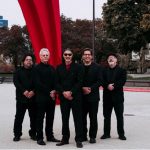 The Tomas Esparza Blues Band is led by renowned harmonica player and singer Tomas Esparza, who was born in Mexico City and has  performed on stages across the country. The group was featured on Local Spins on WYCE last week and will compete in the International Blues Challenge hosted by The Blues Foundation in late January in Memphis. The band also is set to release a new album this spring.

Local Spins Wednesdays are presented by Local Spins, SpeakEZ Lounge, North Coast Guitar Company and WYCE, with Michigan beer specials on tap and free parking in the city lot kitty-corner from SpeakEZ on Monroe Avenue to the south, or in the Sixth Street Park lot to the north. Plenty of street parking, too. 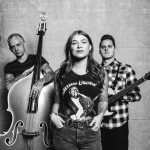 With roots in Syracuse, N.Y., and Seattle, Wash., the Nashville-based Hi-Jivers have true vintage rock appeal, unleashing rock ‘n’ roll with an R&B vibe, something displayed on the 2018 album, “Something’s Gotta Shake.” According to the official band bio, The Hi-Jivers “pay tribute to the rock ‘n’ roll and rhythm & blues of the ’50s and ’60s through their raw, wild originals and passionate covers.”

Opening the night will be West Michigan’s own blues favorites, Hank Mowery & The Hawktones. Get tickets and more details online here. 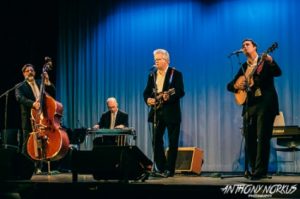 The Kalamazoo Valley Museum hosts a play-in contest that will determine the last two performance slots at the March Fretboard Festival (a day-long event featuring performances on several stages, vendors and more).

Playing short sets and competing on Friday in front of a panel of judges will be Jonathan Moody, David S. Kruse, Celeste Allison Trio, Jukejoint Handmedowns, Lucy Lowis and Monte Pride. Get more details online here, and check for the results this weekend at Local Spins.

With a country rock and Southern rock tack, Texas’ Whiskey Myers has released five studio albums since 2008 and is currently touring behind its latest No. 1 self-titled country album, which came out in late September. (It also soared to No. 6 on the Billboard 200 chart.)

Opening for the seven-piece band at this B93-sponsored show will be The Steel Woods. Doors open at 6:30 p.m. for this all-ages show. Get tickets and details online at sectionlive.com. 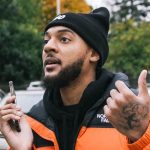 TICKET GIVEAWAY: Congratulations to reader Lori Metzler. She was the first person to email john@localspins.com with “WALDO” in the message field and won a pair of tickets to Friday’s show at Listening Room. Check The Big List every week for your chance to win concert tickets.

In the first hip hop showcase at the new Listening Room, Grand Rapids hip-hop fave Lady Ace Boogie brings Kamron “Waldo” Robinson to the stage for a homecoming show. The 27-year-old Waldo is a Grand Rapids native now based in Los Angeles. His new album, “Grove,” was featured in Billboard magazine and elsewhere. His music – inspired by the likes of Talib Kweli and Nipsey Hussle – has racked up 13 million-plus streams across various platforms. He has toured North America and Europe.

Joining Waldo for this special night will be Grand Rapids’ Rebel Kuzco and Bedrock. Get tickets online here. Doors open at 6 p.m. 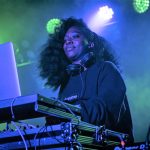 Michigan House will once again be setting up shop at Austin’s South by Southwest in March, showcasing Michigan bands and more. This “SXSW Launch Party” will feature sets by AB, SuperDre, Tiny Jag and Jordan Hamilton, as well as prizes and a fashion show.

Doors open at 7:30 p.m. for this 21-and-older event. Get tickets and info online at pyramidschemebar.com. 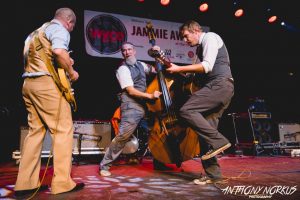 It’s a little slice of the Wheatland Music Festival in the middle of the winter.

Get tickets and more details online at sectionlive.com. 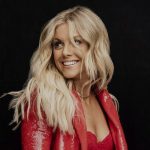 Canadian country star Lindsay Ell headlines this year’s Barn Party hosted by country station B93. Ell scored a No. 1 hit with “Criminal” in 2017, and has released four studio albums since 2008 (including 2017’s “The Project,” which hit No. 4 on the Billboard Country chart).

Also on the bill for this bash will be Tenille Arts, Caylee Hammack, Kari Lynch Band and Bari Lee Band. In addition to live music, the event features games, food and drink. Doors open at 4 p.m. and parking is $10 per vehicle. Get tickets online here. 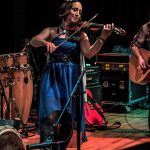 TICKET GIVEAWAY: Congratulations to reader Tara Robinson. She was the first person to email john@localspins.com with “ERIN ZINDLE” in the message field and won a pair of tickets to Saturday’s show at Listening Room. Check The Big List every week for your chance to win concert tickets.

Ann Arbor’s The Ragbirds have long been a Michigan favorite due to the band’s intoxicating mix of folk-rock, world music, indie-pop, soul and more. Now re-branded as Erin Zindle & The Ragbirds, the band, led by dynamic frontwoman, singer and fiddler Erin Zindle, makes its Listening Room debut. 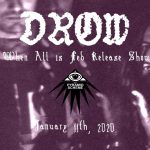 Grand Rapids industrial post-metal band Drow is releasing its first full-length album, “When All is Fed,” on Saturday night. It gets a heavy rock assist from Grand Rapids sludge metal act Mountain Goat, as well as Attrition Cult and Felon Class.

Doors open at 7 p.m. for this 21-and-older show. Get tickets online here. 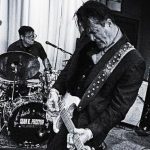 Opening the night will be West Michigan’s own vintage rock outfit The JetBeats. Get tickets online here. 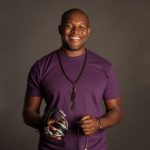 He’s described as “a wax innovator” who crosses genres and mixes his sound “across the map.” New York’s DJ Logic is a session musician and a musical pioneer who introduced jazz into the realm of hip hop. He’s also collaborated with a host of notable artists – from John Mayer to Ben Harper to Mos Def to Warren Haynes – while dazzling fans with his spinning prowess.
Get details online at foundersbrewing.com, where you can also get info about Thursday’s debut of West Michigan’s Via Mardot. 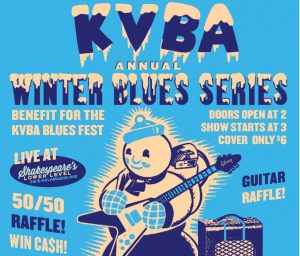 The event will also feature a 50-50 raffle and a raffle for a guitar. Doors open at 2 p.m. (By the way, the KVBA also sponsors a blues jam at Old Dog Tavern in Kalamazoo every Sunday at 6 p.m.) 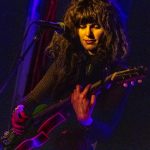 Via Mardot playing Founders Brewing Co. in Grand Rapids, 9:30 p.m. Thursday, free – Olivia Mainville’s new project, Via Mardot, is a sonic mix of “Tarantino soundtrack, ’60s French yeye, spaghetti Western and manouche-inspired” music. Sandra Effert and Mark Harrell are also on the bill. And tune in to Local Spins on WYCE (88.1 FM) at 11 a.m. Friday when Via Mardot is the in-studio guest.

Further Closer and Brother Adams playing Park Theatre at 248 S. River Ave. in Holland, 8 p.m. Friday, $10 – Billed as “The Will Show, Pt. 2,” this fundraiser, supporting Down syndrome awareness and benefiting Kaiden Reef, features performances by Further Closer, Brother Adams, AS AM I and Casa Blue in “a celebration of the love, music and life of Will Montano, aka Low Decible.” By the way, singer-songwriter S. Martin and Mark Harrell play Park Theatre at 8 p.m. Saturday, $8 advance, $10 day of show.

Medicinal Groove playing The Livery in Benton Harbor, 8:30 p.m. Friday, $10 – The Traverse City band that shot to the top of the Local Spins Hot Top 5 Chart for December brings its funky jams down the coast for the first time ever to The Livery. Get details here. 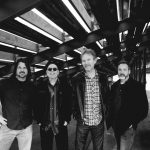 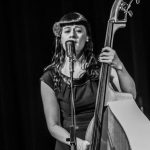 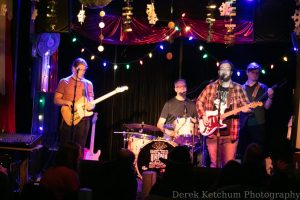 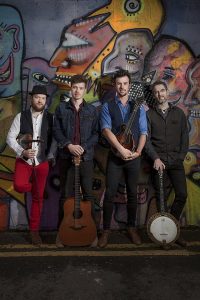