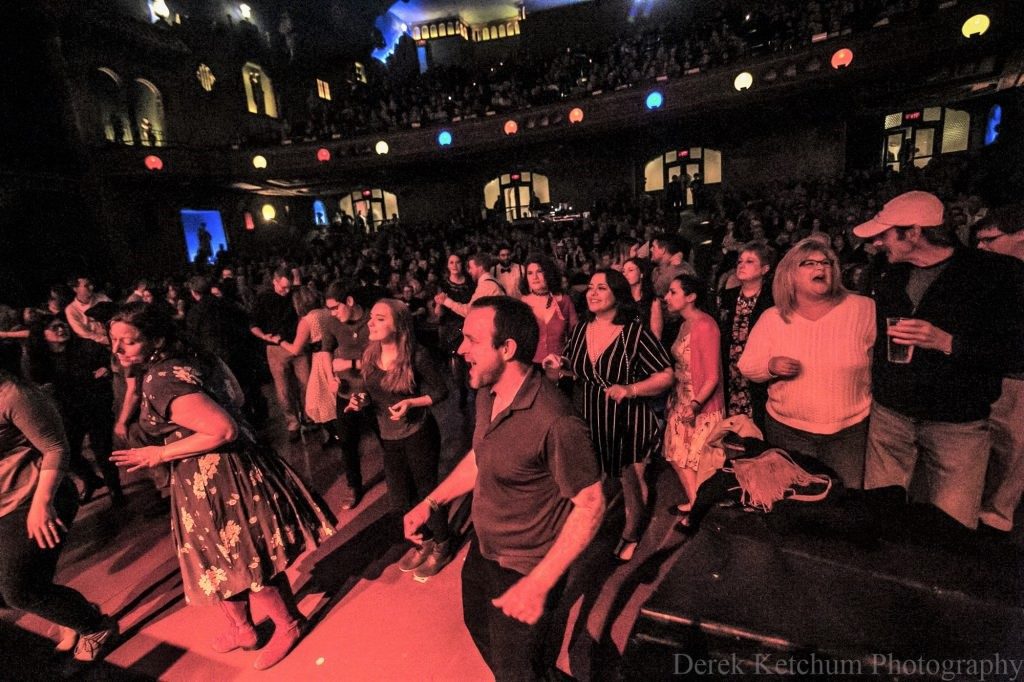 View an expanded list of upcoming shows at West Michigan venues via The REALLY Big List at Local Spins. 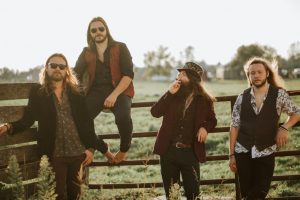 TICKET GIVEAWAY: The first reader to email john@localspins.com with “MICHIGAN MONDAY” in the message field will win a pair of tickets to The Gasoline Gypsies at Listening Room. Check The Big List every week for your chance to win concert tickets.

These once-a-month, low-cost Monday night shows at the intimate, comfortable, new 200-seat Listening Room focus on Michigan bands and artists from outside the Grand Rapids area, giving West Michigan fans a chance to get to know talented acts from across the Great Lakes State. The shows include a brief, mid-show interview with the bands hosted by Local Spins publisher John Sinkevics. Get tickets and more information online here, or just pay at the door. 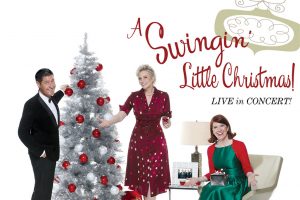 Actress, comedian and singer Jane Lynch (“Glee,” “Hollywood Game Night”) scored a hit with her holiday album, “A Swingin’ Little Christmas,” and now she brings the tour behind that release to Grand Rapids with help from the jazzy Tony Guerrero Quintet, comedy fave Kate Flannery (“The Office”) and singer Tim Davis (who’s also accompanied Lynch on her past “See Jane Sing” tours).

Get tickets and details online at 20monroelive.com. Doors for this all-ages show open at 7 p.m. 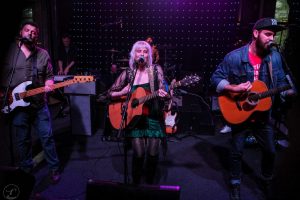 Although admission is free, monetary donations will be accepted along with clothing and other items for those served by Mel Trotter Ministries. Get details and the full list of items to donate online here. The event will also include a raffle for amazing prizes (including a Local Spins gift package). If you can’t attend, email Lynch at karilynch26@gmail.com to make a donation. 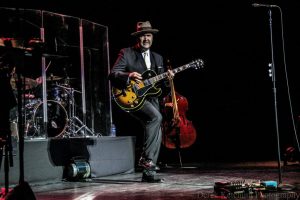 It’s a toe-tapping, finger-snapping way to step back in time. Big Bad Voodoo Daddy has long revved up audiences with its Big Band-era vibe and performances of songs such as “You & Me & The Bottle Makes 3 Tonight (Baby),” “King of Swing” and “Go Daddy-O.” The Southern California ensemble also released a holiday album back in the day, so you can expect a seasonal flair to this Kalamazoo tour stop, too.

Get tickets and more information online here. Doors open at 6:30 p.m. By the way, $5 from each ticket sold will benefit the Crescendo Academy of Music. 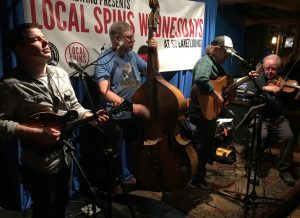 For more than a dozen years, Full Cord has been churning out bluegrass music steeped in the jam-based tradition of the genre while incorporating influences of jazz, classical sounds and more into the mix. Now, the West Michigan band is touring behind its latest album, “Choreomania,” which jumped into the Local Spins Hot Top 5 chart for August after its release. The band’s last show at SpeakEZ was a jam-packed, fun-filled affair. 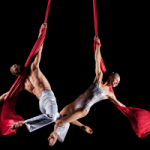 It’s the 10th annual installation of Cirque de Noel by the Grand Rapids Symphony, which performs while this company of acrobats, jugglers, contortionists and aerial artists dazzles the audience “with amazing feats of agility and strength.” The symphony will perform well-known Christmas songs and classical favorites along the way. 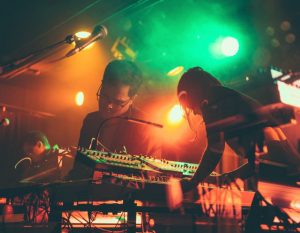 Get details and tickets online at pyramidschemebar.com. Doors for this 21-and-older show open at 7 p.m. 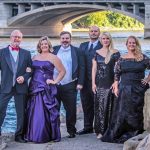 The West Michigan Opera Project – dedicated to “providing unprecedented workshop and performance opportunities to singers” – presents an evening of opera favorites and songs of the season, along with the Embellish Handbell Ensemble, harpist Martha Waldvogel-Warren, guitarist Kyle Thompson and pianist Todd Wilkie. 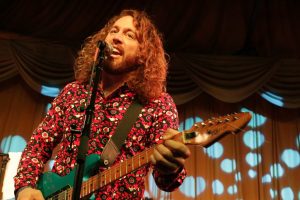 CHRISTMAS AT CRITTER’S:
GUNNAR & THE GRIZZLY BOYS
THE LEGAL IMMIGRANTS
MELOPHOBIX
When: 8 p.m. Friday
Tickets: $10 advance, $12 day of show
Where: Elevation inside The Intersection, Grand Rapids

Once again, Gunnar & The Grizzly Boys, Melophobix and The Legal Immigrants are joining forces for another holiday-hued “Christmas at Critter’s” show, with the West Michigan bands also for the second time recording their versions of Christmas tunes for the project. All proceeds from Friday’s show will be donated to Kids’ Food Basket and the Huntington’s Disease Society of America, so organizers are hoping to sell out this year’s event, which will also include special guests.

Get more information and tickets online at sectionlive.com.

This is the official album-release show for Grand Rapids rock band The American Hotel System, which is set to unfurl “The Sunken Truth” at Friday’s concert. The evening will also feature special guests: Singer-songwriter Matt Gabriel and the bands Jake Riley & The Social Workers and Chandler Reed & The Sticky Keys.

Get more information on line at pyramidschemebar.com, where you can also get details about Saturday’s show featuring Hexing, Greet Death, Antighost and okaycool. 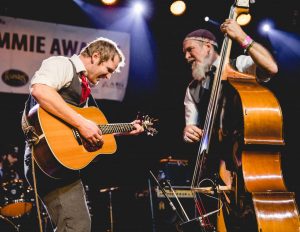 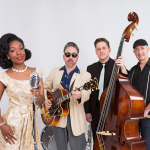 The Susie Parr Trio is also on the bill for this Tip Top show. Get more info online here. 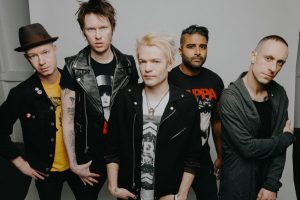 Earlier this year, Canadian pop-punk band Sum 41 released its seventh studio album, “Order in Decline,” and now brings the tour behind that release to 20 Monroe Live. The album jumped to No. 2 on Billboard’s Top Hard Rock Albums chart (and peaked at No. 60 on the Billboard 200).

Also on the bill for this all-ages show will be Broadside, a pop-punk outfit from Virginia. Get details and tickets online here. Doors open at 6 p.m.

Fans at much-beloved northern Michigan singer-songwriter May Erlewine & The Motivations’ weekend show at The Pyramid Scheme couldn’t gush enough about this show, which now unfolds at the intimate Seven Steps Up in Spring Lake.

The “Holiday Dance Parties” have become a December tradition, playing venues across the state with an uplifting, retro-soul flavor. Get tickets online here. By the way, the band brings the dance party to The Livery in Benton Harbor on Friday and to Bell’s Eccentric Café in Kalamazoo on Sunday. 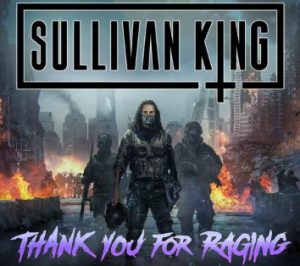 Los Angeles guitarist and multi-instrumentalist Sullivan King calls his approach a “metal-meets-EDM sonic adventure.” He brings his “Thank You for Raging” tour to Grand Rapids promoting his latest album, “Show Some Teeth.”

Also on the bill: Yakz, Grabbitz and Flats Stanlie, with doors opening for this 17-and-older show at 8 p.m. Get tickets here. 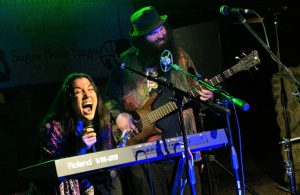 Last winter, Local Spins named Earth Radio the “Emerging Artist of the Year” thanks to its boundary-pushing neo-soul and jazzy progressive rock. Since then, the band has continued to turn heads with a dynamic sound and live shows featuring the talents of Hannah Laine, Justin Avdek, Dutcher Snedeker and Madison George.

They’ll rev up Founders on Saturday with help from Muskegon’s funk/soul/rock band Flexadecibel. Get more info at foundersbrewing.com. 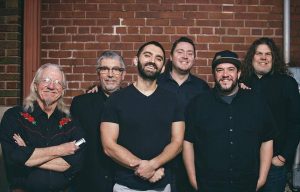 Consider this the Salt of the Earth “house band,” firing up the holidays with a blend of Americana, folk, rock and roots music. The Schrock Brothers Band features brothers Andrew and Jasen Schrock with their dad, Mark Schrock, plus an all-star cast of Michigan players.

Close out your weekend and celebrate the season with this special holiday show. Call 269-561-7258 for reservations and get more info online here. 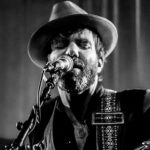 Stephen Kellogg playing Listening Room in Grand Rapids, 7:30 p.m. Thursday, $29 – New England singer-songwriter Stephen Kellogg has won awards and toured the globe over the years, and even served as a speaker and author. His latest album is 2018’s “Objects in the Mirror.” Get tickets here.

Tiffany playing the Ultimate ’80s Party at 20 Monroe Live in Grand Rapids, 8 p.m. Friday, $15-$20 – Pop star Tiffany (“I Think We’re Alone Now”) leads this ‘80s nostalgia show along with Three’s a Crowd and DJ Armando, paying tribute to “the essentials” from the decade.

Whitey Morgan playing The Intersection in Grand Rapids, 8 p.m. Friday, $25 advance, $30 day of show – Honky-tonk country singer and guitarist Whitey Morgan has long been a favorite at The Intersection, where he’ll play this year along with Them Dirty Roses and Myron Elkins. Doors open for this all-ages show at 7 p.m. 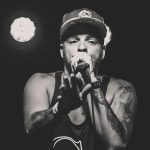 That Beatles Thing playing One Trick Pony in Grand Rapids, 8 p.m. Saturday, free – Suffice to say it will be packed at One Trick when the region’s most popular Beatles tribute band returns to heat up the season. Call 235-7669 for reservations. By the way, The Jukejoint Handmedowns play One Trick on Thursday night. 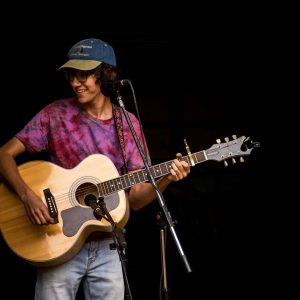 ON THE HORIZON (Holiday Edition) 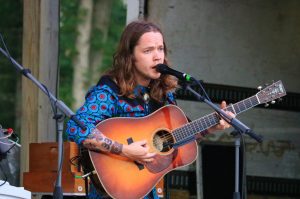