The Traverse City band releases its new album Thursday in Kalamazoo, with a tour of the United Kingdom to follow. Learn more about the trio’s hectic year, and check out Local Spins’ review of the new album. 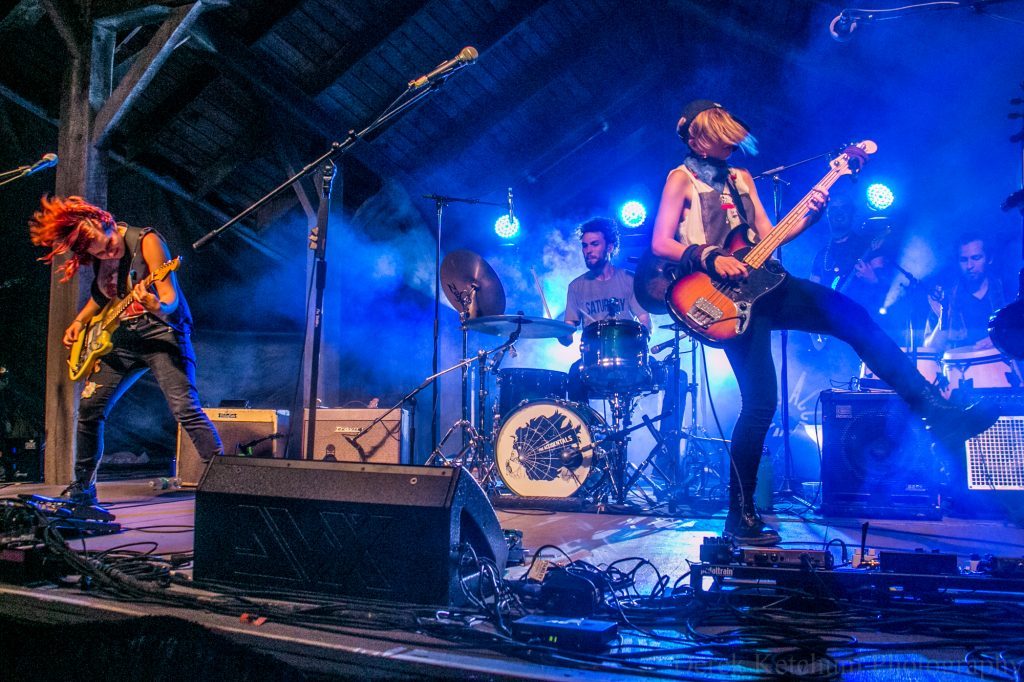 SCROLL DOWN FOR ALBUM REVIEW, VIDEO

The Accidentals’ ever-growing fan base has witnessed first-hand the joyful exuberance and dynamic musicianship uncorked by the Traverse City alt-folk trio on stage.

So it’s really no surprise the band is finally releasing an album that reflects that live spirit – a full-length project recorded live over the course of a single day in an Indiana studio.

“We have been trying to nail down the energy of our live show for years,” said singer, songwriter and multi-instrumentalist Savannah Buist.

Creating the “ideal version” of song, she said, often means layering and overdubbing with additional instruments to create “mini-orchestras.” 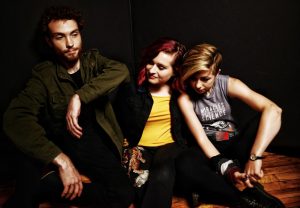 “Unfortunately, when you are layering,” she said, “you sometimes lose that live energy that comes with intense interaction and a full house of music-loving fans.”

To replicate that atmosphere, the band – Buist, multi-instrumentalist Katie Larson and percussionist Michael Dause – hunkered down at Nimblewit Studios in Goshen, Ind., with engineer Nate Butler (of the band Shiny, Shiny Black) and “jammed through 12 songs in one day.”

Ten of those appear on “The Accidentals Live,” officially being released Thursday (April 25) at Bell’s Brewery Eccentric Café in Kalamazoo ($20) and in back-to-back concerts Sunday (April 28) at State Theatre in Traverse City ($20 general admission, $50 VIP). They also play The Ark in Ann Arbor Wednesday night (April 24).

Shortly after that, the band will head overseas to showcase its live energy for brand new audiences, touring the United Kingdom for the first time.

“The live album is just us, as a true three-piece, doing what we do,” Buist said.

“On this album, we dropped a couple brand new songs, a couple of songs written years ago that were never recorded, and a few covers of other artists like Sarah Jaffe, Yeah Yeah Yeahs and The Pixies. I think it captures the essence of an Accidentals live show: the energy, the range of emotions and genres.”

The arrival of the live collection comes more than 1-1/2 years after The Accidentals released “Odyssey,” their full-length studio debut on the Sony Music Masterworks label.

It also comes on the cusp of what promises to be an action-packed 2019 for the northern Michigan phenoms who embark on their first overseas tour this spring with plans for releasing a new studio album later this year.

The band will play 13 shows across the United Kingdom in 16 days, starting April 30 at The Wardrobe in Leeds. Larson and Dause have never been overseas, and none of the band members has ever performed outside North America. 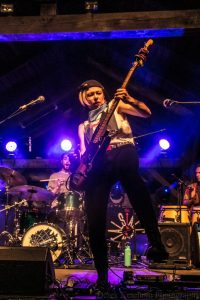 Buist said she’s “so excited, I barely managed to find the words to describe it.”

As part of the tour, The Accidentals will open a few concerts for Winnipeg singer-songwriter and roots-rock artist Joey Landreth, play the Kilkenny Roots Festival and Crate Diggers Festival, and perform several headlining shows.

“Thanks to Spotify, we already have some listeners in the United Kingdom and it’s been on our bucket list to tour there for years,” said Larson, noting the band will be posting “lots of action” from England on its website and Patreon page.

“As soon as we touch down in England, I’m going to procure some fish and chips!”

Added Buist: “We’re finally able to call ourselves international touring artists. We’re hoping to establish as great a base there as we have here.”

Before that, however, the band will ramp up live production elements for its album-release concerts, with members of this year’s singer-songwriter class at Interlochen Arts Academy on board for the Traverse City shows.

“We have added some atmospheric changes, a killer light show … and a slew of new material. We’re playing deep-cut originals, some of your favorite covers and some songs that never been heard before,” Buist said. “Expect a good time, that’s all we’ll say.”

Buist said the band decided to release this live collection in early 2019 because its new studio album isn’t quite ready.

“Putting out the live album gave us time to work (on the new studio project) with two of our dream producers, John Congleton (Lana Del Ray, St. Vincent) and Tucker Martine (Sufjan Stevens, Neko Case, The Decemberists),” she said.

“We are one song from done with that album and looking forward to releasing it later this year.” 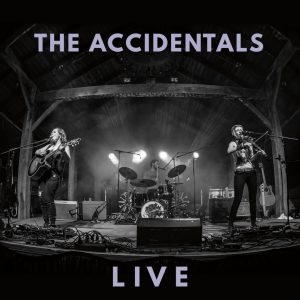 
The Accidentals performed more than 200 shows across the country last year. So, for a follow-up to 2017’s “Odyssey,” it seemed only natural to construct an album that would capture the very essence of one of their emotional and energetic performances. Recorded by Nate Butler in one day at Nimblewit Studios in Goshen, Ind., the trio of Savannah Buist, Katie Larson and Michael Dause set out to reflect “the energy, the range of emotions and genres” that make an Accidentals show exactly what it is. Consider it, mission accomplished. A testament to just how tight The Accidentals performances have become, the band blazed through and pieced together an intricate and flawless work that features seven previously unreleased originals and three well-chosen covers that epitomize the sound of a band that continues to make headway on the national scene. Ebbing and flowing like a well-written set list from start to finish, “Live” shows off a continued evolution of a sound that is uniquely The Accidentals. Covers of Sarah Jaffe’s “Clementine,” The Pixies’ “Where is My Mind” and The Yeah Yeah Yeah’s “Gold Lion” all feel as if they were destined to be performed by the band. But it’s the originals that should get you most excited. From Larson’s funky, defiant album-opening “Sleeve” to the balladry of Buist’s “Black Diamonds,” Larson’s love-riddled “Tooth and Nail” and the sultry air of Buist’s “Trouble,” this collection exemplifies not just the maturation of songwriting but of the trio’s ever-strong musicianship. Lines such as Buist’s “Standing in the limelight of someone else’s fame,” “… fear clings to the rocks of a lifelong smoker’s cough” and “my brain is framed like Jackson Pollock painted all my thoughts” dot the landscape of an album that tackles head-on themes of growth, heartbreak, the road traveled, and anxiety and depression. Backed by the drumming of Dause with soaring viola solos by Buist and strong cello playing by Larson, it’s hard to imagine that any fan of The Accidentals won’t spin this one more than once. ~ Ryan Boldrey