After Paste Magazine showcased the band Monday in N.Y., the Traverse City trio hits the road for Leland, Kalamazoo and Fort Wayne this week with a chance for fans to get involved in their new recording. 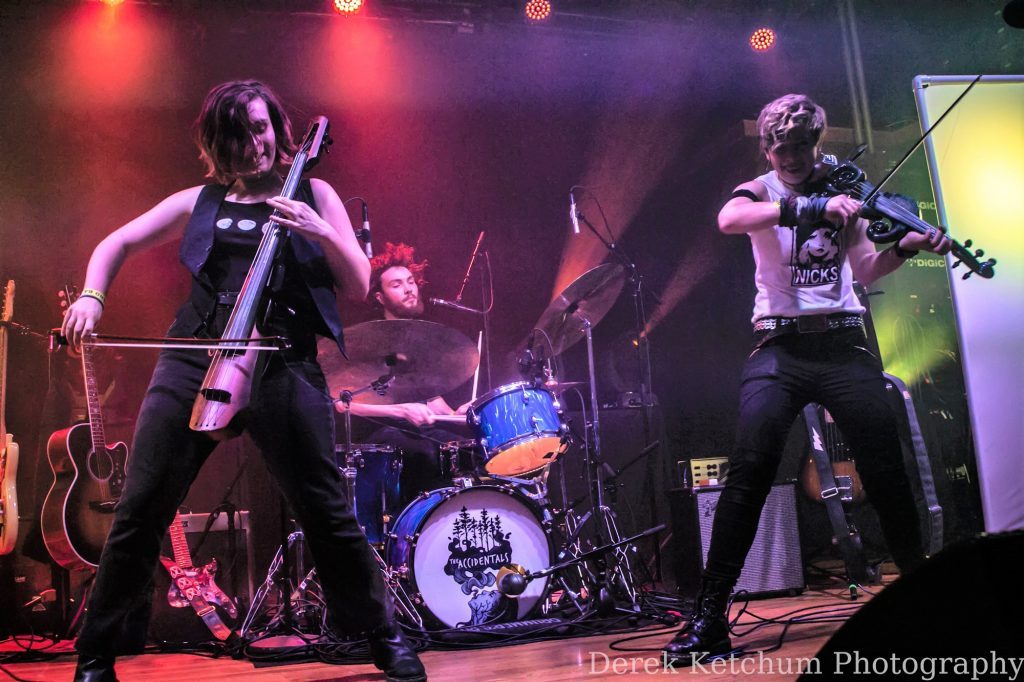 It’s no secret that The Accidentals have an uber-devoted fan base, especially in Michigan.

To further cultivate that loyalty, The Accidentals have long involved their fans in their music and made them part of the alt-folk trio’s family – through giveaways, special meet-and-greets and other engaging activities.

So it comes as little surprise that the Traverse City band would actually call on fans to help choose the tracks for its next studio album. 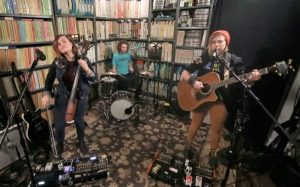 Streaming Live: The Accidentals on Monday at Paste Studio in NYC.

At three concerts this week, The Accidentals — Savannah Buist, Katie Larson and Michael Dause — will poll the audience to choose which tunes are their favorites, then compile the average scores to select the 10 songs or so that will appear on the band’s upcoming new studio album.

The shows come the same week as a Monday Paste magazine “Paste Studio NYC Live” session in New York where the band unfurled material for a new album. Scroll down to watch a video of the performance below.

The first show this week is a sold-out affair at 6:30 p.m. Thursday (March 5) at the Old Art Building in Leland.

The band closes out the weekend with a show Saturday at C2G Music Hall in Fort Wayne, Ind.

ELECTION YEAR: ‘WE FEEL THE AUDIENCE SHOULD GET A VOTE’

“We hand out a set list for the show and all the songs are in order … and we ask the audience to rate the song from 1 for favorite to 5 for least or somewhere in between,” said Buist. “Then we tally numbers for each song and put the top 10 songs on the album.”

It’s not the first time The Accidentals have leaned on fans in this way.

When the band recorded its 2017 Sony Masterworks debut album, “Odyssey,” it staged a concert at Traverse City’s Workshop Brewing Co. and had its “core base” at the show help choose the tracks that would appear on the project. 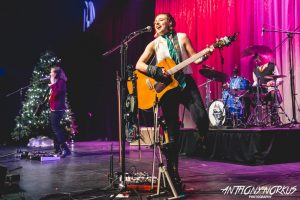 Writing “To Share and Connect”: Savannah Buist and The Accidentals. (Photo/Anthony Norkus)

As Buist put it: “We write to share and connect, so we feel like the audience should get a vote. It’s a good way for us to see what resonates with people.”

She added that this week’s preview shows attract “our core base audiences that have been with us from the very beginning, and they get who we are and what we are trying to do. We have a really intelligent music listener base, we trust them and we really like the collaborative feel of doing this with them.”

The band’s next album, titled “Vessel,” will be released in October, with a series of singles released starting in May.

Tracks for the project were recorded with producer/engineer Tucker Martine in Portland, Ore., and John Congleton in Los Angeles, Calif., with additional songs recorded in Grand Rapids, Nashville and Goshen, Ind.

“Those are all in discussion about which ones stay and which ones get released,” said Buist, noting that the theme of the new album is “perspective. Having a different perspective can change everything about a given situation.”

Among songs being considered for the new album are those co-written with Maia Sharp, who’s collaborated with the likes of Bonnie Raitt, Cher, Edwin McCain and The Dixie Chicks.

Later this month, The Accidentals return to Austin, Texas, for the mammoth South By Southwest music conference and festival.