This quartet brings a Pacific Coast and Spaghetti Western vibe to its music, channeling Dick Dale, Link Wray and Agent 007 along the way. Get the back story, listen to their music at Local Spins. 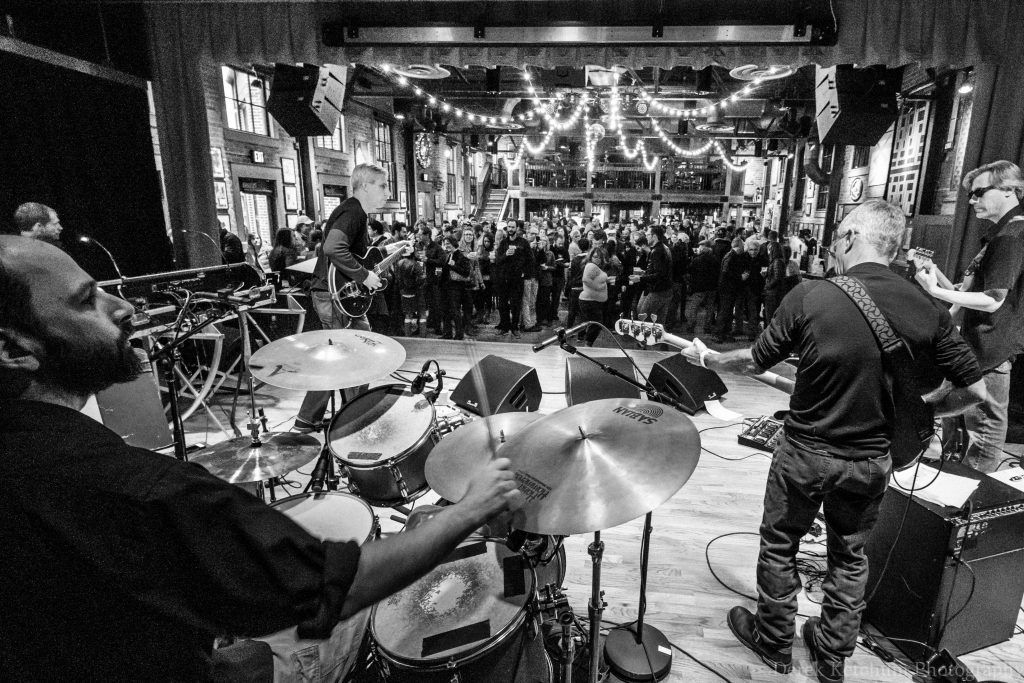 Returning to Bell’s: Guitar UP! host an album-release show this week. (Photo/Derek Ketchum)

THE BAND: Guitar UP!
THE MUSIC: Surf music with a spaghetti Western feel
WHERE YOU CAN SEE THE BAND: 8 p.m. Friday (June 21) at Bell’s Eccentric Café in Kalamazoo (CD-release show with special guests Madeira and The Troubadours); 10:30 p.m. Saturday (June 22) as part of the 8th anniversary “Surf Spectacular” celebration at Tip Top Deluxe Bar & Grill in Grand Rapids (with The Concussions and other bands); Aug. 9 for Rollin’ on the River in downtown Allegan

SCROLL DOWN TO LISTEN TO SONGS FROM THE NEW ALBUM

When Guitar UP! guitarist Shawn Gavan first began taking guitar lessons at age 13, he had a teacher who was, as his brother Jay puts it, “really into surf music.”

So, as the story goes, Shawn would come home and practice, and 11-year-old Jay would learn from him. Before long, Jay recounts, the two were playing The Ventures’ “Walk Don’t Run” in their parents’ Allegan basement. 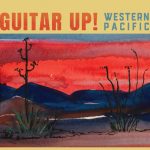 “After 30 years of getting together and jamming on that kind of stuff, we finally, like seven or eight years ago, decided to put together a surf band,” Jay told Local Spins recently, while sitting outside Kal-Tone Musical Instruments, a guitar store that focuses on repair and building custom instruments that he co-owns with Ry Charter.

“When we first began playing out, we were doing all covers, The Ventures, Link Wray, the classic surf repertoire, the we started writing our own stuff,” he said.

The band, which features the two brothers trading guitar licks, along with bassist Mark Duval and drummer Bryan Heany holding down the rhythm, put out an EP, “Liquid Sunshine” in 2017, and will be releasing its first full-length “Western Pacific” this Friday, and celebrating with a release show at Bell’s Eccentric Café in Kalamazoo that night.

MICHIGAN MUSIC ROOTED IN THE WEST

The sound on the new album is definitely surf, but being Midwesterners who came up playing in basements and have been in their share of rock, roots and jazz bands, there’s a little bit of a different feel that pulls it all together.

“We are definitely a Michigan band, but the music sounds like it is a little bit rooted in the west, it’s got that sort of spaghetti Western feel, a little bit James Bond spy thriller at times,” said Jay.

There’s the meetup of Cowboy Western and Asian motif that was intentionally portrayed on the title track, which is about the Transcontinental Railroad — the Asian motif due to the workers on the line. Pointing to that song in particular, Jay says, “it’s all instrumental music so you can’t tell a story the same way that you could with lyrics, but some of them do tell stories anyway.”

Featuring the flamenco sounds of “Turf Rider,” the Michigan-themed “Strait to Mackinac” and “Mystery Spot” and songs like “Gold Bond,” which have the aforementioned spy thriller feel inspired by 007, Guitar UP! covers the gamut of surf stylings. 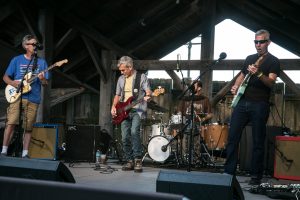 Telling Stories Through Instrumentals: Guitar UP! on stage. (Photo/Derek Ketchum)

The band’s first single, “Dead Man’s Float” is more of a classic straight-forward surf tune, and then there’s “El Camino Ride,” which has more of a Link Wray vibe and gives the listener the feel that they are hitting the road.

The band has a handful of gigs on the horizon, including a second one this weekend at Tip Top Deluxe Bar & Grill in Grand Rapids, as well as a July showing at the Battle Creek car show and August appearances at the Allegan Rollin’ On the River Concert Series and at Old Dog Tavern.

Although the band isn’t the primary musical commitment for any of its members, that hasn’t prevented them from writing up a storm.

According to Jay, Guitar UP! has another half dozen songs recorded and ready to go, and will either put out a follow-up EP soon, or another LP, somewhere over the next break.

‘PERFECT FOR THE OUTRO’ OF A FILM

Jay, a former Red Sea Pedestrian, keeps busy in The Birdseed Salesman, The Corn Fed Girls, Zed Zeppelin and The Susie Parr Trio when he isn’t painting or building guitars. Healy, meanwhile, who also plays in Zed Zeppelin along with other bands, has his own sound engineering business. 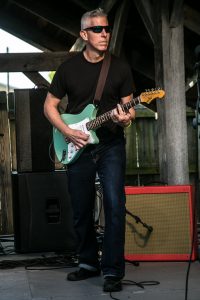 “Maybe our biggest hope is the songs we recorded, the way they were recorded and the way they are played, maybe it will get picked up as a film score or someone might hear it and think, ‘This is perfect for the outro of that film we just made.’”

The group recorded this past record at Heany’s home studio and had it mixed and mastered at La Luna Recording & Sound by Ian Gorman. Physical copies will be available at the Bell’s show, and downloads will be available via CD Baby, Bandcamp and other streaming services.

Opening Friday’s show will be Indianapolis surf acts Madeira and The Troubadours. Tickets are $10; get more information at bellsbeer.com. All three bands also play Tip Top Deluxe’s eighth anniversary bash on Saturday; details about that show available on the Tip Top’s Facebook page.)