Led by guitar hero Brian Setzer, the rockabilly trio fired up new and old classics with gusto for a sold-out crowd Thursday at Meijer Gardens. The Local Spins review and photo gallery. 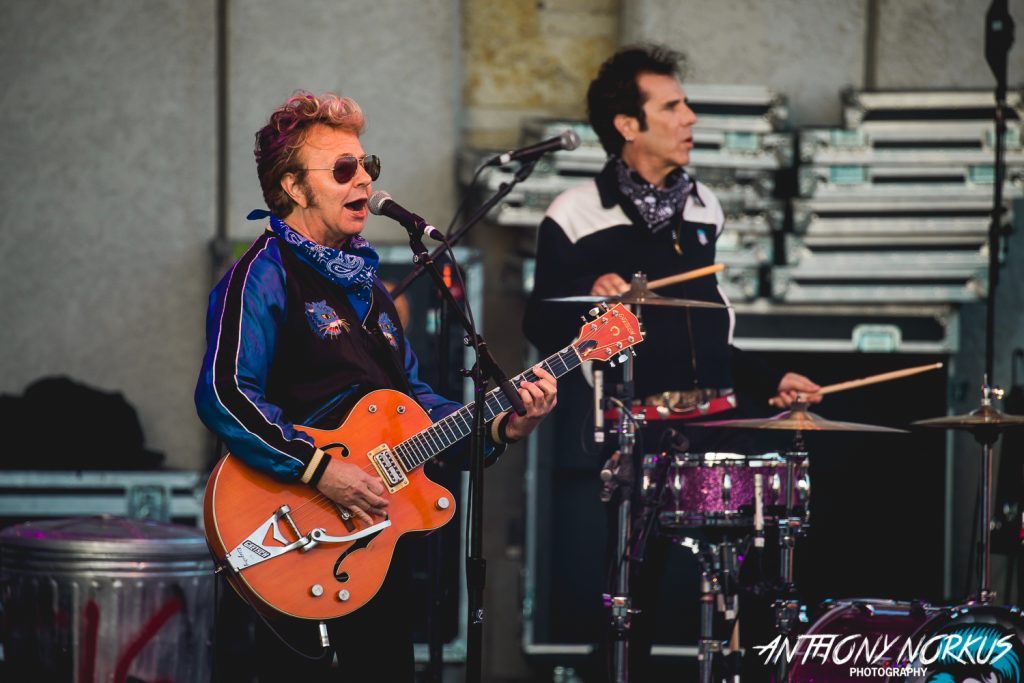 In the burgeoning era of MTV in the early 1980s, the Stray Cats were a true sensation.

Not only did their striking, leather-clad looks and throwback rockabilly strains stand out from the music scene pack, but the band’s unbridled energy fueled an almost-immediate, diehard following, buoyed by hit singles such as “Rock This Town” and “Stray Cat Strut.”

And while MTV is now a mere shadow of its former self, the reunited Stray Cats are still kicking, scratching, clawing and pouncing – proving Thursday at a sold-out Frederik Meijer Gardens & Sculpture Park that there’s still plenty of room in the musical landscape for raucous, rockabilly “cat style.” 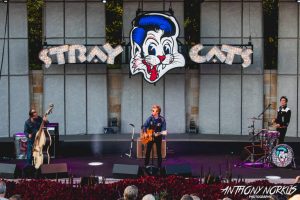 40th Anniversary Tour: The band made its only Michigan stop Thursday. (Photo/Anthony Norkus)

“Ready for a little rockabilly? Let’s do it,” guitarist Brian Setzer roared early on and then proceeded to dole out a whole lot of rockabilly with grinning gusto.

Indeed, Setzer, bassist Lee Rocker and drummer Slim Jim Phantom didn’t seem to have aged one iota since those glory years, scampering about the sprawling amphitheater stage with the gusto of those 20-somethings who made a splash decades ago.

After a brief opening set by British R&B singer-guitarist James Hunter (performing as a duo with a standup bassist), The Stray Cats launched the only Michigan stop on the band’s 40th anniversary summer tour with something new, “Cat Fight (Over a Dog Like Me),” before rattling off rockabilly classics such as “Runaway Boys,” Gene Vincent’s “Double Talkin’ Baby” and, yes, “Stray Cat Strut” to really rev up a crowd filled with black T-shirted retro-rock fans on a splendid summer evening.

But it was “Gene and Eddie,” the 1989 tribute to the legendary Gene Vincent and Eddie Cochran, that stood out as one of the evening’s highlights, with Setzer – after doffing his jacket to show off his tattoos – skipping from one end of the stage to the other, Rocker slapping, then picking up his bass and playing like it WASN’T a standup bass, and Phantom pounding furiously on his kit with reckless abandon for a howling good display.

Of course, Setzer at 60 proved to be as masterful on his guitar as ever – a consummate musician uncorking brilliant tones and lightning-fast solos on everything from “Double Talkin’ Baby,” “(She’s) Sexy + 17,” “Fishnet Stockings” and more.

He even proved his surf-rock mettle with a sizzling rendition of Dick Dale’s “Misirlou” to the delight of every guitar geek in the house. 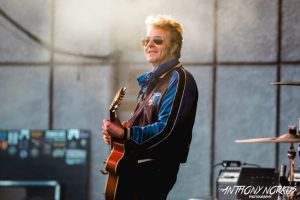 “That’s the way it’s supposed to sound, right?” a smiling Setzer proclaimed at one point, and there was no denying the answer was a resounding, “Yes.”

And while the evening ended with a fan-pumping, scream-and-shout, standing-O flourish with 1980s-era hits “Rock This Town” (the final song in the main set) and “Built for Speed” and “Rumble in Brighton” (closing out the encore), this was more than a night of mere nostalgia.

It was a worthy celebration of a genre that deserves to sell out amphitheaters, and deserves to be preserved and cheered.

And anyway, jamming 22 songs into a 1-hour-and-23-minute show does rock and rockabilly proud. 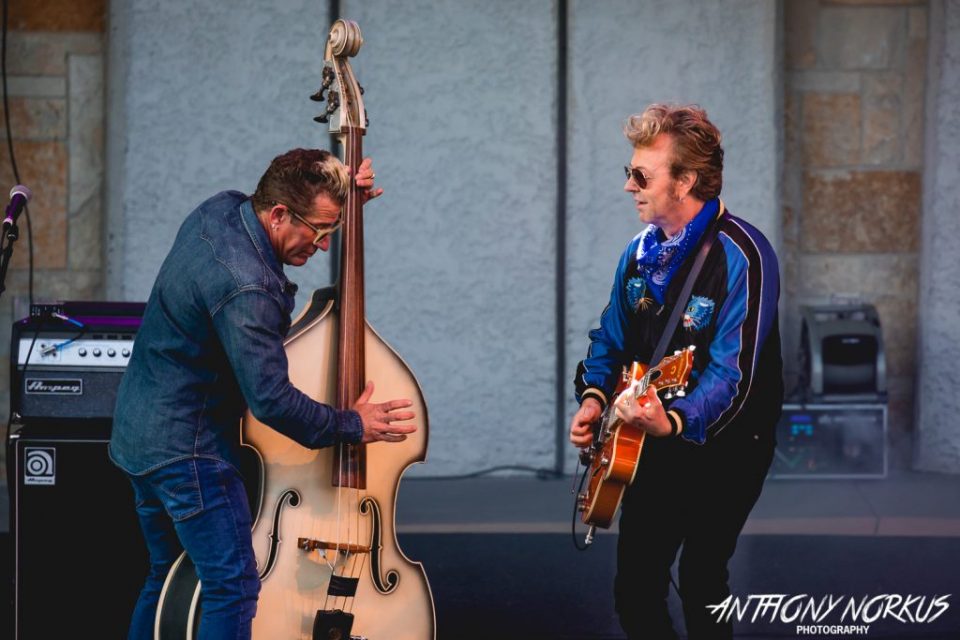 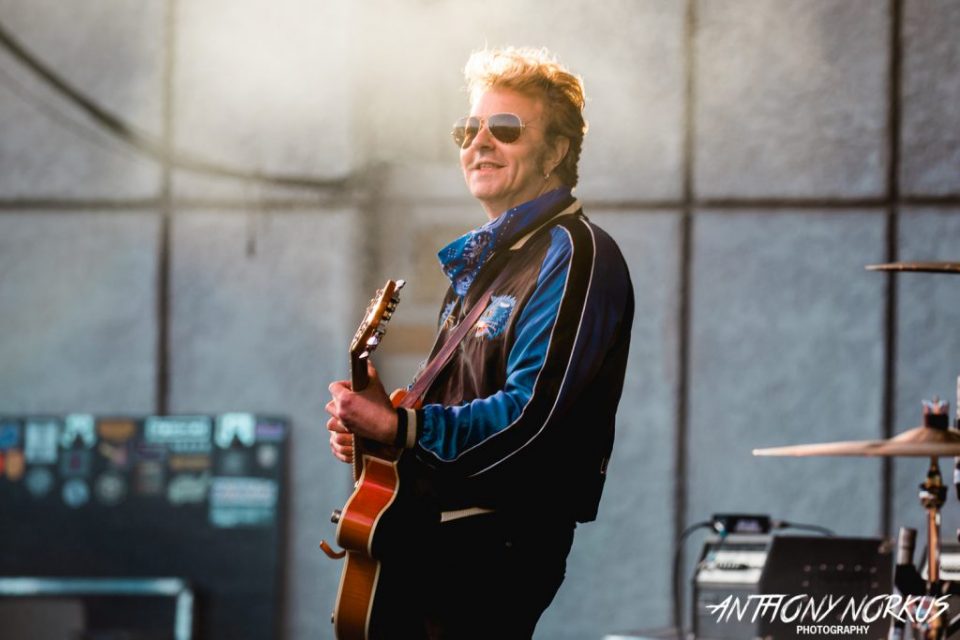 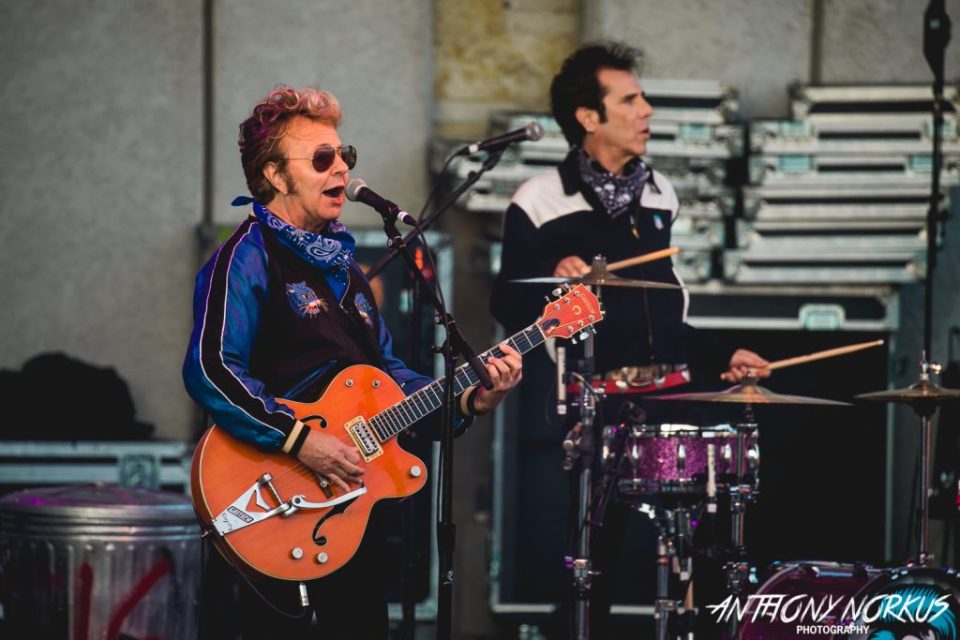 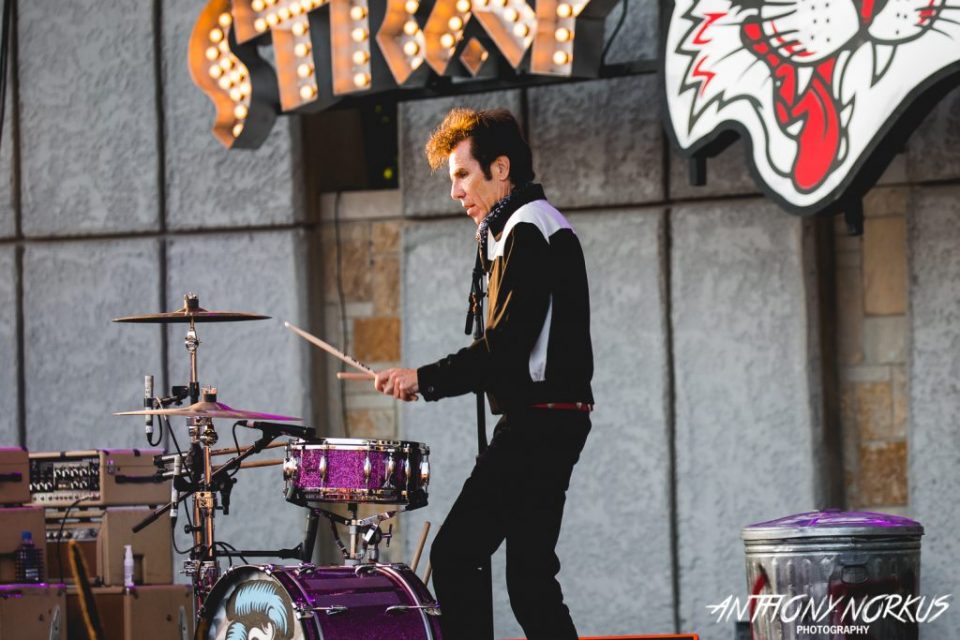 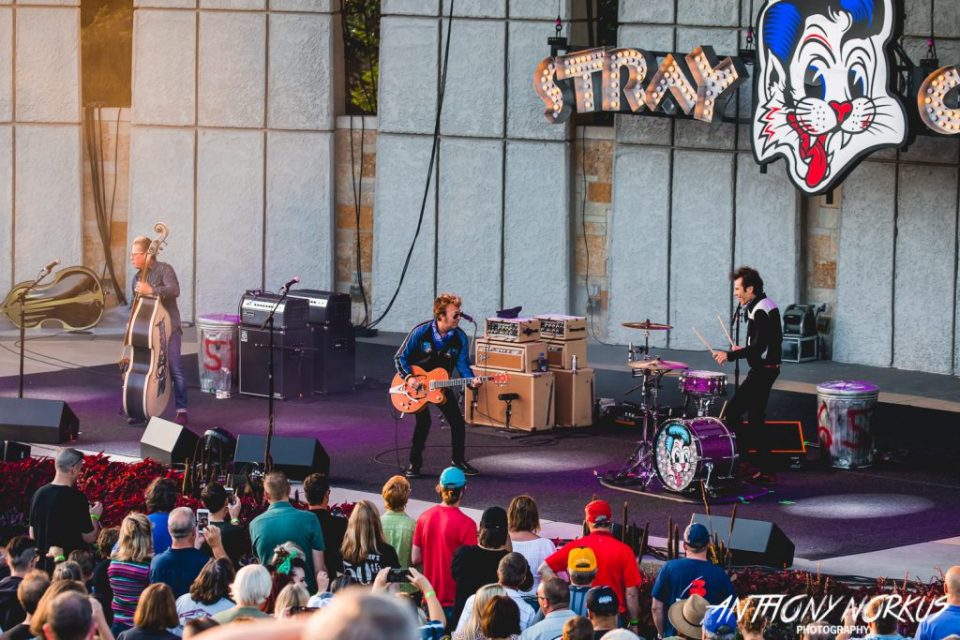 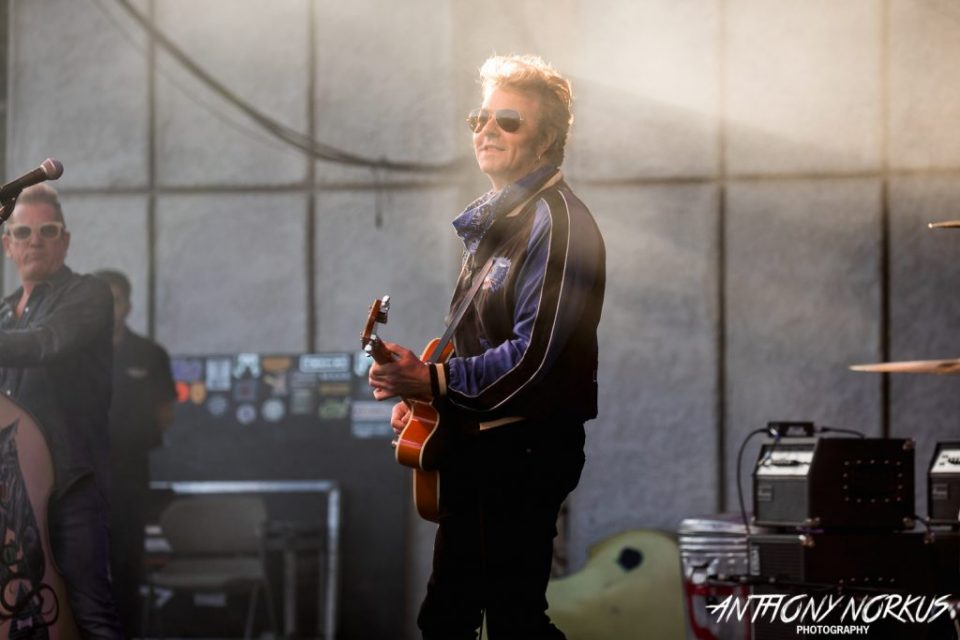 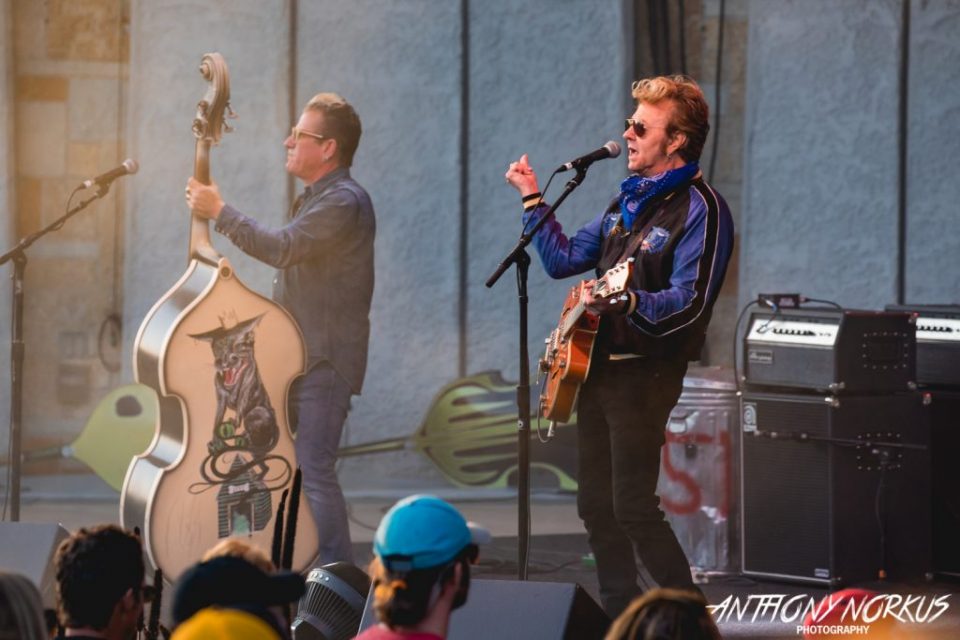 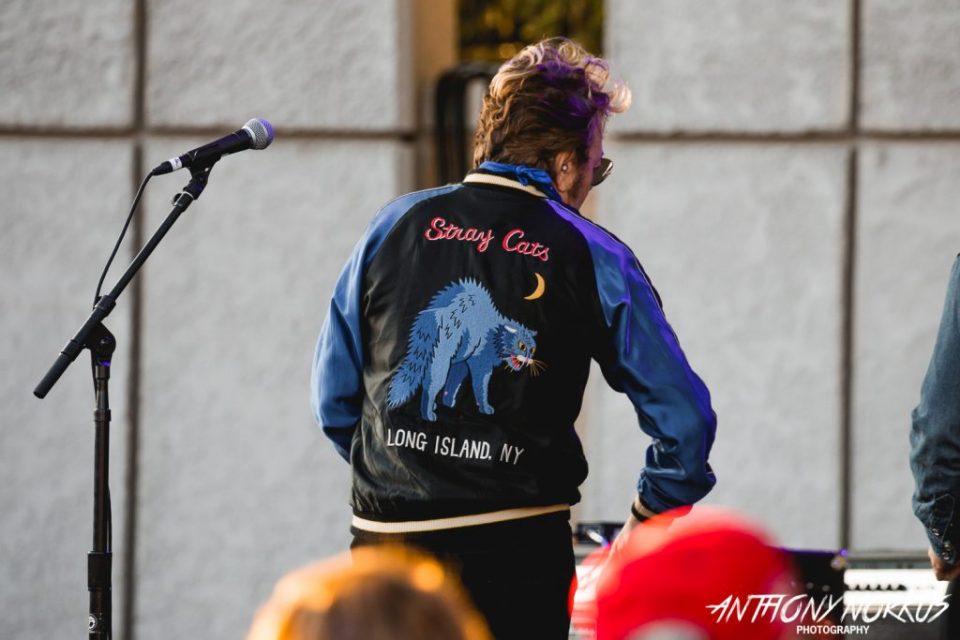 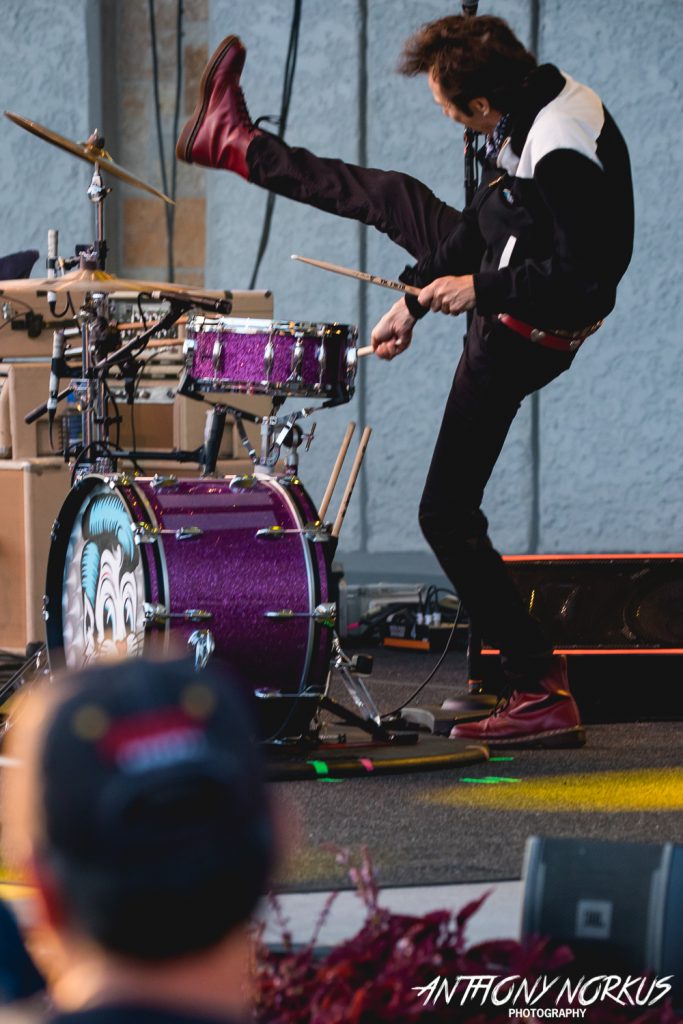 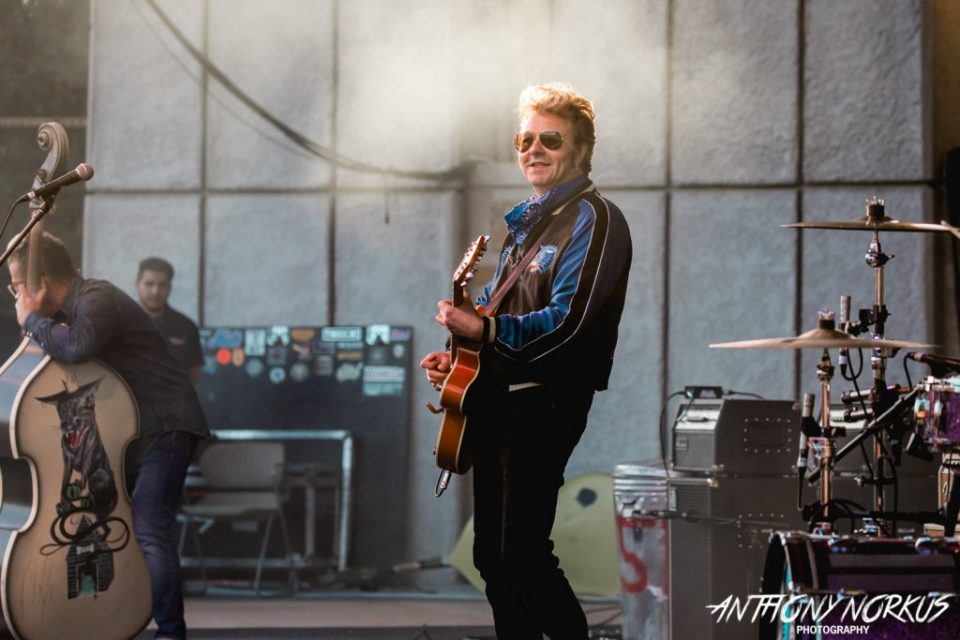 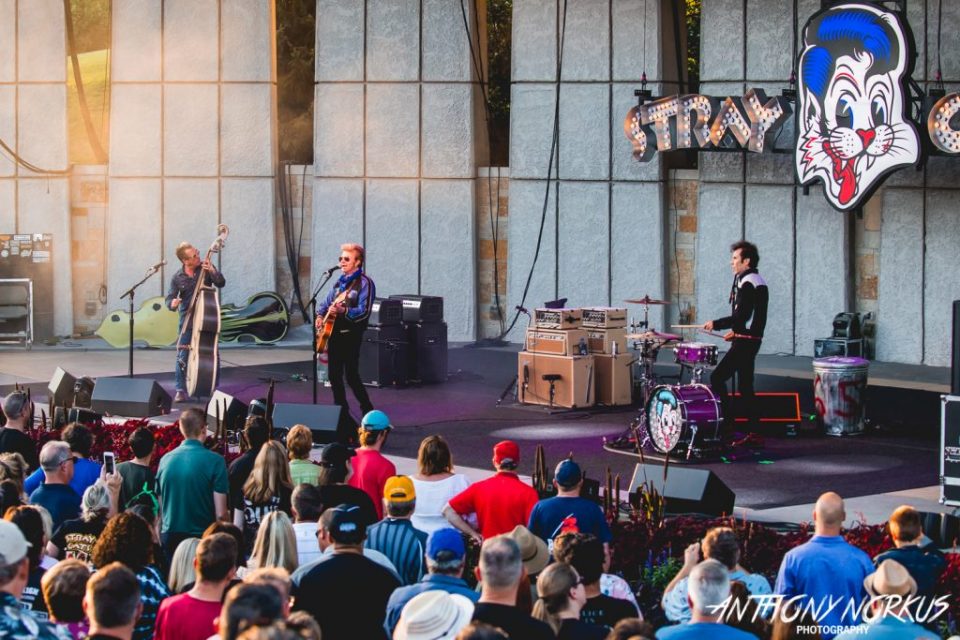 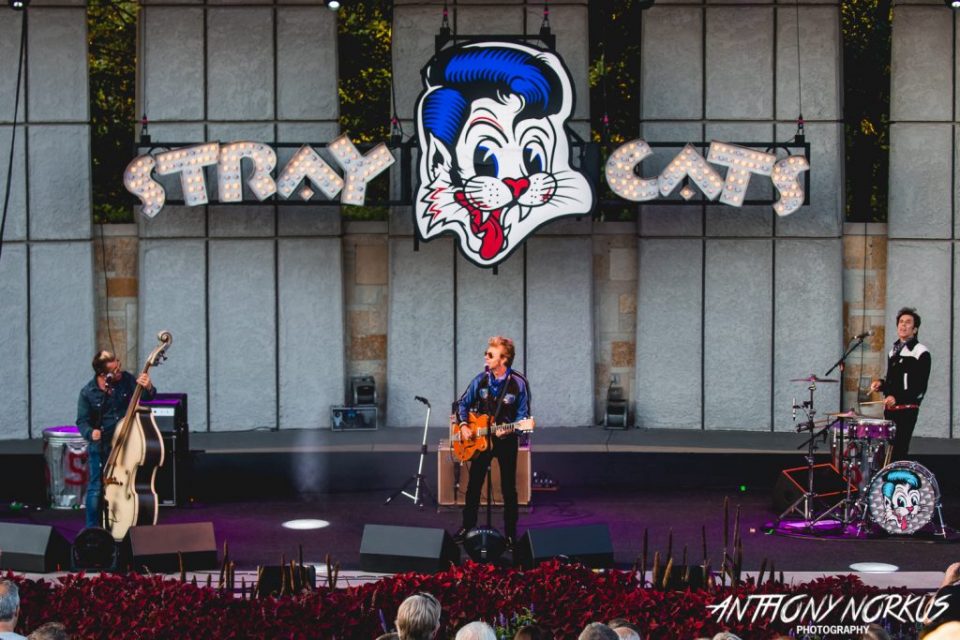 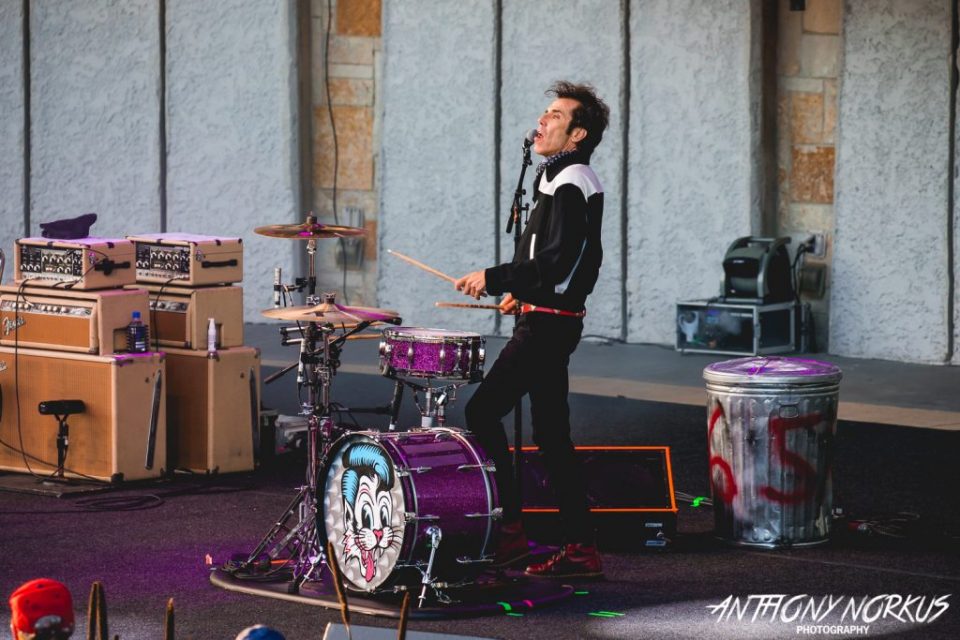 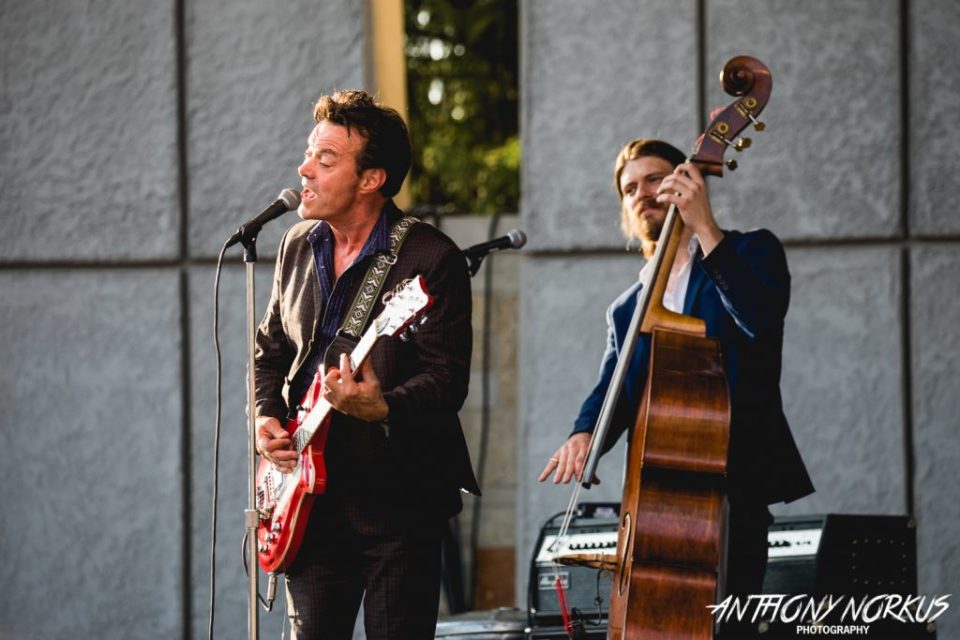 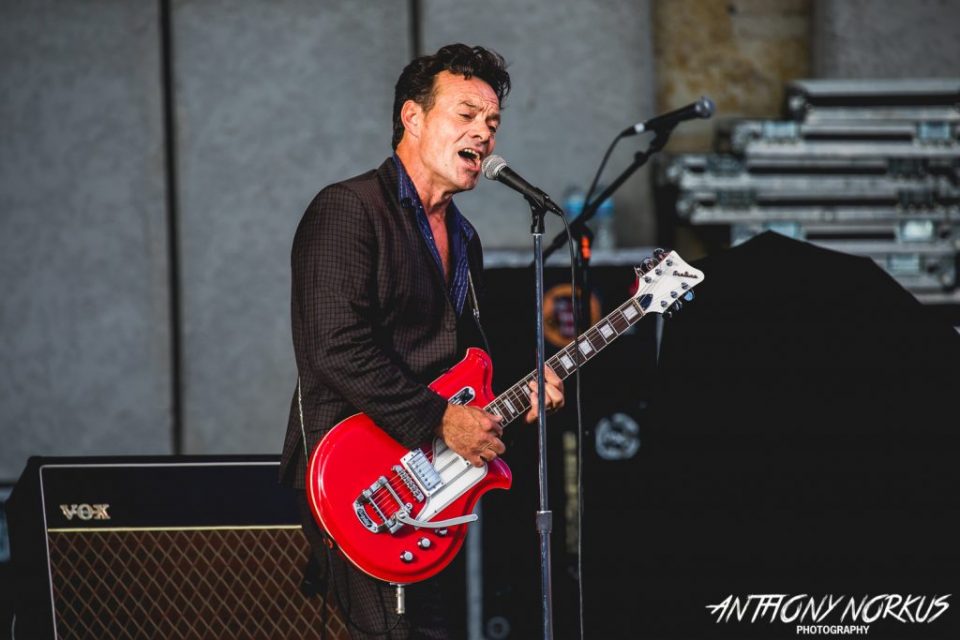 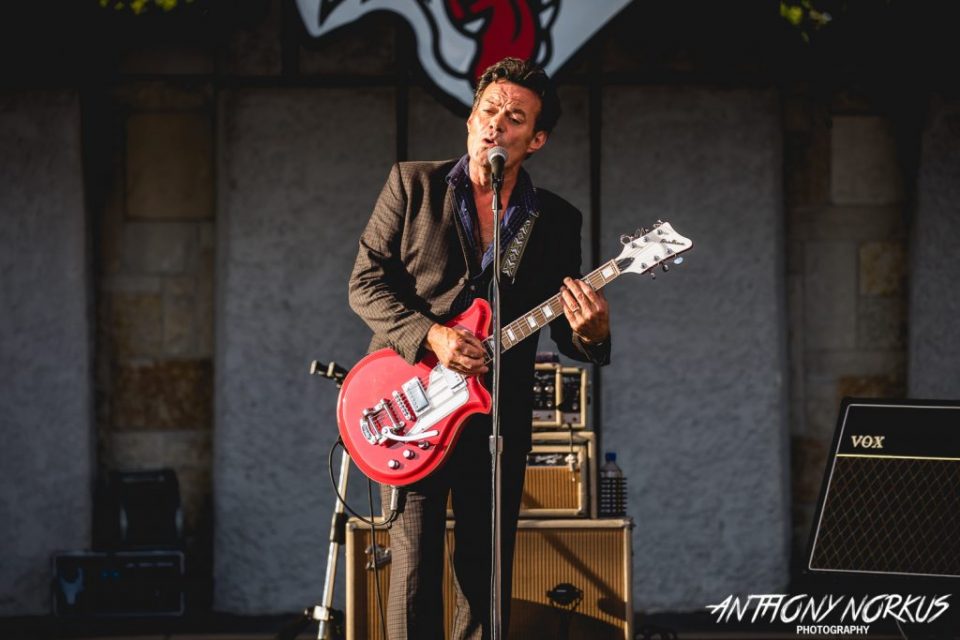 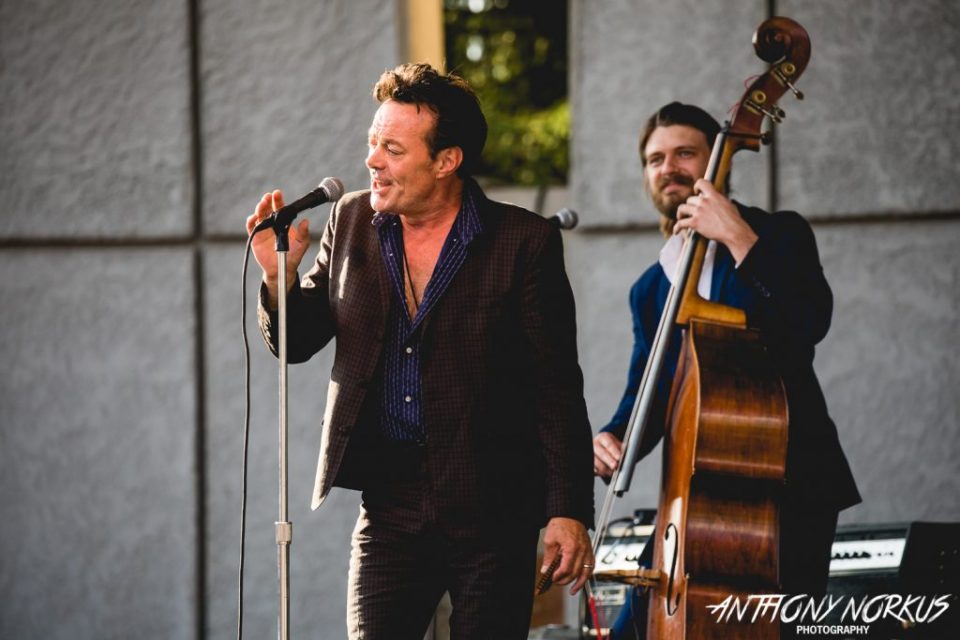 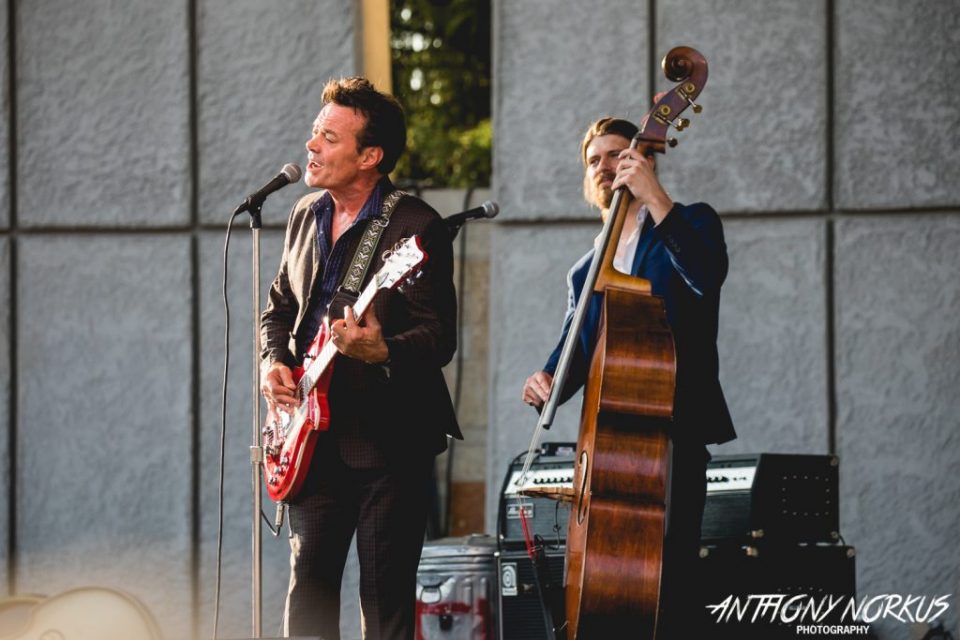