Recalling his own youthful experience, guitarist-singer Steve Hilger started a jazz jam night for young players, giving them a chance to sit in with pros. It rolls on again Thursday at Noto’s. 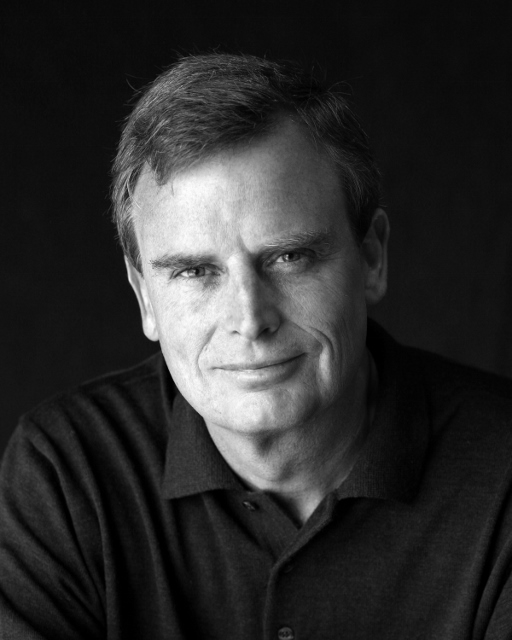 Lifelong Avocation: Jazz musician Steve Hilger found his own inspiration as a student by watching Count Basie and Doc Severinsen up close.

A little inspiration can last a lifetime.

We all have had people in our lives who have moved us or inspired us in some way. For me, one of the many influences on my life was my music teacher in high school. We lived just outside of New York City in Mountain Lakes, N.J., at the time and she was a trombone player who played many gigs in the city.

Because of that connection, she personally knew many of the jazz greats. As a result, she was able to bring some of those jazz icons to our high school to give clinics and performances. I remember three in particular: the great Count Basie, trumpeter Doc Severinsen and trombonist Bill Watrous.

I was a budding trumpet player, influenced by the jazz of Miles Davis’ “Kind of Blue” LP and my parents’ Louis Armstrong records.

So, it was quite something to have Count Basie – a legendary jazz pianist and bandleader – sit on the director’s chair and conduct our high school stage band. He was a very kind and gentle man. In the evening, he and his band put on a show for the entire school. Naturally, it was well-attended.

I was able to stand backstage, as close to him as I am to the keyboard players in my bands today. Besides being a true piano jazz virtuoso, I noticed and have never forgotten that he smiled throughout the entire performance. He was truly enjoying himself.

Meanwhile, the Doc Severinsen concert had no amplifiers, yet was louder than any rock band I had ever heard. And, of course, Doc showed up in his multi-colored outfits. 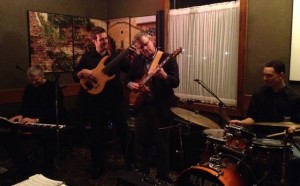 Those experiences left a lasting impression. I remember them as clearly as if they had occurred yesterday. Those concerts inspired me to continue pursuing music in my off hours while working as lawyer during the day. It’s not work when you love what you are doing, and I love both practicing law and music.

How do you keep that kind of inspiration going? The way to do it is to pass on to young people what you know.

That is what a group of us are trying to do this year by spotlighting young students of jazz at GRandJazzFest.

GRandJazzFest takes place August 17-18 at Rosa Parks Circle in downtown Grand Rapids. The leader, promoter and tireless driving force behind the free-admission festival, Audrey Sundstrom, wants student musicians to be a part of the program. We are trying to make that happen.

Students are welcome to Noto’s Old World Italian Dining at 6600 28th St. SE every other Thursday to sit in with my TrioJazz band – usually me on guitar, Steve Talaga on piano and Evan Hyde on drums – to show off their stuff. The performances serve as “auditions” so that we can select the area’s top young musicians to take part in a special performance that will be part of the GRandJazzFest lineup.

We’re hoping that with an ounce of inspiration – and the creation of some memories for contemporary jazz students – this will be a rewarding experience for them. Please encourage any jazz students you know, and their families and friends, to join us at Noto’s every other Thursday.

Already, the results have been encouraging. Some students have come without much experience playing in a small ensemble – a completely different environment. Playing in a small ensemble really forces you to listen to what is going on around you. It’s fun to see the lights go on with some of these students, who walk out of these sessions as better players than they were when they walked in. It is also fun to watch the confidence grow, and I’ve been impressed by the skills some of these students already possess.

The next Noto’s TrioJazz auditions take place at 7 p.m. Thursday, giving more young musicians an opportunity to possibly shine on a bigger stage this summer. Perhaps that will create memorable inspirations which they can pass on to future generations. Hope to see you there. 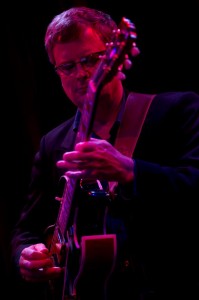 About Steve Hilger: A lawyer with Hilger Hammond by day and a guitarist-singer with several different Grand Rapids area groups by night, Steve Hilger is a familiar face on Grand Rapids’ blues and jazz scene. He balances the display of his legal expertise – handling complex commercial litigation with an emphasis on construction law – with a passion for performing, singing and songwriting, leading three different bands: The Steve Hilger Band, a progressive blues outfit; TrioJazz, a guitar, keys and drums power trio; and The Steve Hilger Jazz Quintet. Get more information about Hilger and his music at hilgerband.com. And catch him live over the next two months at the following places: