The West Michigan native who moved back home two years ago has scored nationwide success for the second time in five years, with proceeds going to a good cause. Get the back story; listen to the single. 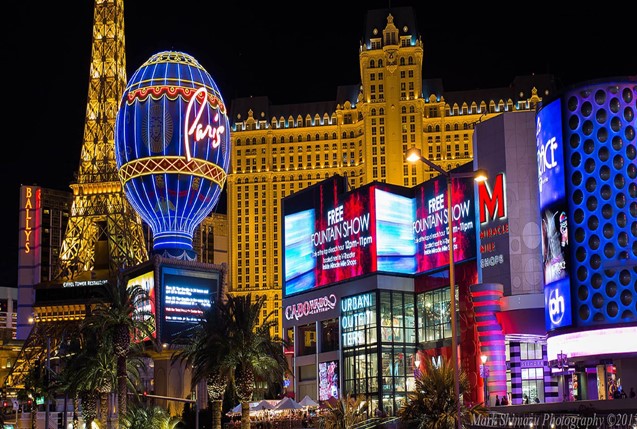 City Lights: Despite being created in Grand Haven, Jeff Lionheart’s new single has a big-city vibe.

After his single, “Without You,” climbed the Billboard Adult Contemporary and New Music Weekly’s Top 40 Radio charts in 2015, Grand Haven singer Jeff Lionheart took a long breather from the bustle of the music industry. 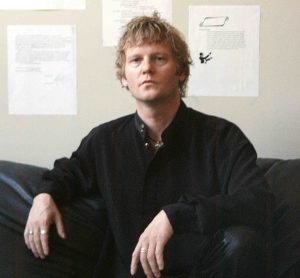 Despite the title, the song has roots in Lionheart’s quiet home in West Michigan, where he was born and raised — attending Lake Hills Elementary School in Spring Lake and Rosey Mound School in Grand Haven, as well as Northwestern Michigan College in Traverse City.

Scenes from the single’s upcoming music video will show portions of his life amid hectic Chicago and glowing Las Vegas, but Grand Haven is also nestled among the list of prominent cities. That choice was intentional: It’s part of Lionheart’s life story.

After the success of “Without You,” which featured the Grand Rapids Symphony, and two decades of performing and traveling, Lionheart moved back to Grand Haven from Las Vegas in 2018. (Scroll down to watch the video for “Without You.”)

“I was in Vegas for about seven years and I was in Chicago for a year, and I was in Florida for three or four years. I’ve just been traveling around playing music for years,” Lionheart said.

“And then I got hit with some bad news. Both of my parents came down with cancer. I had been doing this for years and just kind of getting burnt out and tired because I’ve been doing it since I was in high school, and I thought it was time to come home. I felt something pulling me back home.”

And then he was asked to work on what would become “City Lights.”

“Honestly, I didn’t know if I had it in me anymore,” Lionheart said. “It had just been a while and I was wrapped up in other things. But the song has such a vibe to it, and it was so inspiring and when I heard it, it just hit me. It blew me away and I started getting ideas and I started recording.”

Those vibes — racing rock progressions and driving lyrics — reflected an uplifting quality that Lionheart hoped would inspire listeners during a time in the world when people feel helpless and lost. The musicians all recorded their tracks in one take to capture their initial, raw emotions.

AN UPBEAT SONG WITH A MISSION

“It’s upbeat, it’s uplifting, it’s positive,” Lionheart said. “It’s a good time to release music with some kind of positive messages out there because when you turn on the news, everywhere you look there’s just so much negativity going on in the world. So I thought I’d rather contribute to something that’s going to counter that.”

Led by producer Mike Rogers (who most famously has worked with Deee-Lite and They Might Be Giants, among others), the song was largely assembled remotely amid the COVID-19 quarantine.

“It was strange because in the past, I’ve always been directly hands-on,” Lionheart said. “We always went into the place together, we rehearsed together, we did things together. But with the way technology is now, this really was the most exciting and fascinating thing I’ve ever been a part of.” 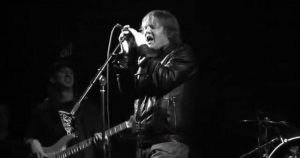 On Stage: Lionheart traveled the country before returning to Grand Haven. (Courtesy Photo)

“You could see it go together like building blocks. Every time you could hear someone lay a new track down, it got greater energy and got a greater vibe and jumped to a higher level and fed everybody on.”

Building on the song’s positive theme, Lionheart has another goal for the track: He’s donating his half of the single’s profits to Refuge for Women and Feeding America, which battle human trafficking and promote food security respectively.

Lionheart — who released his first album, “Music or Death,” in 2010 — said Michigan’s “Midwest nice” represents a contrast to the time he spent in big cities.

“People out [West] are not like people in the Midwest,” Lionheart said. “There’s some really horrible people out there, and I’m not saying everybody in Vegas is horrible, because I’ve met some really great people, too. But I got to see the really, really ugly side of humanity, and I never realized people could be that way because around here, we certainly don’t have people like that.”

During his stint in Las Vegas, Lionheart “had the displeasure of witnessing firsthand the effects of this human trafficking stuff has on young women. It just destroys their lives and it’s really horrible. And that really upsets me because I think that could be my daughter or my sister or my girlfriend.”

To support victims and raise awareness, he began working with pastors he knew to direct his good will toward the Refuge for Women organization.

Lionheart (who adopted the Lionheart moniker from the name of his former band and who asked that his real last name not be used) hopes the song finds a growing audience to help boost donations and raise awareness of the cause.

He said his music has always been about passion and selflessness, and “City Lights” has rekindled the musical fire in his belly.

“I don’t really do this for the money, I do it more for the love of music,” Lionheart said. “I consider it a gift I was given and I want to do it for a purpose.”

VIDEO: Jeff Lionheart, “Without You”