Saturday’s unprecedented anniversary concert will pay tribute to a decade’s worth of international stars who’ve played the venue. 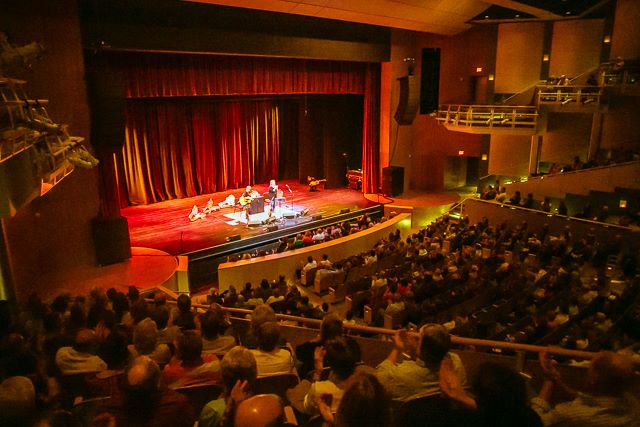 Ten Years of Concerts: The Forest Hills FAC stage will light up with a special show on Saturday.

Editor’s Note: With the Forest Hills Fine Arts Center commemorating a decade of shows this weekend, Local Spins asked a Forest Hills student and Local Spins contributor – Central High School senior Alec Juarez – to write about the special anniversary celebration. Here is his report. Juarez, 18, the son of Al and Shawn Juarez, plans to attend Kalamazoo College to study English in the fall. 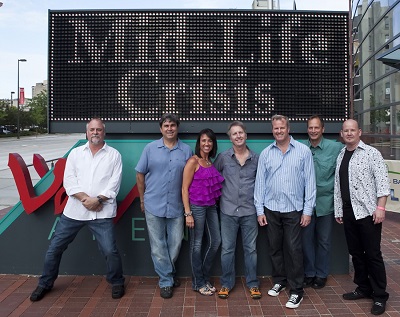 The 90-minute, non-stop show will feature the Grand Rapids classic rock band MLC playing original tunes along with a hefty catalog of songs from big-name artists that have played the FHFAC over the past 10 years, including Styx, Blondie, Bruce Hornsby and Three Dog Night.

That set list will also include songs by stars ranging from The Beatles to Queen to Billy Joel, and an encore number that Bloom insists will be a true work of art in itself.

But the show which begins at 7:30 p.m. Saturday isn’t just about classic rock superstars: Things will also take a “School of Rock” turn when MLC is joined on stage by more than 70 Forest Hills high school students playing horns, strings, singing in a choir and accompanying songs with interpretive dance.

“We’ve been playing these MLC original tracks for a few years now,” Bloom said. “So it’ll be really cool to see these songs come alive onstage with the student musicians. They’re used to playing in recitals and classic high school concerts, and now they’ll get to be in more of a rock show.”

The special anniversary celebration emerged from a series of meetings between Bloom, FHFAC manager Meggan George and a number of music and theater directors from all three Forest Hills high schools.

A SPECTACLE UNLIKE ANYTHING EVER SEEN BEFORE AT FHFAC

Bloom attested that the idea for the show started out small, but the planners worried it might get boring. That, in turn, gave birth to the idea of making the show a spectacle unlike anything ever seen before at the FHFAC, with an unusual stage set-up, light show and video projection. 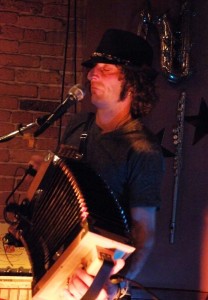 To that end, the number of Grand Rapids community members contributing to the show is gargantuan, and audience members are likely to recognize the names of many of those involved: John Gonzalez of The Grand Rapids Press and MLive.com will emcee the show, with other well-known West Michigan musicians taking the stage, including singer-songwriter and guitarist Phil Biggs (who will debut a new song that night), Troll for Trout drummer Brian Morrill and harmonica/accordion player David Molinari.

The event shapes up to be the ultimate showcase of what the FHFAC originally set out to achieve when it was built 10 years ago, Meggan George told Local Spins.

During that time period, the 1,200-seat venue hailed for its acoustics has hosted a bevy of internationally renowned performers, including The B-52s, Los Lobos, Bobby McFerrin, LeAnn Rimes and others. This past season alone, concerts presented by the FHFAC included Lyle Lovett and John Hiatt, Air Supply, Mary Chapin Carpenter and Shawn Colvin.

ARTWORK ON DISPLAY AND A SHOW TO LEAVE FOLKS ‘WANTING MORE’

In the lobby before and after Saturday’s show, attendees will have the opportunity to view the artwork of more than Forest Hills Public Schools students as a part of Forest Hills’ annual K-12 Student Exhibit. Also, the Community on Canvas Project with artwork by community leaders and local artists will be unveiled, with a post show cake-and-coffee reception.

“The anniversary show is really a collaboration between students, staff and the community, which is what started this project back in 1999,” George said. “The Center was part of an initiative by Forest Hills Public Schools… to have a state-of-the-art facility for performance and visual arts.”

The celebration, she insisted, will be “a multi-faceted, cross-disciplinary event that I think will leave everyone wanting more.”

For more information about the event sponsored by the Daniel and Pamella DeVos Foundation, visit the FHFAC website.