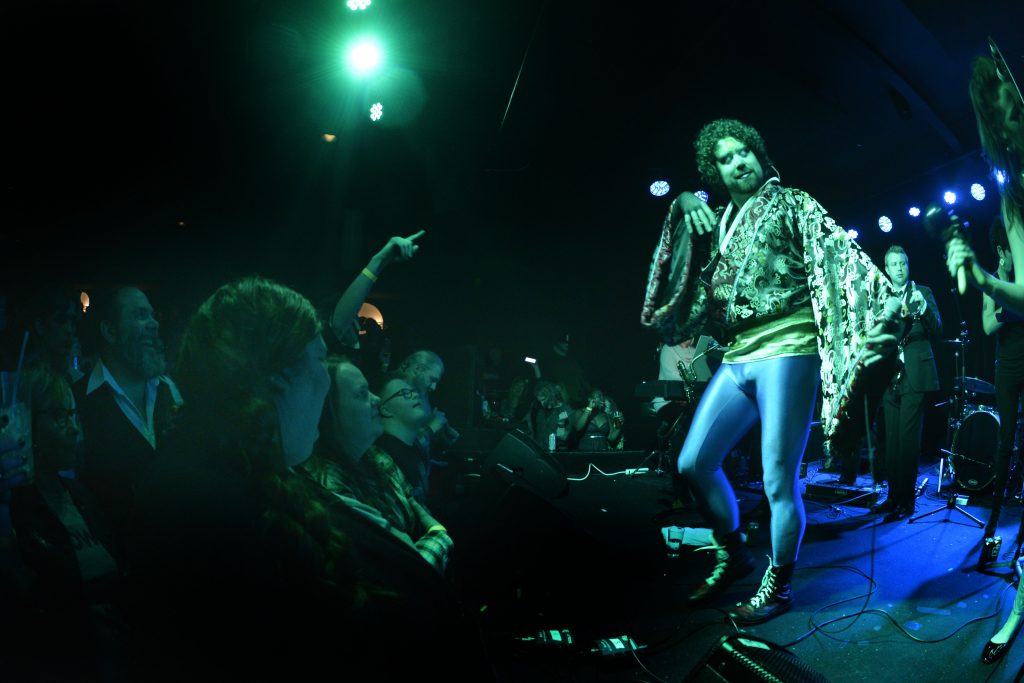 Bowie at the Bazaar: Brother Wolf & The Wolfpack from Mars will perform during the Rumsey Street Bazaar. (Photo/Katy Batdorff) 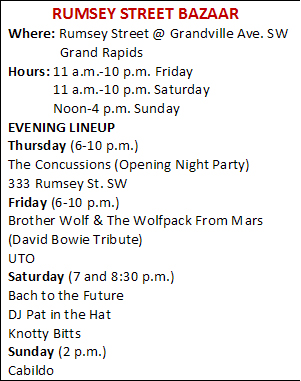 The Rumsey Street Bazaar is yet another summer event hosted by the city’s art community, this time to raise funds for the symphony and its music education programs.

“We’re inviting the neighborhood to engage in the party,” said organizer Liz Schultz.

The three-day event – plus an opening night party – is a combination of unique wares and art, some of which will be sold, and musical experiments, which will include performances by local musicians.

Usual festival offerings such as exotic foods and family activities also will be plentiful at the outdoor bazaar being held in the neighborhood of Rumsey Street at Grandville Avenue SW in the Roosevelt Park neighborhood. Vintage clothes and jewelry will be available, with craft beer also on hand. All daytime activities are free, with admission fees charged for evening shows.

“At night, we turn into a different animal,” said Schultz.

On Friday night, Benjamin Hunter, AKA “Brother Wolf,” and the Wolfpack from Mars will unleash a David Bowie tribute to kick off the bazaar’s live music. The very best of Bowie’s music can be expected from the 11-member ensemble featuring an all-star cast of Grand Rapids musicians who will be accompanied by violinist Leanne King from the Grand Rapids Symphony. 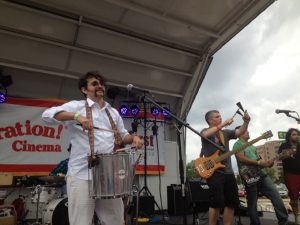 Opening for the Wolfpack is progressive-rock band UTO, a three-piece “sci-fi-delic” group now based in Grand Rapids. Bowie face-painting will be provided by Girls Rock Grand Rapids. Tickets for the David Bowie tribute band are $15. (Advance tickets are $10 and available online here.)

The bazaar also will feature street entertainment, and small ensembles from the Grand Rapids Symphony will perform during the day at St. Joseph the Worker Church, free of charge.

“We want to help the symphony engage with the community,” said Schultz.

On Saturday night, “Back to the Future” boasts a runway show featuring wearable art and redesigned vintage couture by New York designer Bradley Callahan, aka BCalla, whose clients include Lady Gaga, with Grand Rapids Ballet and Grand Rapids Symphony members serving as models. 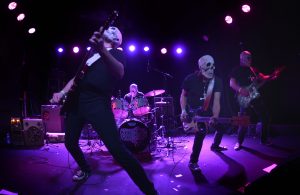 Adding to the event’s central theme of “Classics Remixed,” DJ Pat in the Hat from Detroit will remix classical music on vinyl with club beats. An aerial troupe also will be on hand. Tickets for “Back to the Future” are $30, or $60 for four tickets. Details online here.

Sunday’s final live musical performance will feature Michigan-based Latin band Cabildo. As part of the “Rock en Español” movement, Cabildo combines rock, folk, cumbia, ska and more with its own original music and covers of popular Latin American music from the ’80s and ’90s. This outside performance at 2 p.m. is free and open to all ages.

Get more information about the Rumsey Street Bazaar here.

An opening night party on Thursday dubbed the “Rumsey Rumble” will boast a performance by Grand Rapids surf rock band The Concussions (featuring Grand Rapids Symphony principal percussionist Bill Vits on drums) at the home of The DAAC, 333 Rumsey St. SW. A cash bar and valet service will be available; tickets are $50 and attendees can get tickets and RSVP online here.