Amid the coronavirus crisis and a turbulent music industry, a new advocacy group based in Niles aims to give roadies and their families a helping hand — from counseling to financial assistance. 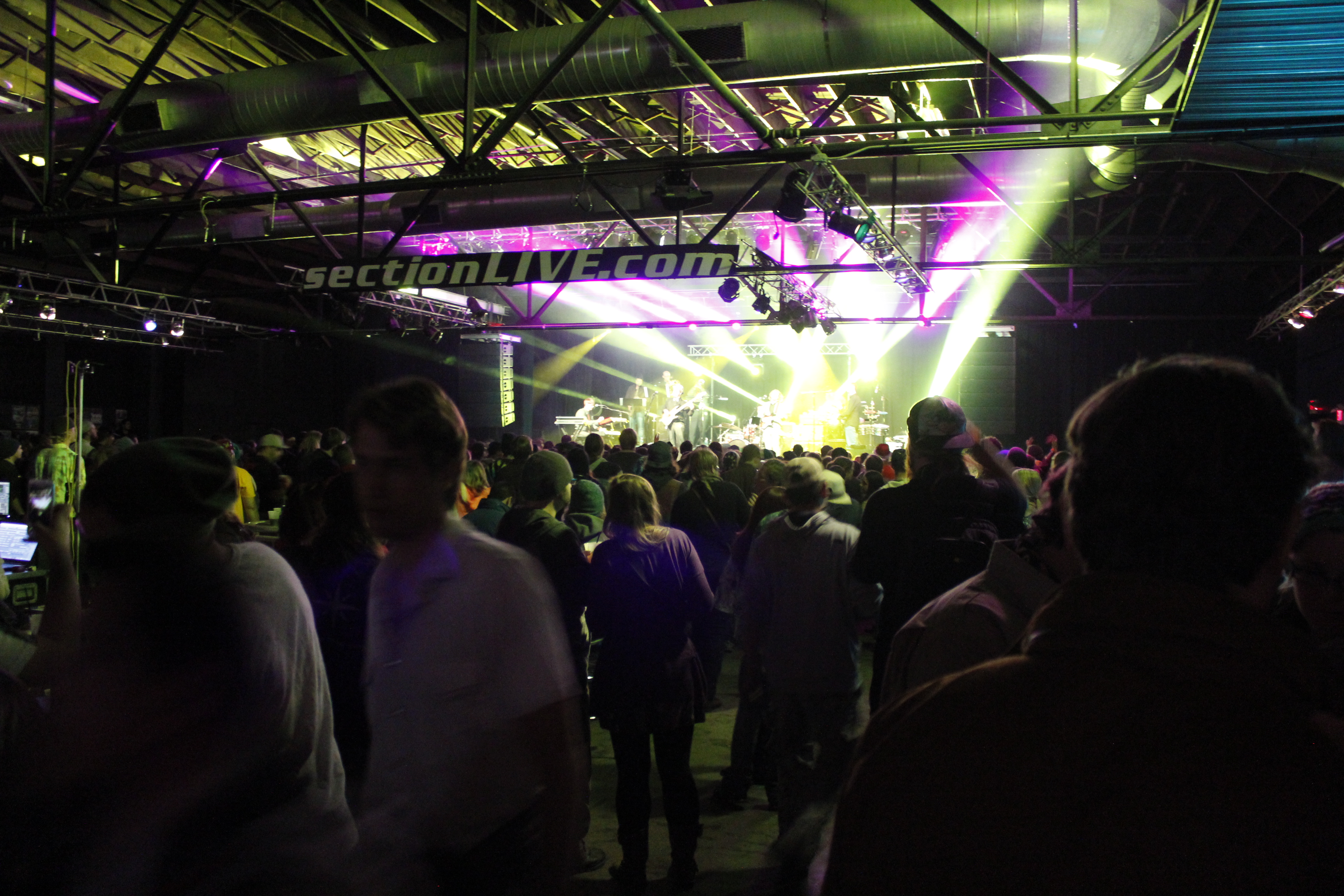 Out of the Spotlight: The life of roadies working behind the scenes can be grueling and challenging. (Photo/Anna Sink)

Life on the road with a touring band is intense.

The hours are long, with nights spent traveling to compound the exhaustion. For a band’s road crew, it’s unload the trucks and buses, set up, play the show, tear down, travel and repeat.

What appears as a flawless act of stardom to audiences involves tireless work from roadies pushing to always showcase their A-game.

But when that lifestyle gets hard, The Clinic can help.

Founded by Courtney and Paul Klimson of Niles, Mich., The Clinic: A Roadie Advocacy Group aims to support the professionals that organize, power and run music tours. 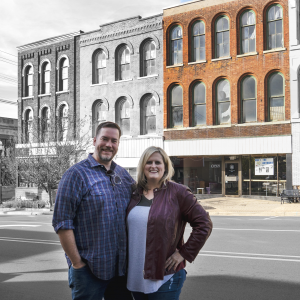 Family First: Courtney and Paul Klimson of Niles, Mich., aim to make The Clinic a resource for roadies. (Courtesy Photo)

The Klimsons have a long history in live music. After starting their careers in Nashville, Tenn. — with Paul working on live sound and Courtney working for a record label — the couple moved to New York City, where work would eventually lead Paul to collaborate with The Roots and “The Tonight Show Starring Jimmy Fallon.”

“At the time, I told Paul, ‘Ok, you can’t leave this gig unless Beyonce, U2 or Justin Timberlake comes calling,’ never thinking he would ever get those phone calls. And a year later, Justin Timberlake comes calling — his monitor guy needs to get off the road because he just got married and wanted to spend some time at home — and so they switched jobs.”

Paul finished up two Timberlake tours before working with Drake. During their time in New York City working for Masque Sound, Courtney proposed a new division that expanded their audio installation resume. Their networks grew and their success blossomed.

While Paul continued to work on the road, Courtney would eventually serve as Paul’s manager, helping him navigate the swath of artists looking for his expertise.

“I really think that (me managing him) has helped him succeed because he can focus on his craft and not on perfecting his resume,” Courtney said.

While in Nashville and New York City, they began to gather stories of roadies who would share their struggles over dinner at the Klimson residence.

“There was no central place where these people could go for help,” Courtney said. “I figured it was time to develop a place to help.”

A PLAN TO ASSIST ROADIES

Together, their combined experiences helped them form The Clinic: A Roadie Advocacy Group in late 2019, designed as a nonprofit dedicated to providing resources to touring support staff — from live audio engineers to production assistants. (The Clinic’s nonprofit status is pending.)

With plenty of work still remaining, The Clinic went live during the COVID-19 pandemic, which canceled tours around the country and put many roadies out of work. Due to this dire need, Courtney said she has had to adjust the sails of The Clinic to tackle immediate challenges within the music community. 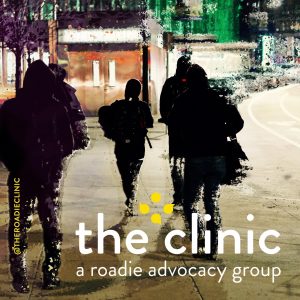 “The question really is, ‘How can we help? What do you need today?’” Courtney said. “We’re not experts in anything, but we’re networking with the experts and we have them on speed dial.”

The Clinic has worked with unemployed roadies to fill out federal paperwork and apply for loans. The team has even been able to distribute five sets of $500 grants to roadie families in need, courtesy of donor support.

Courtney said when coronavirus cancellations pass and touring resumes, she hopes The Clinic can return to the foundational issues it aimed to solve initially.

Life as roadie can be compared to that experienced by a military family. Often the hours are long and unforgiving, with regimented schedules on the road. With partners and children back home, families can go many months without seeing each other.

HELPING GIVE PEOPLE ON THE ROAD A NEEDED ‘TIMEOUT’

Bill and Binnie Chrysler have lived that life for more than 30 years. Bill, who owns Third Coast Recording Company in Grand Haven, is a live-sound expert with an impressive resume ranging from tours with Paul McCartney and Prince to Maroon 5 and John Mayer. Binnie has experience in production assistance.

After kids came along, Binnie stayed home and Bill stayed on the road. Their son, Dustin, would eventually grow into the live audio community as well, working live sound alongside members of The Clinic, including Paul.

Binnie said for some families, spouses think the partner may be rubbing elbows with performers, binging on drugs or drinking, and living an over-the-top touring lifestyle. There are issues that plague both roadies and their families which lack a support system. 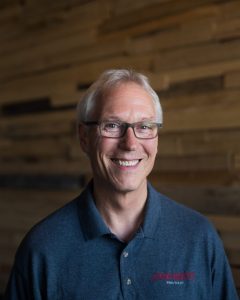 Many roadies need that supportive structure, she said, both when on tour and during 2020’s widespread cancellations. Courtney and Paul served as a rock for Dustin, highlighting the need for a community-first approach for roadies and their families, she added.

“When our son was touring with Courtney and Paul, they would open up their rooms, and more often than not, in a small hotel room, these people would wander in and out because it would be lonely out there,” Binnie said.

“So I think that having ‘The Roadie Clinic’ can give these people on the road a timeout, if they need it, to regroup. When you are on a hard, year-long tour, you get done and you’re not sure what’s up and down sometimes.”

Candice Rukes, The Clinic’s director of media relations, noted other organizations exist to support roadies and their families, but they often are too narrowly focused on families in crisis. The Clinic, on the other hand, takes a more community-centric, holistic approach, providing a range of resources.

With limited free time on the road, Rukes said The Clinic can help roadies struggling to keep up with financials. They can connect those with drug or alcohol addictions to resources wherever the tour takes them. They can help partners or kids at home with counseling.

“(Roadies) don’t have the traditional human resources group fighting for us and our issues — everything from harassment training to financial help to family therapy, and all of this stuff that no one talks about,” Rukes said.

The idea for The Clinic actually was born 15 years ago. Rukes said that being stuck in place due to this year’s coronavirus outbreak has been a “scary blessing,” giving the organization time to get organized, yet able to help roadies during a time when many tours have been canceled or postponed.

“Where we had this whole laundry list of things we wanted to start with, we had to completely slot those and offer services now such as helping people get insurance and unemployment,” Rukes said. “We’re focusing on what’s at hand currently while still looking at our vision.”

The Clinic has worked with roadies to file paperwork for loans and unemployment. And they’ve been able to use donations to help struggling families pay bills. While times like this are certainly forcing The Clinic to adapt its services, Rukes said it shows the importance of having a roadie advocacy group.

SEEKING HELP FOR A NILES FACILITY

Rukes said The Clinic is working to open a facility in 2021 in Niles in Southwest Michigan, where Paul and Courtney now reside.

Outfitted with offices, a kitchen, showers and more, it serves to provide an option for tours that need a place to stay. Long-term, it represents The Clinic’s goal of being adaptable — not just through a pandemic, but as an evolving community of professionals.

“We could hope that there’s an end goal, but I don’t think there is going to be,” Rukes said. “With the more people we get involved, the larger our organization (becomes), the bigger artists we get, it’s never, ever going to stop. 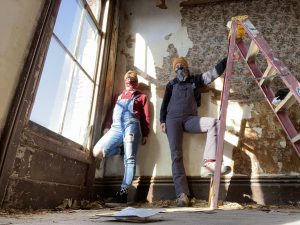 Renovating a Building in the Perfect Location: The Clinic in Niles. (Courtesy Photo)

“We are going to see new problems that we don’t even know exist, because we have been able to deal with the issues we’ve seen on tour and that other people have brought to our attention at this point.”

Courtney said Niles is perfectly situated in the middle of the country, with access to airports in Chicago and Indiana, railroads and highways. In town, there is a newly renovated gym, miles of riverwalk property and a calm, tight-knit community.

Most important, Niles gives roadies a home away from busy city tour stops. In return, The Clinic aims to shop local and sell goods made in the area.

The Clinic is seeking donations for renovations. If the building isn’t ready by next year, The Clinic will still roll out programming, Courtney added. Those interested can donate online here.

“I have all of my contractors, I have my architect, I have everything from the electricians to the window guy,” Courtney said. “I’ve got them all lined up. Now I need the money.”

Issues that were often ignored in the past have become battlefronts now, like sobriety, sexual assault and harassment and family support. Rukes said they don’t expect to have a handle on every issue, but they’re trying to work to improve the profession as a whole, especially by working from individual families outward. With no “cookie-cutter way” to handle things, the hope is to treat the community like family, Rukes said. 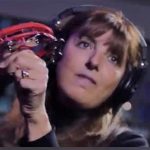 With the venture still developing and without a facility, The Clinic is doing its best to provide services over the phone or via email — and networking with professionals who could help combat the issues roadies face, from finance to mental health.

While the roadie community still deals with a “sex, drugs and rock ‘n’ roll” stigma, that’s changed drastically over the past several decades, Bill Chrysler said. That’s due, in part, to The Clinic, which works to break down assumptions that affect the lives of roadies and their families at home.

“Kids get it at school,” Binnie said. “‘Oh, why can’t you get us tickets?’ Our kids have been made to feel ostracized sometimes because others just make assumptions. With The Roadie Clinic, I think that’s going to help parents, individuals, and others to understand that it’s not what it comes across as.”

The Chryslers say The Clinic works so well because of its focus on the “road family”: the community that forms from the tight-knit community of professionals and the closeness of roadies on tour. Having seen first-hand how much they care, Binnie said The Clinic was just meant to be.