Legendary rock guitarist Eddie Van Halen passed away this week at 65 after a long battle with cancer. Local Spins readers reveal why he was so respected as a musician — and pick 10 of his band’s top songs. 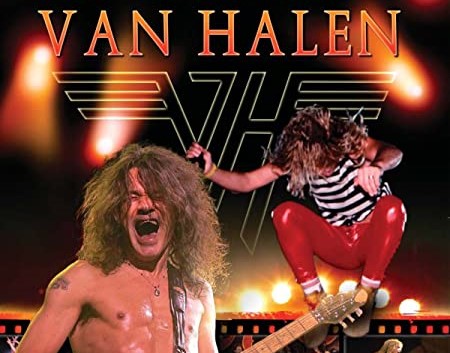 SCROLL DOWN FOR VIDEOS AND PLAYLIST

As Eddie Van Halen’s longtime guitar tech, Grand Rapids native Tom Weber was in the catbird seat every night on tour, watching an iconic guitarist strut his stuff on stage.

“Ed is a force of nature,” Weber told me during an interview years ago backstage at Van Andel Arena. “I understand the math behind how a guitar works. Ed does things on guitar that defy the math. … I’ve sat with him and watched him do things that you can’t do. Ed doesn’t play guitar; the guitar submits to Ed’s will.”

After a long battle with cancer, Van Halen passed away this week at age 65.

While the guitarist had a celebrated but hard life — partly due to his self-induced drug and alcohol issues and partly due to cancer and other health challenges he faced over the years — his guitar work with Van Halen was unassailable.

Rolling Stone magazine lists him at No. 8 in its Top 100 greatest guitarists of all-time, and Local Spins readers raved about his solos, guitar tone and innovation. 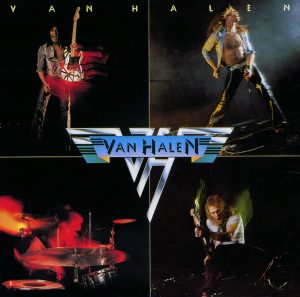 Where It All Began: Van Halen’s debut album.

“The one thing that stood out to me that separated Eddie was his tone first and obviously, he created a lot of the style everybody was mimicking, but he also created a bridge for people that weren’t guitar players or cared about guitar,” said Tommy Schichtel, guitarist for The Concussions and owner of Grand Rapids’ Goon Lagoon studio.

“His solos were always melodic and crazy difficult without seeming like he was showing off. Every time you saw him, he was smiling and having a ball. He was easy to like. Almost no ego at all and comical watching how good the guy was. He never dumbed down his talent for the listener but was still able to connect.”

And there were plenty more plaudits from other musicians and fans.

Matt Kuczynski: “What made him great? Besides the fretboard fireworks, I think the fact that he was a DIY innovator, through and through. Took tapping to the next level, modded his amp’s power supplies to get that crunchy sound that every ’80s rock band strived for after that.”

Paul Kwant: “His controlled irreverence for his guitar solos versus precise technique — and that he played with such authority.”

Scott Stefanski: “His sound and tone on the entire ‘Fair Warning’ album is heaven. He was a sick soloist, but he was one of the greatest underrated rhythm guitar players in rock as well.”

Lance Hendrickson: “Damned near every guitar part this guy recorded turned out to be iconic, or nearly so.”

Steven Dobias: “Eddie was a guitar god. But he also played some of the best rock keyboard parts ever. The pure raw power and emotion that rips through Van Halen’s music is unique and amazing.”

Rpbert Biggie G. Gill – “He revolutionized how everyone approached guitar.’

AJ Dunning – “He was an innovator, broke rules as he wrote new ones, leaving everybody playing catchup. And as good as his left hand was, his right hand was better. He swung hard, fantastic rhythm player. A legend, and arguably the most important guitarist possibly short of Hendrix.”

Tony Gebhard: “His ability to tap and utilize the whammy bar revolutionized the industry at the time. Big proponent, and influencing millions of guitarists since then.”

Based on reader responses and their citations of songs from the Van Halen catalog that show off Eddie’s prowess, here’s the Local Spins Top 10 Best Van Halen Songs Playlist.

1. Mean Street,” Fair Warning (1981) – As reader Mark Bast put it, “the intro to ‘Mean Street’ captures him perfectly.” Brian VanOchten calls it a song that showed Van Halen “at the top of his craft.”

2. “Unchained,” Fair Warning (1981) – One listener on YouTube suggested this should in the Smithsonian Museum of Riffs. Says reader Jonathan Laughlin: “It’s got everything you want from VH: pounding drums with the snare turned off matched by Mike’s thunderous bass, howling DLR vocals with a bit of funny spoken wor. But then Ed’s genius: a killer riff backed by that chunka-chunka rhythm on the pedal notes. It’s the perfect ’80s hard rock song.

3. “Atomic Punk,” Van Halen (1978) – A classic from Van Halen’s debut album, one that musician AJ Dunning says proves “he was an innovator, broke rules as he wrote new ones.”

4. “Eruption,” Van Halen (1978) – Regarded by some as one of the greatest guitar solos ever, the track features two-handed tapping and lightning-quick Eddie-ness.

6. “Light Up the Sky,” Van Halen II (1979) – “Dance the Night Away” and “Beautiful Girls” got most of the attention as high-profile singles, but some Local Spins readers singled out this track as one of their favorites.

8. “Jump,” 1984 (1983) – Arguably one of Van Halen’s most popular and enduring tracks, and Eddie’s unforgettable synthesizer line.

9. “Hot for Teacher,” 1984 (1983) – Another track from “1984” with writer and Local Spins contributor John Serba asserting that the song “is a piece of rock perfection for numerous reasons — main one being Eddie’s playing. His transitions from riffs to leads are unreal, like no one else, ever.”

10. “Drop Dead Legs,” 1984 (1983) – Reader Lee Chase notes that “the rhythm parts and fills he played before the pyrotechnics at the end of ‘Drop Dead Legs’ were always a favorite.”