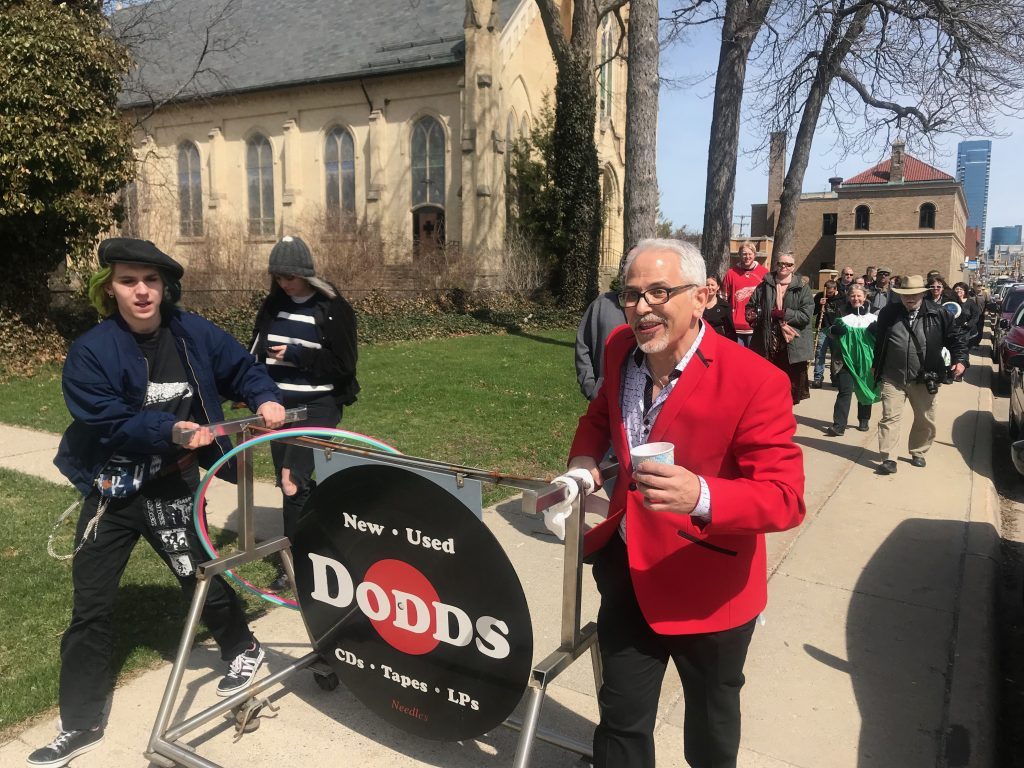 SCROLL DOWN FOR VIDEO HIGHLIGHTS AND PHOTO GALLERY

Record Store Day in West Michigan was all about vinyl – and live music and DJs, and yes, even a parade.

Saturday’s sunny but breezy weather brought out long lines of music devotees from Grand Rapids to Grandville to the lakeshore to Kalamazoo for special releases and a wide assortment of entertainment to celebrate the power of independent record shops.

“It’s a lot of fun. It gets bigger every year,” said Luke, a cashier at Grandville’s Corner Record Shop who’s worked at the store for eight years.

The store certainly was jam-packed on Saturday with browsers of vinyl and more, with band performances by Stellar, GR Groove, Tanner J Burns, Code West, Feeding Grizzlies and Shade 55.

It was just one example of the vinyl revolution that’s attracting disciples young and old.

“I sat my grandson down, played him his favorite song on CD and then I had him listen to it on vinyl,” said one Corner Record Shop patron. “Now my grandson, when he comes over, he asks me to turn on the record player.”

A PARADE WITHOUT POLICE INCIDENT

The scene was much the same at Grand Rapids’ Vertigo Music, which showcased DJs throughout the day as shoppers browsed bins of vinyl and CDs, and enjoyed refreshments and pizza. Throughout the day, it was an all-ages affair, with a mix of baby boomers, teens and 20-somethings. 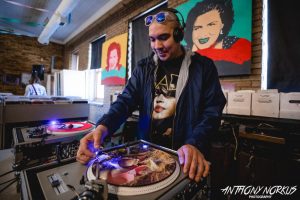 Spinning Vinyl: DJs did that all day at Vertigo Music. (Photo/Anthony Norkus)

“We’ve got a parade,” shouted a grinning Smith, who conceded Grand Rapids Police contacted him more than once in the days preceding Record Store Day to ask about his parade plans. (Police shut down Record Store Day performances at the store a couple of years ago.)

Featuring about 20 ebullient marchers and a dog, the short parade took to the sidewalks for about two blocks up and down Bridge Street before ending in front of the store, which also featured performances by Beaver Xing and friends as well as DJ Tom Shannon.

And nary a patrol car was seen. 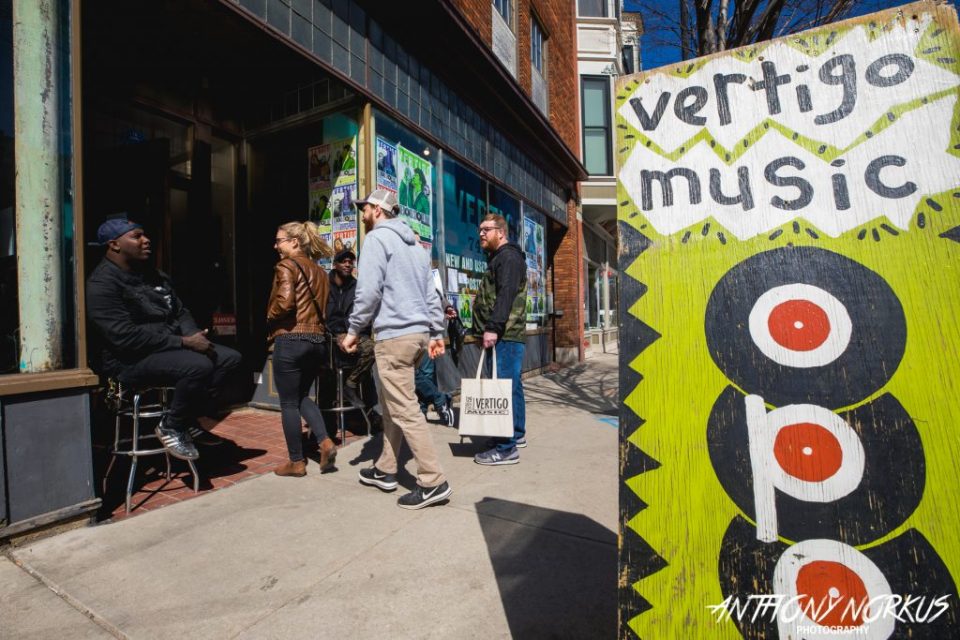 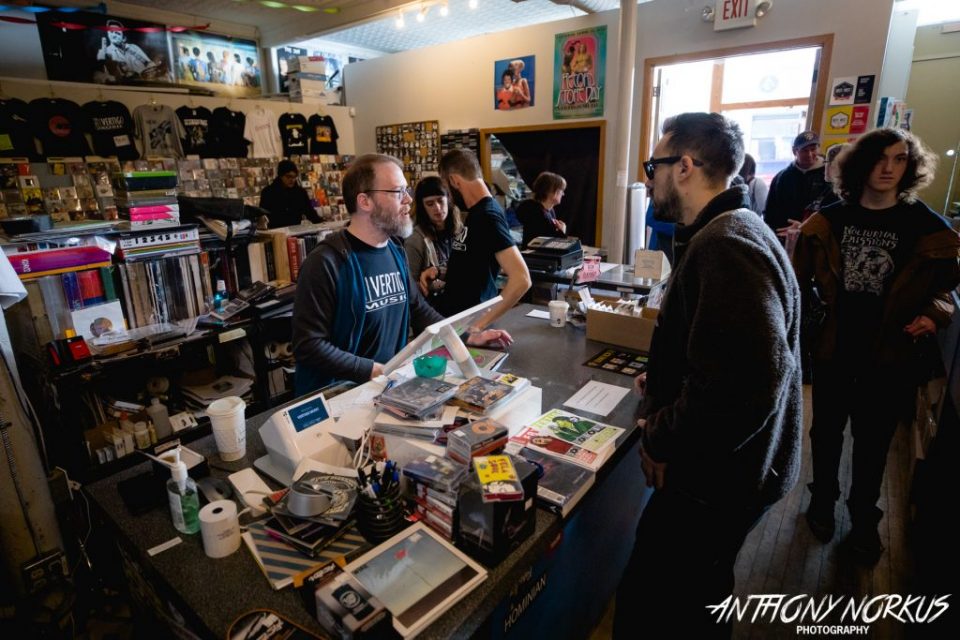 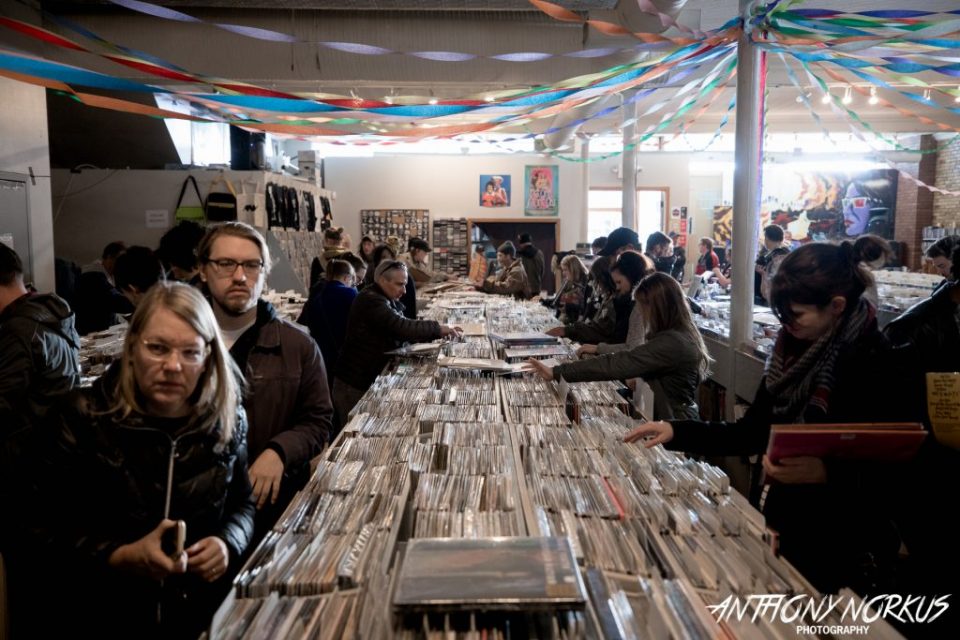 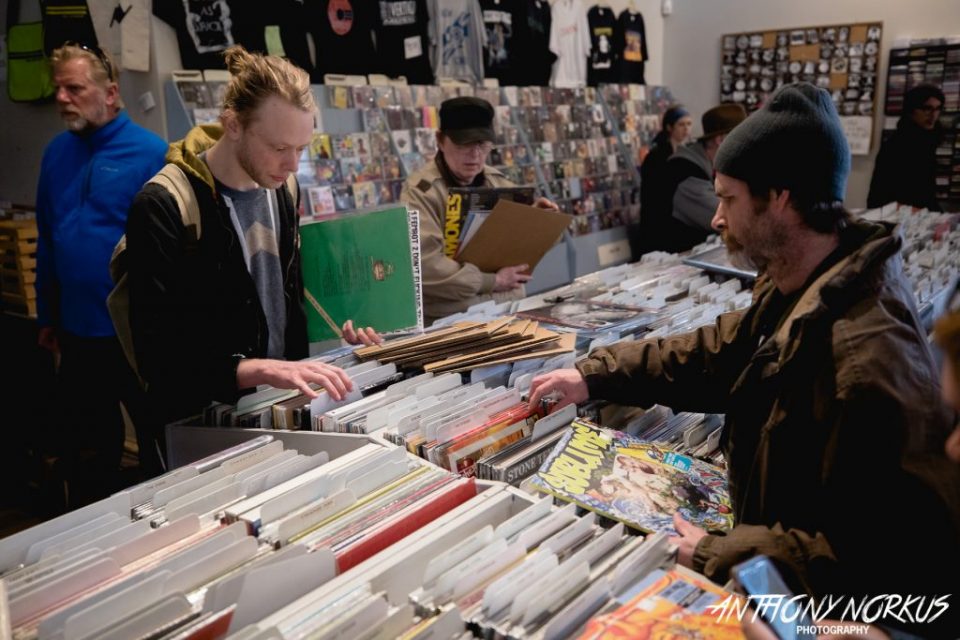 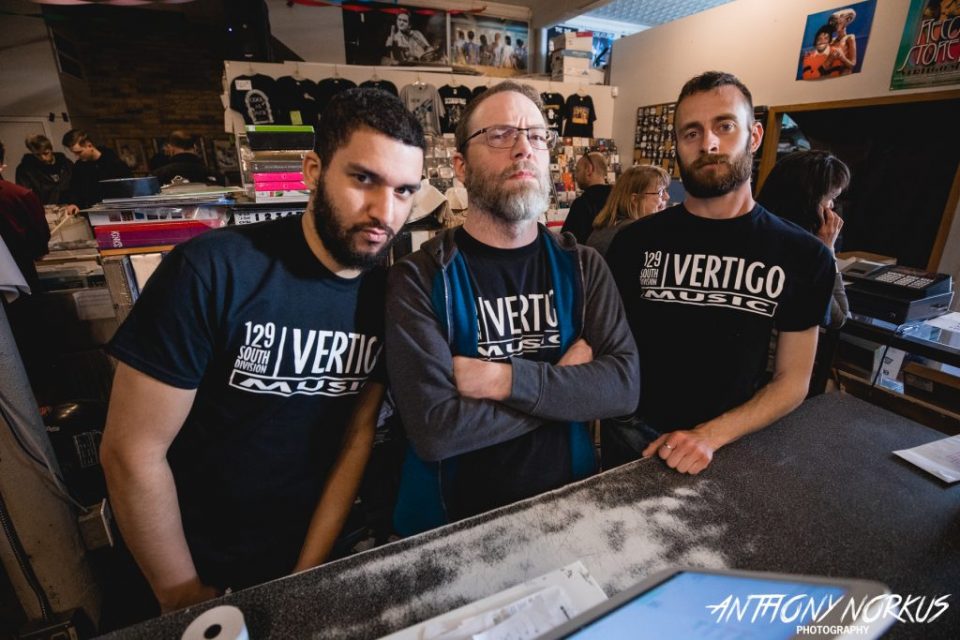 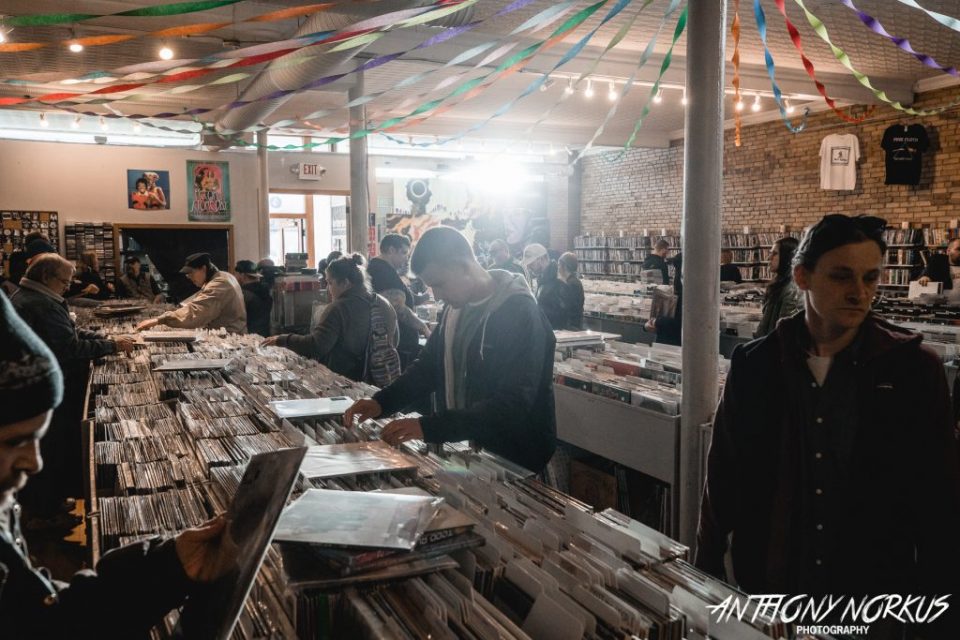 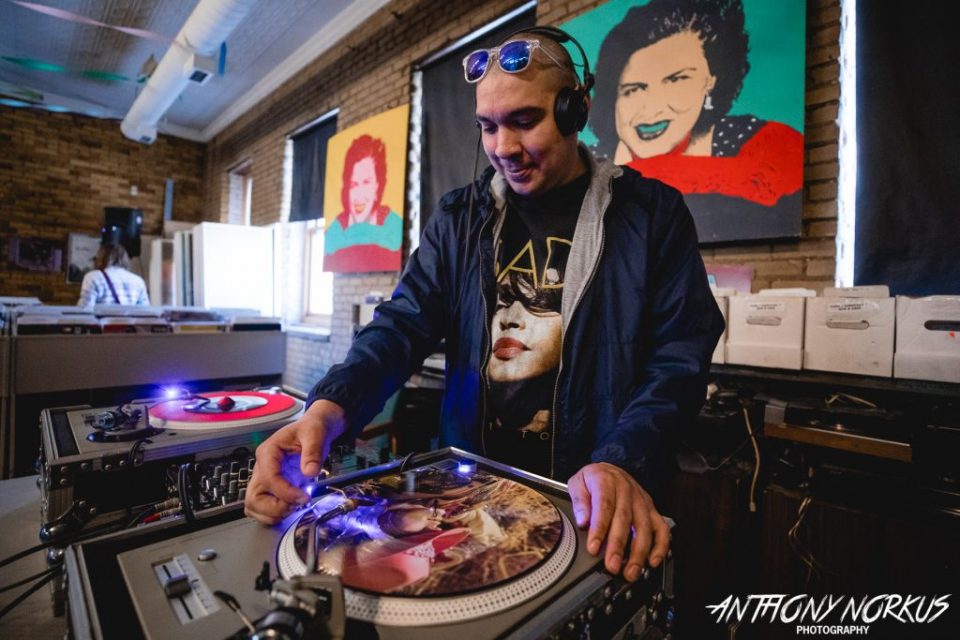 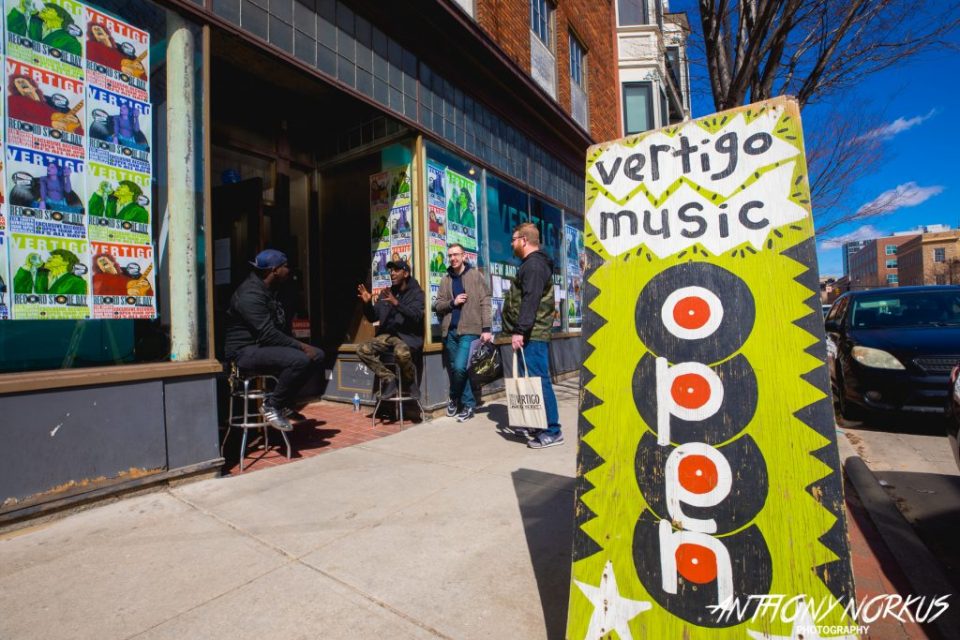 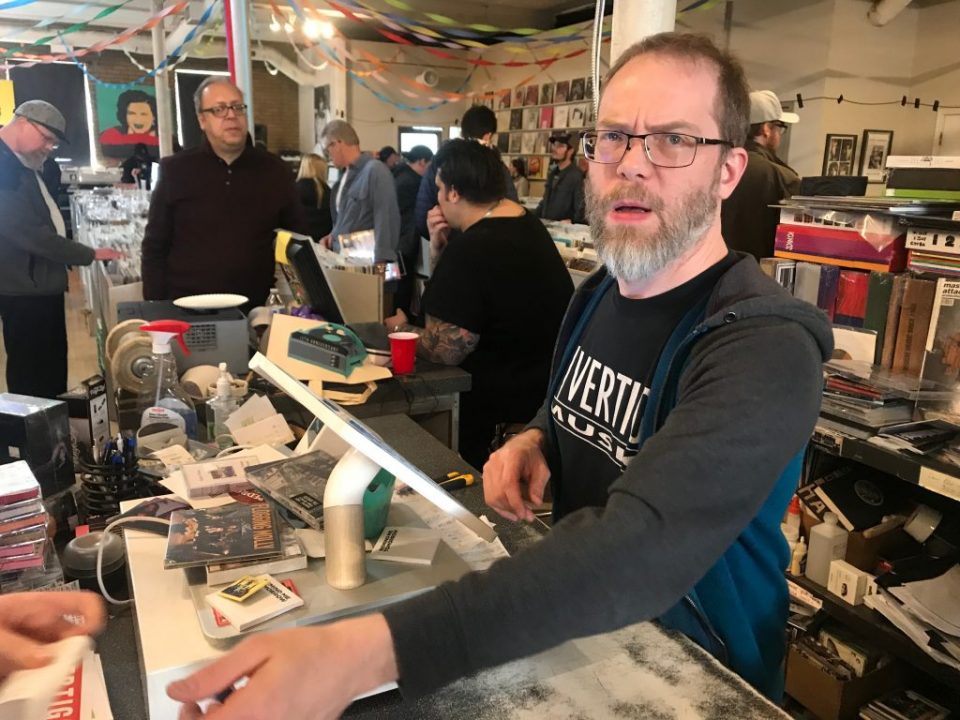 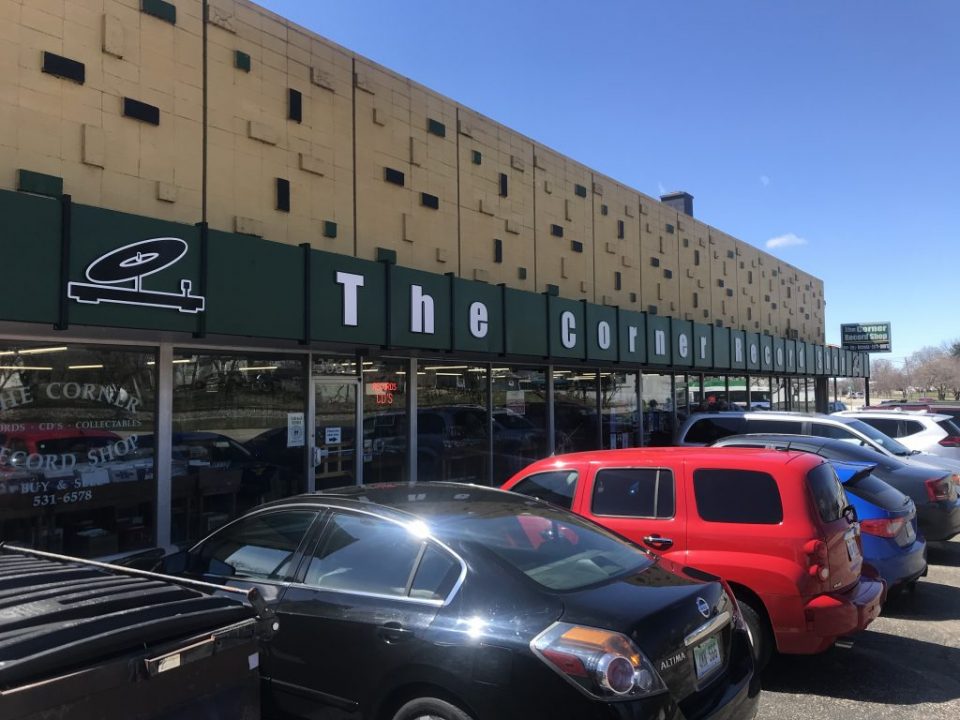 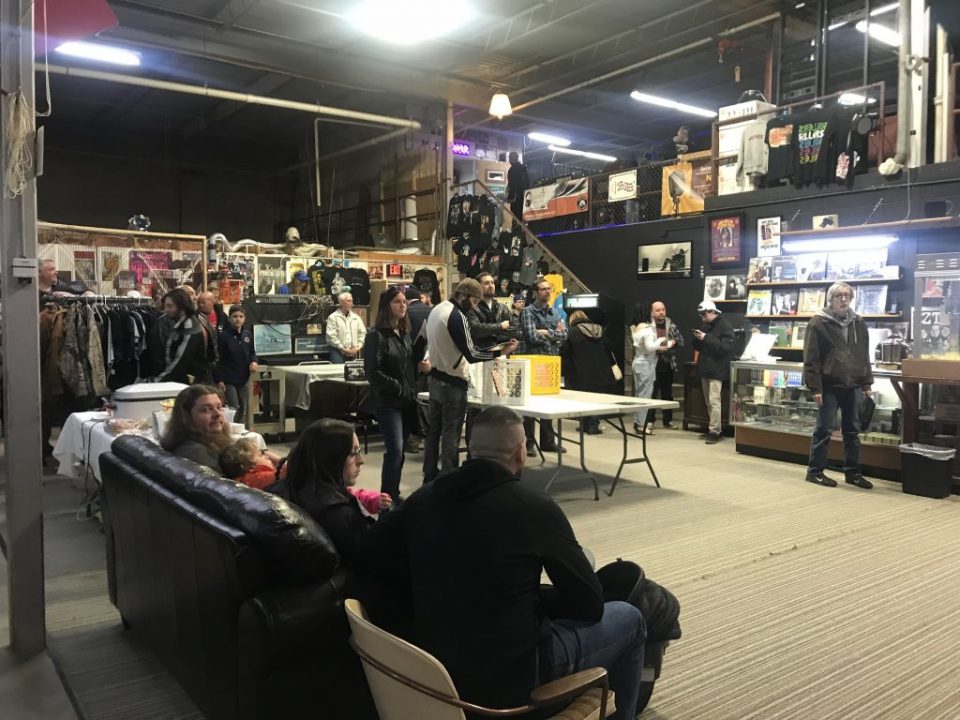 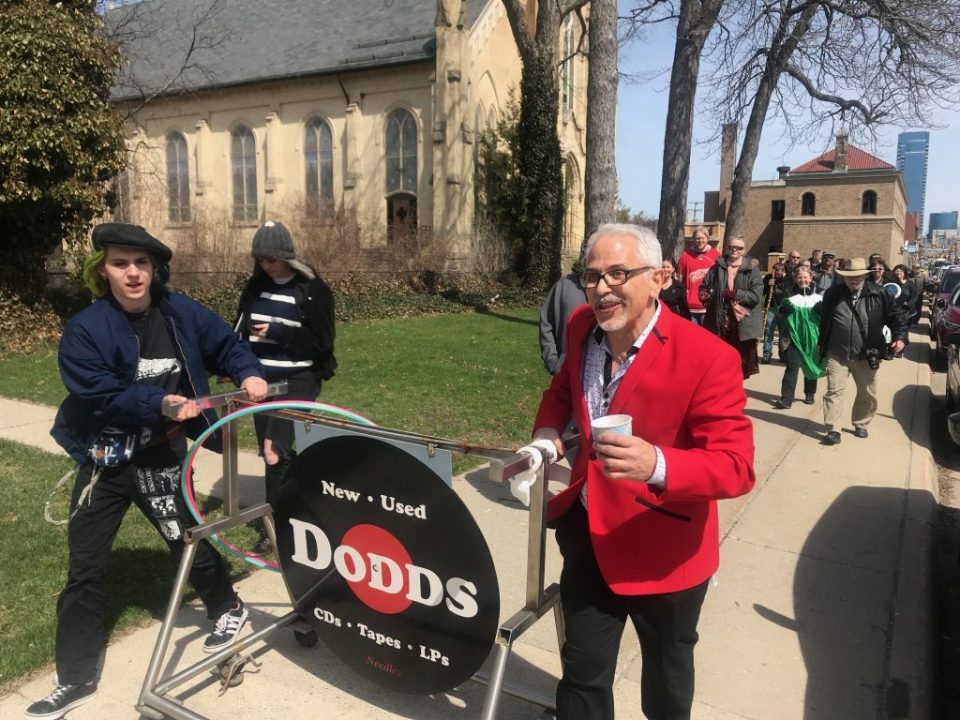 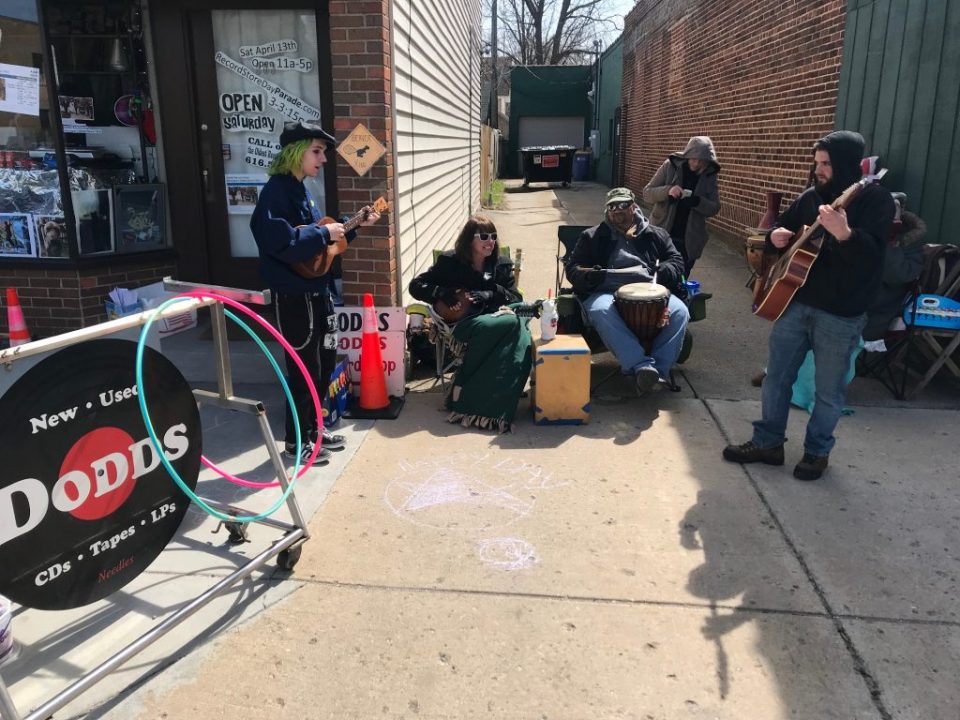 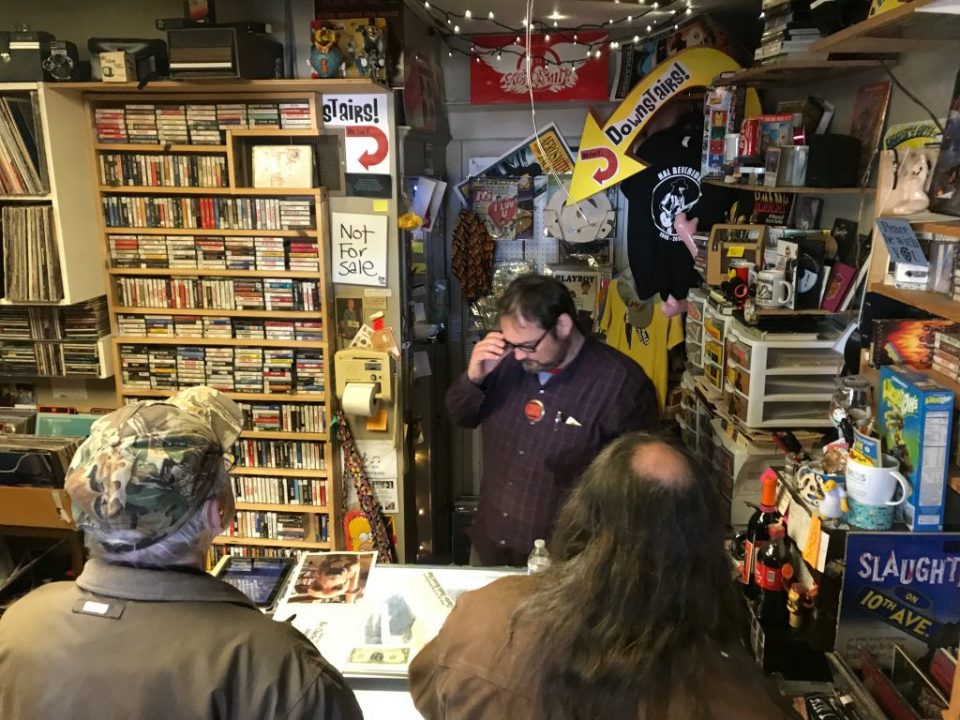