A new slate of regional albums made a splash on WYCE-FM in August. Check out the full chart, listen to the featured artists and check out the roster of new local releases. 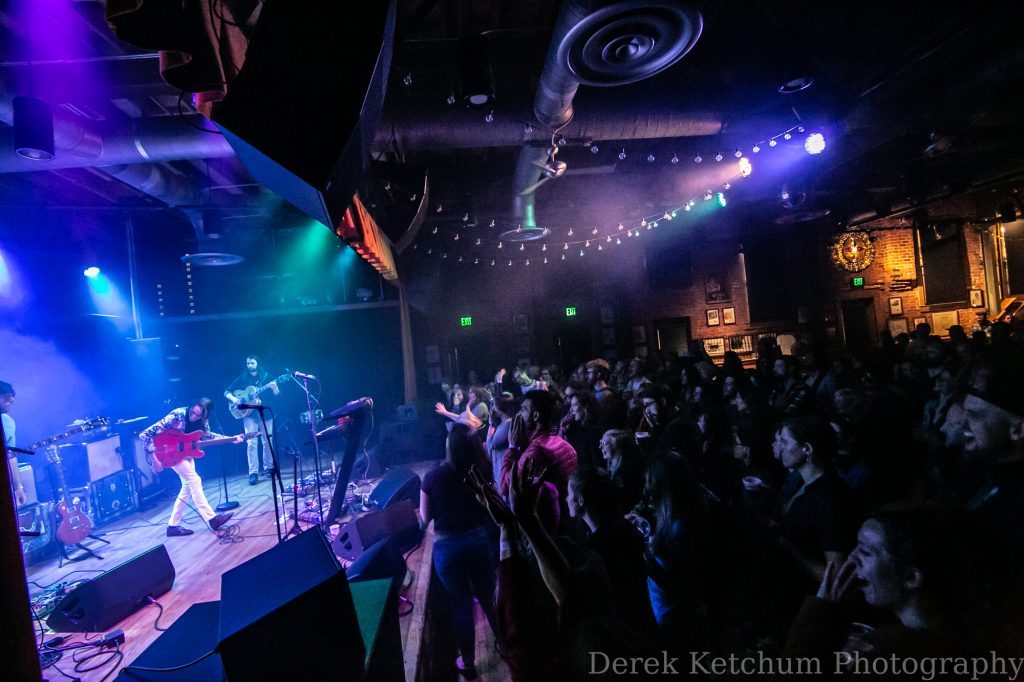 Crowd-Pleasing: The Go Rounds jumped to No. 2 on the Hot Top 5 chart. (Photo/Derek Ketchum)

Sometimes, there’s a delayed reaction when a new album hits the streets.

Other times, a new release finds instantaneous acceptance. For others, there’s a resurgence in interest months after a recording sees the light of day.

All of those could describe the albums ascending to the August Local Spins Hot Top 5 chart of the regional and local releases getting the most radio airplay at WYCE (88.1 FM). 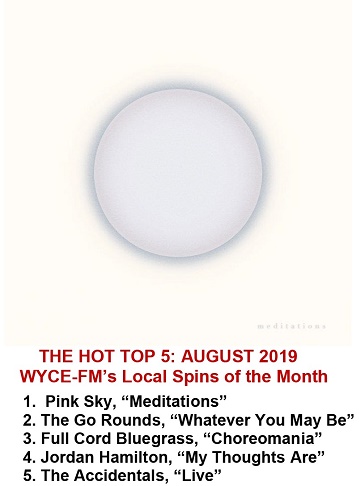 Four of the five albums are different than those that appeared in the July chart.

For instance, Grand Rapids electronic music duo Pink Sky soared straight to the top of the August chart with its latest album, “Meditations,” which — interestingly — doesn’t officially even get released until Sept. 20.

It’s the second time that Pink Sky has captured the top slot on the Hot Top 5 radio chart ahead of the actual release date: 2018’s “FORMS” shot to No. 1 last June.

Ryan and Angelica Hay say the new six-track album aims to capture “the zeitgeist of late 2018 in the United States — an uncomfortable anxiety and the search for calm meditations.” They add that the “experimental album reflects the band’s fears, anxieties, hopes and visions of the future, particularly in a world that’s facing environmental and human crisis.”

The band plays The Pyramid Scheme in Grand Rapids on Sept. 21.

Meanwhile, the No. 2 album on the chart — “Whatever You May Be” by Kalamazoo’s The Go Rounds — was actually released way back in April, and jumps three spots from its No. 5 ranking in July.

On the other hand, West Michigan’s Full Cord Bluegrass wasted no time with “Choreomania,” which entered the chart at No. 3 the same month it was released. Just behind that was the August release from Kalamazoo hip hop cellist Jordan Hamilton, “My Thoughts Are,” and Traverse City alt-folk trio The Accidentals, “Live,” at No. 5. That album, incidentally, first came out in April, more than four months ago.

Listen to tracks from all of the albums below, and check out a list of new local additions to the WYCE library.

The Bootstrap Boys, “Between The Hat & The Boots”
Jordan Hamilton, “My Thoughts Are”
Aramis616, “Therapy”