The future of rock ‘n’ roll gets showcased over two nights in Grand Rapids as the 7th anniversary Piano Cottage Rocks! event brings student performers to the Wealthy Theatre stage. Get details here. 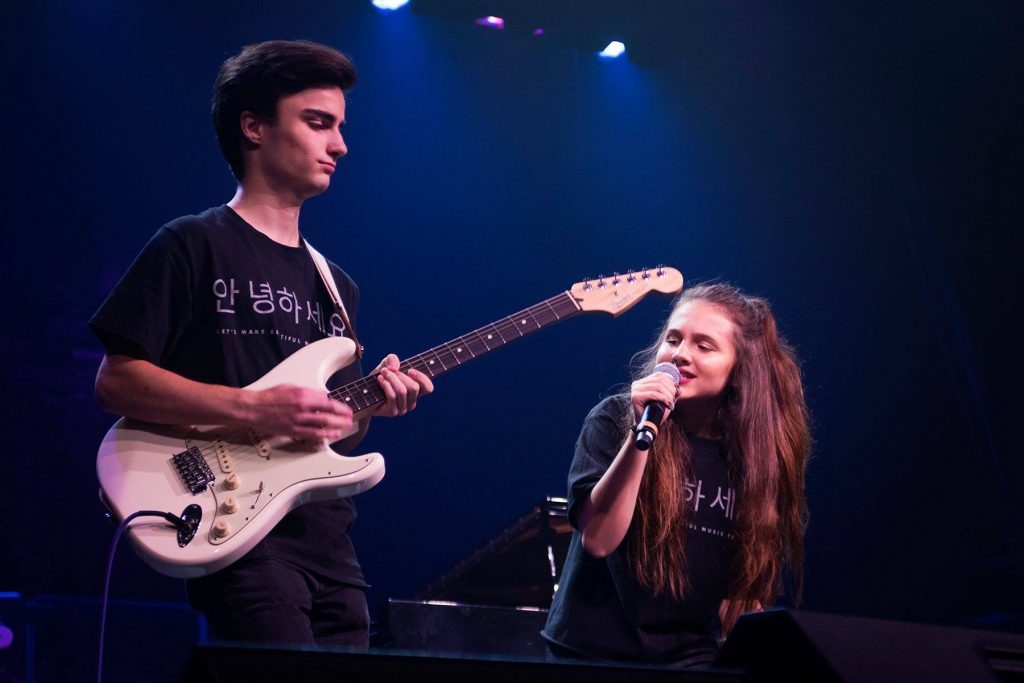 Growing Confidence and Skills: Young musicians and singers such as Sebastian Langenbach and Gianna Stansell get to strut their stuff at Piano Cottage Rocks!

Picture this: Wright and Jody McCargar have 50- to 60-hour, five-day-a-week jobs not related to music that leave them with a “dead-end feeling.”

But both attended Michigan State University and earned music-related degrees. And one of the few things that would get Jody Deems-McCargar through her grueling work week was getting to teach piano on Saturdays to a small group of elementary-school age students, all of whom loved rock ‘n’ roll. 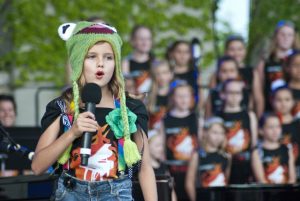 So the couple decided to leave their jobs and start The Piano Cottage studio in the building located in their Grand Rapids backyard. Their goal is to train professional musicians who can play in public anywhere and at any sort of event with a plethora of skills, from a recording studio setting, composition, arranging, performance skills and church gigs — and to nourish a hunger to teach others.

“We want our students to have the practical skills to lead the music industry and not always running behind looking for it,” Wright McCargar said.

That dream is now a reality, and growing. Beginning with a staff of two and 23 students, the McCargars and their staff of 17 now work with nearly 500 students in seven locations. Some staff members offer private lessons in students’ homes.

“The cottage is a performance-oriented music school and as such we encourage our students to perform in public often, in order to grow confidence and skills learning to interact with an audience and perform their art better and better,” says Jody McCargar.

For the seventh annual Piano Cottage Rocks! showcase event, 85 students will perform Thursday and Friday at Wealthy Theatre in Grand Rapids. About 125 Piano Cottage students auditioned in front of a panel of five professional judges from West Michigan’s music scene to obtain a spot as a “headliner.”

Twenty-five were chosen with the expectation that they will collaborate, support and perform with each other. Many in the cast study voice plus play three to five instruments. The eight- to 17-year-old performers create all of the arrangements and often add their own twists to their renditions of the songs. 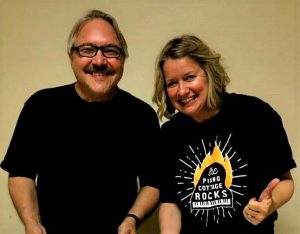 “Our goal is to create a world-class level musical production that is not only performed, but aggressively driven, by youth, and done so together,” Jody McCargar said. “It’s a team environment, and although we get superstar singers that show up, they quickly learn we are more interested in developing their collaborative skills and the ability to perform and entertain together.”

These collaborative efforts can be seen when a student such as 12-year-old Reid Eldred plays drums on 10 songs during the show. At age eight, Eldred auditioned for The Piano Cottage Rocks No. 3, playing “Linus and Lucy” from the Peanuts cartoon. Though he has been studying and practicing piano since he was six, his curiosity and training with the drums has grown since being involved with his church’s band, the percussion team at Lowell Middle School and the house jazz band “THE CATZ” at TPC.

“This year, you’ll see even less adult/teacher involvement than ever before. Each year as the capabilities of the students at The Cottage increase, the amount of teachers and other adults involved on stage in the show has decreased. We’re getting to the point where we have some really experienced veteran students now and don’t need much help if any on stage.”

OPENING UP THE WORLD OF THEATER AND MUSIC TO STUDENTS

TPC alum Allison Hubbard, 20, serves as stage manager. Her history with The Piano Cottage started during her sophomore year of high school when she began taking vocal lessons with Kathy Gibson. In 2017, she took up the role of front desk administrative assistant. Now, she’s working toward a bachelor of fine arts degree in musical theater with a dance emphasis at the Chicago College of Performing Arts at Roosevelt University. 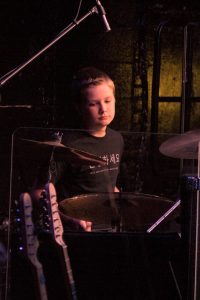 She was a backup and featured dancer in The Piano Cottage Rocks No. 5 concert with her friends, who played a rendition of “A Thousand Years” on piano and cello.

“The details and process of performing in and supporting the life of a show is something that I have always treasured and was very grateful to be able to experience at a young age,” Hubbard said. “I am so excited to be able to open up the world of theater and performance to these kids through this concert.”

One of Gibson’s vocal students, Gianna Stansell, 14, focuses on jazz and blues. Stansell describes the lineup for the concert as “a variety of pop, classic rock and soulful, bluesy R&B stuff — the bluesy soulful stuff being my favorite and what I will be performing.” Stansell also has studied piano with Carrie Steffen for three years at The Piano Cottage. (Watch video below.)

Stansell considers performing for an audience to be an amazing, enjoyable experience and this is the first year she will be headlining a song of her own while serving as a contributing musician on other song.

This week’s concerts also aim to raise awareness and money for the Crescendo Foundation, a local nonprofit connected to the McCargars, whose mission is to cultivate access to tuition-free, quality music education for needy students in West Michigan. Several students who benefit from the foundation will be involved in this year’s concert.

Purchase tickets and get more information about the upcoming concerts at thepianocottage.com. Learn more about the Crescendo Foundation online here.