Today’s special edition of the Local Spins Tuesday Playlist pays tribute to the irrepressible Beatles drummer with a classic soundtrack of his solo work and Fab Four gems worth revisiting. 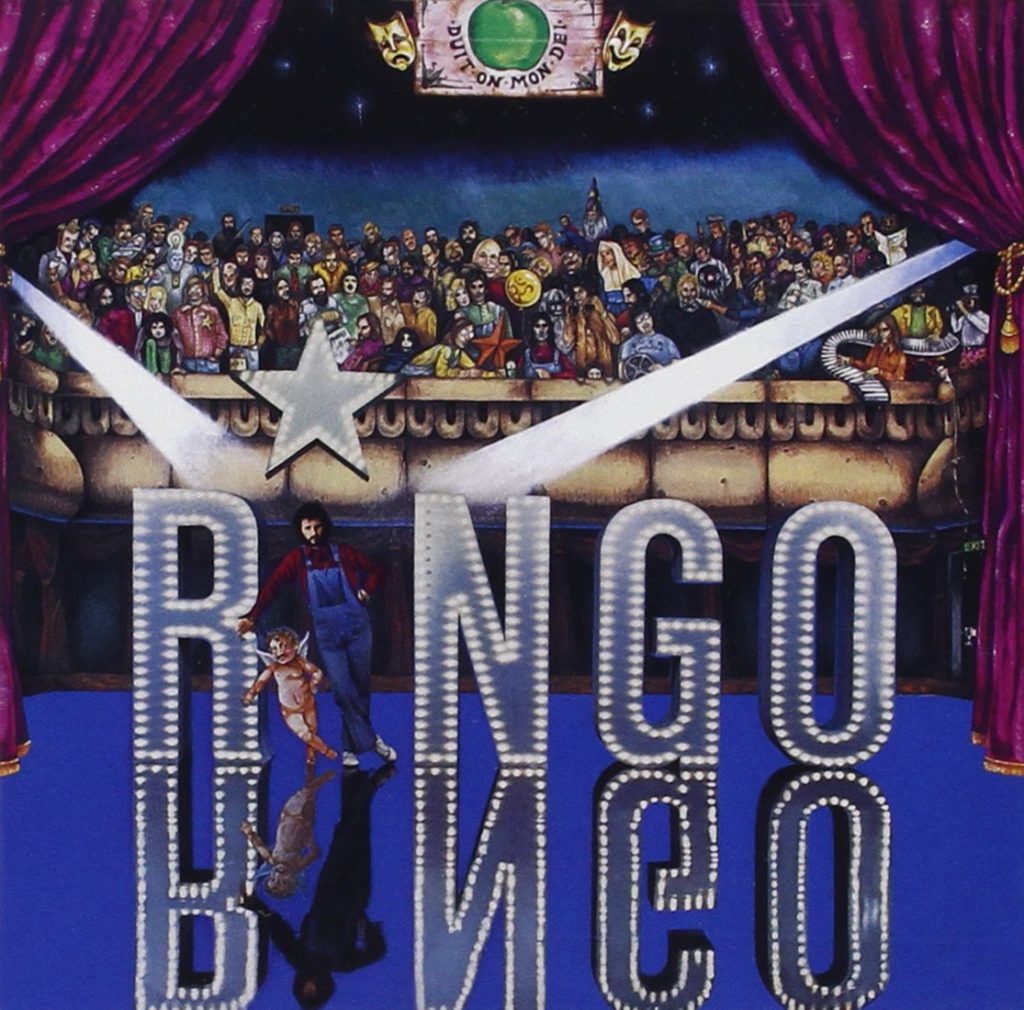 Happy 80th: Listen to the playlist as a warm-up to Ringo’s birthday live-stream tonight on YouTube.

Granted, Ringo has sometimes been an after-thought when it comes to the Beatles’ incredible and enduring legacy, and even maligned — unfairly in most cases — as a jokester of sorts whose musical contributions have often leaned toward the goofy side (“Octopus’s Garden,” “No No Song”). And, yes, he sang lead on only 11 Beatles songs and wrote just two himself.

But diehard Beatles fans appreciate his no-frills rhythmic contributions to the Fab Four catalog as well as his sense of humor. He also happens to be the only Beatle I’ve ever interviewed (if you don’t count his predecessor, Pete Best), so I have a soft spot in my heart for this enduring, seemingly ageless drummer with the “Peace and love” mantra.

1. “With a Little Help from My Friends,” The Beatles (1967) – What else could be a more appropriate No. 1 on this playlist than this upbeat classic from The Beatles’ “Sgt. Pepper’s Lonely Hearts Club Band”? Not only are Ringo’s vocals perfect for this ode to friendship but it’s become a fan-involving, concert-ending standard at his shows.

2. “It Don’t Come Easy” (1971) – In my view, this ranks as Ringo’s most impressive single as a solo artist, a song co-written and recorded with George Harrison, who also contributes classic guitar lines to the cause. It was his first hit single after the Beatles breakup.

3. “I Wanna Be Your Man,” The Beatles (1963) – The entire vibe of this early Beatles classic sung by Ringo (a song which actually became a big hit for The Rolling Stones) is delectable in a retro way, even if it was considered a toss-off on the the U.K.’s “With the Beatles” and U.S.’s “Meet the Beatles!”

4. “Back off Boogaloo” (1972) – Another memorable Ringo single involving Harrison, who produced the song and helped write it. Not only was the song title inspired by Marc Bolan, but the track has a most definite T. Rex, glam-rock, muscular quality.

5. “Honey Don’t,” The Beatles (1964) – Penned by Carl Perkins, Ringo’s take on this rockabilly tune may be a tad understated, but it’s a fun listen.

6. “Photograph” (1973) – As Ringo’s biggest solo hit, it’s hard to leave this off the list despite its sort-of Abba quality. It’s remarkably catchy, and once again, was co-written with Harrison. (Do you sense a trend here?) The flip side, “Down and Out,” is an under-the-radar gem.

7. “Boys,” The Beatles (1960) – Deserves mention as Ringo’s first official lead vocal stint with The Beatles, a cover of a Shirelles’ tune and recorded in a single take at Abbey Road.

8. “Snookeroo” (1975) – This song may be as notable for Elton John’s piano work on the snappy track as it is for Ringo’s performance, but the Bernie Taupin/Elton composition is filled with endearing moments.

9. “Beaucoups of Blues” (1970) – I received this single — officially, Ring’s first as an ex-Beatle and the title track from his 1970 solo album — as a gift at the time, so this twangy slice of country holds special significance for me. I actually might prefer the B-side, “Coochy, Coochy,” due its uptempo flavor, enhanced by some fabulous slide-guitar and harmonica solos. If you haven’t heard the album, it’s a surprisingly charming and authentic country-and-western affair recorded in Nashville.