Eight years after her last album sparked national media attention, the Lovells, Mich., singer is back with more vintage charm. And Local Spins has an exclusive preview of a track from “The Loneliness in Me.” 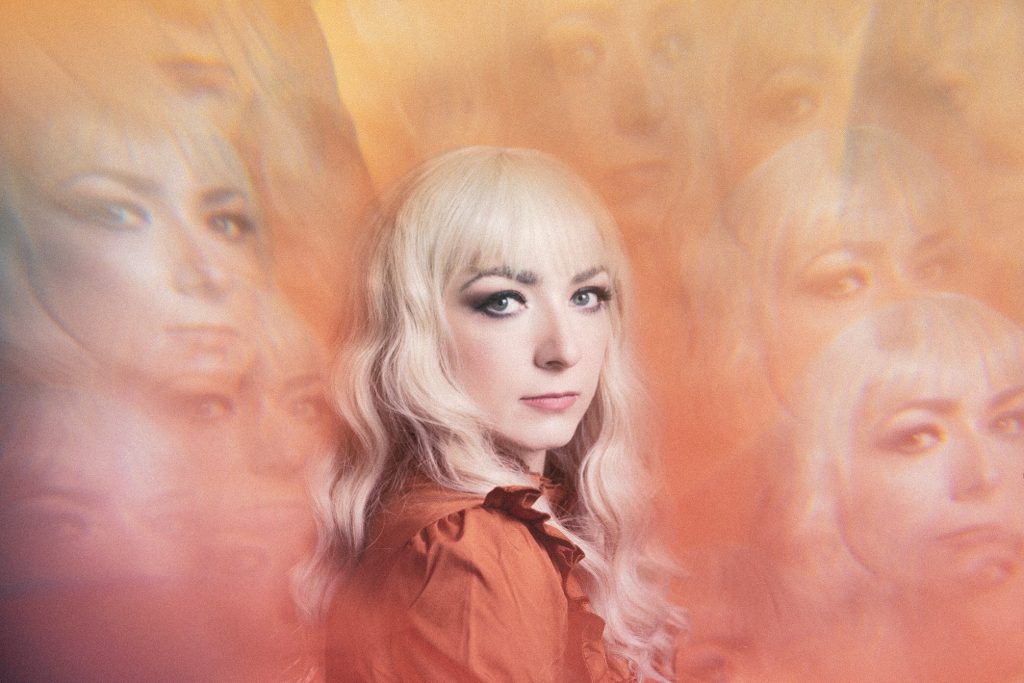 Aiming to ‘Step Right Back In’: Rachel Brooke (Photo/Jess Varda)

It all started with The Banjo Picker and Friends.

Rachel Brooke was reared on northern Michigan music, especially the bluegrass scene where the teenage guitarist joined her banjo-playing father, Barry Van Guilder, for performances across the region.

So years later, to no one’s surprise, Brooke made a splash of her own in the vintage country and roots scene. 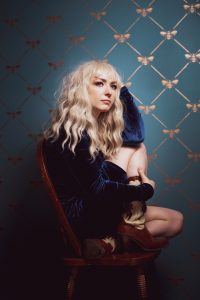 She earned widespread attention from national media outlets for her “twangy voice,” authentic delivery and “incendiary” music displayed arrestingly on albums such as 2012’s “A Killer’s Dream.”

Now, Brooke – who resides in the tiny hamlet of Lovells, about an hour east of Traverse City – is poised to release her first solo album in eight years.

Set for an Oct. 23 release on her own Mal Records label, “The Loneliness in Me” reflects the “simultaneously retro and modern” vibe of an “old-school country, silver-throated cowgirl” from the Michigan woods who’s turned heads in the past.

But this time around, the album boasts what Brooke describes as “more thoughtful” and mature songwriting.

“It’s like a bigger picture. I feel like I learned a lot, especially about songwriting over the past few years, and really gotten better,” she said, noting she’s now married and has a 5-year-old son.

“My priorities during that time between 2012 and now had definitely changed. It was almost like this time had passed and my soul had rested or something. Now, it was finally seeing the potential – like seeing the songs over the past couple of years and finally writing them.”

Teaming up with her musician husband, Brooks Robbins, to write songs for the new project also proved inspirational.

“One of my best memories of this whole album is writing those songs with him because it was really cool,” said Brooke, who also performs with Robbins in the psych-Americana group Modern Mal, which released a full-length recording in 2017.

“We’d put my son to bed and then we’d get some wine and sit in the back room and just write together. It’s become one of my new favorite things. It was like magic.” 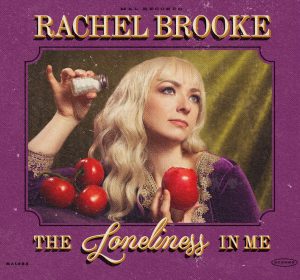 Set for Release in October: ‘The Loneliness in Me’

“With this release, I tried really hard to make it stand out. I feel like I’ve been away … kind of on the back burner of a lot of things, and my hope is that I can step right back in,” said Brooke, who releases the album’s title track to Americana radio stations in late September.

“I feel like the record’s good enough. If people hear it, I think they’d like it and it could deserve some good attention. But whether or not that happens is the mystery I guess.”

Part of that mystery involves a singer with a “Michigan twang” who creates what her publicist calls “a sound reminiscent of Nashville’s golden era with a decidedly 21st-century sensibility.” It all springs from an artist who falls outside of Nashville’s country scene.

“I almost feel like I’ve kind of veered a little bit away only because I know it’s pretty hard to compete in Nashville,” she said. “Being away from it gives me something different and something unique, you know?”

That uniqueness can be traced to northern Michigan. Brooke maintains the region has spawned an “unbelievable” network of talented musicians, including her much-admired father, who passed away last year.

“Everybody kind of has a connection to each other in some way,” she suggested. “It’s kind of cool up here.”

So even though Brooke and her family have considered a move to the Detroit area, the singer insisted her “heart is in northern Michigan.”

“Hopefully, by next summer, I can get out there and maybe connect a little bit more and play some more festivals and stuff up here,” Brooke said. “With this album, it can help push me out there again.”