Created by a South Bend tech startup, the innovative app is being embraced by some West Michigan acts as a way of connecting with fans and monetizing their performances. Get the details at Local Spins. 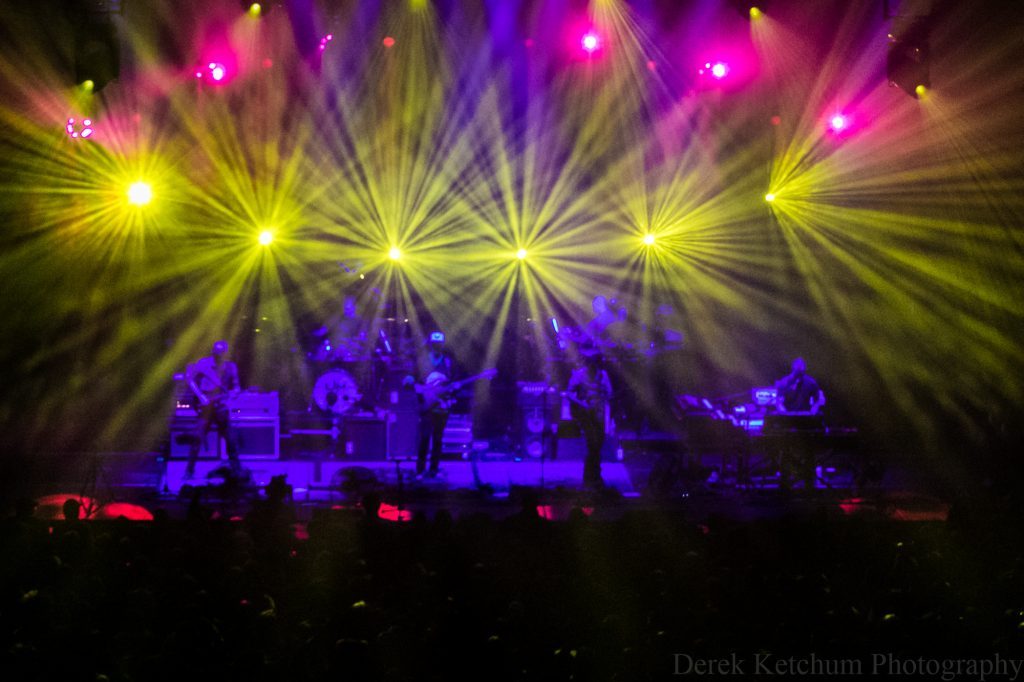 The joys of standing over a jukebox in a friendly dive is a simple but familiar feeling. Electronically flipping through rows of CDs becomes a scavenger hunt of sorts.

Now, imagine being at a concert with a live band and having the same option. You pull out your phone, scan a QR code, open an app, and select the next song you want the band to play from a predetermined list.

Juke is the first of its kind: an app that does exactly this while rewarding bands with monetary tips from fans. “The response has been great. I was surprised initially how many artists who primarily play originals were really into Juke. What I realized is that they resonated more with our mission and vision than the current version of the product,” said Griffin Eaton, one of the co-founders of Juke.

“Our mission is to make it easier for musicians to monetize their talents. This appeal began immediately to influence our product roadmap and led to Juke being used by bands like Umphrey’s McGee and Desmond Jones.”

Based in South Bend, the tech startup focuses on the music and entertainment industry, bridging the gap between audiences and performers. It allows audiences to make requests and attach tips electronically. On the artist side, performers set the parameters for what they’re willing to accept as a request.

Another component of Juke is the option for artists to utilize their song request profits to benefit a charitable organization of their choice.

At a Desmond Jones show at The Intersection over Thanksgiving weekend, money was raised for GrooveSafe, an organization dedicated to stopping sexual assault at shows and promoting consent culture. At a recent Umphrey’s McGee show in South Bend, the band raised over $6,000 for the South Bend Center for the Homeless by taking suggestions for its encore.

“I think most performers can relate to having like some kind of incident where an audience member is demanding a song or getting in your face. This mitigates that ever from happening,” said Eli Kahn, a musician and venue consultant for Juke who recently showcased an installation during Grand Rapids’ ArtPrize competition.

“I love that they’re helping artists monetize the talents that they’re already using to make more money, or raise money for things that they care about. Both of those things are really important. Performing artists specifically have had a pretty tough go of it since COVID. And this is a way for audiences to show additional appreciation for their talents.”

Other performers familiar to West Michigan audiences also have signed on, including Nicholas James Thomasma and Rick Chyme. Juke will be used at Thomasma’s Thursday (Dec. 9) show at Electric Cheetah Cascade, GrooveGround’s Dec. 15 appearance at Tip Top Deluxe Bar & Grill, After Ours’ Dec. 17 concert at Stevensville’s Watermark and at Cosmic Knot, After Ours and Brooklyn Kohl’s Dec. 22 show at Tip Top Deluxe (where request-driven tips will support Kids’ Food Basket).

Kahn, who tours and performs with the band After Ours, which plays frequently in the Grand Rapids area, caught wind of the app by utilizing it at one of his shows. After the experience, he wanted to get involved and provide an artist’s perspective for the startup. 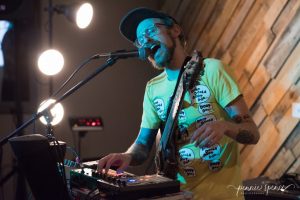 “Performing artists and audiences are in a partnership, you know. They are experiencing what’s being put out energy-wise on stage and artists are nobody without their audience,” Khan said.

“I think it’s important to help connect people through familiar material, whether it’s a cover or an original, in a way that makes the audience feel heard while allowing the artist to engage and make more profits for themselves or a foundation that they care about.”

The project began when Griffin was out to see a friend perform at a local brewery. He found himself torn between wishing he could request a song, but unsure about which covers his friend might know and not wanting to interrupt the show.

That experience blossomed into the framework for Juke. He quickly assembled a team and took his idea for a test run. He set up shop at a friend’s show with a small table, a printed list of covers the band knew, and a credit card reader.

A staggering number of fans approached to request songs and they tipped handsomely. From there, a platform was created. Juke became a business and an app with a vision of engaging fans and monetizing an untapped resource for artists.

“Our immediate goal is to track our progress towards our mission and continually iterate our offering to improve the value we bring artists,” said Eaton.

“I hope the future of Juke is paired with thousands of stories about artists who found more freedom to pursue their passion and achieve their goals because we helped them create new memorable experiences with their fans, improved the growth of their following, and alleviated the financial challenges of chasing their dream.” A New Link With Fans and a Way to Tip Bands: Juke (Courtesy Photo)