The 19-year-old and his band (who play Tip Top Deluxe on Saturday) made their debut for Local Spins on WYCE, which also premiered new tracks by Mannhattan, Ernie Clark, Gasoline Gypsies and more. 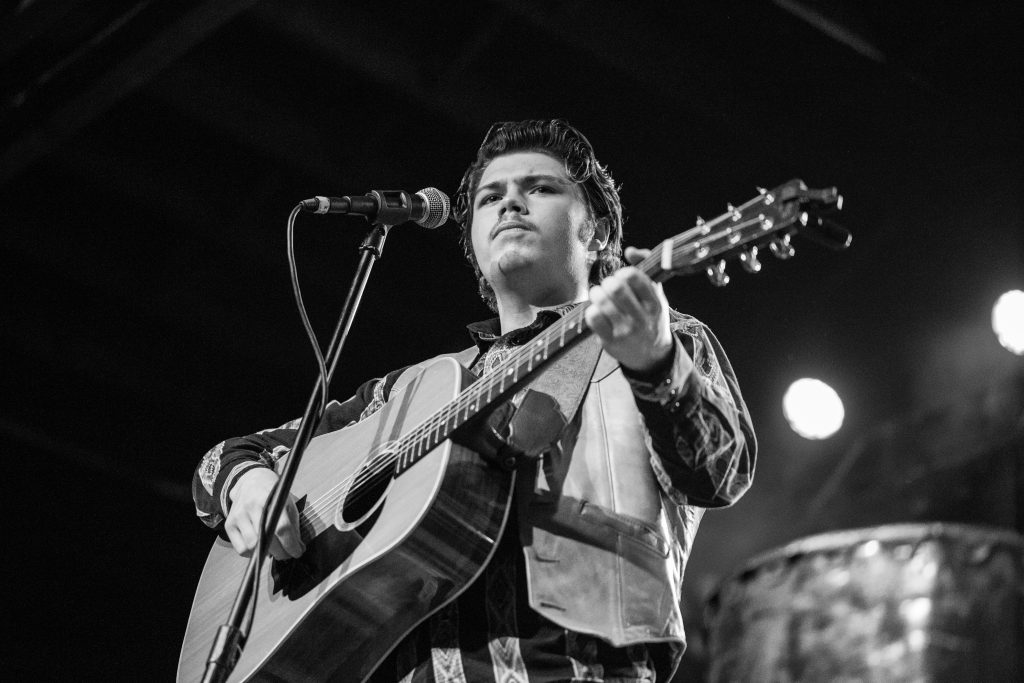 That Myron Elkins grew up in Allegan County listening to his grandfather’s vintage country music – Johnny Cash, Waylon Jennings, George Jones and Merle Haggard – says a lot about this young singer and guitarist.

And when he opens his mouth to sing, there’s absolutely no doubt: This 19-year-old clearly was born to sing country with a gritty, old-school edge.

“More than anything, I love the country musicians like Waylon Jennings and George Jones, and I try to replicate Johnny Cash all the time,” he conceded. “But I really found my favorite voices in soul music. I guess that’s where it came from. I see all of them sing with intensity. I like to sing intense, and this makes it feel like I mean it.” 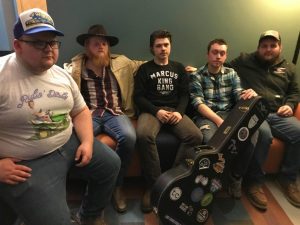 Although the graduate of Martin High School readily admits that traditional country music “isn’t that cool” among his peers, Elkins has embraced it ever since he saw the Johnny Cash biopic “Walk the Line” when he was just 5 years old.

“I just wanted to be Johnny Cash from there on out,” he recalled. “I thought it was a job. I’d walk around the house playing ‘Folsom Prison Blues.’ ”

Eventually, the love of country music “stuck forever and I got a notion to start writing my own songs because I got really tired of messing everybody else’s up.”

Elkins and The Dying Breed – lead guitarist Caleb Stampfler, drummer Ricky LaDuke, bassist McKinnon Elkins and guitarist Avry Whitaker – made an appearance for this week’s edition of Local Spins on WYCE, performing the songs “Curse the Day” and “PTSD.” The video for their in-studio rendering of “Curse the Day” (a brand new tune for which Elkins hadn’t even written the last line in his notes) is here, with the full radio-show podcast below.

Although the group featuring two of Elkins’ cousins was formed only eight months ago – assembled to compete in a local radio station’s battle of the bands – Elkins already has had a taste of the country music industry. He performed recently at Nashville’s famed Bluebird Café and attended the Folk Alliance International conference in New Orleans, where he played a Michigan Room showcase.

“I know there’s a huge market for commercial country and we will never be that,” insisted Elkins, who lives in Otsego. 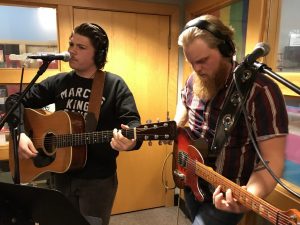 “I want people to know that. We would love to jump on a tour with somebody we respect such as Sturgill Simpson, Tyler Childers, Colter Wall. They’re making traditional music that I understand and can relate with.”

A welder who makes park benches by day for Landscape Forms, Elkins has quickly moved into the limelight in West Michigan, opening for national touring artists Alex Williams and Whitey Morgan, and playing venues such as The Intersection and 20 Monroe Live.

The band hopes to record some new demos in February, with plans for touring and eventually, perhaps, laying down tracks for a debut album.

“I would like to see us keep writing songs, stray true to us,” Elkins said. “We’re having a lot of fun. … We’ve got a pretty good circuit for music around here.”

This week’s edition of Local Spins on WYCE – which showcases local and regional music at 11 a.m. Fridays on WYCE (88.1 FM) – also boasted the on-air debut of new tracks by Mannhattan, Ernie Clark & The Magnificent Bastards, The Gasoline Gypsies, Rob Massard and Pretoria, as well as music from Carolyn Striho, Mark Lavengood (this week’s musician’s pick by Elkins), Luke Winslow-King and Cold Tone Harvest (which opens the Saturday lineup at the Ann Arbor Folk Festival). Listen to the radio show here.