In a Local Spins interview, the Michigan band frontmen talk of playing the much-delayed musical spectacle in Rothbury, which attracts more than 45,000 attendees. The story, videos and schedule. 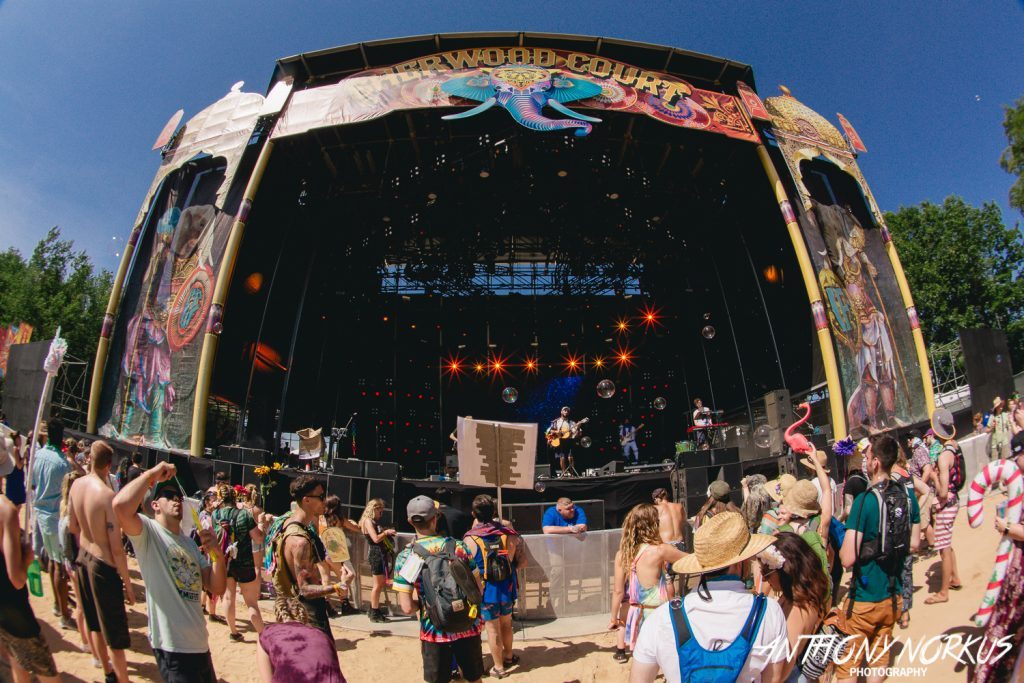 Back in The Forest: Joe Hertler & The Rainbow Seekers played the Sherwood Court stage in 2019. (Photo/Anthony Norkus)

SCROLL DOWN FOR THE ELECTRIC FOREST SCHEDULE, VIDEOS

When Joe Hertler, frontman for The Rainbow Seekers, and Michigander’s Jason Singer materialize on screen during a recent live-stream interview, they’re respectively in their “happy places.”

Singer is streaming from his new residence in Nashville, wielding his camera from a cozy sitting room.

Hertler is in a van parked at some nondescript parking lot in Lansing. That’s not to say that the parking lot specifically is his happy place, but more so that Lansing is a place of solace for him. 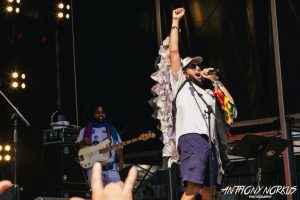 Both Michigander and Joe Hertler & the Rainbow Seekers will represent the Great Lakes State in performances at the much-ballyhooed Electric Forest in West Michigan this weekend.

Michigander will unfurl its anthemic, pop-laced rock at 5:30 p.m. Friday on the Carousel Club stage; the soulful and upbeat Rainbow Seekers will regale fans at 5 p.m. Saturday at The Observatory, in the midst of the always-resplendent Sherwood Forest.

The sold-out festival — on a COVID hiatus since 2019 — kicks off Thursday and runs through Sunday at Double JJ Resort in Rothbury, a six-stage summer spectacle that includes sets by artists such as Sylvan Esso, GRiZ, Slander, Big Gigantic, Disco Biscuits, Rainbow Kitten Surprise and many more, with 45,000-plus in attendance.

“Of all the things I’m looking forward to at Electric Forest? The hangs, of course. That’s what this music thing is all about,” Hertler insisted.

“People think they’re going for the music, but at the end of the day, music is in service of the people — an archaic tool to facilitate human connection.” Hertler and his band — who’ve played Electric Forest previously — just finished a new record and have been testing new material at shows. They’ll perform a batch of new songs as well as longtime favorites at the festival.

Michigander has been hitting the road hard over the past year, part of the band’s stratospheric rise to indie-stardom.

Recently relocating from Michigan to Nashville, a more centrally located area for touring and music business work, Singer and his band recently opened for Manchester Orchestra on tour.

“Stoked to play Forest for the first time. I think we were originally supposed to play in 2020, but obviously that didn’t happen,” Singer said.

“It’s my first time going to Electric Forest, so I’m excited to check out what all the hype is about.”

PAST LOCAL SPINS COVERAGE OF ELECTRIC FOREST: The Top 10 best things about 2019’s festival in Rothbury