Jason Singer’s latest pop collection, “Everything Will Be Ok Eventually,” wasted little time getting attention and airplay at WYCE, along with several other new releases from Michigan artists. 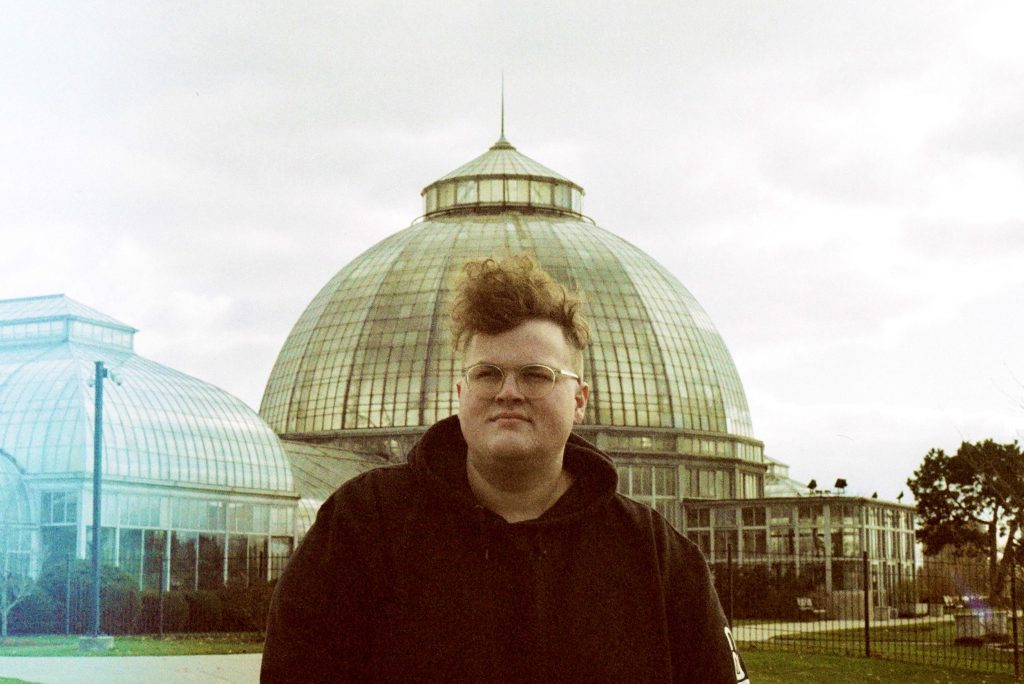 Michigan-based singer-songwriter Jason Singer, aka Michigander, should be accustomed to regional and national chart success, considering his pop anthem “Let Down” has racked up 1.2 million plays on Spotify and climbed into the Top 10 on the AAA (adult alternative airplay) charts late last year.

But there’s nothing quite like the “hometown” love of West Michigan fans who continue to embrace the music of this Midland native who recently relocated from Kalamazoo to Detroit: His brand new, six-track EP, “Everything Will Be Ok Eventually,” debuted at No. 1 on the Local Spins Hot Top 5 Chart for March, representing the local or regional release that earned the most radio airplay at WYCE (88.1 FM). 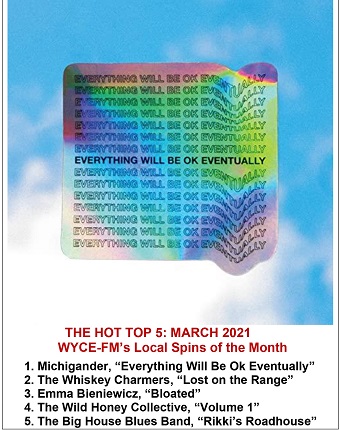 All New Chart Entries for March

“WYCE has always been such a good supporter of what I do and to know they still care about the music I make really means a lot to me,” Singer told Local Spins.

“I spent over a year working on these songs so they would be the best they could be, and it’s really nice to know that so many people are connecting with them. Feels like the hard work really paid off.”

After the “absolutely mind-blowing” success of “Let Down,” Michigander releases another track from the EP, “Better,” next week. “I have a feeling it’s gonna go well,” offered Singer.

Michigander — Singer and his band — play a socially distanced concert with Mt. Joy at Riverside Station Detroit on May 7, with hopes that touring will be “back to normal” by late summer or fall after a difficult, COVID-impacted year.

Singer wasn’t the only new entry in the March Hot Top 5 Chart.

Indeed, every artist on last month’s chart made its first appearance in the Hot Top 5, with Detroit alt-country band The Whiskey Charmers snagging the No. 2 spot with its latest album, “Lost on the Range,” followed by West Michigan singer-songwriter Emma Bieniewicz’s “Bloated,” The Wild Honey Collective’s folky “Volume 1,” and finally, The Big House Blues Band’s “Rikki’s Roadhouse.”