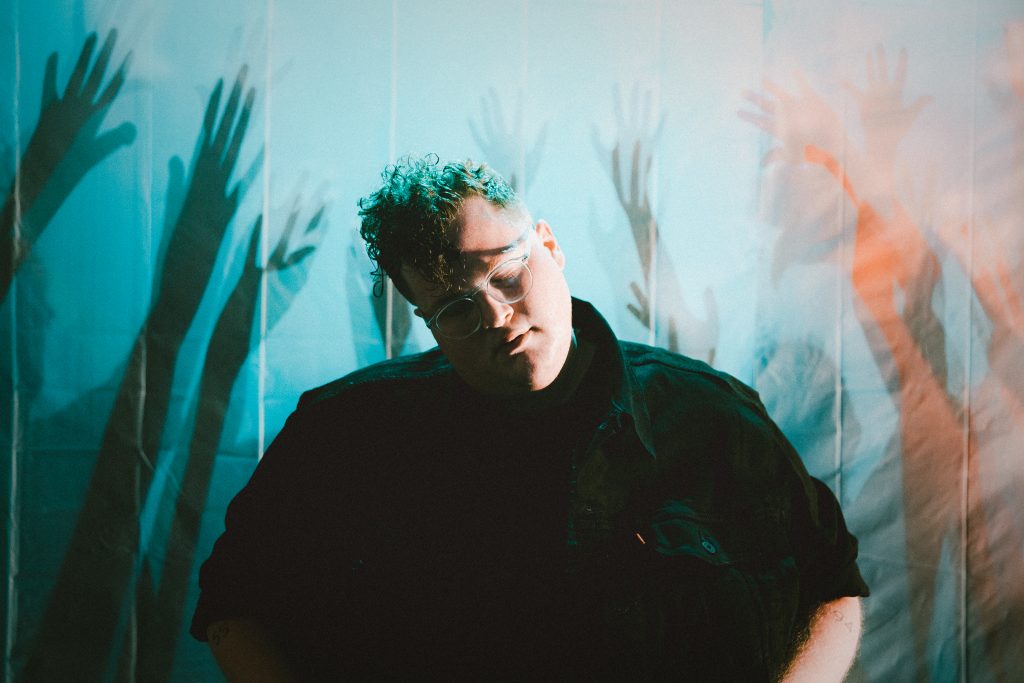 Growing National Audience: Michigander’s Jason Singer is grateful for the success of “Let Down.” (Courtesy Photo)

Climbing to No. 30 on Billboard’s Triple A National Airplay Chart, it puts Michigander ahead of stars such as Cage the Elephant, Black Pumas and fellow Michigan act The War and Treaty, and just behind Chris Cornell, The Shins and Avett Brothers.

Released last month, the confessional track boasts more than 240,000 plays on Spotify with the music video already garnering 85,000 views and counting. (Scroll down to watch the official video and a live performance.) 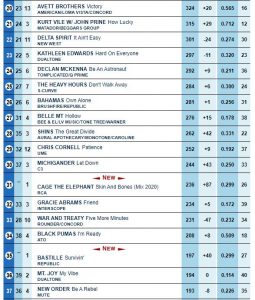 In Good Company: Michigander is surrounded by big names on the latest Billboard chart.

“This is all fairly new to me these feelings,” frontman and Michigander namesake Jason Singer acknowledged, noting it follows the success of 2019’s “Misery,” which also found a big national audience.

“It’s just cool to know that when you’re putting out music, people are going to hear it. I’ve never really experienced that before. I’m very grateful.”

So, it might surprise fans to learn the Midland-bred, Kalamazoo-based singer-songwriter nearly threw in the towel on his music career after release of the appropriately titled 2019 EP, “Where Do We Go From Here.”

“How do I top myself? I felt like quitting after that last EP just because I felt like I had hit a ceiling of what I could do on my own and how far I could take my career,” the singer and guitarist conceded. “I’m glad I didn’t quit.”

So are Michigander’s growing legion of fans who’ve continued to embrace the band’s lush, pop-fueled indie-rock music in spite of a pandemic-impaired 2020 that completely curtailed what Singer called “a bucket-list year of all the things I wanted to do my whole life.”

For this week’s edition of Local Spins on WYCE, Singer talked about “Let Down” — the tale of “over-romanticizing a relationship” — as well as a 2019 track, “Circles.” Check out the video for a live rendition of “Let Down” here and scroll down for the full radio show podcast.

Before touring and events were obliterated by COVID-19, Michigander had mapped out its busiest year yet with numerous high-profile bookings, including an appearance at Electric Forest in late June.

“It’s been kind of jarring,” said Singer. “You’re living your purpose more when you’re doing the things you love and enjoy. … I really miss the road and I think I’ve learned to appreciate shows a lot more.”

Still, with continued chart success, Singer and his band are looking forward to 2021 when they plan to move ahead with much of what they’d planned for 2020, including release of a new EP. 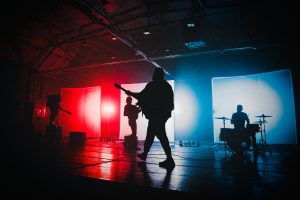 “I wanted it to be out this year, but it’s looking like it’ll be out in the spring,” he said. “It’s the best thing I’ve ever made and I’ve never worked this hard on anything. I’m very anxious to get it out.”

With national record label, management, booking and publicity behind the band, Singer is most eager to follow up that release with live shows, partly because that’s the inspiration for his writing.

“I try to be pretty calculated with it and look at it as if I was a fan of the band – which I am a fan of my own band – and what I would want to see and hear,” he offered. “I think I’ve always written songs with the live show in mind. If the song will do good (live), then I’ll bet it would be good on a recording.”

And while Singer has dreamed of opening on tour for a band like The Killers and touring the United Kingdom, he insisted he’d be happy to pack small venues of 250 to 500 people as part of “a modest but successful” career.

“I’m very content with what I’m doing right now,” he said. “I feel like for the first time in my life I’m at a point where when I release music, it’s guaranteed that a lot of people will end up hearing it. That’s a pretty wild feeling.”

To donate to WYCE during its Fall Fund Drive, visit wyce.org.