The Holland area group’s new album showcases obscure Michigan folk gems, with another record on the way. Check out their performance for Local Spins on WYCE and hear song debuts by other local artists. 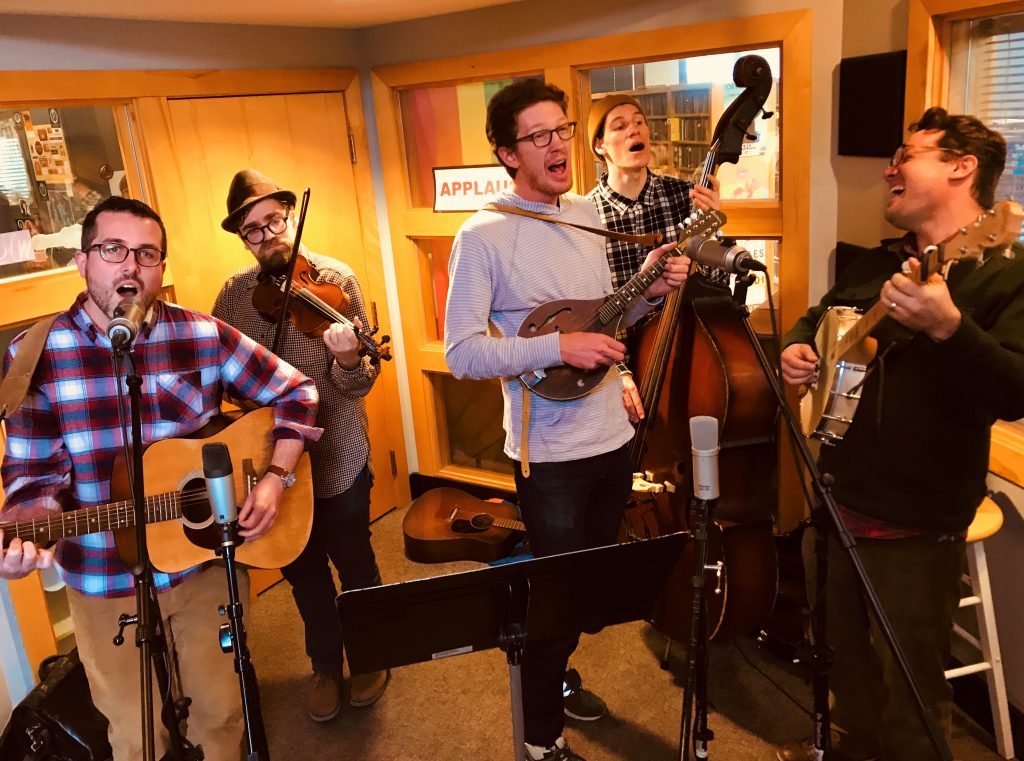 When “song collector” Alan Lomax was sent by the Library of Congress in the 1930s to document the rich history of Michigan folk music, he unearthed a treasure trove of gems recounting stories of mining, logging and shipping.

Eighty years later, a group of West Michigan musicians has revived and reimagined those “forgotten folk songs” as part of the “Michigan-I-O” album released this summer.

“We couldn’t believe there was all this material out there that many people haven’t heard of,” Holland singer, banjoist and guitarist Andy Bast said of the historic folk tunes. 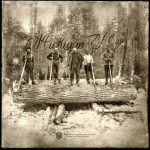 “We found a bunch of songs we loved, and we went up north to the Upper Peninsula and re-recorded them, reimagined them. We basically only do songs that were written before 1940, but they’re still new.”

Bast and his Michigan-I-O bandmates discovered that bygone Great Lakes music thanks to a public radio project that recently digitized the field recordings Lomax made starting in 1938, traveling through Michigan and Wisconsin to interview singers and document musical tales.

“It’s fascinating to hear these songs that are written about the places that we know, but were just so very different back then,” said guitarist and singer Noah McLaren. “I love imagining just the wild world that they inhabited, these writers.”

Earlier in the day, Michigan-I-O also performed two tunes – “Traverse City” and “Red Iron Ore” – on the air for this week’s edition of Local Spins on WYCE. Check out the video here, and scroll down for the full radio show podcast.

“No one that we’ve played for has heard any of these songs,” Bast said of tunes with titles such as “The Lumberjack’s Alphabet,” “Inland Lakes” and “Johnnie Carleses’ Lumber Camp.”

“We think of it as a chain and we’re just one link in this chain. Maybe Alan Lomax was another link in this chain … where he found these songs that could have died out, and went into pubs and went on people’s front porches and had a huge recording rig with him in the ’30s. 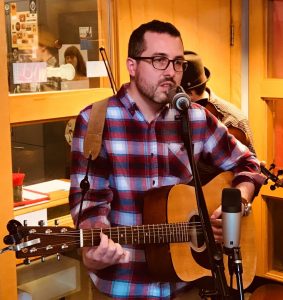 “He was just an adventurer and found these people and had them sing into their microphone back then. Due to the Library of Congress, we heard them anew and now we get to share them live.”

Gabhart said members of Michigan-I-O are friends and acquaintances from Hope College and Western Theological Seminary who’ve performed in various capacities and “played a lot of church music together” over the years.

They also all “have a love for folk music,” Bast added, noting they plan to hunker down in another northern Michigan cabin next spring to record a second volume of these obscure folk gems.

“It’s kind of nostalgic, but it’s also new,” he suggested. “We’re definitely adding our own spin to it. We like to think of it as a living tradition that we’re just part of.”

The Nov. 1 edition of Local Spins on WYCE – which showcases Michigan-bred music at 11 a.m. Fridays on WYCE (88.1 FM) – also featured the on-air debut of new tracks by ttypes, Basic Indigo, Jack Droppers & The Best Intentions (this week’s musicians’ pick by Michigan-I-O), Holy Fangs, The Soods, Neon Birdhouse and Sadie Bass, as well as songs by The Crane Wives and The Smokin’ Dobroleles. Listen to the podcast here.