For the sixth year, Michigan House will set up shop in Austin for South by Southwest, promoting Michigan music, entrepreneurs and innovation. See which Michigan bands are playing this year’s show. 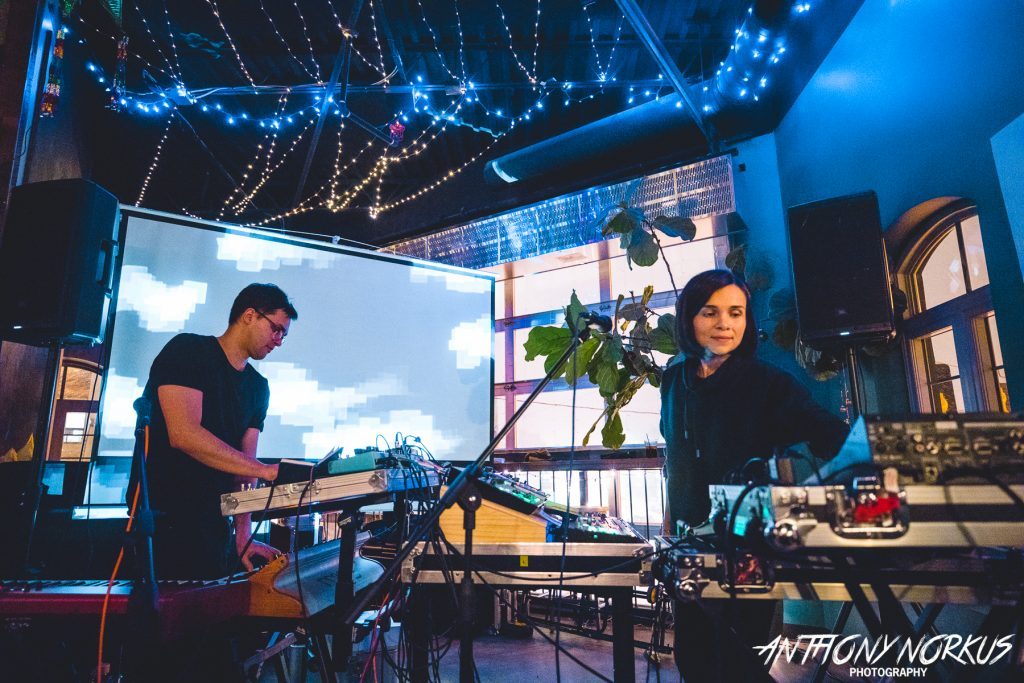 SCROLL DOWN TO LISTEN TO MICHIGAN HOUSE 2020 ARTISTS

When Michigan House descends on South by Southwest 2020 in Austin, Texas, in March, the pop-up venue will once again fill its stage with artists representing — and championing — Detroit and Grand Rapids.

For the sixth straight year, Michigan House will set up shop at the world’s biggest music festival and conference, this time in a new location and with a new passel of Great Lakes State artists. 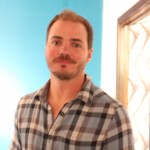 “We’re planning four full days of programming, highlighting everything from the Michigan entrepreneurial culture to mobility to the outdoors to music,” said Ted Velie, who helps coordinate Michigan House activities during SXSW.

“We’re trying to provide a platform for innovative Michigan people and organizations to connect to SXSW’s global audience of leaders, influencers and investors. We want to change the narrative that’s out there about what’s happening and is possible in Michigan.”

For Pink Sky, the Austin trip will be a new experience.

“This will be our first time at SXSW, so we’re thrilled and grateful to be a part of Michigan House’s showcase,” said Pink Sky’s Ryan Hay. “We’re still working on (booking) shows on the way down and back.”

Michigan House will operate March 13-16 in a new location not far from the Austin Convention Center at 206 E. 4th St. and “very much in the middle of all things SXSW,” Velie said.

For the closing show at Stay Gold nightclub, Michigan House selected artists after “a statewide call out for submissions” from bands and solo acts. 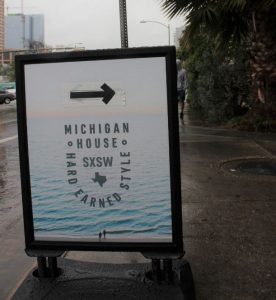 Pointing to Michigan’s Creative Power: Michigan House will be housed in a new location in Austin. (Photo/Anna Sink)

More than 300 applied, Velie said, “so we’ve listened to a lot of Michigan music over the last couple months and are really excited to show off some of the talent all around us.”

The announcement of Michigan House bands comes as Pink Sky prepares to work with a new record label: Circa Recordings, which is based in Los Angeles and Chicago and “building a roster of modern classical composers, avant-garde and electronic artists.”

“We’re thrilled and honored to be a part of their roster,” said Hay, noting Pink Sky just announced the label signing on Thursday. “We are also really grateful for the positive responses to Pink Sky, especially since we started the band with no expectations other than to have fun making beautiful, dancey, emotional music together.”

Before heading to Austin, the band plans to celebrate the Circa Recordings signing with a Feb. 28 show at The Pyramid Scheme in Grand Rapids where Pink Sky also will release its third LP on vinyl along side its first remix album, “Meditations Reworked.” The remix features six Michigan artists and six unique styles of electronica. 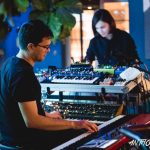 Jordan Hamilton and FRED will also be part of the Feb. 28 show. (Pink Sky also plays the Feb. 14 WYCE Jammie Awards show at The Intersection.)

The Michigan House event at Stay Gold, of course, isn’t the only place that Michigan artists will be performing in Austin during the conference and festival, which boasts performances by more than 2,000 acts over several days at a plethora of venues.

Get more information about SXSW online here and revisit Local Spins’ coverage of past Michigan House and SXSW events.