Billy Strings was “completely blown away” by the honor, made as part of today’s Grammy nominations announcement. Award winners will be announced on Jan. 31. 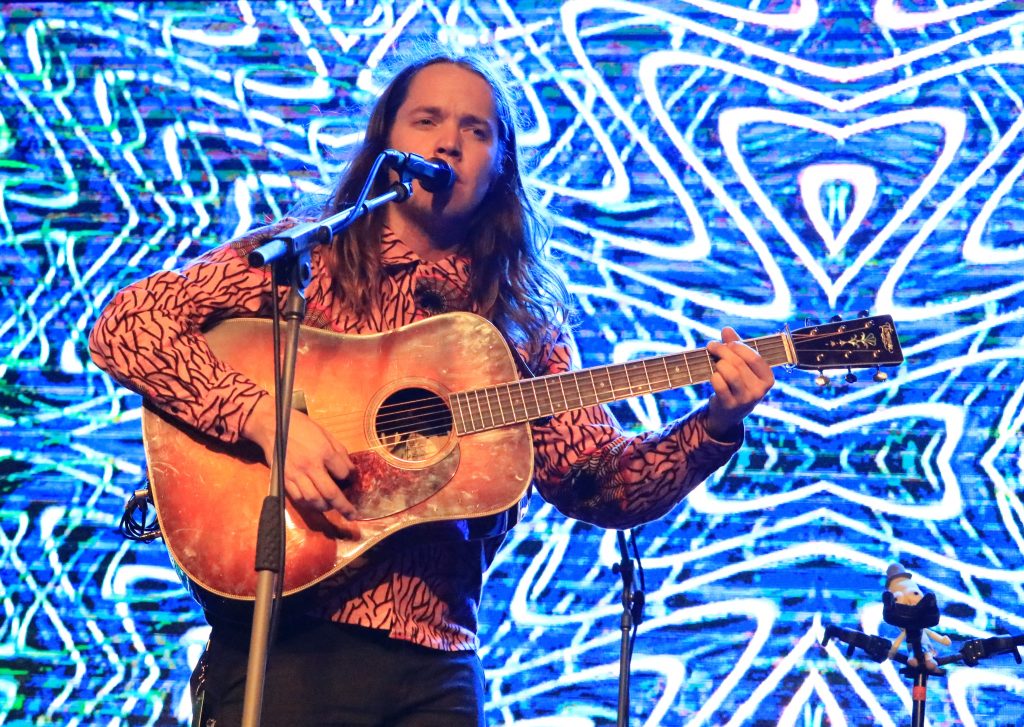 Thanks for “the Love and Support”: Billy Strings is now a Grammy nominee. (Photo/Anna Sink)

It was bound to happen.

After a banner year in 2019 – with a No. 1 bluegrass album and sold-out national tour – Michigan-bred guitar hero Billy Strings has weathered the coronavirus pandemic with a series of attention-getting live-stream concerts, a network TV debut on “Jimmy Kimmel Live” and an upbeat attitude.

Now, the Ionia native has really hit the big-time: Billy Strings’ latest studio album, “Home,” has been nominated for a Grammy Award for best bluegrass album. 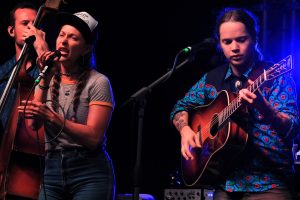 Michigan Icons: Billy Strings and Lindsay Lou are the featured artists for December in the Local Spins 2020 Calendar. (Photo/Anna Sink)

“Considering the year (2020) that we’ve had, it lifted our spirits,” Apostol told Local Spins in a phone interview from Nashville.

“I was pretty blown away. … We’ve been acknowledged by our peers and to get nominated for a grammy is one of the highest honors in the industry as far as an award goes. It feels crazy, dude. I’m just a little kid from Muir (outside Ionia) and I definitely didn’t expect it.”

“Home” soared straight to the top of the Billboard bluegrass chart after its release. It was produced by East Lansing’s Glenn Brown and Billy Strings.

“I’m really proud of that record and I’m proud of the band. I’m kind of excited for everyone else in a way who had something to do with it,” Apostol said of his bandmates Billy Failing, Royal Masat and Jarrod Walker. “The band deserves this. They’re amazing. I was really stoked to tell these guys, ‘You played so good on this that you got nominated for a Grammy.’”

The guitar whiz previously has been honored as guitar player of the year and new artist of the year at the International Bluegrass Music Awards.

Apostol, who now makes his home in Nashville, wrapped up his sold-out, 2019 national tour in Grand Rapids on New Year’s Eve with a jam-packed, hometown show at The Intersection. He followed that in February – prior to the COVID-19 shutdown – with a special Michigan mini-tour of smaller venues (including Ionia Theatre), performing as a duo with his stepfather and mentor, Terry Barber.

In addition to lots of fishing and quarantining due to the pandemic, Apostol said he’s spent part of the mostly silent 2020 working on new songs, with plans for reuniting with his bandmates in person to work on fresh material in coming weeks.

Much of the national media attention on the Grammy nominations announced today, of course, was focused on mega-stars in the pop field such as Beyonce, Post Malone, Haim, Billie Eilish, DaBab, Dua Lipa, Black Pumas and others, but another Michigan legend – Detroit’s Bettye LaVette – also was nominated. Her latest release, “Blackbirds,” is nominated for best contemporary blues album.