‘One way or another, I’m gonna figure it out.’ Michigan native Andrew Tkaczyk, 28, of metalcore band The Ghost Inside, has left Grand Rapids’ Mary Free Bed after rehab for leg and other injuries sustained in a November crash in Texas. And he’s intent on getting back on stage. 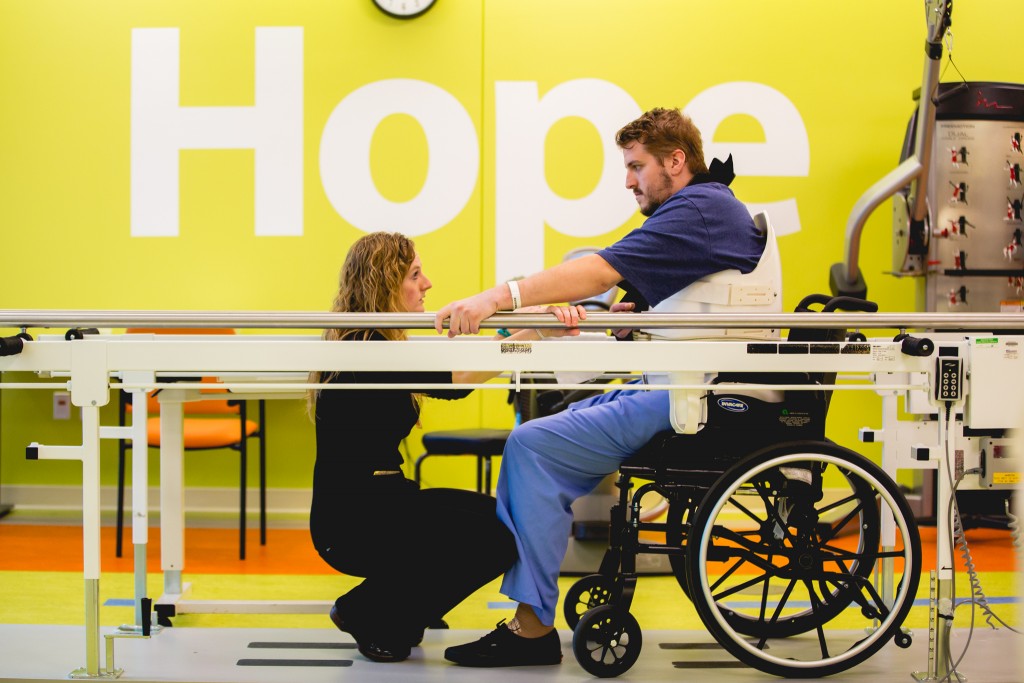 In the early morning hours of Nov. 19 just outside El Paso, Texas, while most of the melodic hardcore rock band was asleep after a late-night show, The Ghost Inside’s tour bus collided head-on with a semi tractor-trailer.

“I woke up in a debris of wreckage,” recalled drummer Andrew Tkaczyk.

“I saw that I was outside and I could smell diesel fuel, and I was pretty disoriented. I could tell I was injured badly; I could tell my leg was broken by looking at it. All I could tell myself was just ‘stay alive, just keep breathing.’ Then I went into shock.” 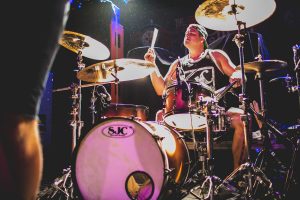 On Stage: Tkaczyk with The Ghost Inside during a Grand Rapids performance in 2012. (Photo/Anthony Norkus)

Both the driver of the truck and tour bus died at the scene.

Now, more than two months and countless hours of rehab later, Tkaczyk — a Charlotte native and former member of Lansing’s For the Fallen Dreams — lay back in his hospital bed, recalling the accident, his journey to recovery, and the long road he has ahead.

“We had been on tour for about a month and we had a week left. We had played San Antonio and had the next day to drive to Phoenix. It was early morning the next day.”

Tkaczyk was flown to El Paso for emergency surgery. He suffered a long roster of injuries, including trauma to the head, neck, spine, shoulder, abdomen and a broken right leg that had to be amputated from the knee down due to infection. He had to undergo intubation for ten days and awoke to the devastation the crash had wreaked on his body.

After weeks of recovery in Texas, Tkaczyk was flown home to Michigan for more recovery and rehabilitation at Mary Free Bed Rehabilitation Hospital in Grand Rapids.

“When I first got here I could barely move my hand and my leg was in worse shape and I was just laying here and couldn’t do much,” he said. 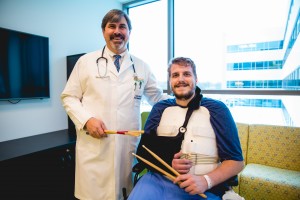 Dr. Stephen Bloom, Mary Free Bed’s medical director of brain injury and trauma, said anyone reviewing Tkaczyk’s medical records might believe “he should have been dead at the scene, if not by the time he got to the hospital. His injuries were pretty extensive. There was blunt trauma to his whole body. He had to have his spine fused, he was wearing braces. We had to do more surgery on his leg, his shoulder was dislocated out of the socket. When he got up here, he was barely able to move that hand at all.”

After working with Bloom and the rehabilitation team at Mary Free Bed daily for five weeks, Tkaczyk can now stand, pivot and is much more mobile.

He can also move his right arm and hand significantly more than he could before, something he displays as he sits up in his bed, grasping one of the many drumsticks that rest on his nightstand. His fingers wrap around the stick and he comes close to making a fist.

After discharge, Tkaczyk is heading home to Charlotte this weekend before starting outpatient therapy.

And although his instrument of choice requires vigorous use of all limbs, Tkaczyk is determined to get back to the drums and back on the road with the Los Angeles-based band. He’s been playing with Epitaph Records’ The Ghost Inside since 2011. He previously was a member of metalcore’s For the Fallen Dreams. 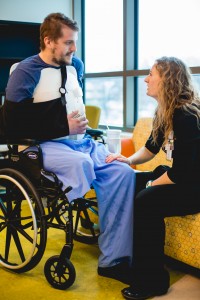 Bloom said the first step in outpatient therapy is first to “restore his regular function and then we’ll start to address those other things, drumming being a major part of that.

“It’s going to involve custom-made prosthetics for his right leg that will have to be adapted for his kick pedal, which we’ll make right here at Mary Free Bed. There’s wonderful drummers with disabilities out there who have adapted to this. Our goal is to get him back on the road.”

Bloom, a drummer himself in the band Mid-Life Crisis, said he attributes much of the speed of Tkaczyk’s recovery to the muscles, neurological wiring and high motor input in his brain from drumming for years. Tkaczyk and Bloom also have also bonded over their love of music and drumming.

“I wake him up first thing in the morning and we’ll usually talk all the medical things, and then kind of invariably at the end of it, it erodes into drumming,” Bloom said. “I told him I’d try to learn some metal if he’d try to learn some classic rock.”

In the wake of the accident, The Ghost Inside received an enormous amount of support from fans, friends and family. Multiple fund-raising platforms were started to help the band pay for medical bills and transportation costs back home, including a Gofundme page that raised over $150,000.

The band’s label, Epitaph Records, also arranged to have all proceeds from record sales go directly to the group.

“It’s been eye-opening. It’s made me look at life differently and not take those little things for granted,” Tkaczyk said. “It kinda makes me see that side of everything. I’ve been trying to have a positive attitude towards it and not get down, cause I don’t think that helps in a situation like this.”

PHOTO GALLERY: Andrew Tkaczyk of The Ghost Inside (Photos by Anthony Norkus) 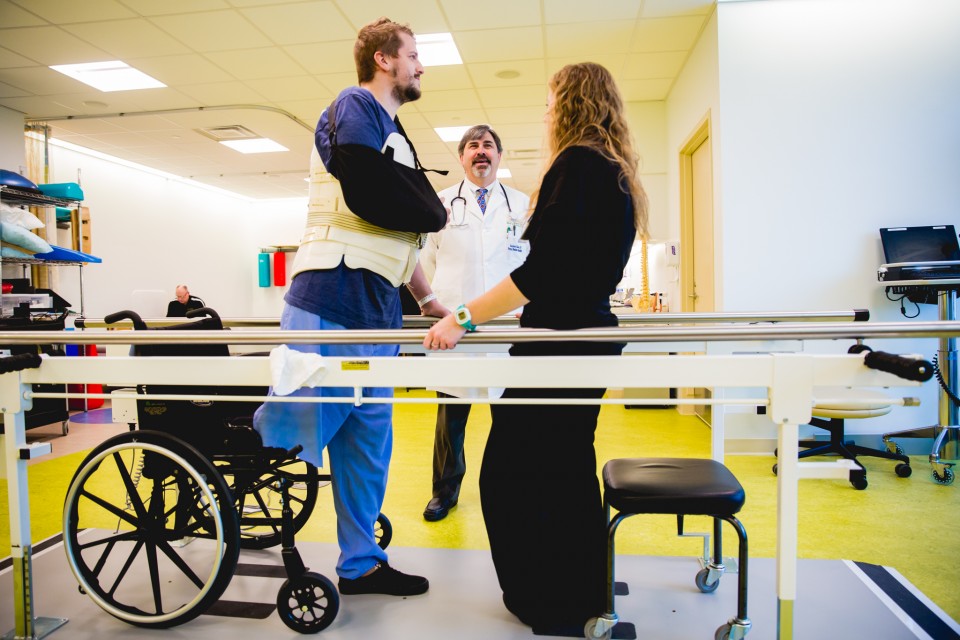 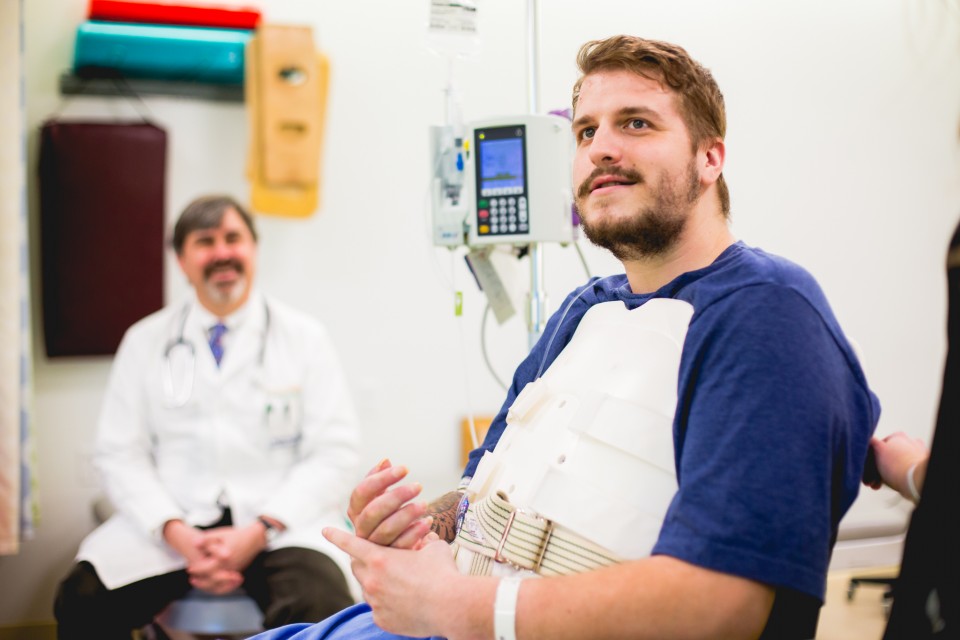 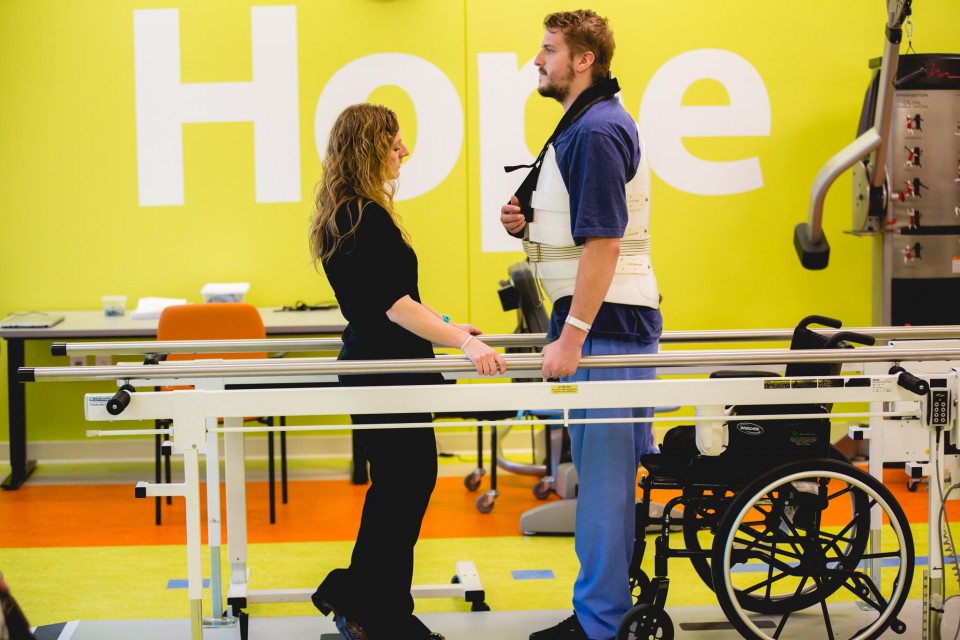 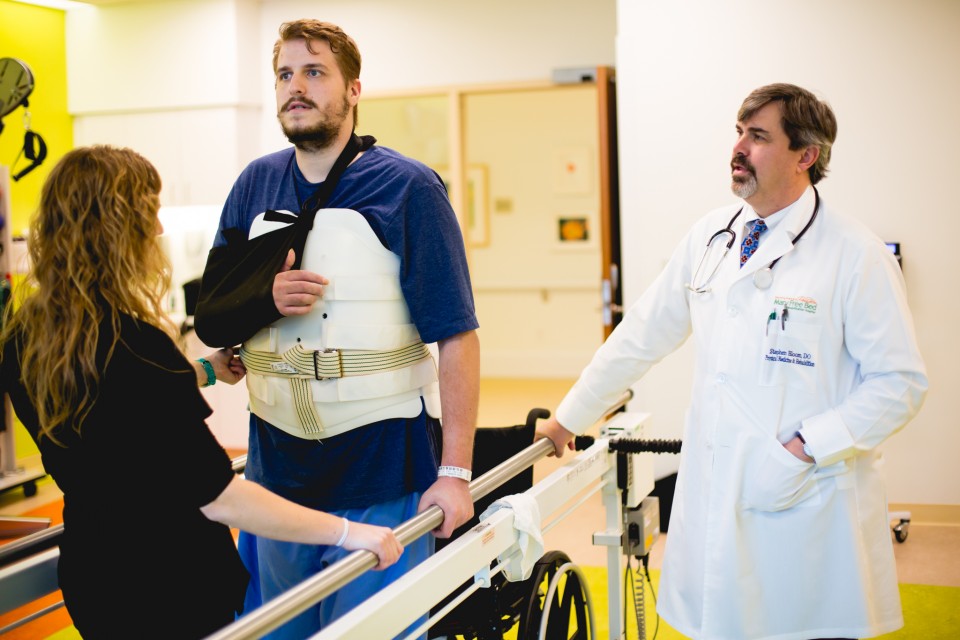 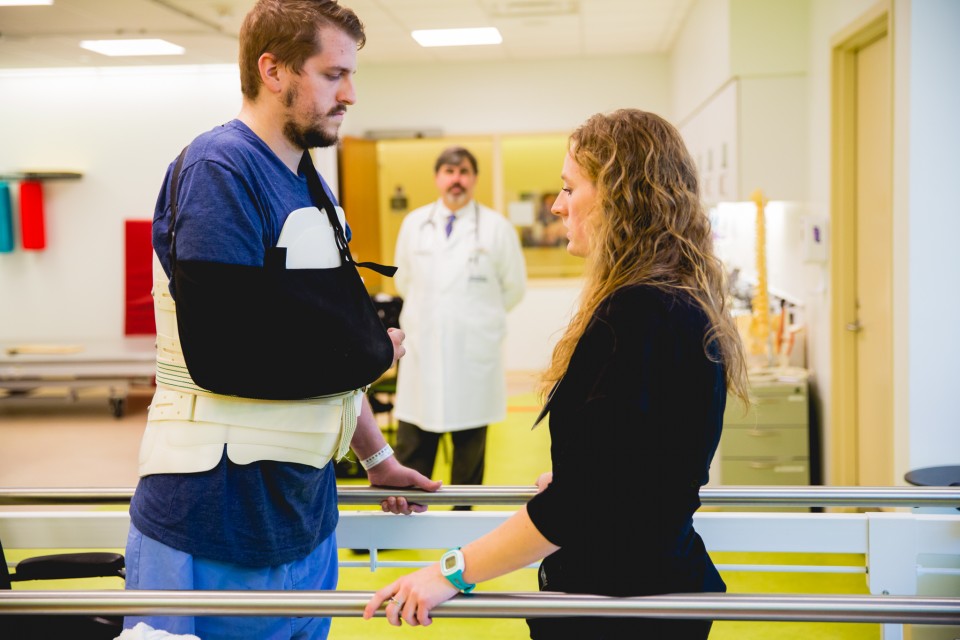 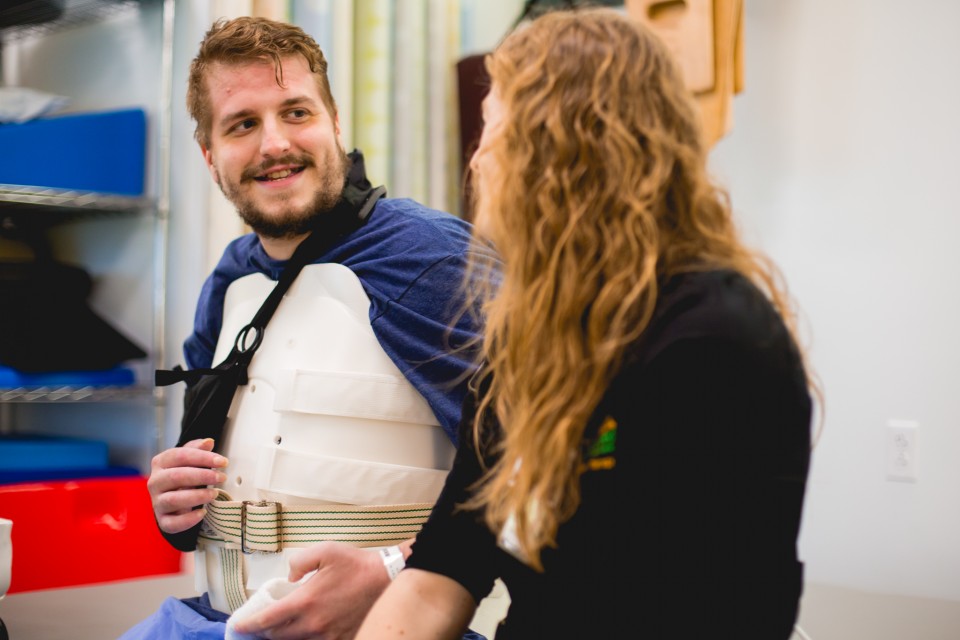 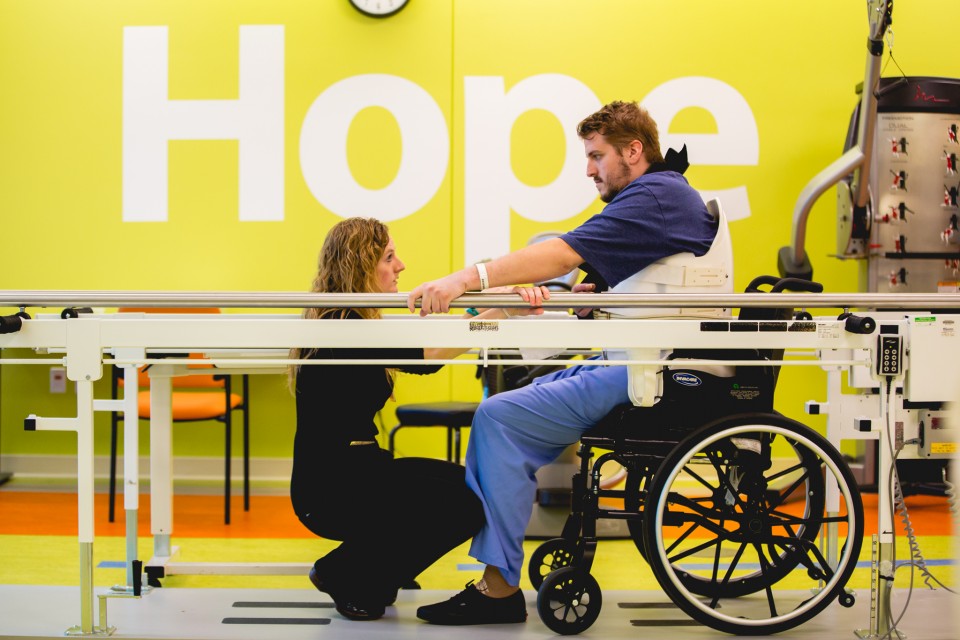 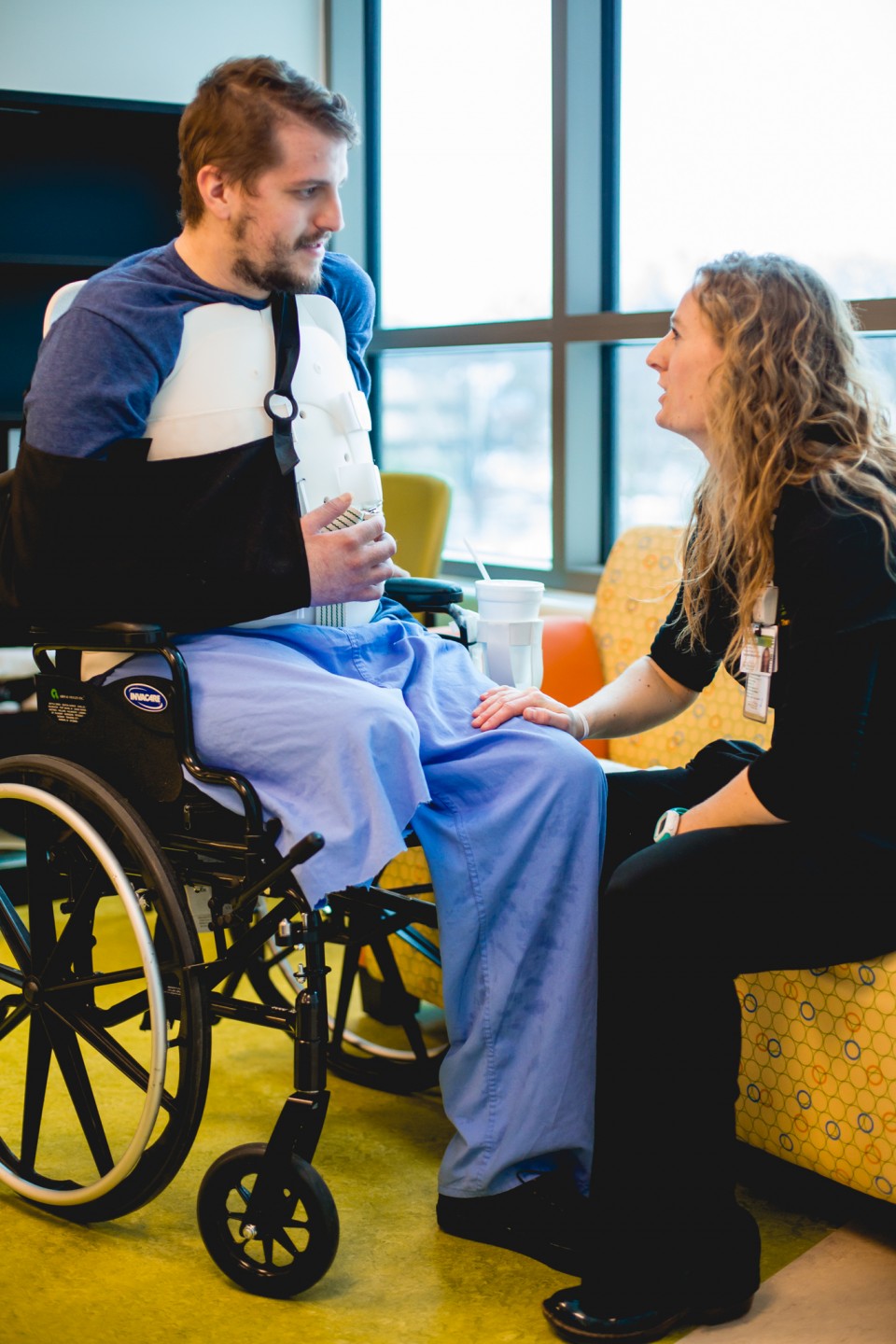 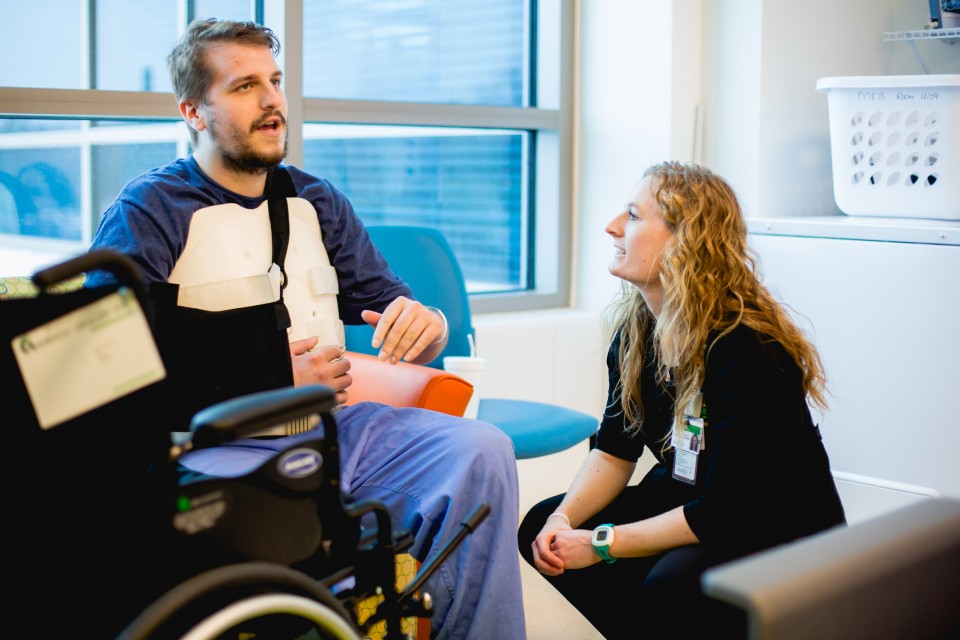 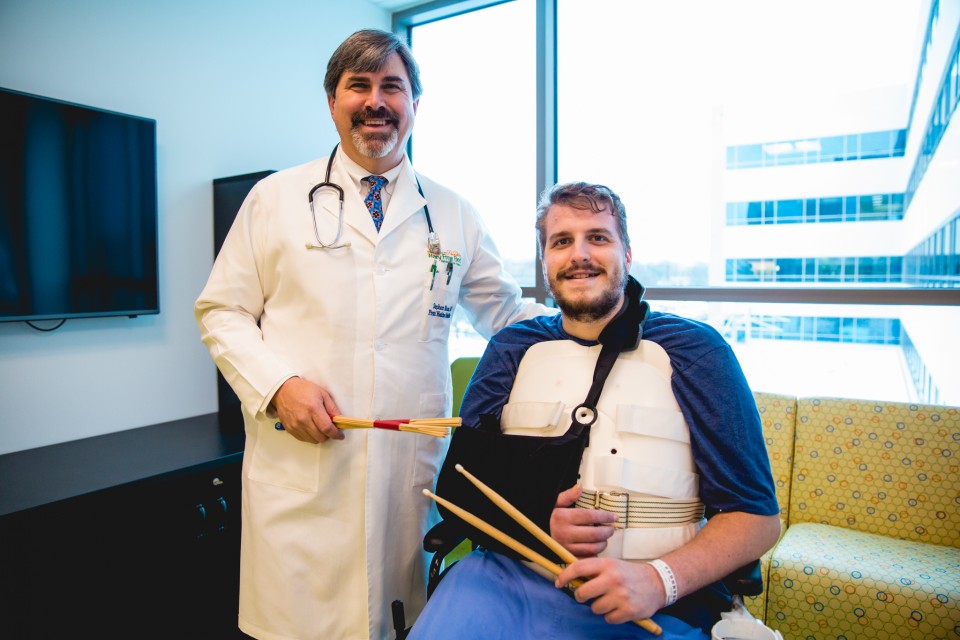 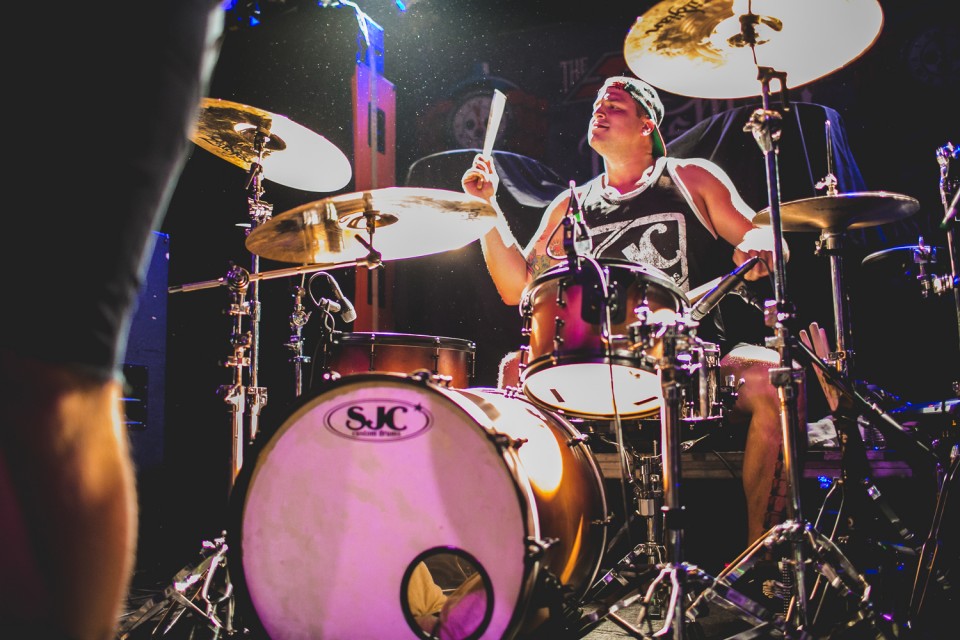 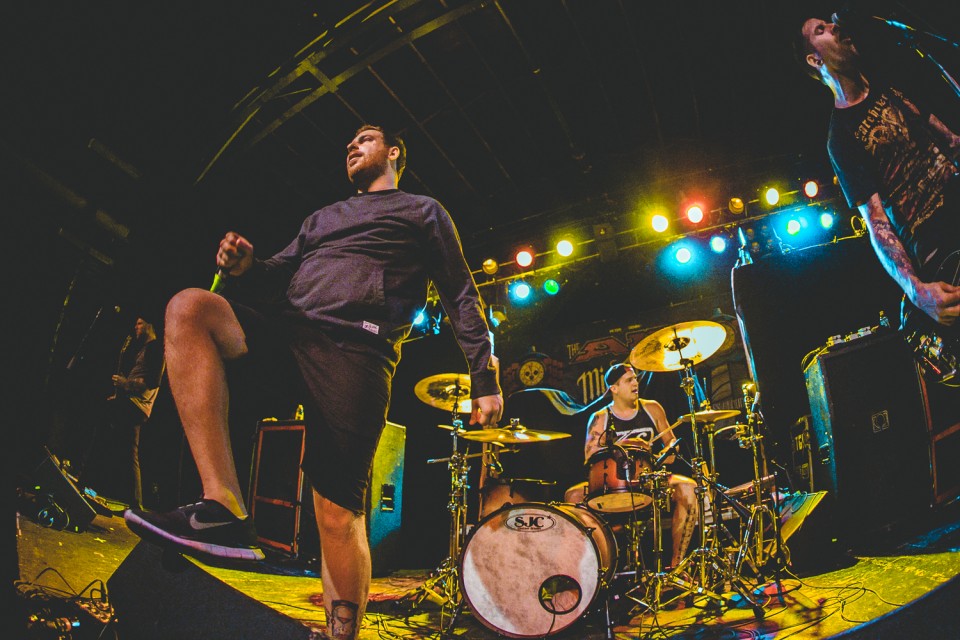 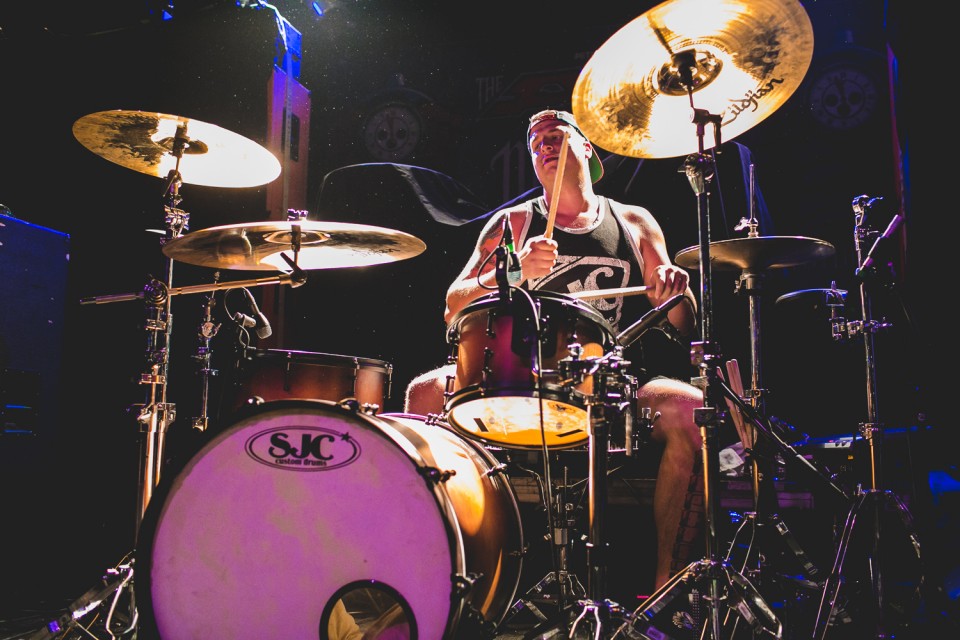 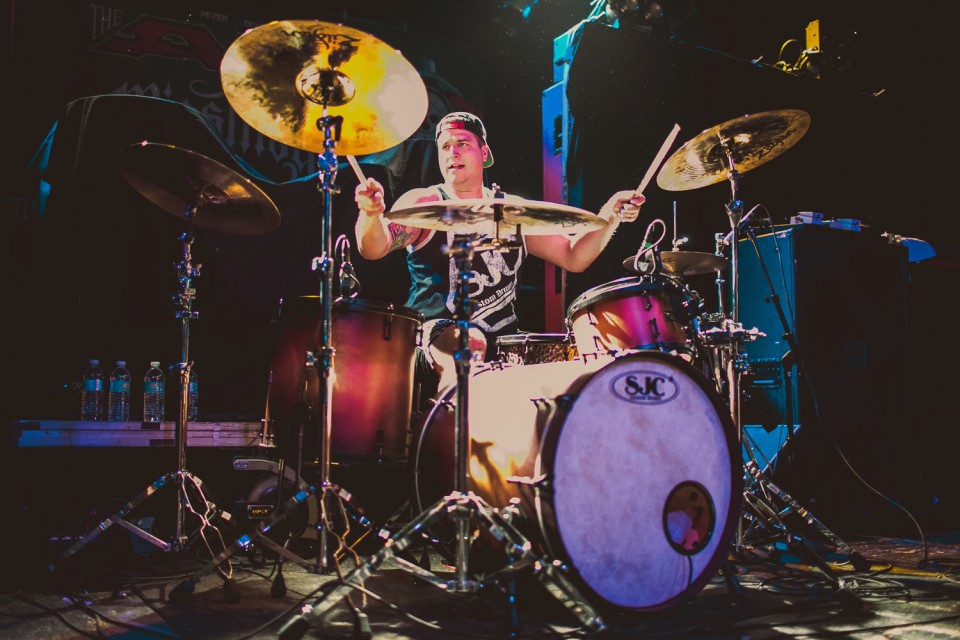