The Gaylord native proved her mettle as an emerging country star by coming in second on the show’s 12th season after conceding she was “completely overwhelmed” by her fans’ support. (Videos) 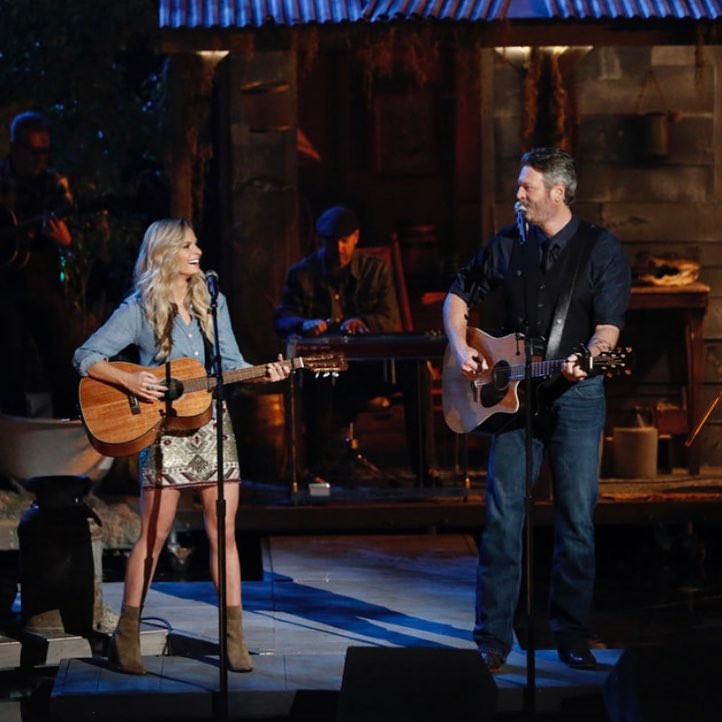 In the end, singer Lauren Duski was the gracious runner-up.

The country singer who lives in Nashville but was raised in Gaylord, Michigan, finished second Tuesday among the four finalists on NBC’s “The Voice”, with Knoxville’s Chris Blue capturing the crown on the 12th season of the popular TV talent competition. 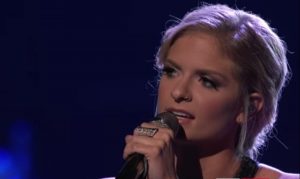 No. 1 on iTunes: Lauren Duski’s “Deja Vu” went straight to the top of the chart.

Tabbed as the show’s frontrunner in recent weeks, Duski had impressed judges and audiences throughout her run on this season of “The Voice,” even getting a chance to perform a duet with judge Blake Shelton in this week’s finale, as well as performing her original single, “Déjà Vu.” (Watch the videos below.)

Duski, who moved to Nashville from Michigan after high school where she had performed regularly with the JR Country Band, was part of what host Carson Daly called one of the closest votes for first in show history.

Posting on Facebook after Monday night’s performances, Duski gushed that she was “completely overwhelmed with gratitude” and thanked her coach, Shelton, for “believing in me every step of the way, and for letting us sing about beer during the finale.” 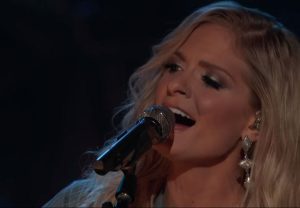 She has also consistently thanked her fans back in Michigan and her new fans across the country for their “endless support. As I read through your messages, I can’t help but think about this whole journey and how I am forever changed. Thank you for every minute of your time. No matter what happens tonight I’m going to hit the ground running to get more music to you.”

Duski, who’s been performing publicly since the age of 7, turned that polished approach into a winning strategy. Now, it will be intriguing to see how she translates her second-place finish on a wildly popular TV show into a full-fledged career as a country star.

The singer is the third Michigan singer in as many years to make a splash on “The Voice.” Last year, Ann Arbor blues-rock guitarist Laith Al-Saadi finished fourth; northern Michigan singer-songwriter Joshua Davis finished third in 2015.